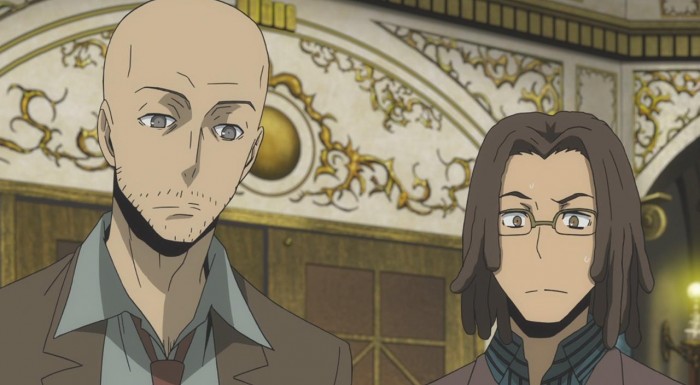 The wheels continue to spin, Durarara!!x2 continues to trudge along, with little to no regard for anyone or anything. Pacing, plot, character development and just plain old enjoyment seem to be unimportant concepts, as far as this show is concerned. Its got a story to tell and its going to tell it, in whatever manner it pleases.

I say that, because that’s exactly how this week’s episode of Durararara!!x2 made me feel. There were a ton of interesting things happening, we made small, light steps towards the big conclusion, but the show had all that happen in a way that felt hard to follow. It really does feel like Duararara!!x2 doesn’t care about its audience at all, because if it did, it would be doing things in a much better way. 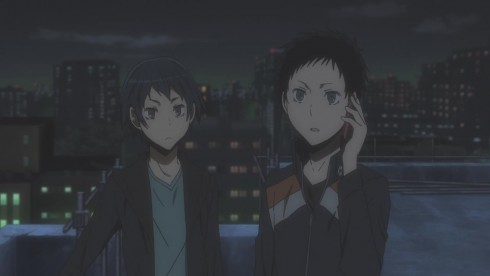 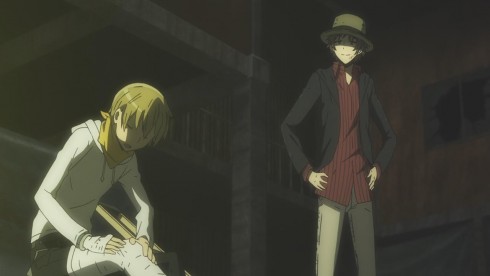 The problem, from the outset, has been this whole “multiple events happening in tandem thing”. I just can’t wrap my head around why all these events have to happen at the same time. Mikado and Kida’s story line is interesting, and its something that deserves an entire episode or maybe more to get its due. Yet, its crammed in between a bunch of other stories, each of which, just need room and time to breathe. The small reveals we do get, piece meal, are definitely good, which makes this whole situation so unsavory.

Mikado has a gun. That’s a pretty big deal, especially considering the fact that carrying guns or any kind of firearms in Japan is illegal. It wasn’t what I was expecting, but Durarara!!x2 definitely give Mikado a sense of power that feels very real. The fact that Mikado has the power to kill anyone with the flick of a finger, is a huge change in the series. Its not some kind of fictional weapon, or some magic drug or something like that. Mikado has the power to kill, in a very real, plain kind of way. And that’s powerful. 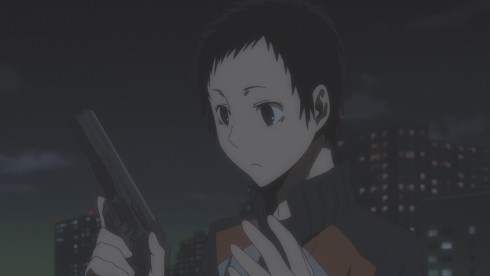 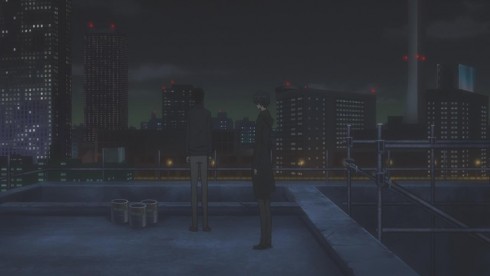 Then there’s the significance of that girls high school that’s nearby, and how it led to the creation of the Dollars… Yet, before we can really even get into that particular idea properly, and see how it turns out when Mikado ends up going to and meeting with Kida and Rakujo, the scene shifts. We move back and forth, between various different parts of the overall cast.

There’s Shizou and Izaya, who seem to be finally ready to settle things. Except, they don’t really even get to it, before we shift onto something else. The next thing is Celty, and the fact that her head finally does rejoin her body, erasing her memories and perhaps her entire state of being. But we don’t know where that leads either, because the show needs to check in  with Haruna and the Saika zombies led by Takashi. 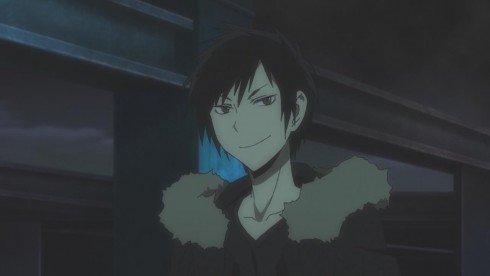 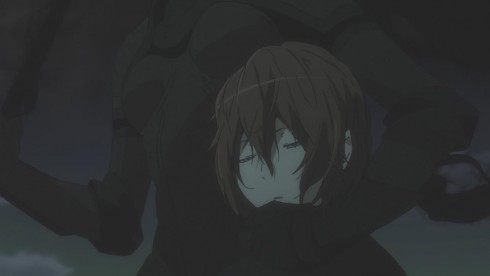 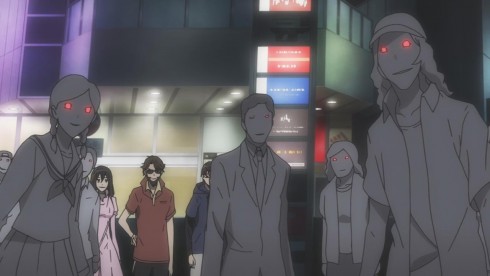 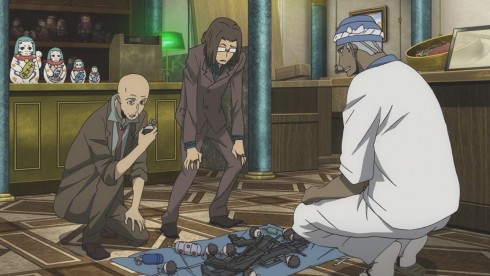 Takashi and his Saika zombies end up surrounding the Simon Sushi Shop, where of course Simon, Kine and Tom are there, and form an alliance to try and deal with the situation. There’s also Erica, who’s stuck outside in the middle of that mob.

The Saika zombie mob seems like the one thing that a bunch of the cast is going to be dealing with. We know that Anri is definitely feeling the situation, and that she’s going to look for Celty. Kadota himself, out and about after that brush with death, is looking for Celty as well. As for Celty? We know she’s back and heading down a flight of stairs, around where Izaya and Shizou are. 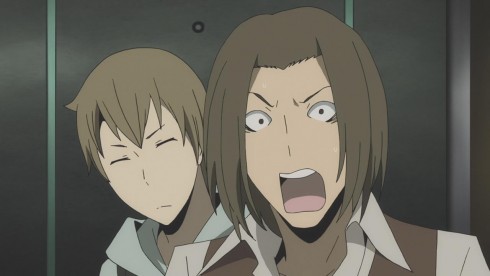 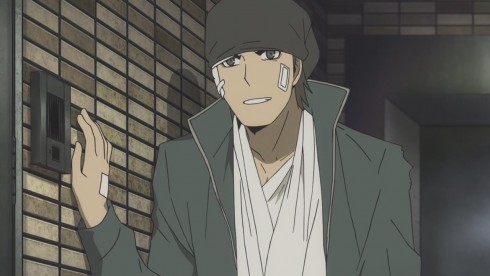 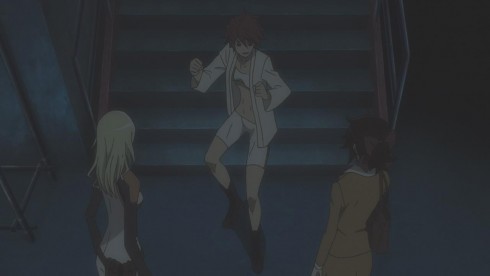 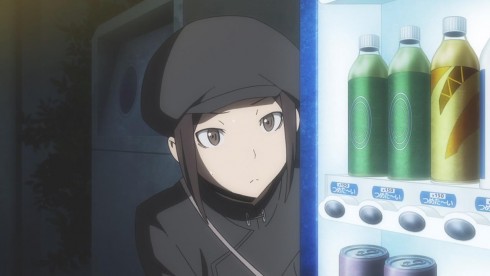 To call all of this a mess, a chaotic mess, is just understating things to a hilariously wrong degree. I think I realize, especially from the comments I read last week (particularly from bestillandlisten) that this part of the story is definitely rushed. So my new theory is this, Durarara!!x2 actually needed more time to tell its story, and the second cour, the one that we felt was too leisurely, wasn’t leisurely enough. That’s a really different change in ideas, I agree, but I think that’s because new information has come to light.

We don’t know why certain characters, characters like Mikage are actually doing what they’re doing. We never got those stories, and it actually does feel like we only got enough information to make whatever outcome we’re getting to, make sense. This adaption, in short, is just a mess. Things that didn’t feel necessary were given too much time, things that would’ve been useful to know, weren’t…. And now we are, where we are. 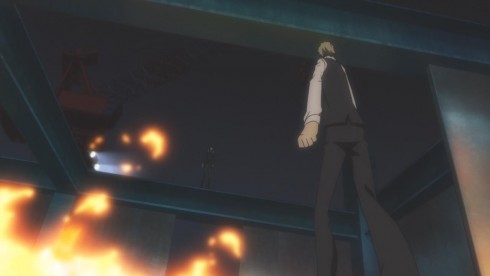 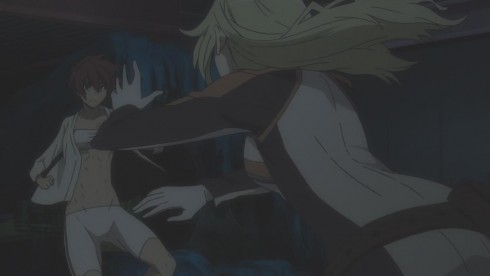 I think if we had gotten a series that had really taken its time, focused on those individual character based episodes like season one, and had just cared a lot more for its characters and source material, then the idea of recapturing the magic of the first series wouldn’t be that impossible. But it is, and its like that only because the show is just trying to fit in too much per episode, and trying to tell its story in the 3 cours that it had.

Problem is, whatever decisions and plan was made for these 3 cours, was horribly horribly wrong. It isn’t servicing the characters, the story and its frankly making me feel like I should just go and read the darn novels themselves. Its tragic, because I’m starting to believe that the adaption is the problem, more so than the story itself. Or maybe its both? Who knows? 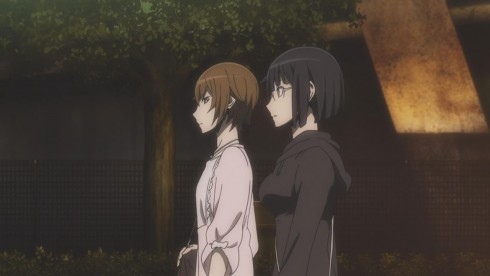 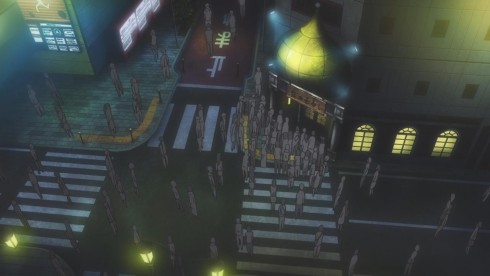 What I do know is that this show is getting harder and harder to watch, and we’re only 4 episodes away from where it’ll end. Personally? I know we have four separate locations, so one episode per location, wrapping up that particular story, would be best. Durarara!!x2 rarely does what’s best though… 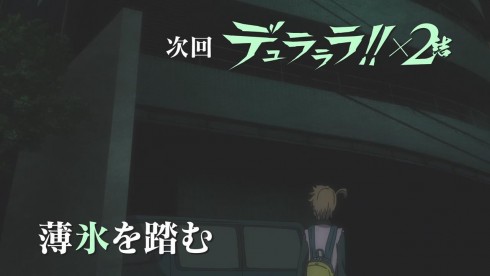 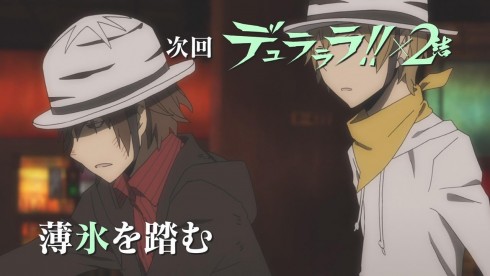 Seems like next week is going to be about certain characters getting to where they need to go… Oh boy.