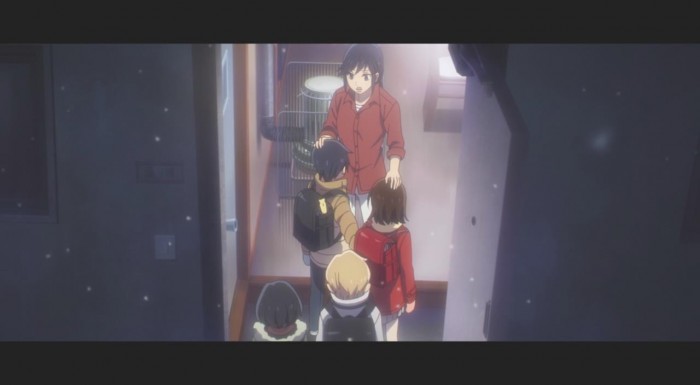 There’s really good, consistently well done anime series, and then there’s Boku Dake ga Inai Machi. Just how does this show manage to maintain that level of unpredictability, freshness and emotional power? In all my years of watching anime, there’s only been a handful of series that have even come close to near consistent perfection. Boku Dake ga Inai Machi though? It definitely stands tall, even among those series. 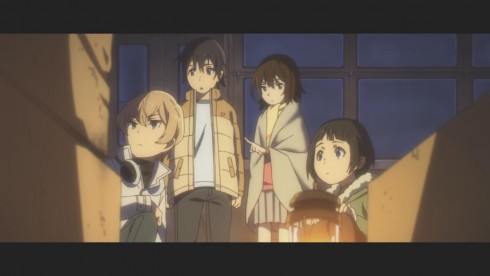 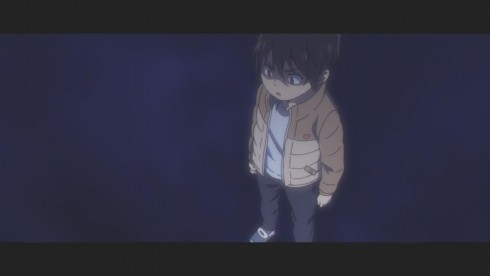 At the heart of this show’s appeal, I think, is the fact that its both a character driven show, and an excellent mystery thriller. It doesn’t sacrifice one aspect of its overall appeal for the other, but rather beautifully melds them both together masterfully. There’s nothing less than excellence and perfection in both departments, and we all know that even only one of those two things can elevate a series to near legendary status. I know I’ve been singing praises of this show since the very first episode but… Its just shocking, almost too good to be true even, how consistently great and amazing this show really is. When a show can do both character driven narrative and backstory, the sort that will make both warm your heart and make you cry, and then also have a vexing, deliberate and carefully crafted mystery that keeps you guessing at every point? There’s just something to be said about how darn amazing the people behind this particular property are (i.e Kei Sanbe-sensei and A1 Pictures).

I mean, just look at this very episode’s opener. What a fantastic play on the audience’s expectations and preconceived notions (especially my own)! If you read what I said last week, you know just how convinced I was about Kayo’s death in this episode. But the show doesn’t do that at all, it completely subverts the idea, and instead provides a creepy, tense but ultimately harmless moment of tension, one where Kayo is actually able to evade the unfortunate “bad end”. 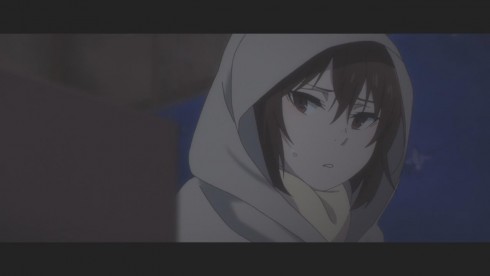 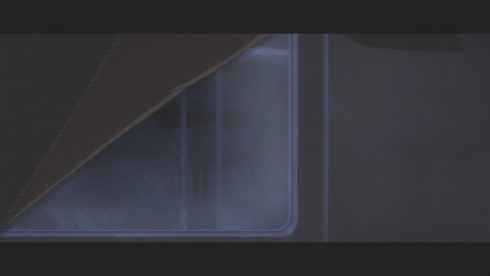 Again, like I said a few episodes ago, Boku Dake just doesn’t fall into any kind of predictable pattern. It goes for the one thing that you least expect, or even the things you do expect, but at the most unexpected of times. And I have to say, I don’t think I’ve ever seen a series or a story do something like this. Nothing is off the table, anything could happen, and you might guess right, you might guess wrong, but you will NEVER be able to accurately predict what comes next.

And in the spirit of that very idea, the show actually doesn’t focus on the mystery of the killer too much this week. Instead of tackling the obvious, the show just focuses in on its emotional core, which at this point is undoutedly the trio of Satoru, his mother and Kayo. The familial bond developing between these three is just… Moving to watch unfold. 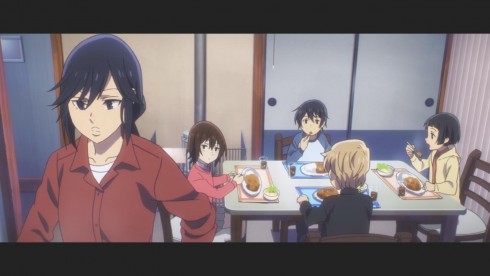 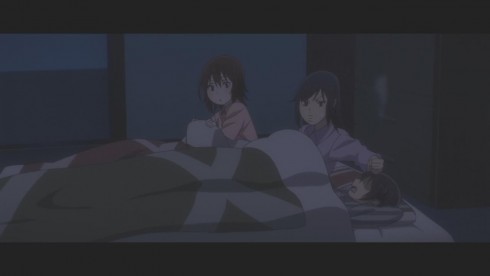 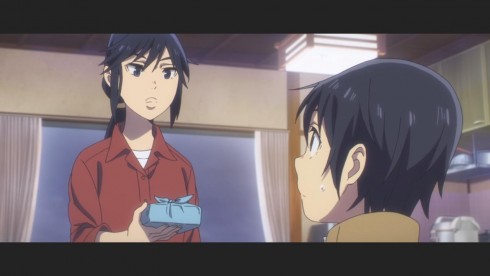 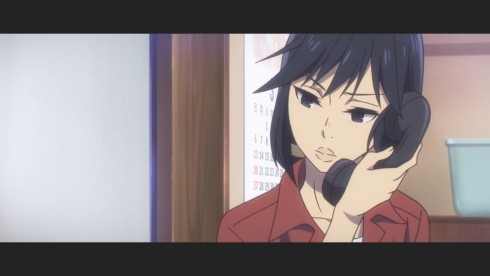 Satoru, his mother and Kayo are just exceedingly likable characters, and just plain good people. They’re good people who’ve been given a tough and complex situation to contend with, but they power through it and try their best. Satoru’s mother for example, is the prime example of  a responsible adult, and one of the best mother’s in anime, ever.

Her sharp and perceptive eye, her intense and love and pride for her son, and then her caring, loving and welcoming attitude to the young girl that comes at her doorstep, is just awesome to see. And its something to be said about this story, because the stuff that Satoru’s mom does in this episode, isn’t something I can quite expect in real life. Its a bit of a fantasy, but given the terrible situation that Kayo’s in, its just what she and the audience need. 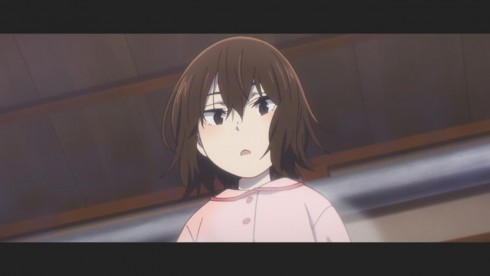 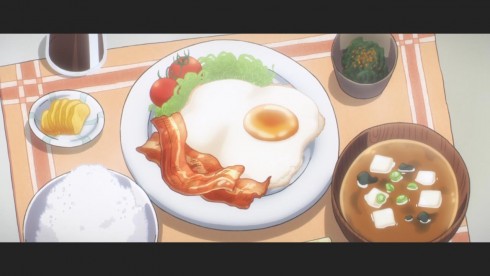 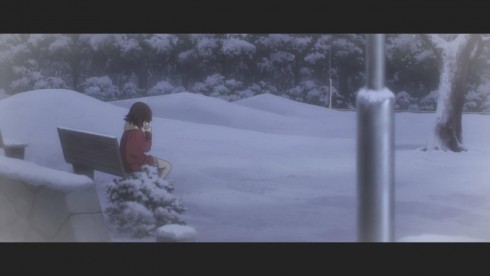 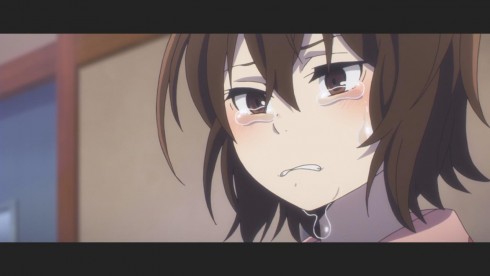 Speaking of Kayo, if you thought the last time we dove into her situation was powerful, gut-wrenching and sad, then this week is just heartbreaking. Its the way we learn about Kayo’s situation, the careful, respectful and restrained way, that just makes everything so impactful.

The scene of Kayo coming to the breakfast table, and seeing a fresh, warmly cooked meal? And then the flashes of her own daily routine? That stuff is just… too much. Its too much to handle, and I found myself shedding a tear right alongside Kayo as she cried. The normal things, the things that we take for granted on a daily basis, those small things like a friggin breakfast, is what drives this little girls to tears because she’s never ever had it… Man, this show understands tragedy and the value of those small things in life that matter so much. 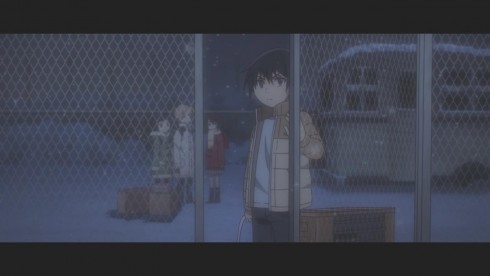 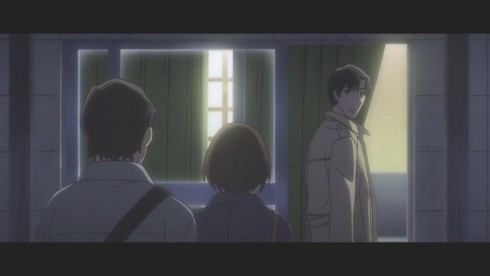 But its not like this week’s episode takes a break from the ongoing mystery of who the killer is either. There’s Kayo brush with potential death, but then there’s also the ongoing traction on Kayo’s mother and getting her out of that abusive situation. To that end, the adults (Satoru’s mother and Yashiro-sensei) both act like fairly competent people this time around, if only thanks to the little push that Satoru gives everyone.

And while things seem to progress towards a happy ending for Kayo (with Satoru’s mother potentially taking her in?), my mind kept wandering over to the sensei in this equation. There was just something unnerving, mysterious and worrying about every action this guy took. Right now, there’s no real reason to suspect the guy, but the show never lets that sense of doubt waver either. 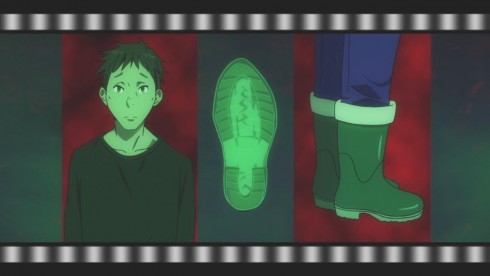 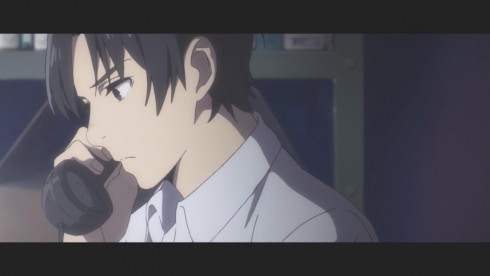 Which is great, because that sense of unease, that feeling of the unkown, is what keeps the audience guessing, week for week. There’s a high chance that the killer is indeed Yashiro, and if that IS true, then the Fujinuma family and Kayo are heading straight into a world of pain.

Like the last time things started to go Satoru’s way, there’s that anticipation for the other shoe to drop. It will drop, something is going to wrong, and its only a matter of when it does. Yet, the episode does end on a more positive note, with Kayo heading back home to confront her mother, this time with Satoru and his mother in tow. 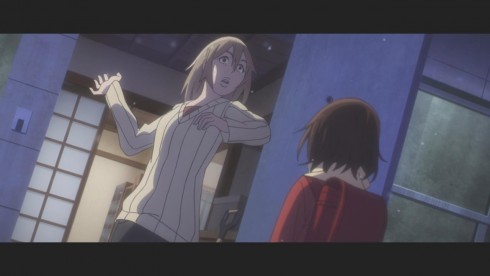 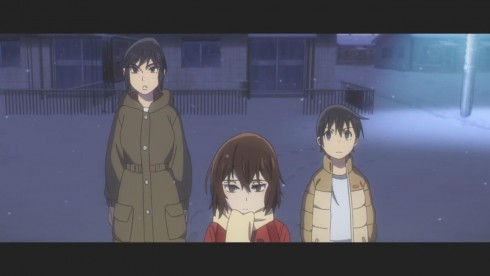 And once again, like clockwork, I have no idea where the story goes from here. Does Kayo end up living with the Fujinumas from now on? Does stuff still go wrong? Or does Kayo just exit the story for now? I couldn’t even give you my best guess, but I sure as hell can’t wait to find out next week.