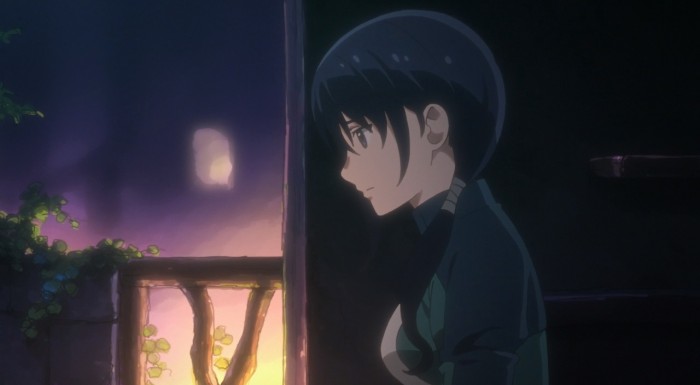 As expected this episode really was the group taking steps forward and also figuring out Mary a bit more. It was a given that we’d have to figure out a bit about this girl after such an uncomfortable introduction. And yeah, it’s about as bad as one could imagine. I will admit to some surprise that the girl was such an upbeat person before the incident. With how extreme her personality is now I would have expected someone a bit mellower to begin with. Still, it’s not a bad thing and I’m glad we at least know where she’s coming from and can figure out where the plot will take us.

And where that is going does seem to be this group and Haruhiro making extraordinary efforts to reach out to this girl. Something I can see them managing just fine. I mean Mary is clearly hurting right now. The girl cutting herself off so she won’t get hurt again and probably as well to punish herself. She was the healer and everyone died (well just about). I’m guessing the translation was a bit off for the Mary stopped smiling bit. Sounded more like “a healer who let three of her comrades…allies died doesn’t deserve to smile.” Not exactly a crazy kind of self-punishment that someone who lost her friends might put herself through. 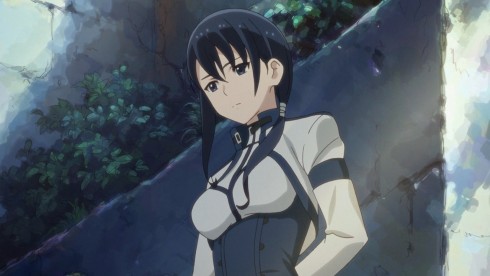 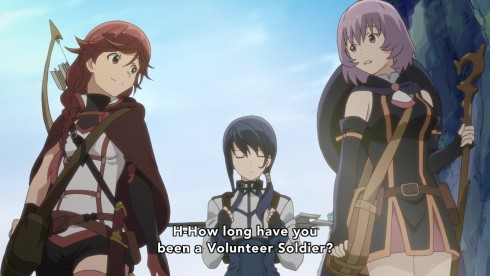 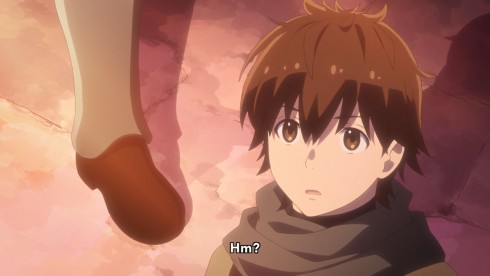 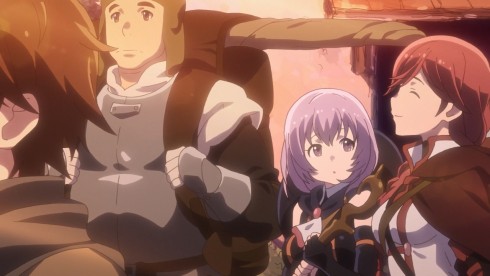 In the end it makes her more understandable. Though I do think it’s something that has to be dealt with. One of those understandable, but not necessarily acceptable. People deal with grief differently, but I think this is a self-destructive direction. Maybe not as clearly bad as someone becoming an alcoholic or something else, but it’s dangerous. Putting a gap between her and those she is fighting with could get someone hurt along the way. Most likely herself though. She’s still willing to throw herself into the mix to protect when needed. But what about the others? If they weren’t willing to really push to get to know her or it was another group, maybe they hesitate when she’s in trouble. Mary may want to punish herself or not accept happiness, but that has to be stopped soon.

I think this episode was good as a whole though. You could see their efforts slowly putting cracks in that wall she’s putting up. Even she reacted before thinking when Shihoru was in trouble. No matter how she consciously tries to wall herself off, she is still unable to stop taking action. They almost got to her as well when it came to that invitation for a meal. She couldn’t keep it up with unexpected things, slipping into a more natural state before stopping herself. It’s a slow process, but even naturally I think they could get through to Mary. 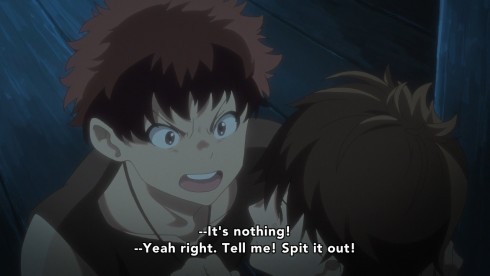 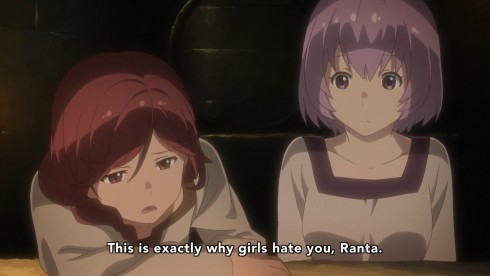 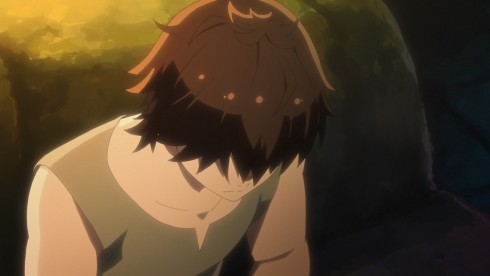 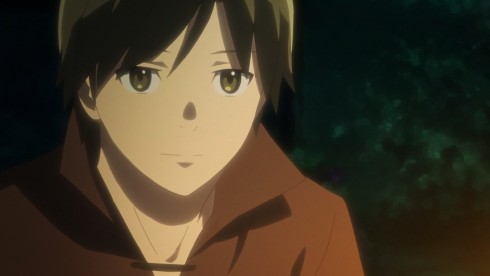 It’s all about the movement forward for the group. There wasn’t that much continuation with Haruhiro and Yume though. Just a bit of group aftermath. The one thing that I groaned at a bit is the continued implications of Ranta’s crush on Yume. It really is on the level of an elementary school student. Taunt/tease/insult the person you like and somehow that’s going to work out for you. I just don’t even like the notice of it. Yume’s too good a character to waste on Ranta.

Haruhiro dealing with the ghost/imagining of Manato was interesting. The guy is taking on this mantle and dealing with the pressures of leadership. Of course he doesn’t want this job. Though I’m sure that Manato didn’t either. It’s just that his idealized vision of the guy wouldn’t ever admit to it. I do agree though that Haruhiro can manage it. He’s very observant. Maybe he didn’t think about everything before, but he didn’t have to. There is that line he didn’t cross because he counted on Manato as the leader. Now that he’s got to take up a greater role, that ability to observe will come in handy. It did take that injury before, but now he knows they have to take more care in terms of equipment. Even Manato didn’t consider things like how Moguzo was a bit more vulnerable without a helmet. His fighting style left him needing to lock up with guys, but also always being hesitant about shots towards his head. They do need their tank to be able to take some hits. 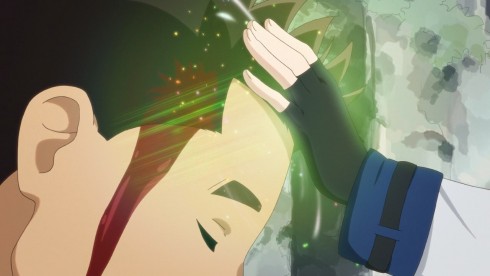 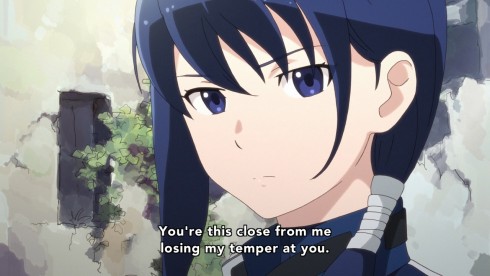 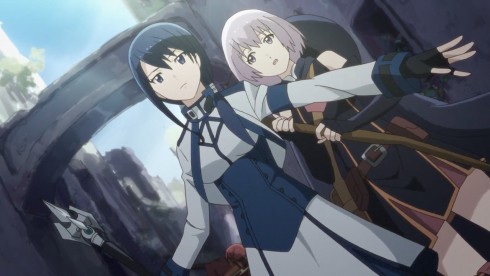 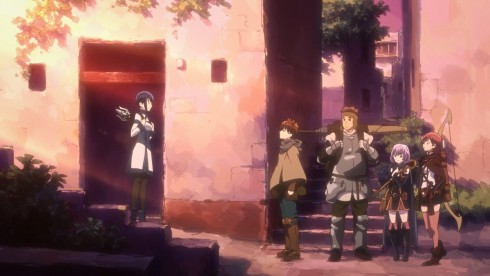 The key thing going forward is how this group will pull together. Mary is actually a pretty solid priest who has multiple points of view. It’s something to note how their groups are both different and yet similar. Mary’s group was pretty skilled, much more so than the current one. They were able to rise up relatively easily. But of course that has its downsides, they got too cocky and when things went bad…they went bad. Though a similarity is that they did have a good priest. In some ways a bit too much like Manato for my liking, but oh well. At least Mary wasn’t leading the party on top of everything else. She was just the type who also carried too much. She tried to do it all and when things went bad there was nothing to be done.

Of course it lead to her taking a nearly opposite view. Won’t take action unless absolutely necessary. In a sense that does put the brakes on a party and stop them from going too far. It’s made all the more clear to a group that they can’t do more when they know a healer won’t be helping. But it does create more tensions than are necessary. I think her approach can be fine if just tempered a bit. Healing too much is a risk and they should try to judge what injuries they can afford to live with and which they can’t. Also prevents things from going bad if people aren’t pulling out of fights to get healed or trying to have the healer do the healing while enemies are around them. 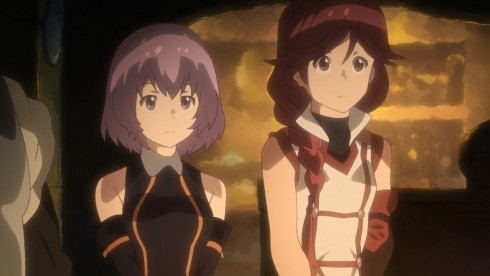 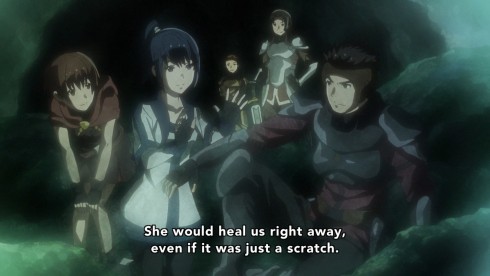 Just another strong episode for this series. It just never seems to let me down. We didn’t have the same kind of emotional gut punch this time, but the fate of Mary’s party was one to remember. It’s dangerous for everyone. A shame for both sides that a bit of confidence got them killed. Both Manato’s group and Mary’s group didn’t take all the care they could and things turned out like that as a result. Should be interesting to see just how they deal with this girl. Hard to just say “well we heard your life story…cheer up.” At least they are coming at her from a side that can understand that grief. Just because they lost one instead of 3 doesn’t mean they don’t understand the agonizing pain she suffered.