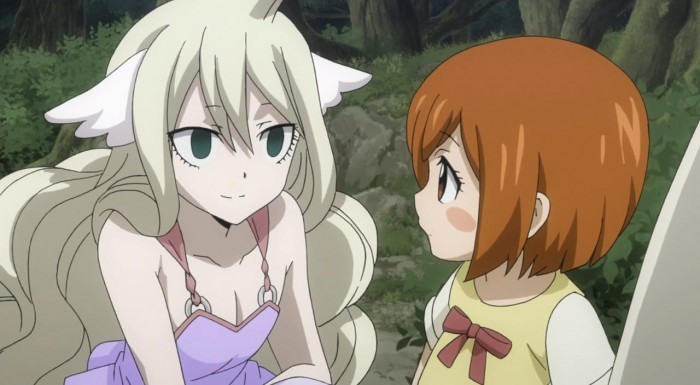 What do you say about an episode that’s just fairly standard? This week’s episode of Fairy Tail Zero was nothing overly special, surprising, or noteworthy, but its obviously a necessary step towards what will undoubtedly be the real awesome moments of the arc. For all the things that Fairy Tail Zero has done right thus far, I think I’m starting to see some of the problems and strain that this prequel story had and has, as it slowly heads toward the big creation of the guild that we all know and love.

The problem that prevents this episode and may even prevent the entire arc from achieving true greatness, is the fact that the “enemy” of the arc just isn’t all that interesting. Blue Skull, both as a guild and as an antagonist just isn’t all that imposing, despicable or hateful. They’re you’re stereotypical bad guys, the guys who occupy a town and then slowly bring it to ruin, while using their magic. 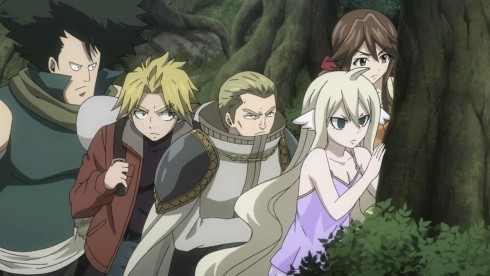 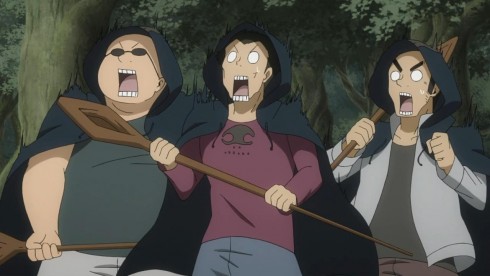 The idea by itself, isn’t bad, but I think the problem is that Blue Skull just hasn’t been developed all that well thus far. They’ve got a guildmaster that seems to be somewhat threatening and evil, but the first impression we get from him, is pretty lackluster. There’s no depth to him yet, nor is there anything that makes you particular root for Mavis and co to take him down. The best analogy I can put forward, is that of a wall. Blue Skull is a wall in front of Mavis and the rest, and really all they need to do is develop the strength to be able to break through it.

A wall isn’t a terribly exciting opponent to face though, no matter how sturdy it may look. What is more successful is the impact of Blue Skull on Magnolia, and the starts of what seems like a very interesting relationship between Fairy Tail and Magnolia. 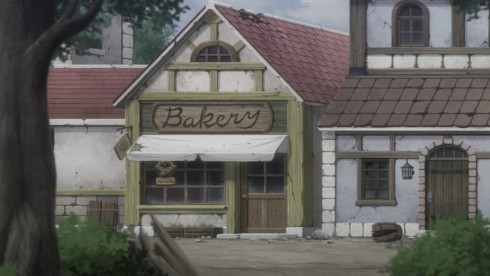 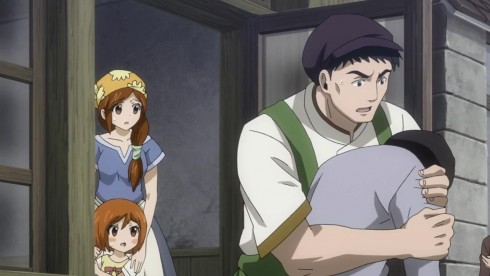 I’ve always wondered why Magnolia is so tolerant and even prideful of Fairy Tail being within it. After watching this episode, its pretty clear as to why Magnolia holds Fairy Tail in such high regard, and its because Fairy Tail is the anti-thesis to Blue Skull, and is probably what saved Magnolia during this time period. As soon as we saw Mavis and the gang slowly but surely begin to feel for the town’s people, for the little girl in the bakery, the gears just nightly slid into place.

It’s obvious that Fairy Tail ends up saving Magnolia from Blue Skull, and then continues to put the town under its protection, both by just being there, but also by now being the bullies, ruffians and degenerates that Blue Skull is. Its a beautiful contrast, and its such a clever little idea that provides so much context into Fairy Tail and Magnolia as a whole. 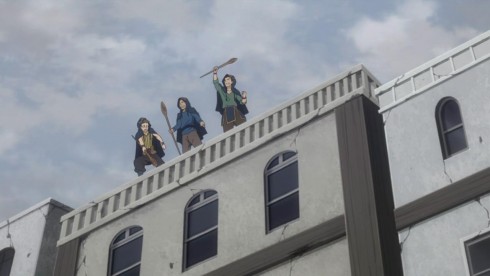 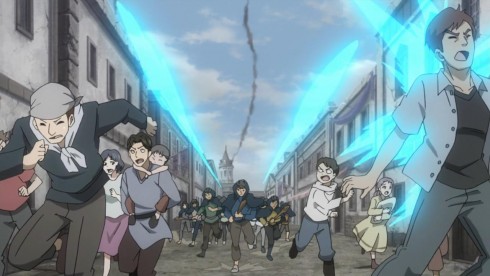 It also makes me wonder, how back in Natsu’s time, Fairy Tail’s disbanding is going to affect the city of Magnolia itself. Its clear from this episode alone, that Fairy Tail is like the guardian angel of the city after all.

But while the prospect and connection to the present/future did get me excited, I can’t say the actual showdown with Blue Skull was all that memorable. I almost wanted Blue Skull to step up a bit, to do more, to be more hateful. I think One Piece, for example, does a stellar job of building up its villains as characters that just NEED to be taken down, not just for the story to progress, but for all the innocents to be able to wake up from the terrible living nightmare they find themselves in. 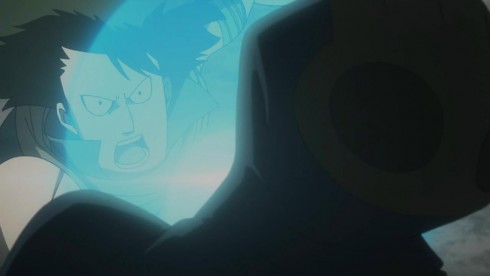 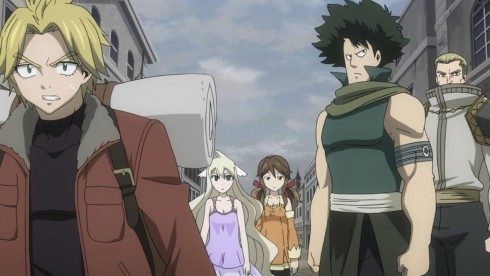 I’m almost of the mind that this is one case, where Fairy Tail’s faster pacing works against it. This was a particular point in the story where we needed to soak in the misery and pain of Magnolia, so that the emotional investment for the battle against Blue Skull was there. It’s just all over too quickly.

Mavis and co encounter that girl and her mother, save them, head into town with them, hear their story and then run into Blue Skull. The Blue Skull meeting goes about how you’d expect, and Mavis loses pretty spectacularly, while both Yuri and Precht get seriously injured. The group is actually supposed to run away just to survive, but again, there’s no desperation in even that escape. 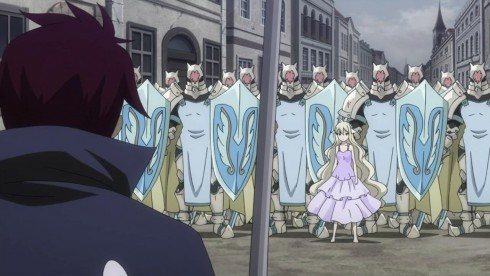 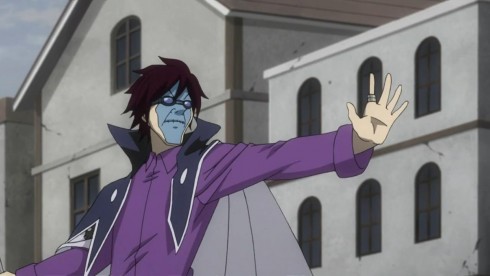 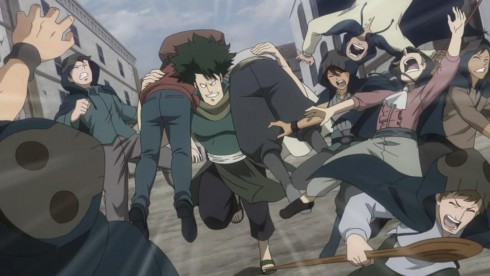 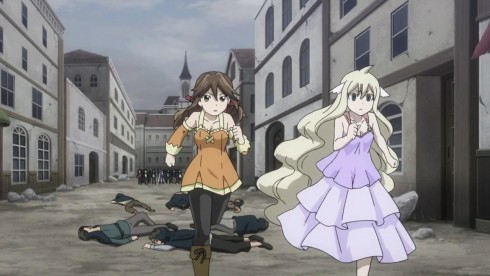 Warrod grabs his two comrades and just “pushes through” and is able to get them all to safety. And Blue Skull? They just let them go? Why? It just doesn’t add up. The way Blue Skull is, you’d think they’d enjoy tormenting them now that they dared to stand against them.

The more obvious reason is that Mavis and the rest need to get away, because obviously they have to come back stronger at some point. The issue I have with that, is that it could’ve all been done better. We could’ve gotten a serious chase scene, and more of a struggle, rather than giving the group a clean and easy getaway. 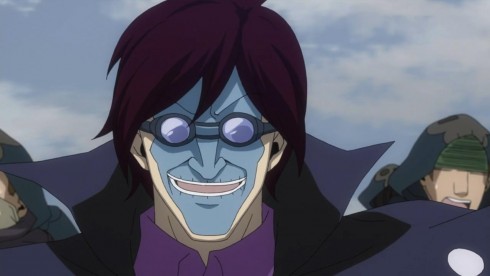 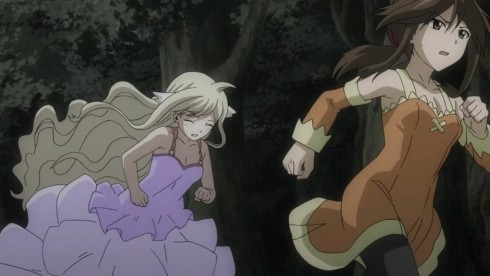 Both of these issues, the issue of the whole setup happening too fast, and the escape, are issues that I think rise from the fact that Fairy Tail Zero seems like a very short, quick story. There are parts that just need expansion and consideration to them. That extra polish I think, would make this arc fairly well done. Again, I’ll point to One Piece, and how it’ll take 10-15 episodes just to establish the grim situation by providing a lengthy flashback. Fairy Tail Zero needed that extra story, it needed to either have us really feel for Magnolia, or really feel a sense of hate for Blue Skull.

It doesn’t do either of those entirely well, but rather just kind of checks off some boxes and moves. Bad Guys? Check. Town in need of Help? Check. Bad guys too strong for the heroes at the moment? Check. 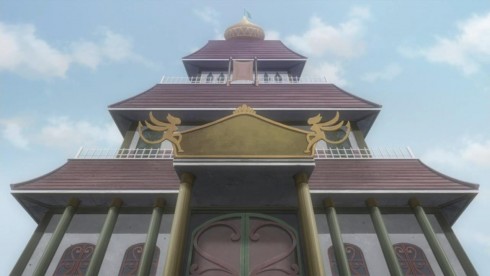 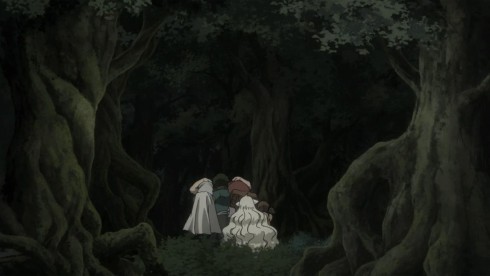 I realize that I’m being a bit harsh on Fairy Tail Zero here, but I think its because of that solid start (much like Tartaros… XD). The start was just such a great combination of emotion, twists and powerful surprising moments, that my expectations were just set really high from the get go. Now that Fairy Tail Zero is starting to stumble a bit, or just kind of go through the motions, those little blips and issues are just feeling a lot more magnified.

The last thing I’ll say is that the preview got me really excited for the next episode, but I almost wish I hadn’t seen it. It really did spoil a pretty major twist and powerful moment, one that makes so much sense but one that I just hadn’t thought of or put together yet. Avoid that preview if you can. 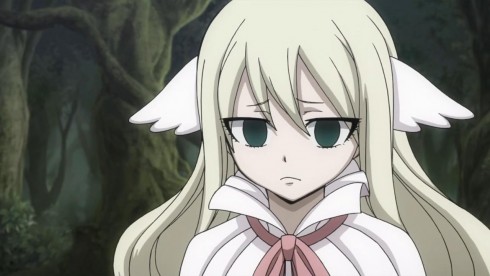 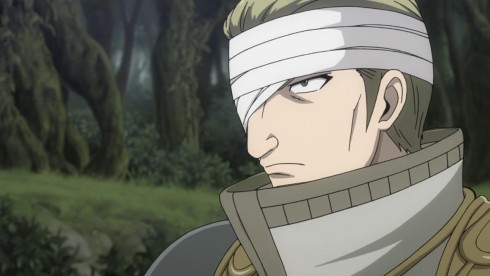 Don’t watch it. DON’T. Enjoy the surprise next week!