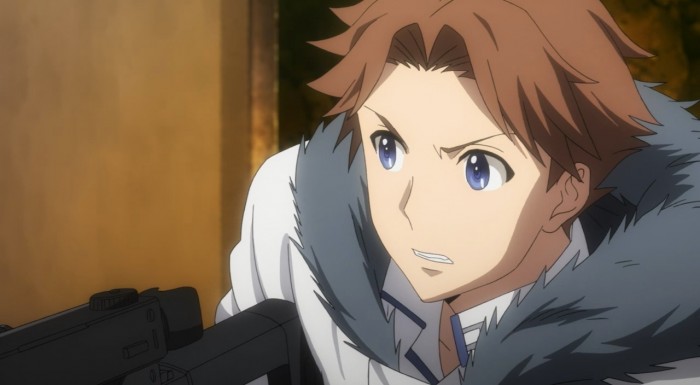 Just when you thought being shot in the back was bad, Qwenthur actually manages to get in a worse situation by the end of the episode. Props to him. Of course things are amazingly worse by the end of this episode than they were last time. At least Qwenthur ended up relatively uninjured after the last episode. He lucked out in that Nutsley is a pretty bad assassin. I mean what kind of guy just walks off and doesn’t make sure the others are dead? Just take 2 seconds to shoot them in the head. Kind of overkill, but if you are blowing your cover like this then it’s best to be efficient. Not like he wanted Qwenthur alive or he wouldn’t have shown up at the end here to attack them. Maybe there is a bigger plan at work, but it just seems like Nutley is incompetent. Kind of curious how Qwenthur will manage to topple this guy. I presume throwing his best friend the hand axe XD. 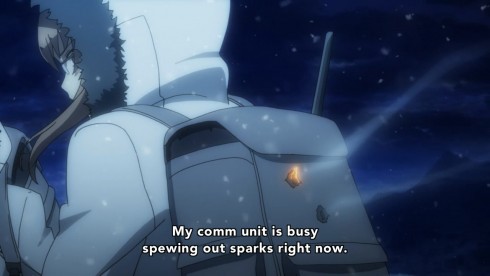 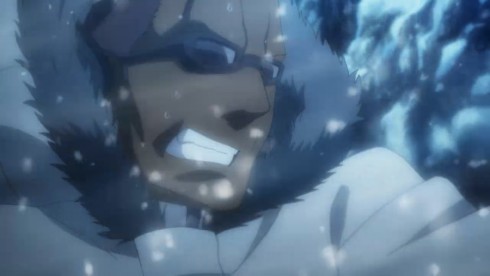 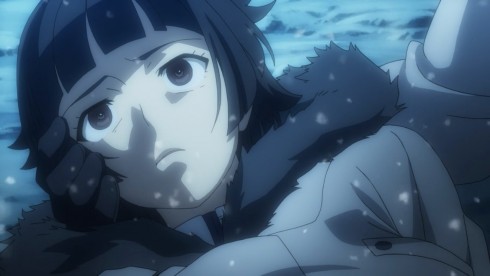 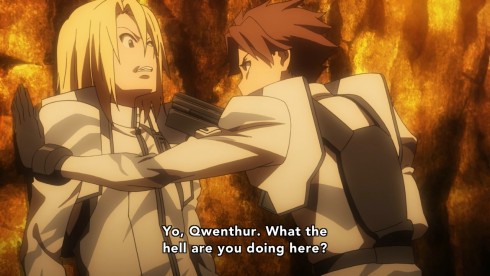 Regardless unless things change this was a pretty messy arc for the side characters. Charles is definitely 100% dead there. Sadly Havia’s group ended up with a pretty decent body count as well. I really feel for Havia. He did his best to keep things stable and tried his best to topple an Object even without Qwenthur’s crazy ideas. It just blew up in their faces and most of these characters don’t have main cast plot armor. Now maybe they miraculously survived, you never know, but for now they are pretty darn dead. Their plan wasn’t a bad one. Don’t attack the Object head on, just strike precisely when it would be in a vulnerable position. Sadly…they didn’t know the full specs. No one knew that thing could basically fly around. Not far, but it could launch itself up and float across the cavern.

This showed just how terrifying Objects are. That thing didn’t attack them. It was just crossing the cliff and two people died. Just being nearby got them killed. I’ll give Havia credit for being rational. They had to move and didn’t have time trying to recover bodies or dog tags. He’s good at being decisive. Their attack failed…so run. Going somewhere that might have been full of soldiers was better than taking on this Object again. At least their survival based purely on luck felt a bit better than Qwenthur surviving based on well incompetence. Nutley shooting their equipment, but not finishing them off. I kind of hope he did it on purpose so he doesn’t seem entirely stupid.

Will also just say it was something seeing Havia flip out on Qwenthur. Of course he wouldn’t shoot his friend, but it’s easy to forget he just lost 2 people out there. He was legitimately pissed off about that. Had to wonder what the hell Qwenthur had been doing for this to happen. Heck Havia almost lost the only person of his group who did survive. She was looking pretty darn….gone for a moment there. 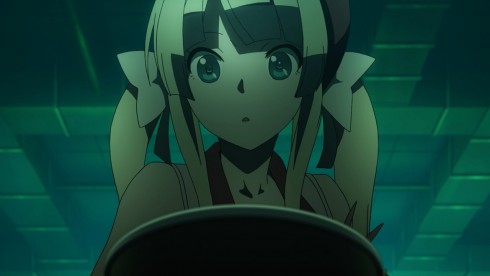 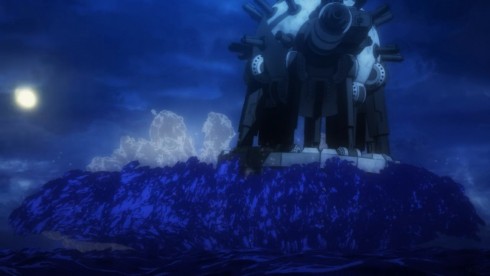 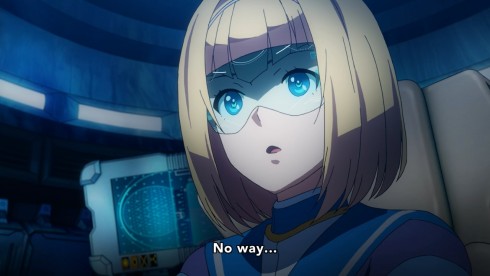 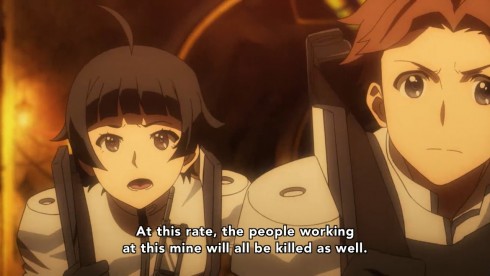 The plan by the Faith Organization though is pretty brutal. Trying to use Baby Magnum to massacre civilians they don’t want to keep alive. All these replacement factions for the old countries are pretty bad. This group being so focused on ideology that any different one is considered evil and dangerous. Just a bunch of people wanting to work and live in peace are being sacrificed. Of course it’s not like the Legitimacy Kingdom are any better. They are the ones coming out there trying to rob a diamond mine. They should know there are civilians, it’s a freaking diamond mine. Yet the people on top want the money so badly they are lying to their soldiers and telling them this is a military strike against military assets. It’s just that the Faith Organization is more scum since these are their civilians that they should be protecting.

Show was pretty quick to say “yeah this girl is basically Qwenthur’s childhood friend.” Oh well, nothing really wrong with that. I’m guessing her role in all this will be reporting what the Faith Organization did. I think her reputation will make a major leap if she’s the person reporting something this big. Of course might end up with her doing more military reporting which she doesn’t care for…so who knows. Either way it’s a good thing Milinda is out on the battlefield and doesn’t know about this girl. Could get rather messy. 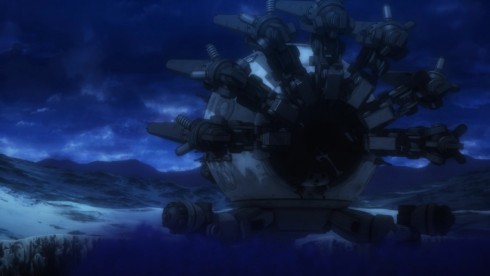 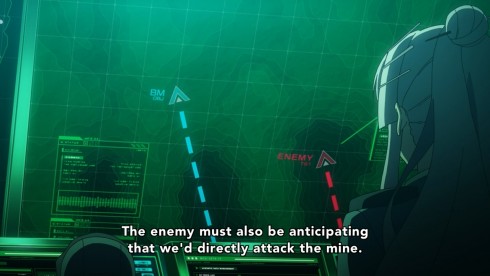 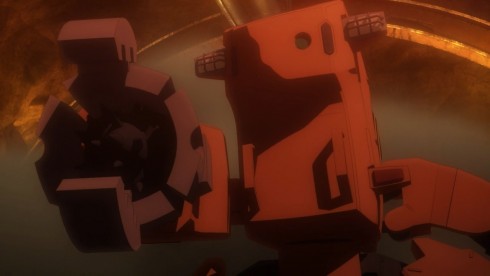 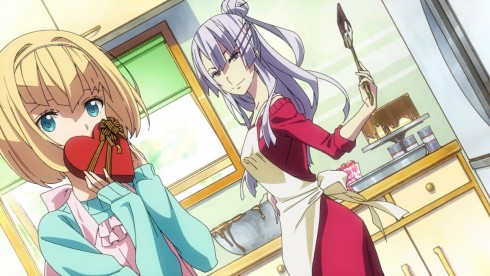 I did enjoy the combat yet again. Milinda is being played, but it’s not like she isn’t giving her all and trying to find an advantage. When you are the one with the less advanced Object you have to try anything to get an edge. She’s doing fine because they want to use her to kill the civilians. Sadly…that situation could change the moment she attacks the mine. At that point the Faith Organization has what it needs. Then they can just take Baby Magnum out and proclaim themselves the heroes who avenged the poor workers.

Not a bad episode. I think it managed to keep the pace going nicely in this one and had something going on for most of it. They did end on a tricky note with that powered suit attacking. They don’t really have time for Nutley either. They have to hurry and get the plan going. If they can create the opening for Milinda to win the fight then she won’t have to attack the mine. Should be interesting to see how this all works out.