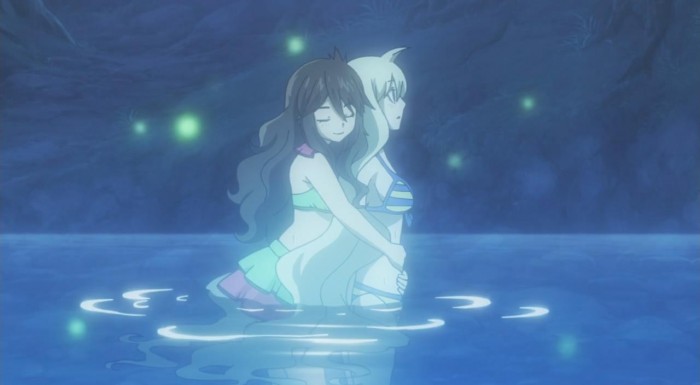 Sometimes an episode is little more than what it advertises on the surface. This week’s episode was very much a case of being exactly what it seemed like from last week’s preview, a breather episode. A breather episode… in a story arc that’s already had several. I don’t think that’s particularly bad per say, as this week’s little dive into the past escapades of Yuri, Warrod and Precht was fun and entertaining, if not a bit redundant. The issue is something else entirely…

Yuri, Mavis, Warrod and Precht’s group dynamics are undoubtedly one of the strengths of Fairy Tail Zero, so I think getting to see more of them and their growing friendship in a more relaxed setting is pretty nice. The problem with Fairy Tail Zero, I think, in general, is more to do with the fact that Zera just seems to be an odd enigma in the story, one that continues to just jerk me out of the experience, again and again. 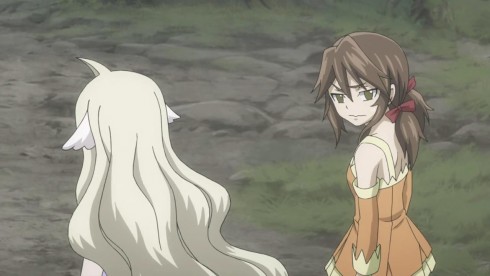 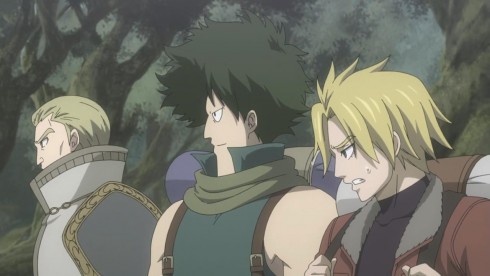 Its just so darn odd, to see nearly everyone in the cast just pretend that the whole Zera issue doesn’t exist, or that she’s some weird quirk of Mavis’s. In the original story, I’m sure the pacing was quick enough for no one to really notice, but I think every week, as it grows longer and longer, the issue of Zera’s existence grows more and more problematic.

I’m not sure what the big reveal is at the end, and I’m sure it’ll be nice and all, but the problem is that whatever big plot twist is being setup, it shouldn’t be superseding and ruining the journey to get there. Zera, whether she’s a ghost or a figment of Mavis’s imagination, needed to be better integrated into the story at large. 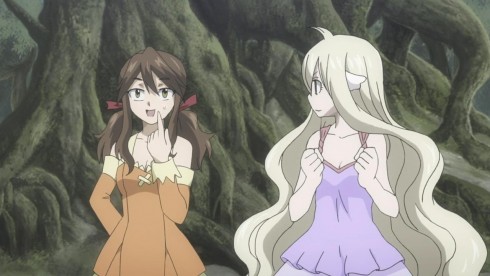 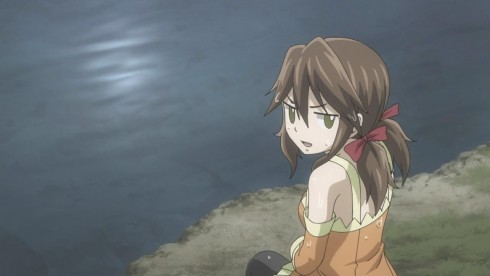 Zera is an interesting character and her bond with Mavis is undoubtedly the emotional core of Fairy Tail Zero’s story. Its because Zera and Mavis are so interesting, that I feel like having Zera cut off from interacting with Warrod, Precht and Yuri is just such a missed opportunity. I would love to see Zera interact with Warrod, or Yuri or Precht. It would be interesting, entertaining and I feel like Zera would really add something to the group.

And whatever earth shattering fact is going to hit Mavis, I don’t see why it couldn’t just the group as a whole. If Zera is already dead (which the series seems to be hinting at) then having her as a ghost could’ve worked with everyone. Everyone falling into shock, realizing that one of the girls they’ve been traveling with, is actually dead, would still be powerful. 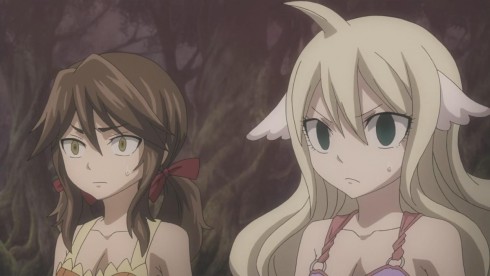 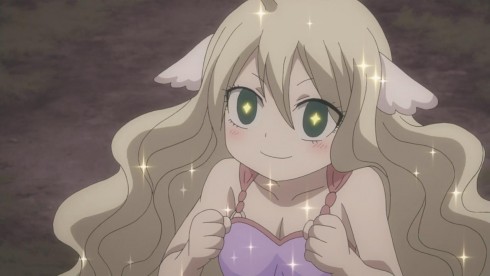 Fairy Tail is a story and a world where magic exists, so there’s wiggle room to have Yuri, Warrod and Precht share the experience of whatever pain or surprise or whatever Mavis is set to endure with regards to Zera. Hell It would’ve been cool if Yuri and Zera had developed romantic feelings for one another, or any of the other characters had. Or if they hated one another or couldn’t stand each other.

Right now, Zera feels like a distraction, a glaring flaw and gaping hole in an otherwise pretty solid fantasy adventure story. I sure hope there’s some reason for isolating Zera from the rest of the cast, because right now it really is starting to really impede my enjoyment of everything else. 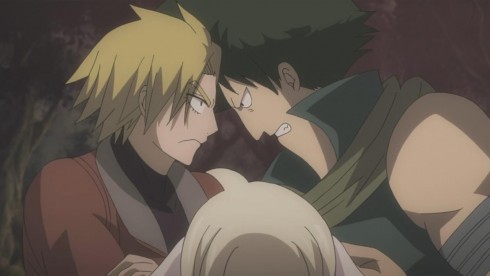 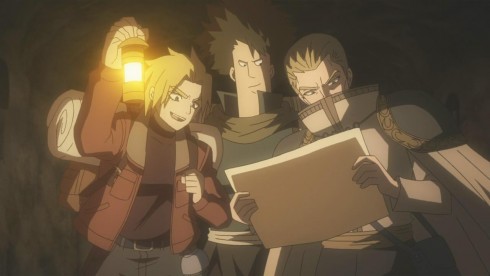 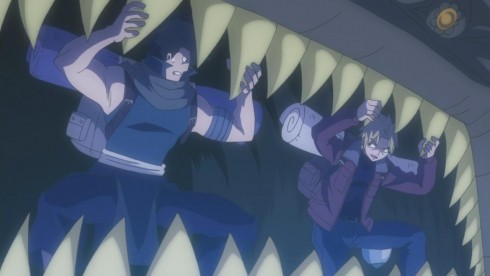 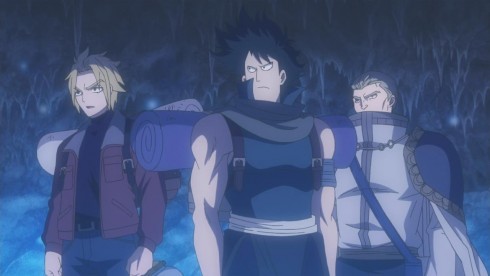 Everything else is really awesome too, so its a darn shame. The actual story of Warrod and Yuri being at each other’s throats and senselessly bickering like good friends do, was a nice one. Seeing the trio in action before Mavis was interesting, although I don’t think we learned too much new stuff there. Yuri is brash and reckless, Warrod is the worry wart and the more careful one, and Precht is the quiet one that serves as the most capable and dependable of the three. Its stuff we already know, if only because the last few episodes have already done a pretty good job of laying that all out for us to see.

One thing of note, was the fact that there was a more direct call to Magic, or the lack thereof. At the moment, Yuri, Warrod and even Precht all don’t have magic in their lives, but there is a sense that all three of them really would like to have some kind of power. Zera too, for that matter. 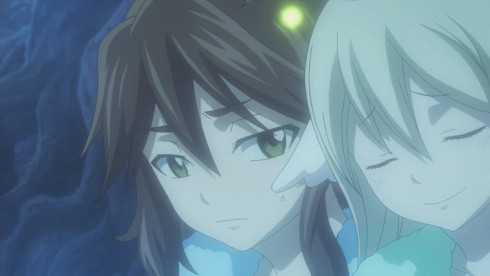 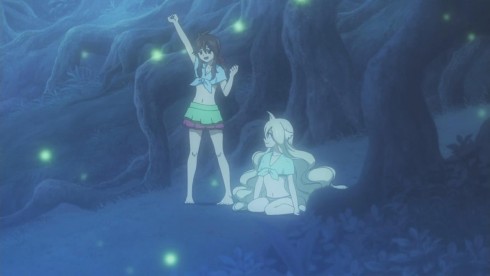 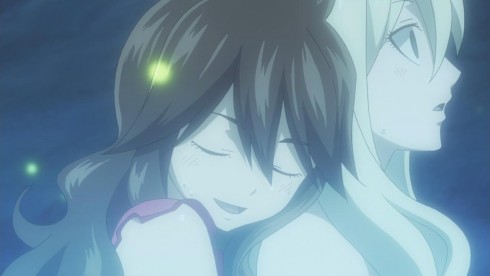 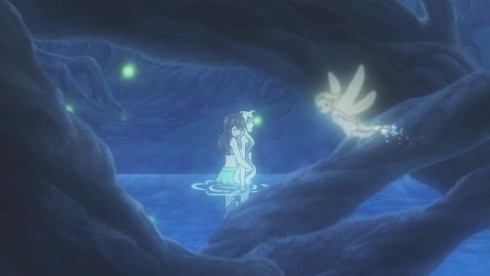 I know I criticized the whole situation with Zera, but there’s no denying the fact that her chemistry with Mavis is pretty darn amazing. The moment the two share in the lake, is a tender one, and one that I’m sure will serve to break a few hearts later down the line. Zera and Mavis’s bonds is actually one of the highlights of the story, and that’s impressive, given the issues I mentioned with Zera earlier. I think as characters, every member of the cast stands out as something unique and interesting, and that includes Zera as well.

The episode actually ends with the gang finally making it to Magnolia, but the initial look we get at the city is far from what we’re used to. It seems like much like how Tenroujima was starkly different in the past, Magnolia itself isn’t the bustling, cheery town that it becomes during Natsu’s time. The Kardia Catherdral, for example, has a giant dragon Skeleton on it, and is in tatters. Using that Cathedral is a particularly clever idea, since its also the place where Laxus ends up taking on Natsu and Gajeel during the whole “Laxus tries to take over Fairy Tail” arc. 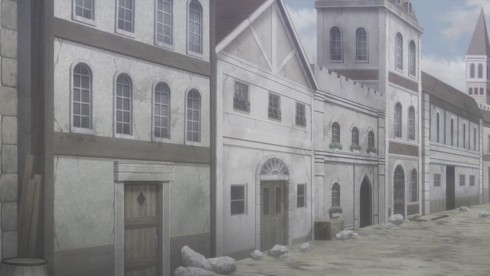 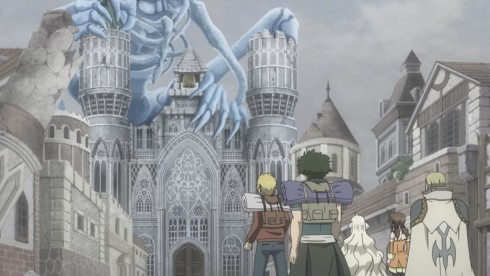 With the end of this week’s episode, I’d say all the detours and side paths have been taken and done with. From now on, I think Fairy Tail Zero will settle into the major conflict between Mavis and BlueSkull. I think that once that particular part of the story kicks off, the issues I have with Fairy Tail Zero as a whole should dampen a bit, if only because we’ll have enough going on to direct our attention away from the big trump card that the story thinks it has.

In the end, even with its problems, Fairy Tail Zero continues to be an endearing little story. I think its telling that even at what I’d call its lowest (which is this week), its still better than some of the lower points that we had to deal with in the Tartaros Arc. Of course, the arc seems like its barely getting into the meat of the story, so there’s plenty of room for slip ups I guess. If Fairy Tail Zero can continue to remain even at this base level, then I’d say it’ll be a good time from start to finish. 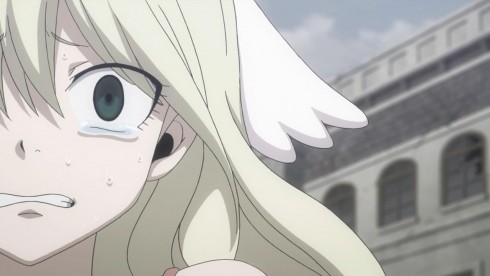 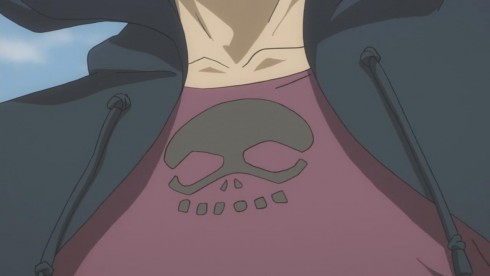 Seems like the story is going to take a darker turn starting next week. Lets see how the first meeting with Blue Skull goes, next week.