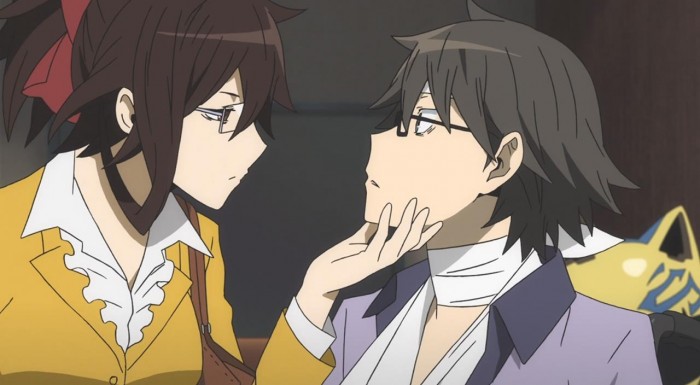 Well that was a nice change of pace, wasn’t it? Durarara!!x2 is finally starting to progress toward something, with the first of our major plot points heading straight into the end game, or so it seems. With it, we’ve also finally been given a more clearer idea of just who the players are, what teams they’re on, and what the overall stakes are. And yet, even as some storylines head toward an actual conflict and potential resolution, the story is STILL setting up future events. So in many ways, I guess its business as usual when it comes to Durarara!!x2.

If there’s one thing this episode really made clear to me, its that Durarara!! as a franchise, has had a very solid problem going as far as the first season. The problem, is that the show simply has too many diverse and complex characters that act more like wild cards. There’s no clear sense of anyone being truly evil, or villainous. Izaya’s probably the closest we had to a villain in Season 1, but the show and franchise have gone to great lengths to color him as more of a chaotic neutral character, a true wild card that desires chaos and is on his own side, rather than something more tangible. 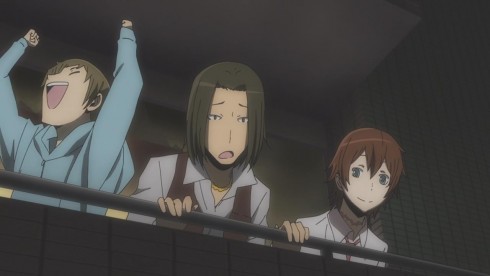 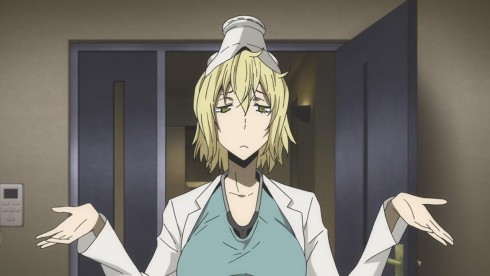 That’s a serious problem, because even if Durarara!!x2 went to great pains to develop its world and all those micro-scenarios inside it, there’s no conflict if there isn’t a protagonist and an antagonist. Izaya had Cetly’s head, but he wasn’t exactly going to do anything too twisted with it, because Izaya’s not that kind of guy. Mikado, Anri and Kida had their issues and their secrets, but to be honest, if they just talked it out, the issues would more or less resolve themselves.

But things resolving themselves isn’t altogether too interesting, nor is there any drama or interesting moments in it all. I think one of the few criticisms I heard about Durarara!! season 1 was the fact that the whole Mikado/Kida conflict seemed like it petered out at the end, and ended with a whimper more than a bang. I had similar opinions of the ending, but overall I found the whole situation to be pretty engaging. 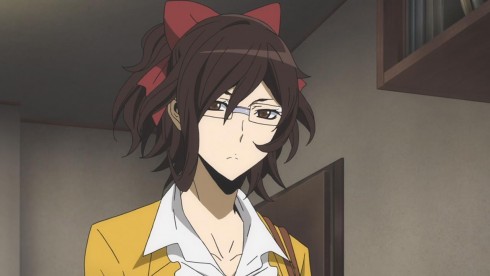 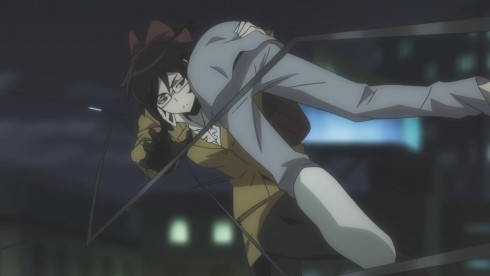 Look, what I’m trying to say is that the show has had a need of solid antagonists and villains as early as season 1. So Durarara!!x2, by and large has been on a mission to setup some conflicts and create some villains for the very purpose of DOING something in the interesting world its created. That’s why we’ve had Mikado go down his whole path of darkness, and why a character like Kujiragi (Through Yodogiri Jinai) was created. Kujiragi’s here to act as proper antagonist, and one that’s meant to have the Saika-like inhuman traits while also being somewhat of a misunderstood and tragic being.

Do either of these big gambits work out for Durarara!!x2? Its hard to tell yet. I’m not sure if the Mikado thing is going to lead to anything meaningful, but I can say that Kujiragi as a villain just isn’t all that interesting. Part of that is because of her emotionless persona, the other is the fact that another Saika powered strong female is just… too redundant. 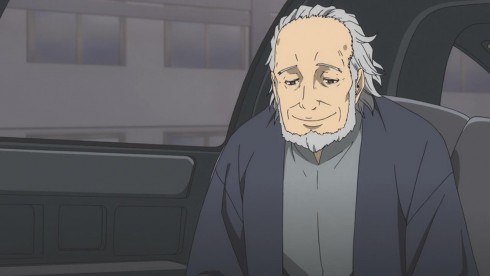 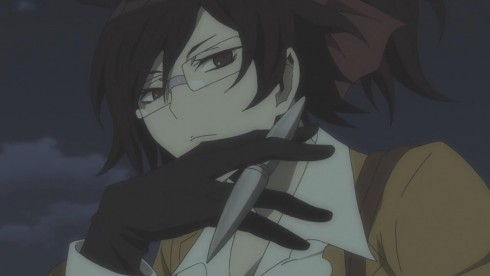 We need a villain with charisma, with true deviousness, something like what Yodogiri Jinai represented. An old man that’s wiser, sneakier and slimier than Izaya? And who’s in it all for the money? That sounded like a much more interesting prospect than what we eventually got. Part of me is hoping that the whole “Yodogiri Jinai is a moniker” stuff is just a giant smokescreen, and that there’s an actual Yodogiri Jinai that’s pulling the strings. But unless the series goes for another upset we’re stuck with what we have.

And what do we have right now? We have Kujiragi kissing and taking over Shinra’s mind, and we’ve also Celty basically regressing into a formless shadow entity. Why? Its unclear what Kujiragi did to Celty, and how she lost her form, but its happened. She’s already used Varona to secure the head, and it seems like she’s trying to get Celty to rejoin her head somehow? I’m not sure. 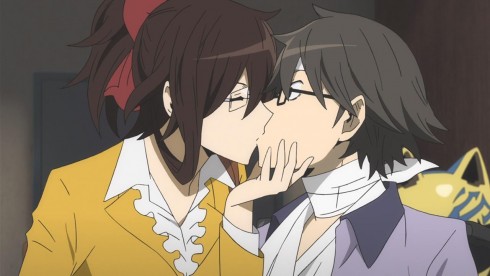 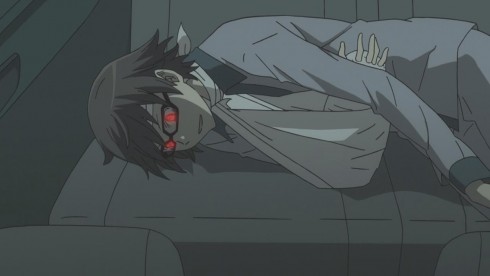 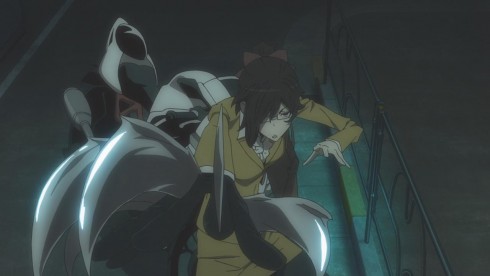 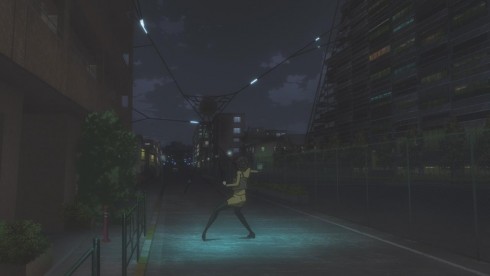 Its unclear what Kujiragi’s endgame is here, but she’s definitely changed things. She’s captured Celty in her Saika wires, secured her head, and also pitted certain characters against one another.

In all of this, Varona remains one of the more fascinating characters. The fact that there’s a woman in the cast that’s crushing over Shizou, and having her heart break as she realizes that she’s lost any chance of being around him anymore, well… That’s powerful. FEELING something from Durarara!!x2 is something rare, so I’m more than happy to feel like there are some actual stakes in this situation. 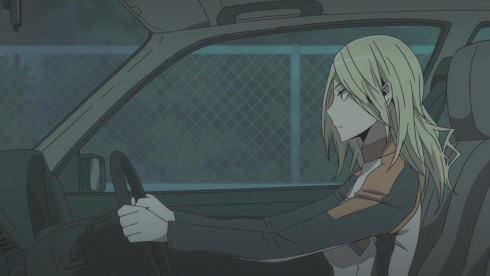 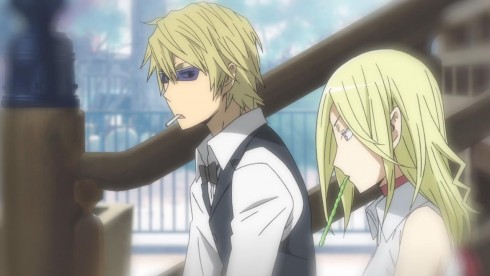 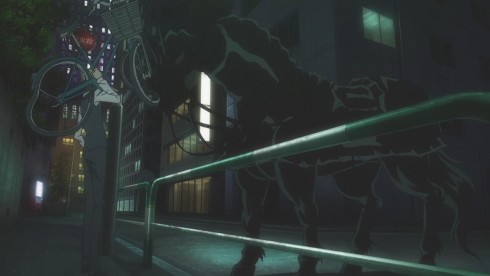 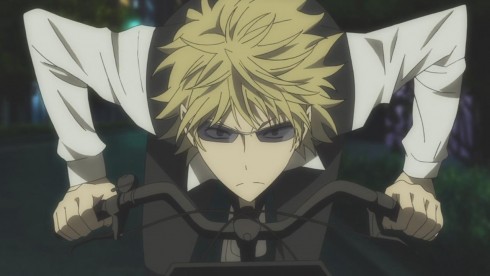 The hope is that Shizou is actually able to get her out of whatever dark hole she’s thrown herself into, but who knows where the story goes from here. Right now, what we do know is that Celty’s horse has Shizou in tow, and is rushing over to help. Shizou is convinced that Izaya is involved somehow, but so far, it seems like Izaya is content to take a back seat and just sit on the sidelines, as far as this particular situation goes.

Meanwhile, on the Dollars side of the story, Kida survives Izumi’s onslaught, mostly thanks to Chikage’s timely assistance, as I more or less guessed last week. Seems like Chikage has made another friend in Kida, and that he’ll join in his side in the big conflict with the Dollars and Mikado. Its interesting setup, but its still setup. I’m getting frankly tired of seeing Durarara!!x2 setup stuff on the sidelines again and again. 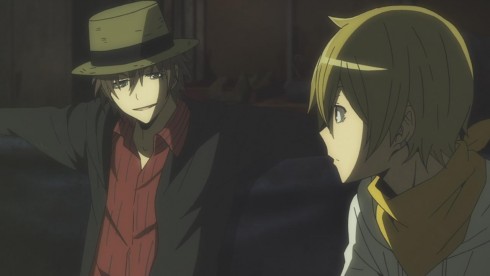 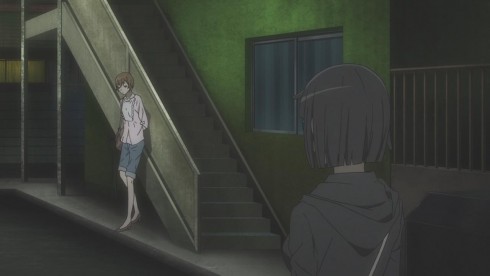 To that end, I’m not exactly sure what Anri’s meeting with Saki is going to lead to either. I’m assuming it’ll just be another conversation that won’t amount to too much, beyond just giving Anri something to do while the other things are happening all around Ikebukuro.

So, as a whole, was this episode good? Uh, well… Kind of? There’s progress, and I was generally interested at certain parts. The Celty stuff that’s happening right now is definitely interesting, even if my emotional attachment to that particular story isn’t all that much. I’m interested in what Varona ends up doing, and how this whole Celty situation ends up resolving. We’re only 5 episodes into this cour, but thing seem to be progressing at least. That’s a good sign… I think. 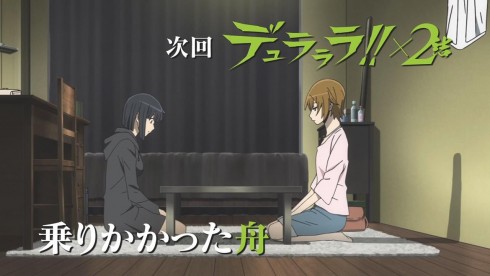 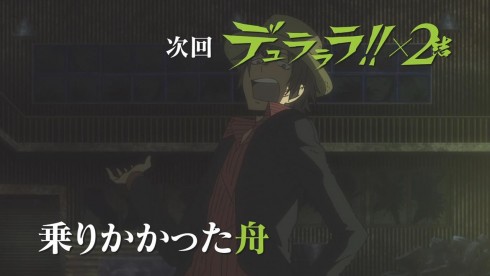 Seems like we’ll be getting some more setup stuff next week. I guess there’s no such thing as fast paced, when it comes to this show huh?