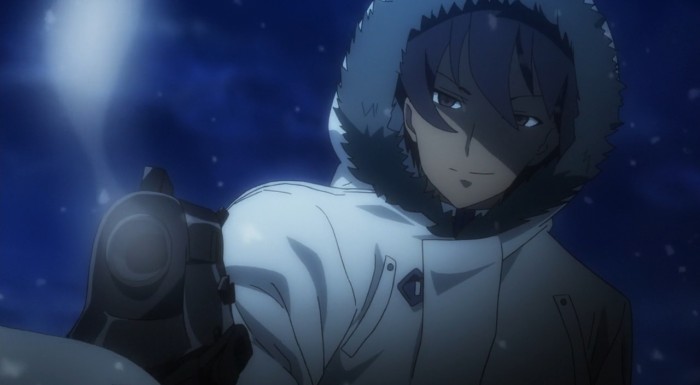 Well that sure got messy in a hurry! I’ll give the show credit, pretty darn good cliffhanger and way to end the episode. Something seemed slimy about Nutsley, but I didn’t expect that to happen. I suppose he must be a spy then? Regardless he’s one hell of a slimy piece of work. Charles got knifed offscreen, Qwenthur and Charlotte getting shot in the back. I suspect those two will probably survive (sorry Charles), but still it’s a pretty bad situation. Qwenthur is good at thinking on his feet and dealing with the obvious threat. But being shot from behind? He is about as weak to that kind of thing as anyone else. The only thing that will keep him alive right now is being the main character and just plain luck. Good thing for Havia it doesn’t appear his group is full of traitors so he’s probably fine. I think this is one time that Qwenthur would really wish to have his partner in crime with him. 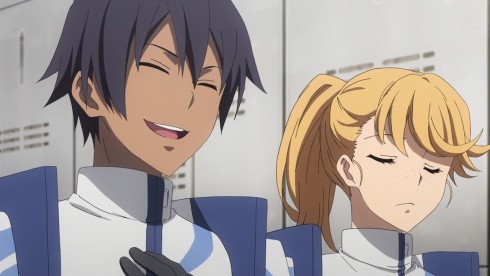 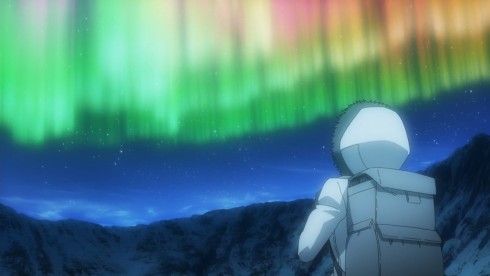 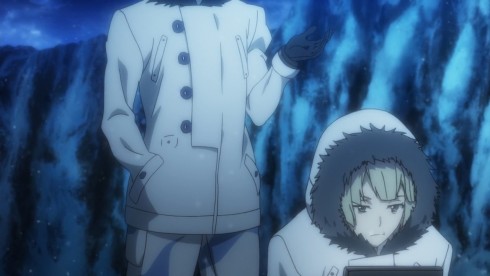 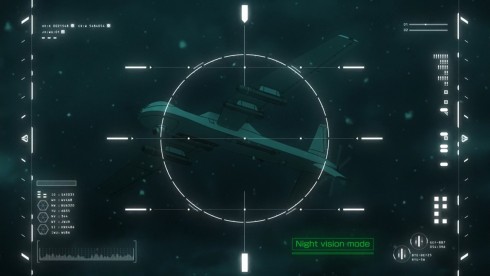 But yeah, that all went to hell. Goes to show how an operation can just fall apart with one traitor in the midst. I suppose you could say it’s the expected problem of relying so much on students. Maybe not as thorough on the background checks as with military personnel. Regardless it ended up burning them here. That guy being the classic too friendly to be trusted type and people got killed as a result. Qwenthur is going to have his hands full surviving this scenario. When one part of the plan fails it all fails. Havia’s team will be in trouble if they don’t take down those UVAs and so will Milinda when she gets into position and the enemy Object is perfectly fine.

This was an episode where we got a lot of additional side characters at once. Kind of a reminder that there actually is more than an army of four going on here. Havia getting the friendlier group with another guy and two girls, while Qwenthur had the ‘nerd squad’ plus Charlotte. Of course the safer group ends up with a traitor, but such is how it goes. Some nice little banter as Havia’s group was traveling. I think on some level he was feeling a bit lonely not having his usual partner on the mission out there with him. Loved Havia’s stance on guys liking two girls the same way girls like two guys together. If both girls aren’t interested in Havia there’s no point XD. 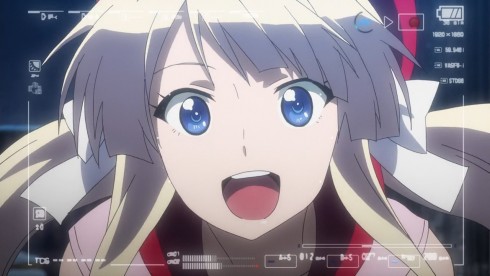 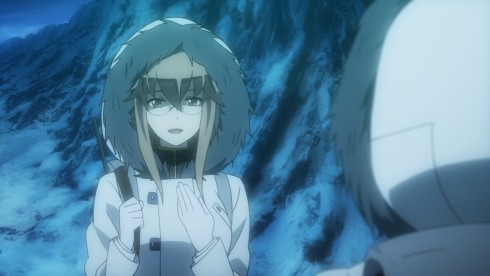 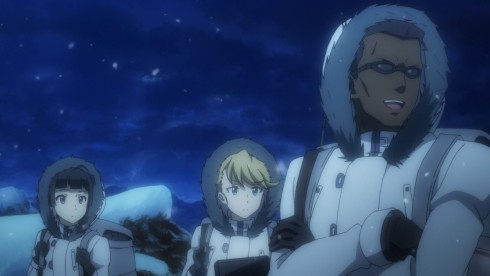 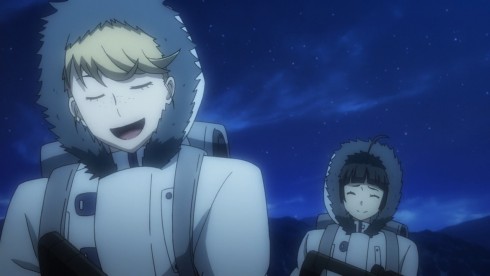 Qwenthur’s little backstory was interesting. I think the obvious assumption is that the model interviewing at the base is the girl in his backstory. It just seems like a safe assumption. The girl taking the chance that she got thanks to Qwenthur’s father saving them and now is making her way in the world. Not a noble any longer, but surviving just fine. Of course if Milinda ever hears this backstory…oh boy. I do think it makes for a fair comment by Charlotte. Qwenthur’s father isn’t some rich person nor is he all that important, but his morals are rock solid. He has a solid stance in the world not because of cash, but because of who he is. The man didn’t save those nobles from being beaten and possibly raped because of a hope of reward. He just did the right thing. Of course Qwenthur isn’t entirely off that his father’s life could go under in an instant with no control over the situation, but that kind of moral integrity is a good thing. Something that Charlotte appreciates and would be glad to refer him to a job if needed.

It does show that Charlotte for all her uptightness is a good person. She’s just very straight-laced and doesn’t break from the rules. Though I do think it’s a bit odd that she doesn’t know about Qwenthur. I mean this is a guy who is basically a legend at this point. The first time they brought down an Object it got a bit fuss and even an awards ceremony. I’d be surprised if there are many in the military that don’t know about them. Even if the upper levels don’t like how those two break up the status quo. Still, I can’t say she’s the type of person I’d easily want to be around. Just a bit too loose with her gun usage. 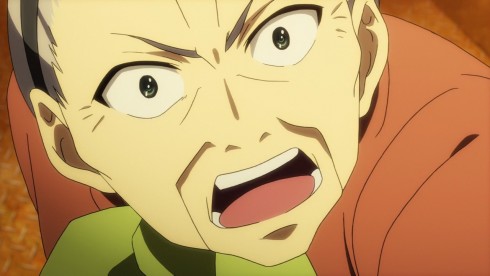 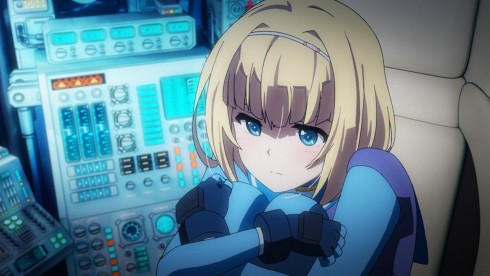 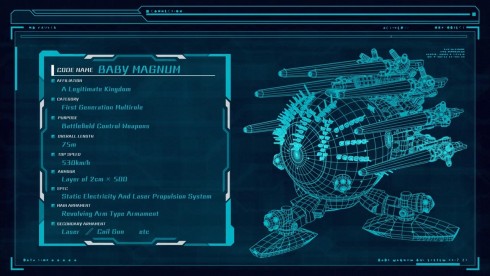 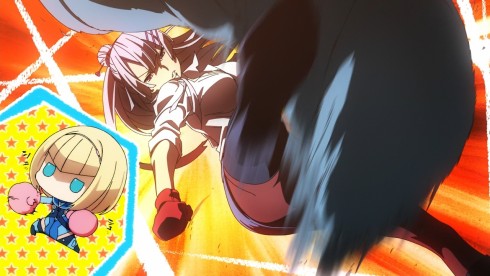 It’s funny. The show seems to play around with Qwenthur being a student and forgetting it at other times. I mean he’s been sent to the front lines how many times now? And yet on the rare occasion he kind of goes back to the first arc and no one seems to think he should be going out there. Although obviously a lot of this was just building up to the twist at the end of the episode. The student who was a traitor, the comments about it only taking a person getting shot once to die, etc. Here Qwenthur is now on the ground, injured and his life on the line. You just can’t take it easy or bad things can happen. You also have that thrown out joking line from Qwenthur to Milinda that hits her plenty hard. I still feel bad about the status quo. He doesn’t have a clue about her feelings and she still hasn’t made a move at all. How many times do these two nearly have to die before something will break?

In the end it was another good episode. The ending was a great cliffhanger and I’m darn curious how things are going to unfold. A threat that isn’t an Object is gunning for Qwenthur and he’s going to have to think fast to avoid getting killed. Can’t wait to see what will happen.