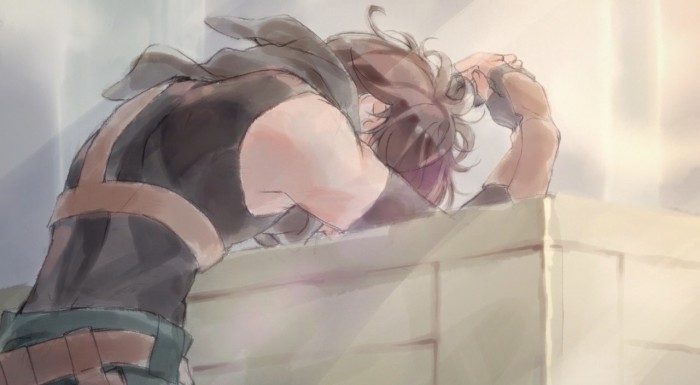 Damn…that was pretty rough. If reality hadn’t sunk in enough with this show then this episode did it. Sending home the message of how utterly bad things can get and the consequences of that worst case scenario. In a lot of ways the cast is lucky. This could have ended up a total massacre. Haruhiro almost died, frankly they could have all been picked apart and taken down if they hadn’t escaped when they did. Manato dying was a painful loss, but it’s a miracle they only lost one person here. The show just hammers home though the brutality of it all. Not only did he die, literally die, but they had to deal with the aftermath. Faced with the reality that they had to cremate their friend or else he might rise up as a zombie or something. Holy crap, these guys can’t catch a break. Having to pay just to prevent a friend from coming back as a monster. Just utterly painful and devastating for all of them. 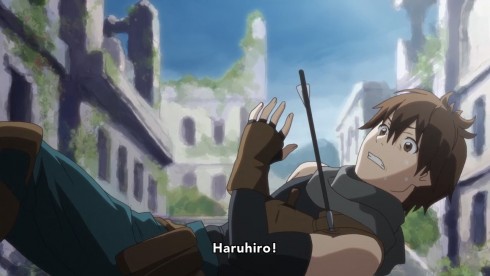 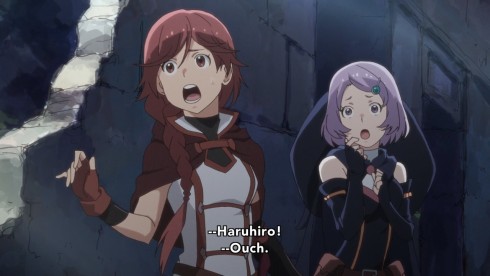 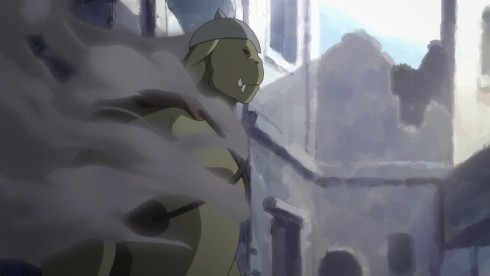 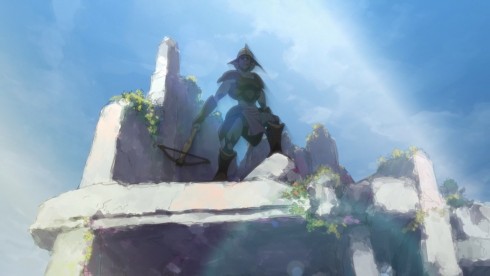 Things were as bad as one might have thought from the preview. Manato ultimately paying the price this week. It all came from a horrifying encounter the likes of which I was worried about the previous week. They did find a good location here, but it also was prime for a devastating encounter. They were utterly ambushed and it was amazing in how terrifying it was. In a sense very professional in how they went about it. Trying to snipe the healer, but still getting someone with the opening attack and pining them down. Sending the main cast into utter confusion and panic. Quickly moving in with much stronger threats than any of them had taken on and creating even more panic. If the group hadn’t mapped out the city so well they might not have been able to quickly move out.

Sure, the attack didn’t completely wipe out the main party but it worked. It was just scary how well the goblin party (though it had a mix of opponents) went in there. They matched up well against the main party. A very large and powerful threat to take on the smaller Ranta, a nimble attacker to go after Moguzo. They were just outnumbered and out planned in this one. Shows the utter terror that a good archer can instill though. Even during a very well done retreat they couldn’t completely avoid giving up an angle of attack and Manato paid the price for that. 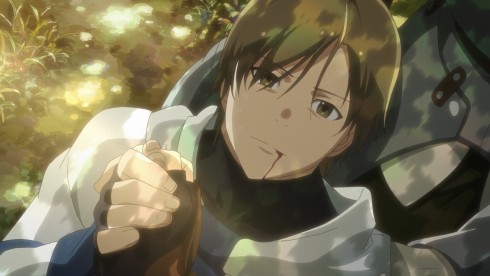 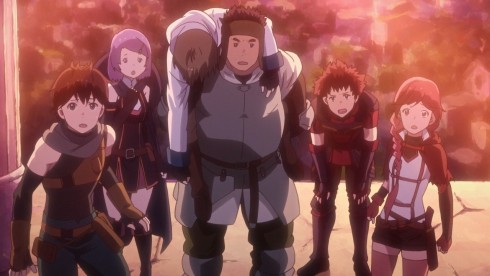 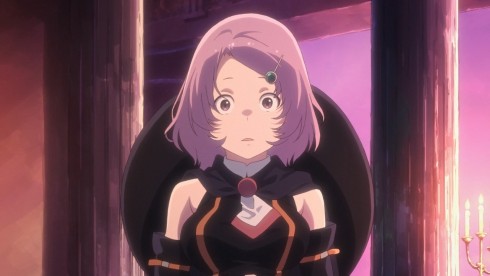 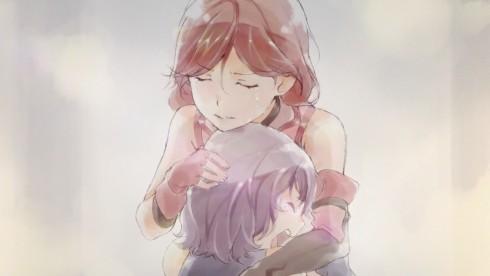 Manato’s last moments were just the way they should have been. Everyone reacting in a different manner from freezing up to utterly panicking. In a sense it was as much on Manato as anyone how that turned out. He knew he was hit, there was no way he couldn’t. But he waited way too long to alert them to that. I don’t know if there is limits to a healer being able to treat themselves or he had hit his magic limit, but there may have been time to save him. If they had moved out just a little ways and hid in a building maybe there was a chance. But in the end he went the route until waiting until he couldn’t go any further and by that point…there was nothing any of them could do.

Just utter tragedy for this group. They had finally started to get their feet under them, learning new skills, improving their teamwork and now this. In a sense they really didn’t get that sloppy either. Ambushes are powerful since you don’t see them coming. Maybe they could have taken more care to scout out the area, but it was just a devastating strike they took. And it’s just that easy for someone to be lost forever. All the more difficult that he has to pass off the job of leading this group to Haruhiro. Despite being the one who was looking like he would lose his mind, Haruhiro was the one who represented the group to the head of the priest guild and tried to handle leading them to treat Manato. Sadly there just wasn’t much any of them could do.

Everyone losing it in their own way. Shihoru falling and crying, Haruhiro losing his cool with the priest for a time, Yume had her hands full with a grieving Shihoru, Ranta just plain shutting down, Moguzo quietly processing, etc. They all just had their own way of facing that initial loss and it will be something to see how they all adapt going forward. 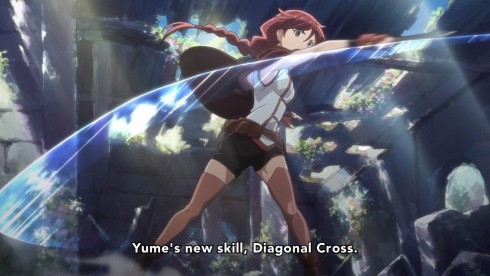 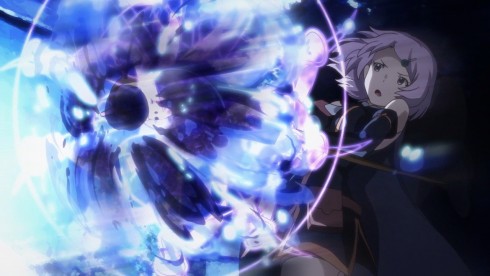 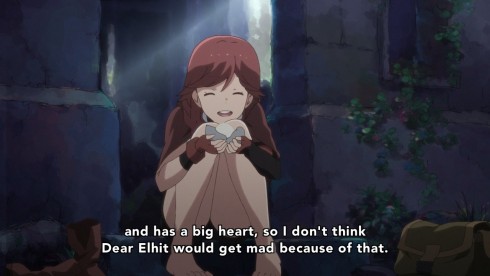 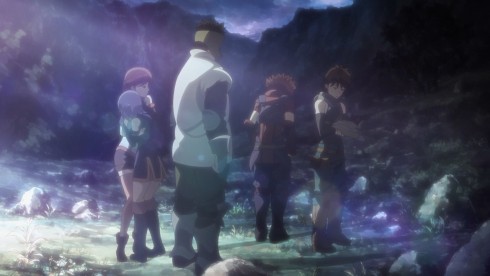 A very nicely handled last scene of the episode. Just releasing Manato’s ashes into the wind and everyone having to process that loss. It’s going to be a tough road ahead. Maybe all the more so for Shihoru. The girl was finally coming out of her shell some more with her talking with Manato. Wearing that pin openly, talking to everyone, and now this. Her slowly building feelings just utterly stomped on by the cold reality.

A small thing that could easily be lost is that there was a lot of positive in this episode. The early part had them showing their growth and skills which were pretty nice. They were looking to be a much improved fighting force. And of course Yume was as adorable a character as ever. Her just going on for what felt like a long time about her dream was hilarious. She just went on and on about this dream about herself and the hunter’s god. There was no point at all to the story, just Yume going off on a completely random tangent. But she’s fun to listen to, thus no complaints for me about it.

In the end, it’s not over for any of them. They’ll have to go back to get Haruhiro’s knife back and perhaps try to avenge Manato. Though in reality that group may be far beyond their ability to handle. Whether they can hold together or fall apart will be something to see. And cold to say, but they have to consider their options on replacing Manato. Maybe you can’t replace his leadership, but without healing magic they won’t last long. RIP Manato. Maybe didn’t know you long enough to fully understand you, but you weren’t a bad guy.