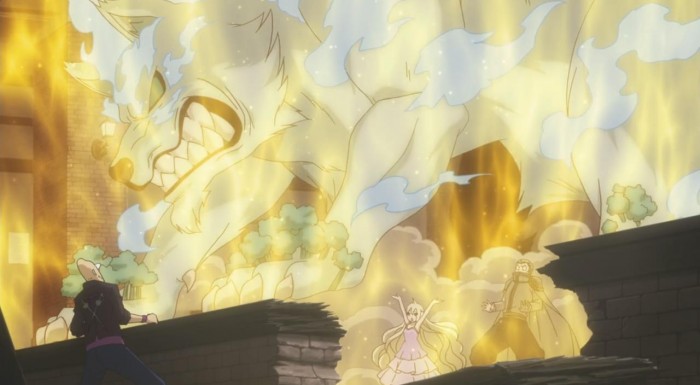 There’s a very relaxed quality to the storytelling in Fairy Tail these days, and its a quality that I think really improves the overall experience of what was probably a pretty quick and short prequel story. Fairy Tail Zero is obviously being stretched in certain parts, but the extra padding and filler moments that I assume are in there, they’re being put in with a sense of care and a level of confidence that just makes it all fit.

I’m not sure who it was that joined the A-1 Productions team after Tartaros ended, or what changed, but whatever DID change, I want it to stay with the series and franchise until it ends. Its clear that we’re going to be with Mavis and the gang for a while, but I think the danger of lingering too long on something, or stretching it out unnecessarily can ultimately hurt the franchise as a whole. 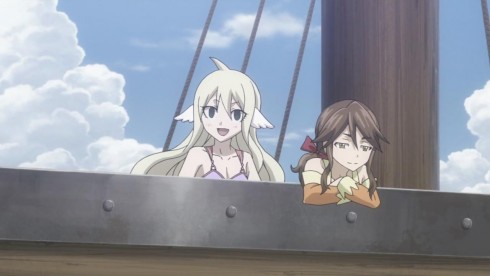 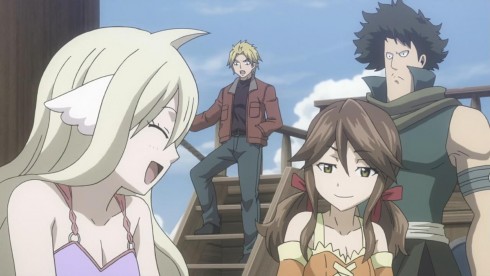 I do believe, however, that Fairy Tail Zero is a story that just lends itself well to natural expansion, as opposed to say the breakneck pace of the big battle between Fairy Tail and Tartaros. Fairy Tail Zero is a more traditional fantasy adventure. There’s an end goal and a purpose, but thankfully there isn’t a deadline or an urgency to get to where they need to go. Blue Square has had the Tenrou Jade for ages, as long as Mavis has been a live after all, so its not really going anywhere.

And because there isn’t that sense of urgency, Fairy Tail Zero can spend an episode just developing two characters and their relationship, as it does beautifully this week. Mavis and Precht have a pretty important relationship, in that they become the first and the second Guild Masters of Fairy Tail. Even more so than Yuri and Warrod, its obvious that the deeper bond and friendship that happens is between these two. And I think there’s always been the obvious question, at least in my mind, of how exactly Precht went from being the second Master of Fairy Tail, to developing his odd obsession with Zeref. 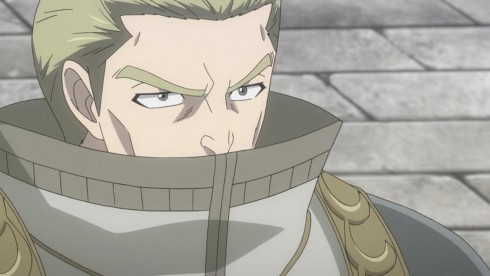 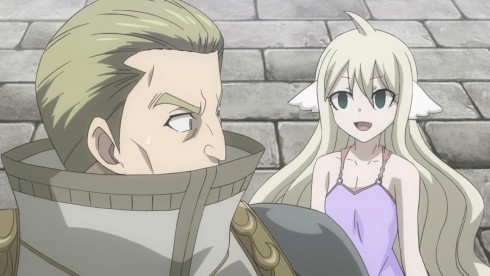 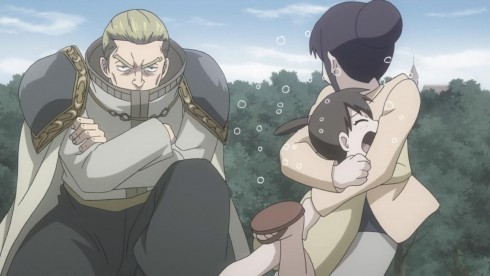 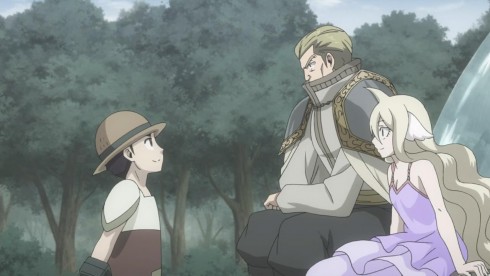 I actually don’t think we’ll get an answer to that question in Fairy Tail Zero, we might, but at this point in time, the place where Precht is, is almost entirely different from his later, 100 year old self. This era’s Precht? He’s a tall, scary looking guy that’s a bit socially awkward but ultimately has a good and kind heart. Putting him next to Mavis, the curious, odd. country bumpkin like child, is again, pure genius.

It shows how the both of them are kind of nice, good people, but still very much strange in their own unique ways. The first half of the episode, is all about Precht slowly coming out of his shell, and Mavis more or less winning him over by just understanding him for who he is. Beyond Mavis’s keen intellect, general friendliness and other abilities, I’d say her biggest super power is how well she can read people and connect with them. For someone who spent most of her childhood on an Island reading books largely by herself, I’d say that’s a pretty amazing feat in and of itself. 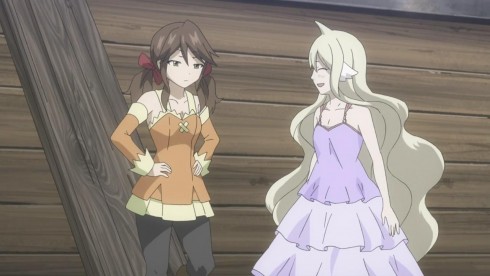 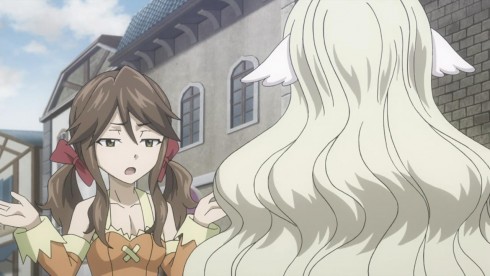 And yes, I said by herself intentionally. At this point, its getting horribly weird for everyone to just dance around the whole Zera isn’t really there situation. It really is starting to make no sense, to the point of breaking the immersion of the story, where the story continues to both pretend about Zera’s existence. Its so darn obvious that no one but Mavis can see her, that no one but Mavis interacts with her, so I just wonder how this whole group can continue to just… Go with it?

I’m sure this whole idea is less pronounced or noticeable in the manga, because I suspect, the manga’s actual pacing is faster, and it gives you less time to actually take in and think about these things. I guess that is the one flaw with this adaption, in that the central hook or twist about Zera, feels like its being stretched too far, and being telegraphed a bit too much. Every scene that Zera is in, just points to the fact that she’s not really there, and it gets harder and harder to ignore each time. 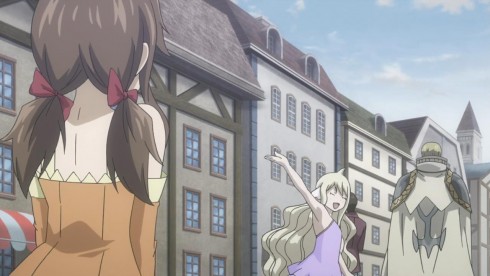 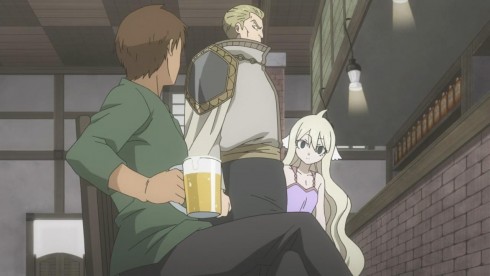 Its not a coincidence that Zera is left behind when Precht and Mavis go on their little information gathering work, because having Zera there would’ve completely and utterly broken the narrative. Mavis and Precht, through their combined team work, end up finding a bar that seems like the “information” hub of the town.

The actual encounter goes how you’d expect, Mavis ends up catching onto some lie that the barkeep tells, and the two get attacked by most of the people there. Its here that we actually learn some interesting things about Mavis and Precht’s abilities, or rather, their limitations. 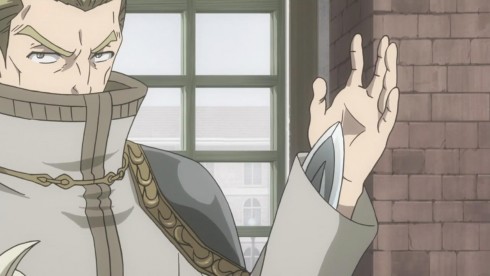 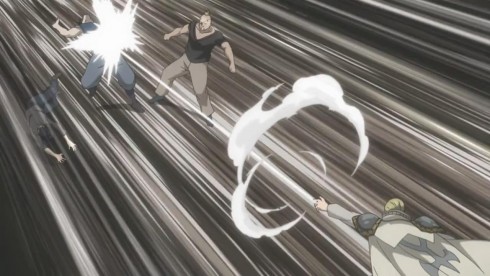 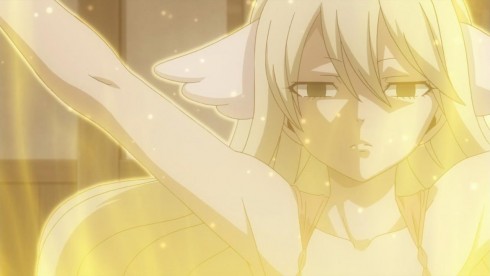 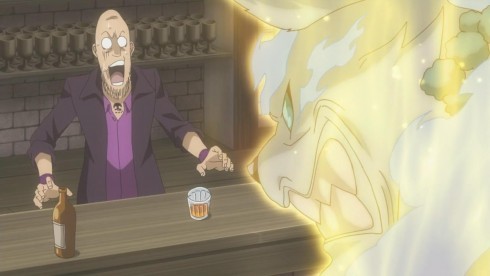 So it seems like at the moment, at this point in the story, both Mavis and Precht aren’t all that strong in terms of magic. Mavis only has her illusion magic, while it seems like Precht himself doesn’t even use magic, but rather an weird chain blade weapon. I admit, I full expected Mavis to bust out some serious magical power here, and reveal that she had learned a lot of magic in the past seven years, but I like this idea better.

Having Mavis and the rest start out as pretty darn weak, in the grand scheme of things, just makes things even more interesting. We know that by the end of this adventure, or at least after the creation of Fairy Tail, Mavis is able to make magic that probably all but matches Zeref himself, and Precht goes on to become one of the strongest Dark guild Guild Masters. 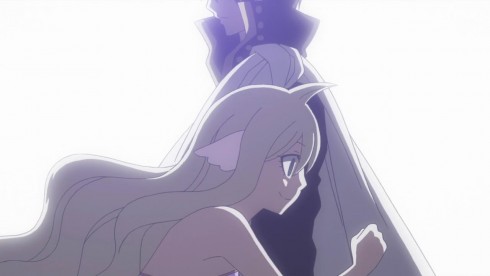 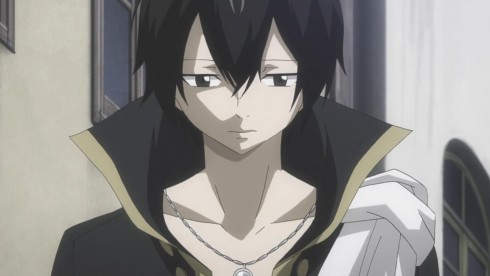 Speaking of Zeref, he makes a quick appearance near the end of the episode, which again, was a nice little nod to what’s coming. I don’t expect Zeref to come into the picture until after the Tenrou Jade thing is over with, but I think this cameo itself gives us some hints as to what Fairy Tail Zero is going to be about. After this whole Tenrou Jade business is over with, something is going to lead to the creation of Fairy Tail, and then Zeref is probably going to be the first major obstacle that the group faces.

Its all interesting stuff, and I think Fairy Tail Zero is trucking along at a good pace, all things considered. There hasn’t been a real WOW moment yet, beyond the opening episode, but I think Fairy Tail hasn’t been so consistently “Good” in a while either. For one thing, I’m just confident in the fact that while next week won’t be earth shattering, it will be a good and satisfying time none the less. That’s a really good place to be at, I’d say. 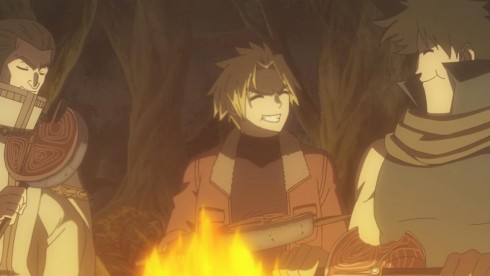 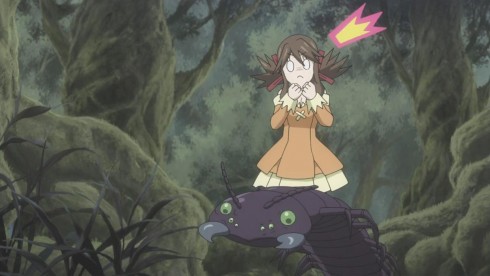 I could be wrong, but next week does seem like its another filler/detour story, but one that’s pretty interesting nonetheless.