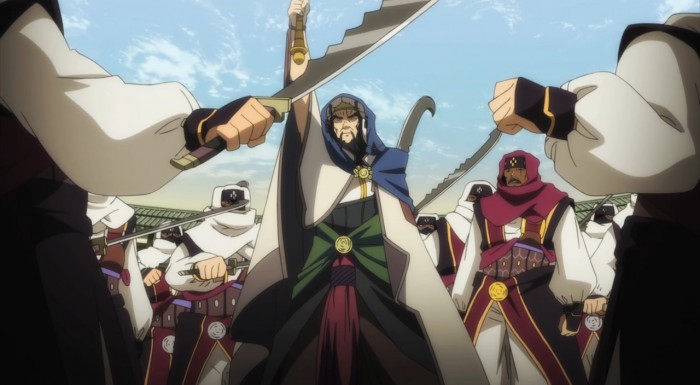 Now it feels like we are finally getting going. Sure, there wasn’t a big battle in this one, but at least events are moving. I mean damn, a whole scene with Rurutie where she was treated like a serious character XD. But really this was just a nice episode for moving the plot forward and setting up for some big events. The two main generals of Yamato are out and on the move. That itself should lead to something big going on. Part of me did wonder if it might lead to some trouble at home since those two are the core of the defense. Though it isn’t like they had a lot of choice but to go. Dekoponpo basically pulled out the idiot card and made full use of it. Showing the real downside of family based decisions. Just because his father was a great man doesn’t mean his son will be. Frankly Dekoponpo has shown enough that he should have been stripped of his title a long time ago. You don’t owe his father to that extent. Gave his son a chance and he’s constantly blown it. Now Yamato has to send out their Generals to chase down this idiot before he gets himself and his men killed. And it’s those soldiers that should be pitied. They know they are following an idiot into death. 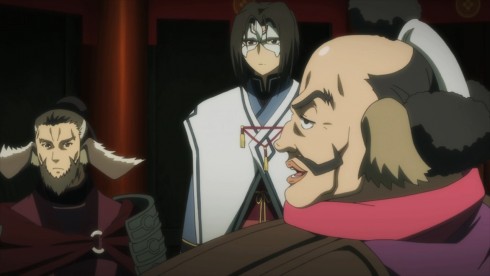 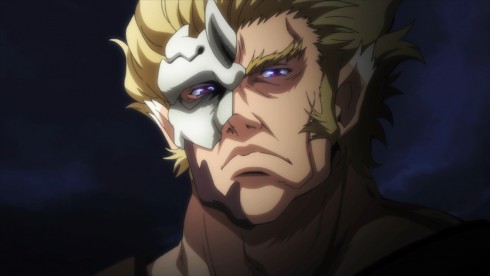 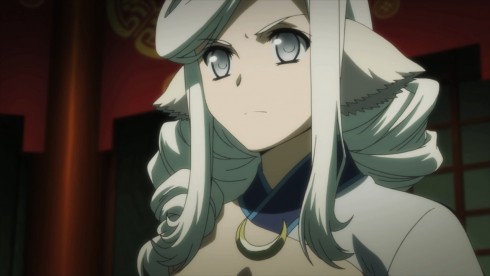 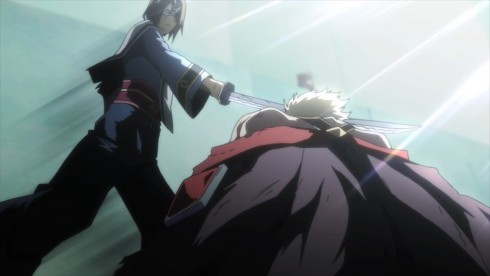 Just a lot of interesting things to see in this one in comparison to previous weeks. We get to see the 8 pillars interacting (well some of them) and get a feel for their personalities. Certainly the original plan was to send two of the more questionable personalities out there. Both clearly are good at their jobs but…Raikou and Vurai both have some interesting personality quirks. As expected Vurai has some real anger and rage issues. No wonder he gave Haku the chills. Raikou isn’t angry so much as he’s clearly vain. The guy has absolute trust in own abilities and superiority. Maybe you can argue that comes from being an excellent strategist, but it’s still a worrying trait.

Maybe more interesting was seeing that brief flashback with Vurai and Oshutoru. Seems like they had a duel in front of the Emperor in the past and while it probably wasn’t easy, Oshutoru came out with the victory. No surprise someone like that would have such issues with losing a fight and looking bad in front of the person he idolizes to a fanatic level. Can imagine he’d love to take a shot at Oshutoru and probably resents him for having the title he has which is a tier above his own. 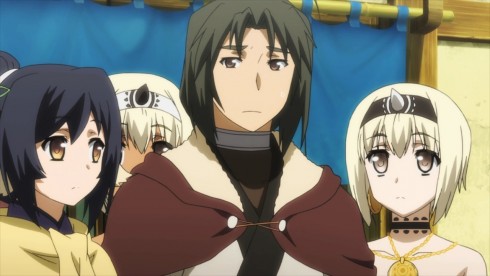 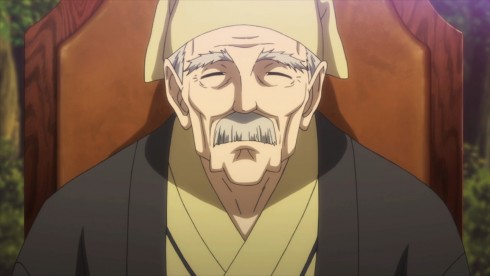 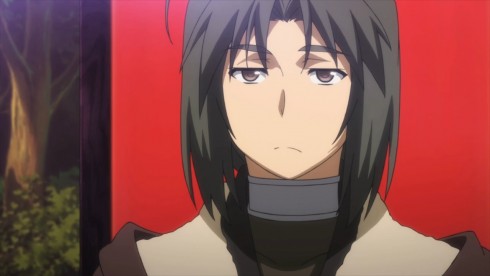 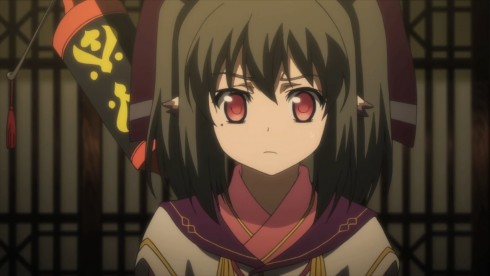 I still wonder about the Emperor reaching out to Haku like this. Though it’s clear he’s using the twins as convenient teleporters to bring Haku to him. I can’t imagine it’s as simple as what he’s saying. Though I don’t doubt it’s partially the truth. He has no real equals in this entire country. He’s this god-like Emperor that many, even his generals idolize. But someone like Haku has few memories of his own and isn’t nearly as aware of Yamato as an existence or the Emperor. He’s the closest person to an equal that the Emperor can find and one of the few he can talk to casually. I still think he has bigger plans for Haku than a chatting partner, but for now this is all we’ve got.

It was nice to see the kind of somberness around Oshutoru going to war. Nekone understandably shaking at the idea of going into a real war. She’s clearly talented in her own right, but she’s also a kid still. It’s no wonder she’s extremely nervous. Even Oshutoru isn’t chipper and excited, unlike that fool Dekoponpo. He knows that even with his skills, even with his talent, he could die out there. That is entirely possible and his life, Nekone’s life, and the lives of his troops are resting on him. The ceremony he had there with Haku was meaningful. Kind of a somber thing seeing all the troops lining up. If there is anything good to take from the over the top slice of life first half of this show is that there is some impact when things get serious. 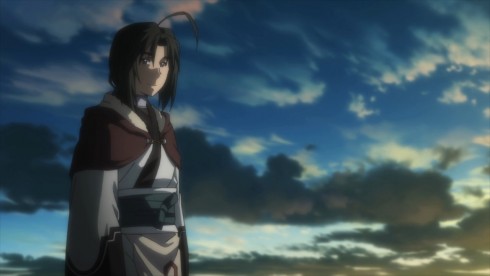 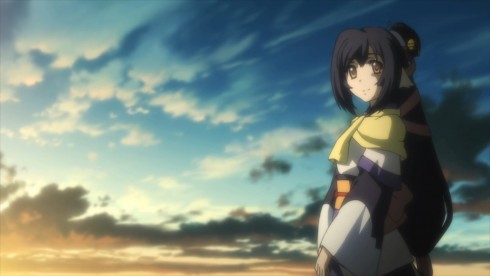 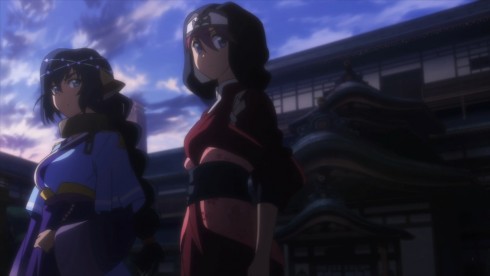 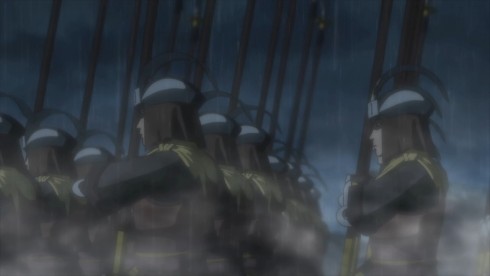 A pretty nice second OP. I’d say it looks like things will get more serious than the first half, but to be fair the first OP had its share of action and….nothing happened. It still pushes forward the clear connection with Haku and Kuon. Hopefully that also gets some development in the second half of this show. They did have soem nice moments and have taken there time, but it’s probably worth making a bigger move now. Is kind of cool that we might see some of the generals from Tuskuru since they are pretty darn tough characters.

The biggest hope I have for awesome moments was seeing that “monster” part way through the OP. Rurutie looking utterly scared to death there. The song itself was pretty good and I have no complaints there. It doesn’t overshadow the visuals and has a good rhythm to it. I can definitely live with this OP for the second part of the show. Props once again to Suara who did the OP/ED in the first half and is doing the same in the second half. Some really nice songs and excellent singing. 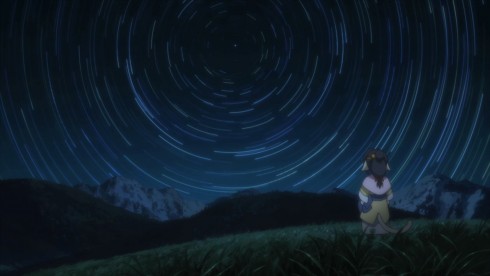 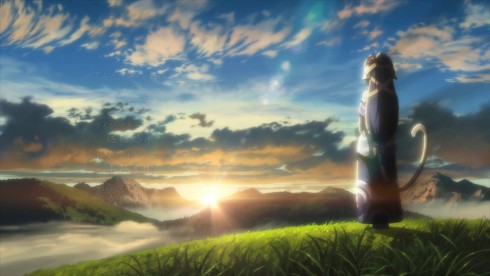 The ED was fine as well. A lot more simplistic than the first one though visually. I mean it is kind of cute seeing Kuon growing up in these flashes from small child to the young adult she is now. Just constantly watching this star in the sky as time passes by. It does make me really hope and expect that Kuon will be a key part of the events ahead. The song itself is nice and pleasant. It’s a relaxing song and a good way to unwind after a busy episode.

I will say for both the ED and OP that I liked the lyrics after seeing subs for them. They both in a sense give off this impression of Kuon speaking about her feelings for Haku. Maybe not her feelings as of this episode, but feelings she will have. I just get the impression here that the show is saying “there will be some major Kuon and Haku moments, be prepared.” In that case I’m all for it. The show has been reasonable here with these two. It’s been slow, both have had reactions of confusion at the idea of them being involved together. But, we are in the second half of the show. If we’re going to have some romantic feelings blossom…now is the time. 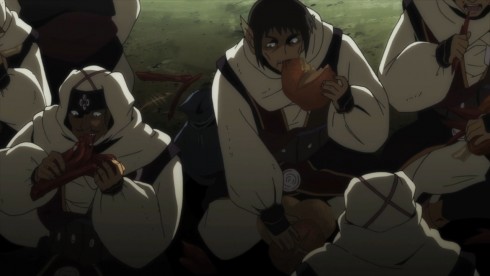 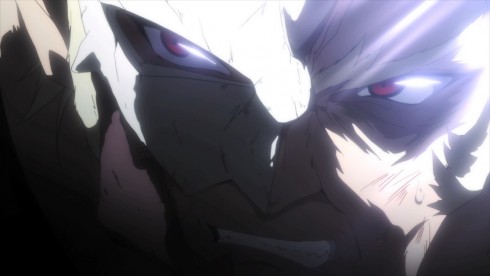 This was definitely one of the stronger episodes in a while for the show. The tone really shifted and they didn’t have nearly so much silliness. The preview does give me a few questions of what is going to happen, but I’m ok with that. Was nice to see the father’s of Atui and Rurutie even in that kind of exposition format. Hopefully those two get a chance to impress in the second half and aren’t relegated purely to comedy like they were for a lot of the show to this point. Here’s hoping the second half impresses in every way. We’ve been waiting for this.