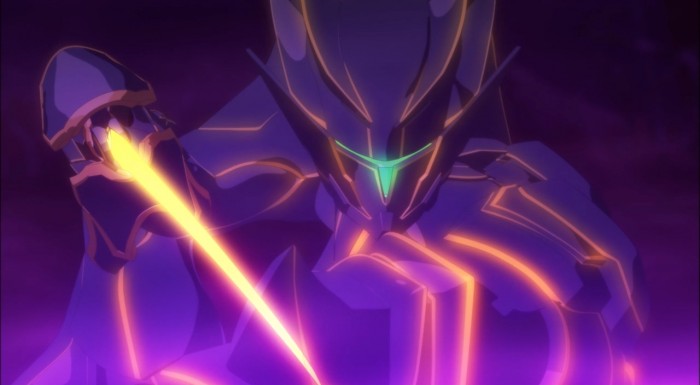 I think if there is ever a need for a textbook example of a rushed adaptation for an anime then this show would be at the top of the list. Honestly, there are other shows in the past that have suffered in this fashion, but AntiMagic Academy joins that list in an impressive way. This had the makings of a good show. I feel the characters were pretty solid, they had conflicts that would allow for good action scenes, and while it is another harem some of the arcs go into dark places. If the show had spent time on those arcs and those darker plots then this could have turned into a really memorable series. Sadly, that’s not what happened. AntiMagic Academy was a painfully rushed series. And that rush really just does crippling damage to anything positive about the series. What is also baffling is that the series manages to not only rush through the plot, but also randomly throw in an entire filler episode. A filler episode in a show that didn’t have enough episodes to adequately cover the actual story. That is kind of incredible. 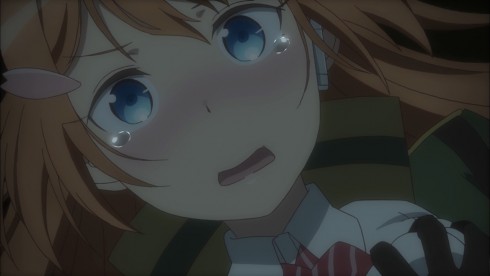 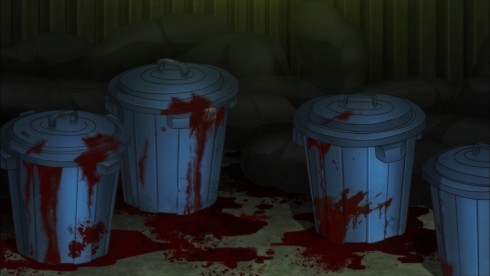 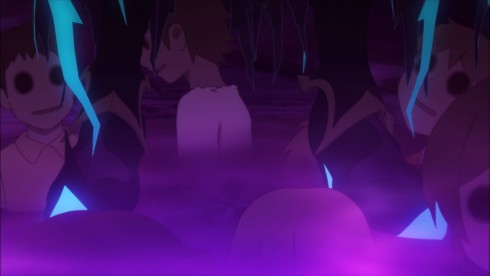 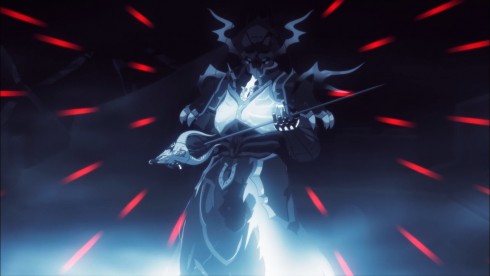 The story itself is pretty straight forward. Magic exists. The world responded to this and the existence of witches by establishing witch hunting organizations. The main cast are enrolled at an academy that trains these future witch hunters in order to take on the threats of magic that exist in the world. The main cast are part of the lowest ranked group called the “small fry platoon.” All these people have real character problems. The show goes through several arcs as this group gains new members and takes on threats that inevitably involve one or more of their members. The group having to take on these pretty serious threats. The story really had potential to be a much darker one than the usual batch of “action school” shows. I mean terrible things are done to people using magic. Murders, torn up from the inside out with magical vines, dead children being used as puppets, etc. If the show had slowed down and focused on the story then it could have been a pretty good series.

This is a show that both struggles to leave an impression and what impression it does leave is pretty mixed. The early issue with the show was the somewhat weak fanservice humor it was using. The kind of cliché stuff you can imagine when hearing something like that. The early concern I had was that the seriousness of the scenes were going to be weakened by unnecessary fanservice like that. I was completely wrong, what really weakened the show was pacing. Pacing is often a concern for adaptations in terms of whether that show will turn out good or not. The issue here was constantly having the show being in too big a hurry to wrap up things and get to the next story. The show seemed in a hurry to get itself over and done with. 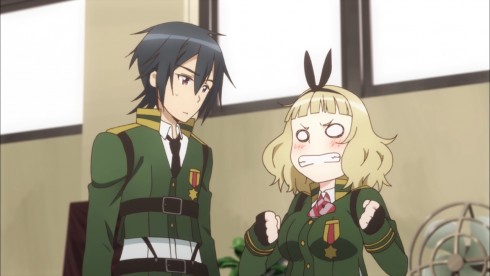 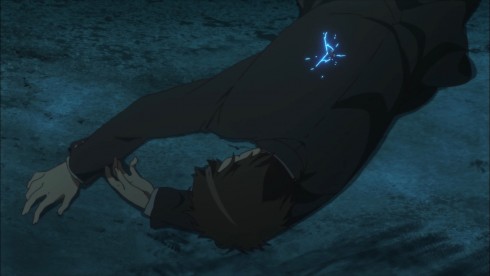 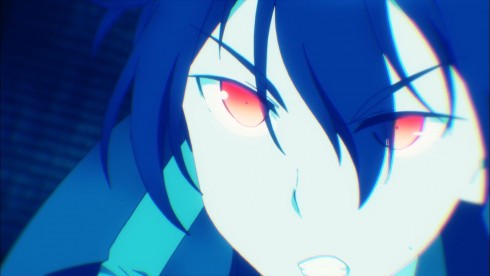 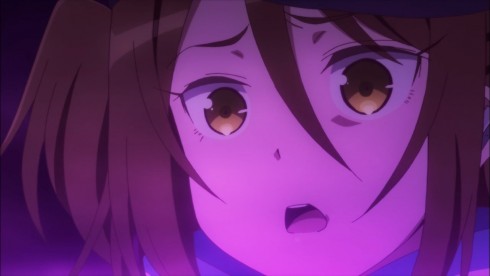 This really became an issue during the climaxes of almost every arc. When the story needed a moment to have impact or sink in, the show refused to allow that to happen. Major and shocking things happen through the show and in just about every arc. There are moments and realizations that would normally make a person pause and realize what that moment meant. But in this anime you don’t get that. The show just quickly moves on and that moment is just lost. It happened, but the viewers don’t get any time to let that moment create the kind of emotional reaction needed.

Most arcs in this show get about 2 episodes to tell their story. This is a light novel adaptation. No matter how short each volume is, that isn’t something you can adequately get across in 2 episodes. You get time to start the story and you immediately are at the climax the next episode. And that is just happening over and over again with this show. Only the last arc gets three episodes and while it does get a bit more time to have some impact, it was still the bare minimum I think that story needed. 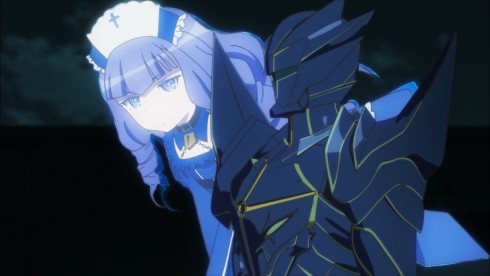 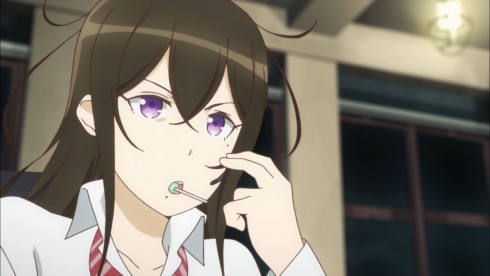 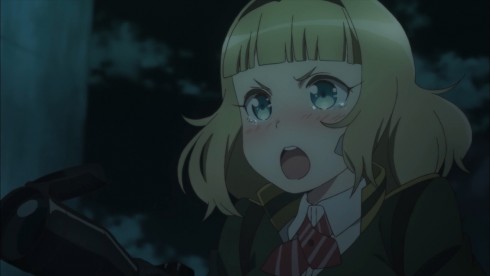 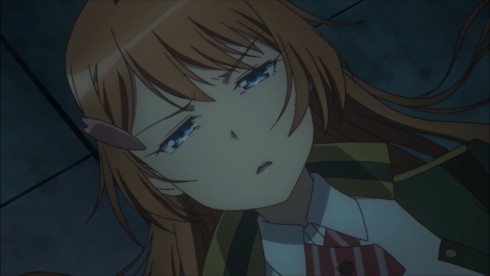 I feel the greatest loss for this show is the wasted potential. The cast are an interesting bunch. It’s a collection of very flawed individuals. All of them have a good reason to basically be in this “loser platoon.” The main character Kusanagi Takeru is the captain of this bunch. In a place that focuses on combating magical threats and guns are the standard weapon, he’s pretty locked in on using a sword. Also is a bit of a nosey person that can’t help but get involved in the problems of those around him. Has his own tagline about taking on half the burden of those he helps and that’s more or less how the guy assembles his harem. He’s not the most amazing of protagonists, but he’s a good person. He also doesn’t constantly overreact to everything which is certainly handy since the show does put him into a few situations where some characters might have done just that.

The female cast isn’t too bad overall. They do fall into pretty standard types, though this series does a more unique move having two tsundere girls in the mix (whether that’s good or bad is up to you). Ootori Ouka is the more or less female lead of the show. A former full-fledged Inquisitor who for certain reasons gets knocked back down to student and has to join this group of misfits. She starts out a pretty angry person and to a degree doesn’t completely lose that. But she does change the most out of anyone in the cast. 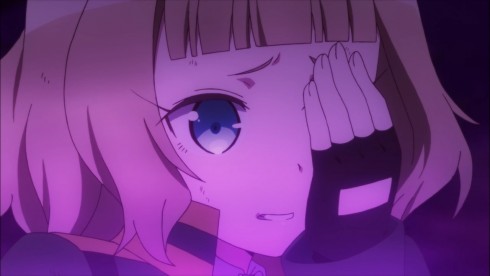 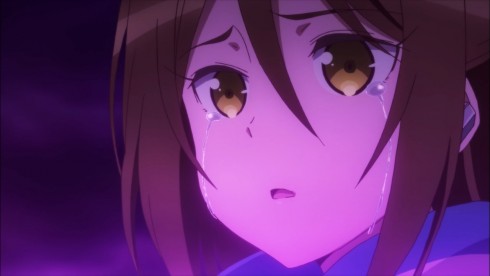 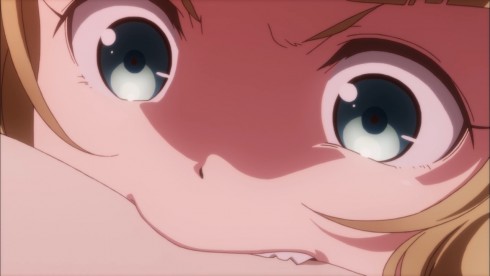 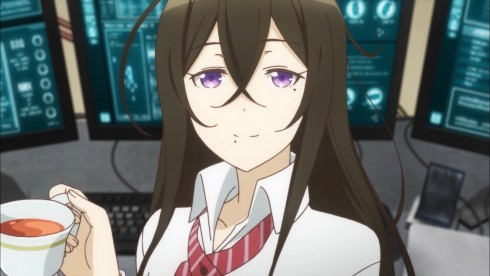 Saionji Usagi and Suginami Ikaruga are the two main members of the squad who have been there since before the show started along with Takeru. Usagi is kind of the mascot of the team. A big chested girl who gets played around with and harassed by Suginami. A kind of skittish sniper who has real confidence issues. Suginami is basically the tech person of the group and does tend to mess around with her teammates, but isn’t a bad person in the whole. There are other characters like Lapis, but her existence is pretty plot specific. Can say she’s attached to Takeru and has a bond with him. Though can say she has some of the best lines. Just so much cocky attitude during specific fight sequences. 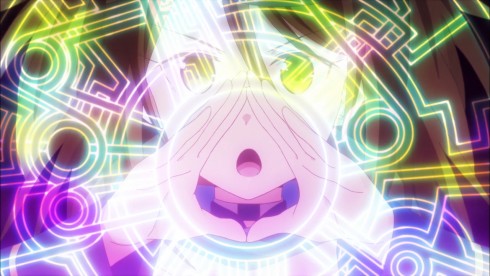 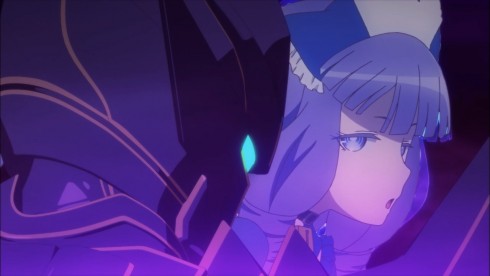 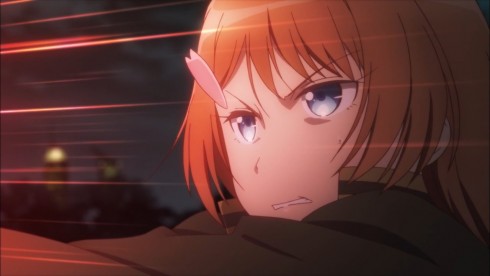 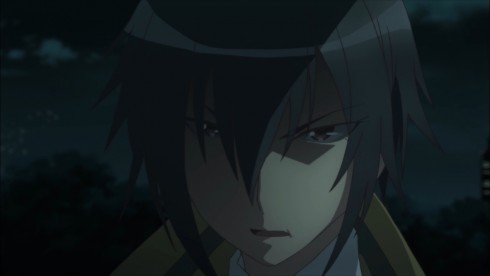 Visually the show is pretty average. This wasn’t the series that got a lot of budget from Silver Link. The character art is ok, though I think it could be better. The action is fairly well handled. Though I do think they lack any real impact and could have showed the character’s injuries some more. But overall, it was alright. Just not a show that will in general wow people in terms of how good it looks. There is a fair amount of CGI in the show which isn’t all that bad, but I wouldn’t say it was really good CGI either. It was just there.

The music was pretty average as well if not below. A few of the action tracks were ok, but as a whole the music in this show didn’t stay with me in a good way. Maybe because the scenes were moving along so quickly that music couldn’t settle in any more than the actual content could. Musical taste though is pretty subjective. Will say I liked a couple tracks and the rest were pretty forgettable. 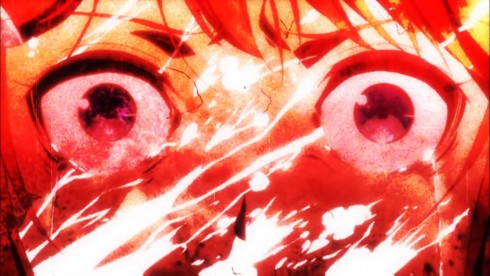 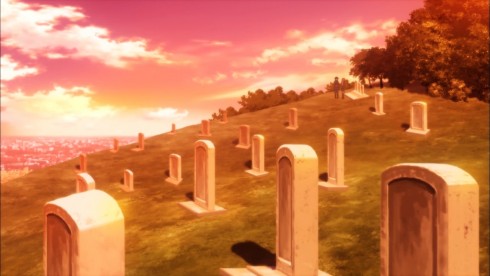 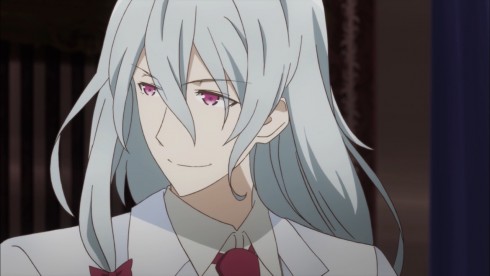 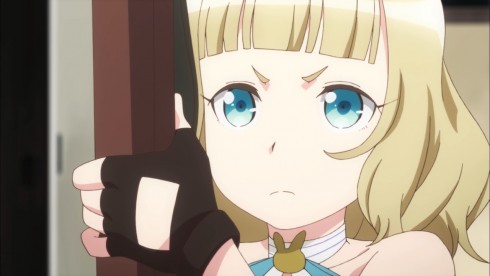 It’s sad to say, but I couldn’t really recommend this show. Maybe it worked as an advertisement for the light novels, but the anime itself suffered for it. Trying to fit 5 arcs into a single cour series is just a recipe for disaster. I’m glad I got to meet some of the cast since it isn’t a terrible group. Mari despite not being that critical outside her arc is a pretty fun character. But, it’s just a shame that they tried to do too much. Even if the other arcs might not have been the most powerful ending point, it would have been better than a series that just rushed everything and thus had no lasting impact.