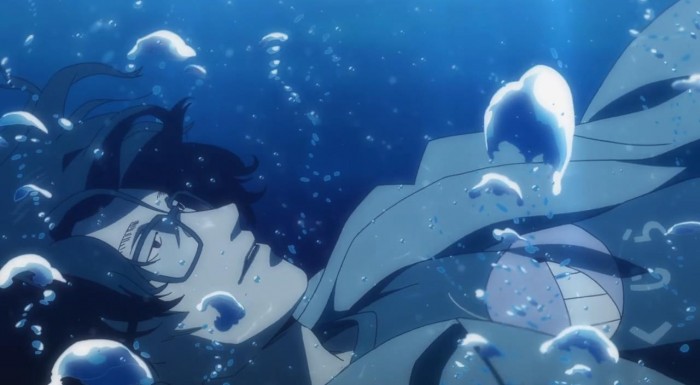 I’ve got to hand it to Subete ga F ni Naru, I did not see that coming. I did not expect it, I did not dream of it, but the show actually managed to find a way to be genuinely clever, and make all the time I spent frustrated and annoyed with it, totally worth it. What I truly marvel at, is how daring this show really is. It outright insulted the audience, made anyone who dared watch it feel like they had wasted their time. It made itself look like the fool, one that felt like it wasn’t going anywhere fast. 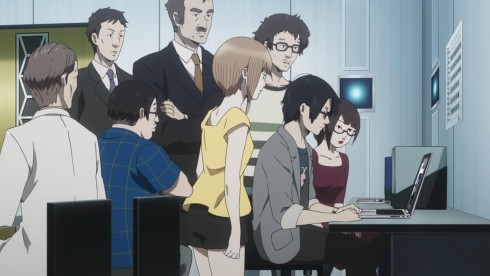 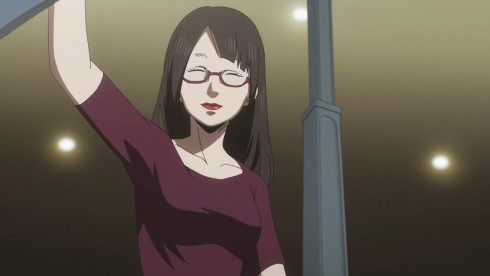 The truth, however, is so very different. The truth of the matter is that everything was actually expertly planned, expertly crafted. Every moment, every stone that Subete ga F Ni Naru placed, every weird detour it took, it was all in service of the eventual twist, the conclusion to the big mystery. That’s quite a gambit to play, one where you almost convince the audience that there’s nothing impressive beneath the surface. I think, years after the the show wraps up, after this season is long behind us, Subete ga F ni Naru will forever be remembered as a master class in misdirection.

And the reason I love this episode so much, the reason why I think its one of the best episodes to come out of any mystery ever, is that it totally and utterly “got me”. The moment of surprise was worth it, as the show totally created some lofty expectations, destroyed them, only to come back and totally deliver. I don’t think there’s ever been a show that’s quite done that. And its for that very reason that this show stands out as something truly unique and special. 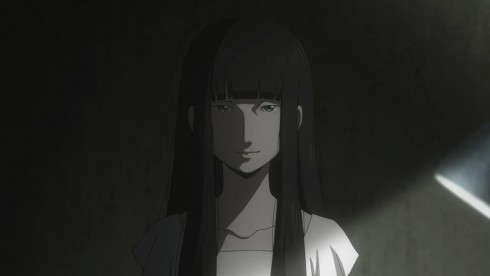 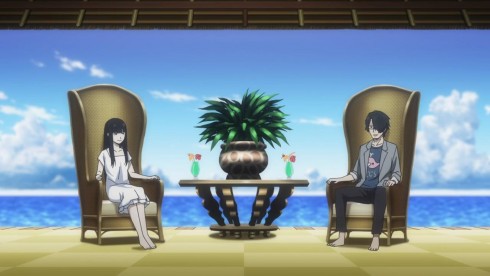 The big reveal this week, is that Magata Shiki was the actual killer, not her daughter. To make matters even more shocking, it turns out that the “sister” Miki that Souhei had that awkward engrish conversation with, didn’t ever exist. It was Magata Shiki all along, carefully and delicately making a fool of nearly everyone, whether it was Souhei, Moe or the audience.

To call this situation anything other than extraordinary, is not giving it its due credit. See, the whole time, the idea of a Magata Shiki that hadn’t aged for 15 years was absurd. The show realized that since it opened with that particular notion as established fact, the audience would very well suspend their disbelief. The show counted on the fact that anime, manga and popular culture had us conditioned a certain way, and it ran with it. Hell, it even based its entire central twist on that belief. And By God… It worked, it worked spectacularly! 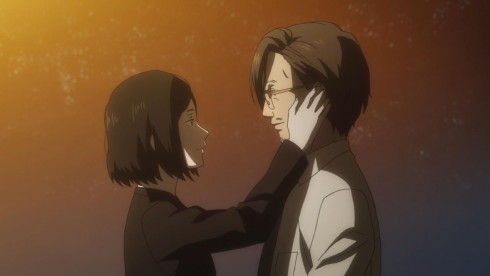 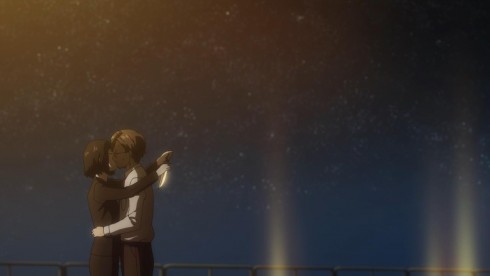 I mean… Just look at the idea of the little sister, Miki Magata. Its almost beautiful how much sense it makes that THAT particular idea was super absurd. The director of the lab was clear in cohoots with Shiki, so him bringing anyone over should’ve raised some red flags the moment we heard about his affair with Shiki. Then there was the Director’s wife, who had been part of covering up the murder, so she wasn’t to be trusted either. This “sister” that whole idea was utterly and completely absurd, it was a fake out right, and one that was right in front of us the entire time.

But none of us noticed it. None of us, put two and two together. I’ll be honest and admit that I never connected the dots, the show had to present that last moment to me itself. And that moment, that moment when everything fell into place, where everything made sense…. That moment was powerful. It was the story’s entire narrative heft thrown into a single, decisive blow. It hit hard, and it knocked me square off my feet. 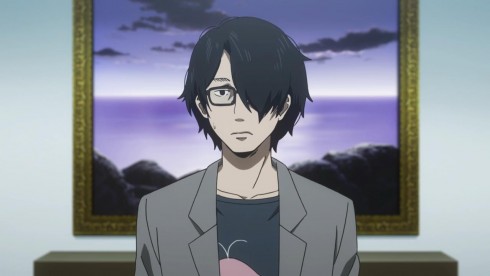 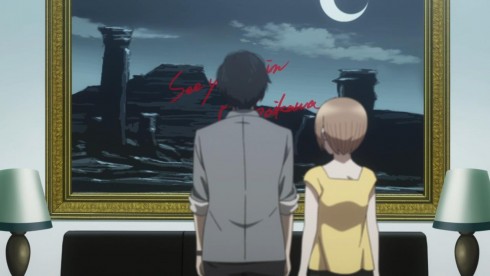 Like Souhei, I was just utterly and completely mesmerized by how completely and utterly Magata Shiki had fooled everyone, and how in turn, the writing had just achieved something that I think is near impossible these days. The mystery of Subete ga F ni Naru was able to become exceedingly clever, exceedingly elaborate, without at all feeling unfair or cheap in any way. The answer that the series laid out, was brilliant and felt satisfying.

A big reason for that satisfaction, at least for me, is in the fact that the show quietly and subtly laid out all the darn hints, and gave the audience all the right tools to be able to solve the mystery themselves if they were aware enough to do so. Yet, there were odd scenes, weird conversations, dumb moments, that completely and utterly kept my attention. The distractions did their job, even if they were frustrating in the moment. 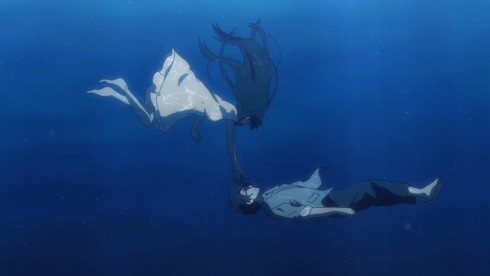 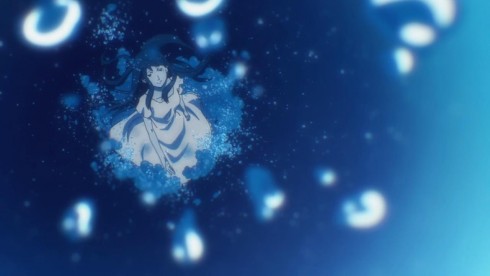 See, with an episode like this, a conclusion like this, I’m totally and utterly fine with what the series has done to me so far. Its made it all worth it, something that I never even dreamed it could do. Its something that I’m just utterly amazed and surprised after years and years of watching, reading and consuming mystery stories and thrillers. For Subete ga F Ni naru to manage to suprise, in this day and age, so completely, is, as I said before, something to marvel at.

And before we all forget, this isn’t the last episode either. There’s one more, one more episode that can potentially resolve the other questions that the story brought up, amid its big seminal moment of pulling the rug from under its audience. 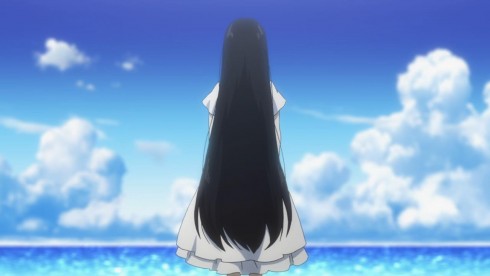 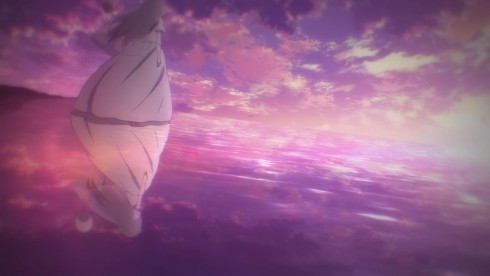 So we know now that Magata Shiki killed her own daughter. More importantly, we know that Magata Shiki’s daughter, despite the harsh and twisted environment that she was raised in, from the parents that she was created from, was a good person. She was a great person, a person that chose to end herself rather than become her mother’s own twisted replacement, in whatever twisted version of reality she had constructed.

Magata Shiki is a maniac, a psychopath. She killed her parents, she also killed her own daughter, but the daughter, that Magata Shiki, was a normal person. There’s something extremely beautiful and potent about that idea. The whole conversation between Moe and Shiki, who was actually Shiki’s daughter, takes on a new meaning yet again. I mentioned, I think, in episode three how much I loved the idea of that same conversation coming back into play, and changing the very foundations of the show each time. 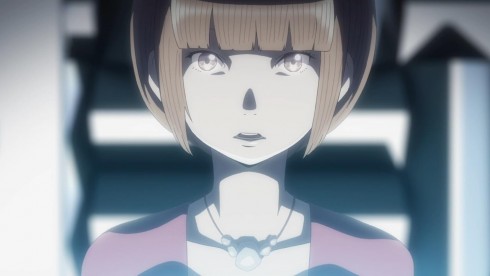 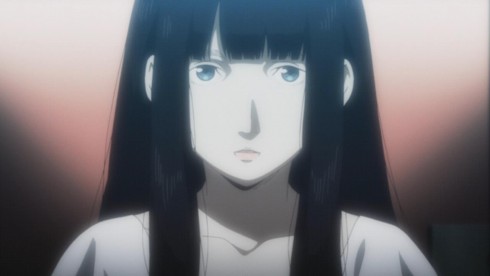 Here it was again, changing everything up and creating a new status quo. The talk between Moe and Shiki’s daughter? That was the catalyst that drove said girl to refuse to kill her mother and father. That 15 year old, chose death instead of carrying out her mother’s sick and twisted plan. That’s such a tragic, powerful story, one that goes even farther than Shiki’s big moment of killing her parents to protect her child.

We’ve often seen, in popular media, the idea that a mother will do anything for their child. We’ve seen it, we believe it, because we can, on some level, relate to it. There are a ton of mothers, however, that are broken, that are twisted, and don’t quite fit that moniker. Shiki is actually one of those odd mothers, who drove her own daughter to kill herself, rather than you know, just live a normal and honest life. 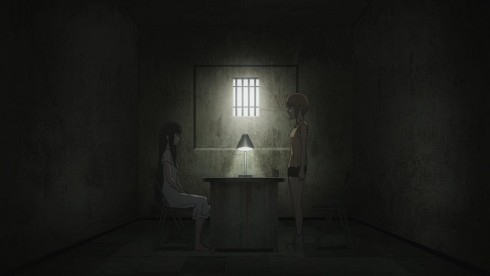 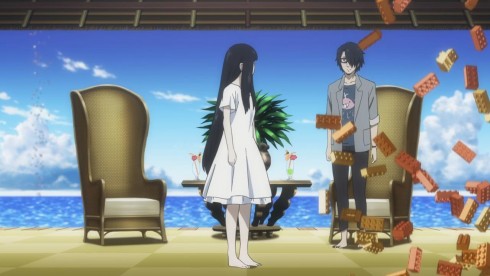 I think its another achievement of the story in particular, that it simultaneously manages to move, and disgust at the same time. I feel for Shiki’s daughter, I feel for the anguish, the pain that she went through. I can see how Moe provided a new way of thinking for her. And at the same time, I shudder in horror at that the kind of person who proceeded to kill her own daughter, and then her lover, and then escaped, playing some kind of sick game with two utter strangers, and completely getting away with all her evil.

Shiki is most definitely a monster at this point, its quite clear cut, or rather, it seems that way. I do wonder if that is the whole story though, if that’s all there is to this. The show has taught me to question everything I’ve ever seen, ever heard, with this breathtaking and shocking episode. 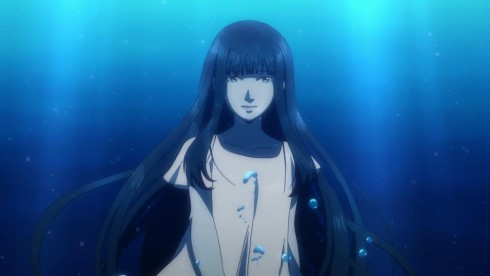 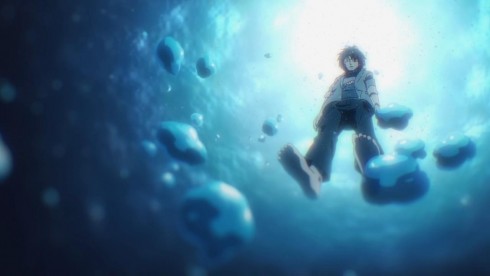 And I actually kind of feel for the series a bit too. I’m sure many people checked out a few episodes ago, never really seeing the grand performance that it was planning for them. I don’t blame anyone who didn’t see it, But I do feel its tragic. This is a story that, by its own talent and brilliance, can frustrate its audience into leaving too early.

All I can say is that all the gorgeous animation, all the build up, all the attention to detail everything feels just so much better now that there’s a point to it all. The little touches are still there, whether its the gorgeous and ethereal underwater conversation between Shiki and Souhei, or whether its a very simple and accurate explanation of the hexadecimal number system. 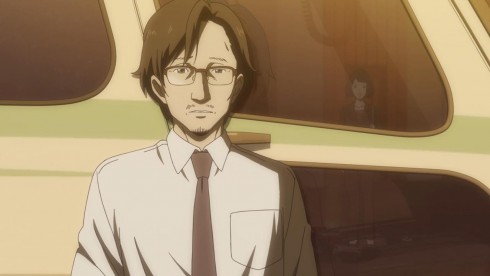 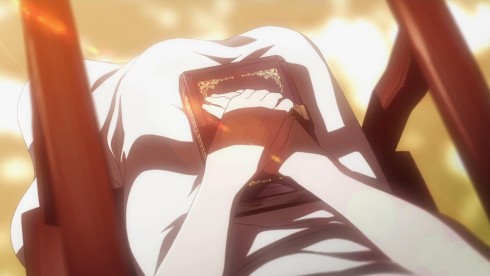 I’ll admit it, I was wrong about Subete ga F ni Naru. It did end up turning out to be one of the most interesting and jaw dropping series of the season. For once in my life, I’m so happy that I was so darn wrong about all of this.

So where do we go from here? I’m not sure. I think the series pretty much hit its climax and resolution, so next week’s final episode definitely has to be the epilogue. What last bits of info is the series going to leave us with? Once again, I’m deathly curious more than anything. Subete ga F ni Naru hasn’t got anything left to prove, its more than done that bit, so now its very much about what it’ll choose to finish on. 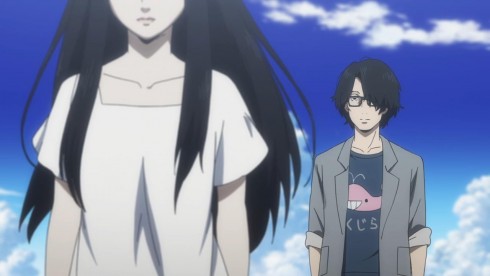 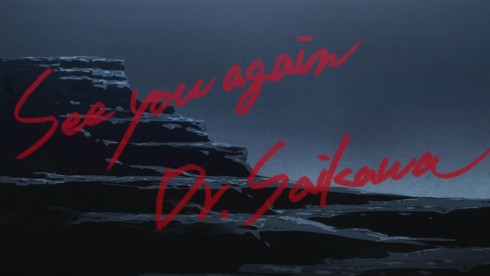 We come back to the central question that I feel we all started with as we watched the first episode of this series. What is Subete ga F ni Naru? What is trying to say? “Kimi wa Dare Desu-ka?” Indeed.