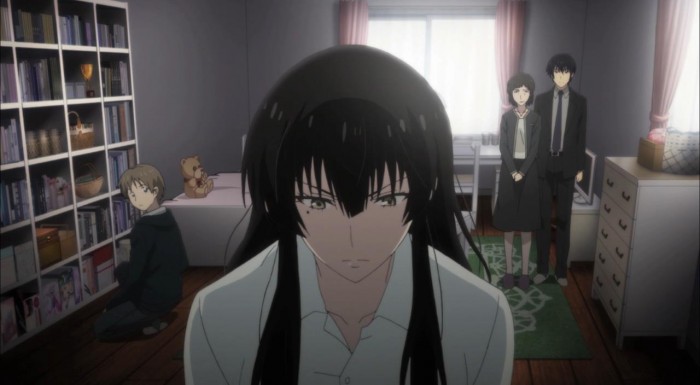 If I were to describe this week’s Sakurako-san, I’d definitely start with the words “bizarre” and “off kilter”. As we move into what will be the final episode, expectations and feelings are definitely mixed and jumbled. For one thing, if you’re still watching then you’ve undoubtedly gotten attached to this particular world and its very likable characters. And because of that, you’ll understand it when I say that Its always a sad time when, as a fan of a show, you prepare to say good bye to the characters that you’ve gotten to know and grow quite fond of in the past season. 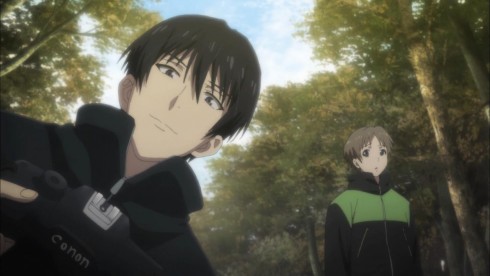 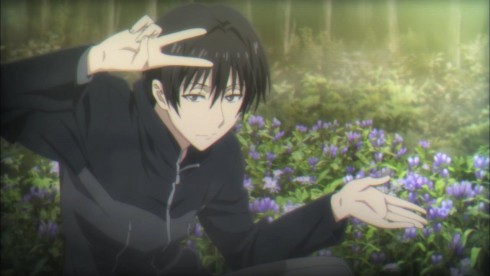 What I think compounds all those feelings, is how strangely weird Sakurako-san felt this week. This is a show that’s always had that sense of “stepping in”, of being suddenly immersed in a world. There’s been that sense of tourism (or visiting), that feeling of checking in with dear old friends. This week actually had all of that, but it also came with a sense of dread and a clear tone of finality to it all.

Something big is going down, and it seems like the painter Hanabusa is finally going to collide with the protagonist, Sakurako in the coming week. The build up to that is subtle, but it also feels oddly stand alone-ish. Sakurako-san is a show that’s at its best when it tells self contained stories, story with a human nature and a sense of beautiful tragedy to them. For all intents and purposes that seems to be what we’ll get, but in a way it feels if not wrong, than definitely “different”. 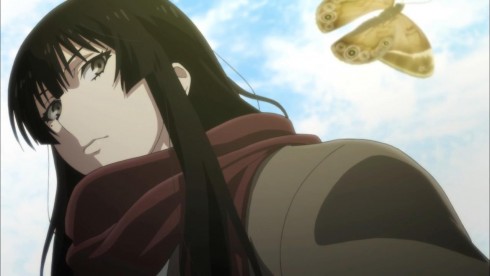 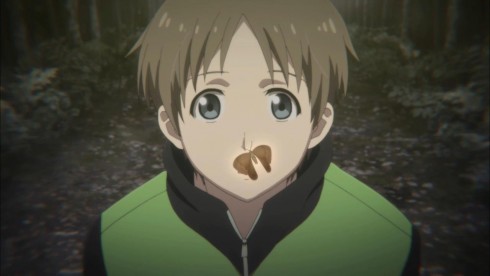 If I were to really boil it down, I’d say that it all feels like its happening too fast, as if it isn’t quite time yet for the series to settle in on what feels like its final story. There have been comparisons to Sherlock Holmes in the comments before, and I think this is, again, one of those times where that is truly fitting. When Sherlock Holmes took on Professor Moriority in Sir Aurthur Conan Doyle’s novels, it felt like it came suddenly, out of nowhere, and both Dr.Watson and the readership, were left reeling in shock.

The story seems to be fully aware of its parallels to that particular piece of classic literature, and its almost using that to its advantage. Shoutarou’s happiness at finally being asked to come over to Sakurako’s for a meal, him seeing her actually taking the lead on a particular investigation, all of it is pointing toward a scenario that seems like its not going anywhere good. Its got that sense of “too good to be true”. There’s that distinct feeling of the other shoe dropping sooner rather than later. And I think the series started that dreaded build up last week, with Sakurako’s declaration of things ending soon. Of course, that’s just one of the previous plot threads that this episodes calls back to. 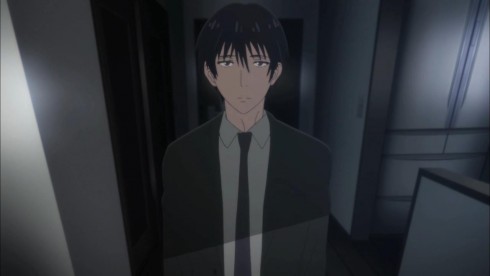 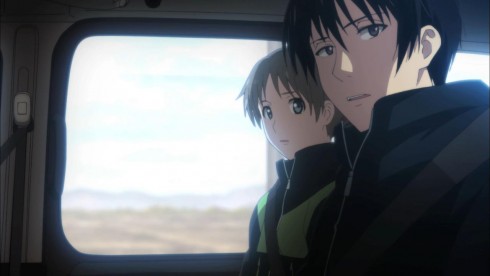 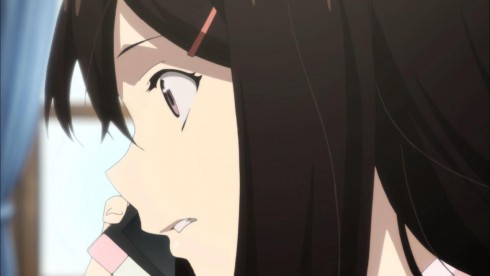 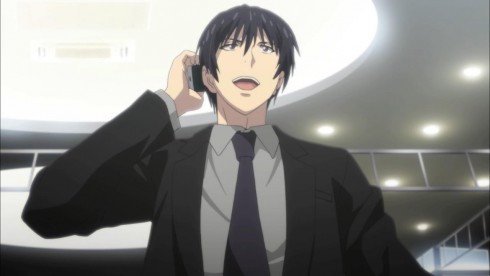 It turns out that it’s Isozaki’s story is what will actually take center focus this time. That’s not only noteworthy in and of itself, but also because it is that story, that will end up being our final animated arc. And that story, connects straight into Sakurako’s own past in a big way. Its kind of impressive, seeing the story connect so thoroughly with the main conflict of the story, so much so that it definitely feels planned out (in a good way).

And yet… There’s a disjointed feeling that comes from the whole affair, at the same time. I distinctly felt like I had maybe missed a few chapters, and jumped straight into what feels like the last bit of the story. It just feels like there’s more to this story and the characters than we’ve been shown, and it also feels like the show is very much skipping ahead to the last showdown, almost winging it in an effort to make it all feel as natural as possible. 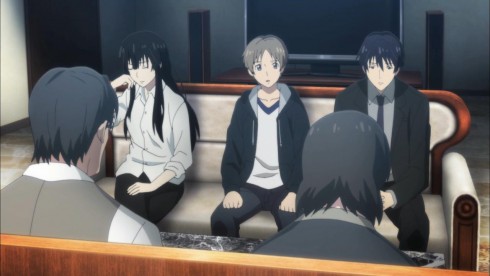 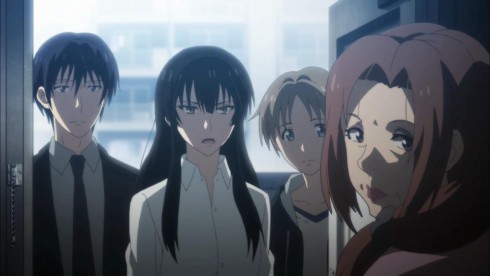 Now, I have to point out that none of the build up or setup in this episode was bad. Far from it actually. I actually felt like this was another one of Sakurako-san’s very successful setup episodes, and one that ties quite beautifully to what we’ve seen in the past. The Painter is mentioned, the whole storyline from the toxic painting from earlier in the series builds into the current mystery, and even Yuriko gets a nice cameo and link to the story.

But… It feels like the show is trying to make this story into one big event, even though its clearly not meant to be. It feels like the source material isn’t really supporting the idea of a “finale”, and yet the show needs to close in one week. Its a complex and tricky situation, one that I think, definitely affects the experience of watching this episode, perhaps more than it should. 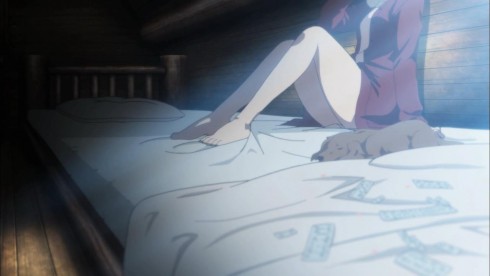 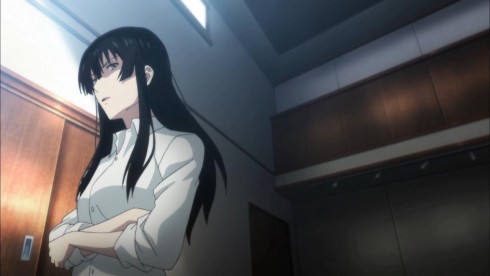 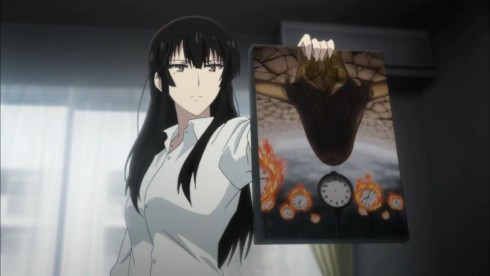 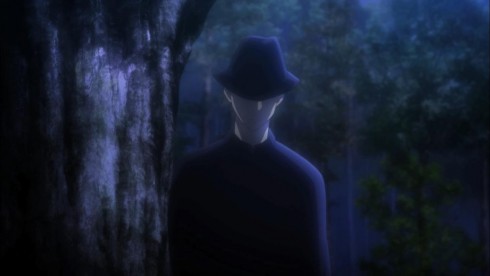 If this were only a season 1, or the first cour of this series, then I suppose we’d be having a markedly different conversation here. But the thing is, I don’t think I can separate out that feeling of finality from what seems like “just another episode”. Even the show is clearly convinced that its not, with all that blatant foreshadowing via straight cut narration.

So what is the big setup? Well… It seems like Isozaki was unable to help one of his students, and her disappearance trapped him in a spiral of guilt and regret. Isozaki’s pain and cynicism, even his reluctance and aloofness, all kind of makes sense with what we learn in this episode. His frustration, his despair at not being able to not only protect a younger girl, but to help her friends after the fact as well, is tragic. As Sakurako, for purely selfish reasons unknown to everyone else, dives into the mystery and goes through tracking down these girls, we find out, as usual, that there’s more to the story. These girls aren’t exactly in the best of family situations, and have their own reasons for being drawn into whatever trap Hanabusa creates. Its quite evident that the painter preys on people’s insecurities and loneliness. Now the big question is, what is his endgame, and how does he relate to Sakurako? 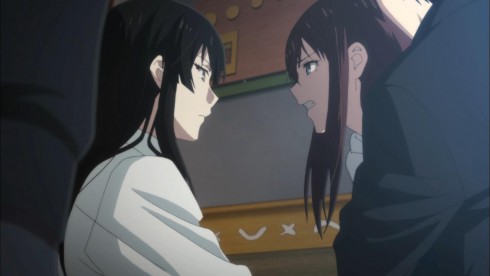 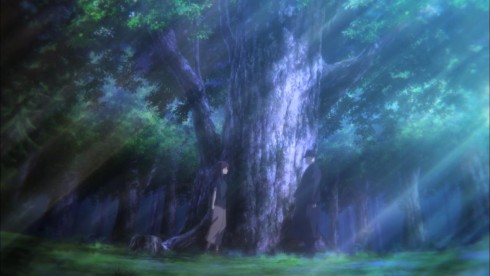 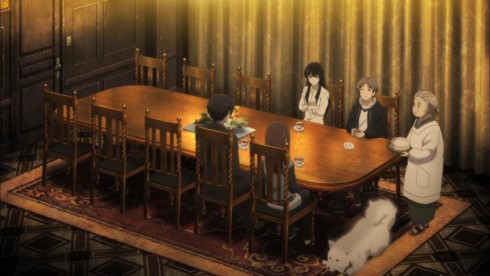 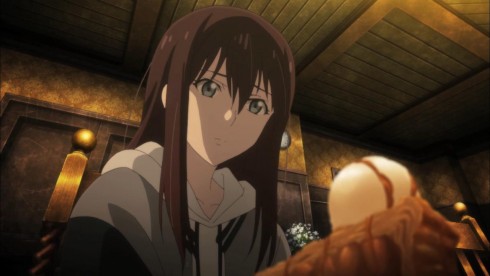 His efforts clearly led to one particular student of Isozaki’s vanishing entirely, and the other two being obsessed to the point of madness. But beyond that, we don’t really know a whole lot, except that, as usual, Sakurako, seems to know a lot more than she’s letting on. We’re in the dark, as she hatches her plan, and closes in on the killer that I think she’s been seeking and chasing for a while.

And Shoutarou? It seems like his happiness and his world, as it stands now, is going to come crashing down on him, when he least expects it too. All of this, its the makings of a pretty solid story and one that can totally deliver on all its promising. 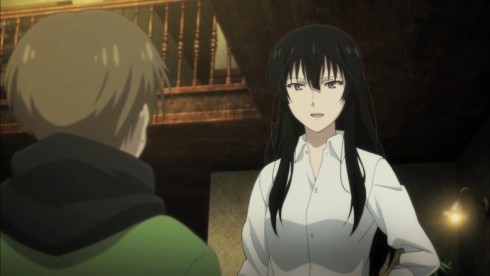 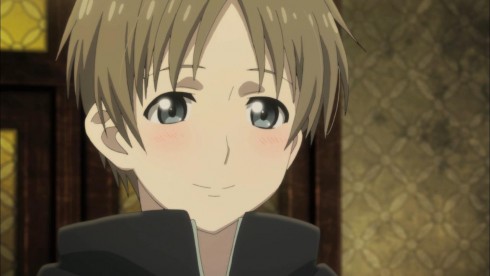 I can say I’m excited, because I genuinely am. But even more so, I’m curious and hungry for answers. And while I do believe that those answers will be good, if not great, I do wonder how this particular story fits as an ending to this series. It definitely feels like more of a mid point of the larger story rather than the conclusion. I’m not holding that against it just yet, not because anime adaptions are what they are these days(I don’t think I’ll ever give into THAT notion…), but because we still have one more episode to go.

The setup is there and its all quite intriguing. How does Sakurako-san end the story, and possibly the franchise, in animated form? That’s the question that I think will define what kind of show it becomes. Will it be a show that will feel satisfying, or at least, make us feel content with whatever we get? Or, will it feel horribly unfinished, and forever leave us hungering for the full story? I suppose we’ll find out next week…