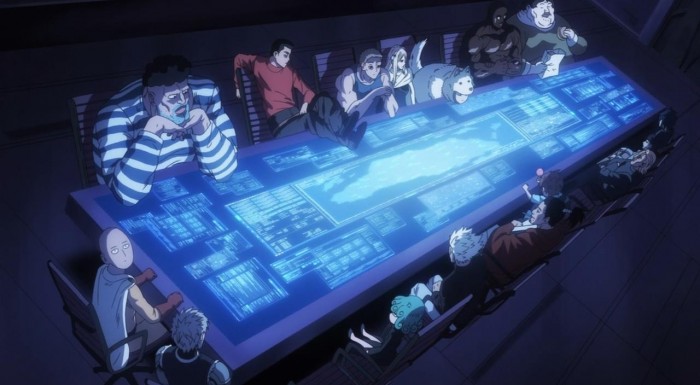 This week may feature one of the last few episodes for the series, but it seems like One Punch Man clearly didn’t get that particular memo. The show continues to steam ahead, now with its second multi-episode arc. Its an odd situation, because in a way, it feels like One-Punch Man is just getting started. The world is established, we’ve gotten familiar with most of the key characters, and the franchise in general is ripe with potential for dozens and dozens of stories. 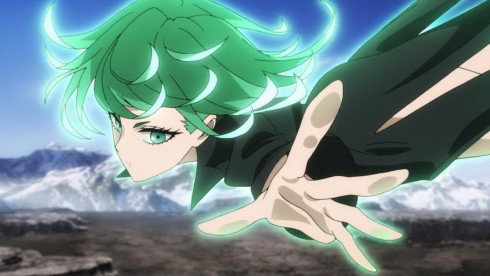 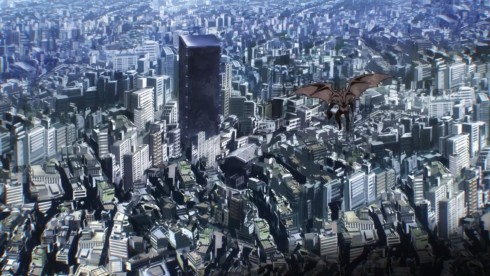 Continuing the trend from our last major story arc, this week’s big disaster was another issue that nearly all the other heroes in the world seem to be powerless to deal with. I think we’ve all quite clearly realized by this point, that Saitama is a cut above everyone else but… This episode just proved HOW far apart Saitama is from every other S-Class hero. Leagues ahead, which is a fascinating little dynamic.

It calls back into question,  the big issue that the show raised last week. If Saitama is so strong, and so powerful, what really is the point of every other hero? Its a question that seemed to echo throughout the episode, as every one of the S-Class heroes struggled with the latest problem, wondering how they were going to tackle it, or barely being able to hold out. 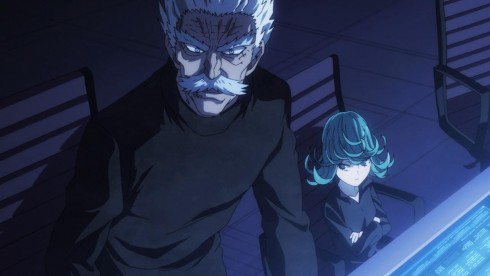 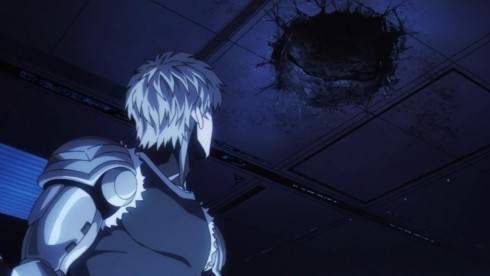 Meanwhile, Saitama just went ahead and got to the root of the problem. Their actual importance and significance to saving the earth aside, I do have to say that the S-Class heroes are a colorful bunch. Its kind of impressive, to see the series have so many unique and interesting heroes, each with their own powers but more importantly their own quirks.

That’s I think, what makes One-Punch Man such a successful series. It approaches the building of its heroes by making them people first, and beings with power second. I’d say the approach works a lot better, and is a hell of a lot interesting than what the west seems to be offering these days in terms of super heroes. 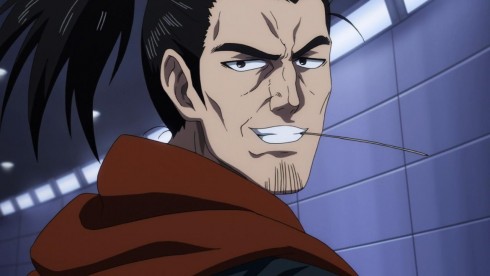 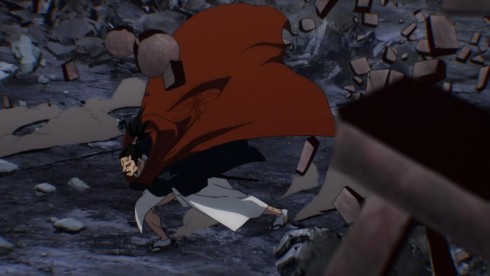 Save for Metal Knight and Blast, we really do get a look at all the other S-Class Heroes these episode. Some of them we’ve seen before, some of them are entirely new additions. I personally, am quite taken with Atomic Samurai, if only because he’s got that sense of samurai pride to him. Its not the traditional Samurai pride either, the one that Japan depicts and noble, quiet and cold. No, this guy is a ruffian, a guy who’s worked hard and seems to respect only the strong.

And I think, Atomic Samurai stands out as one of the few people who has an interesting character design. There are a few others, I’d say Tornado is a character that’s got both good character design, and plays the annoying chibi-tsundere troupe well. What’s most important is the fact that none of these “heroes” are all that likable. 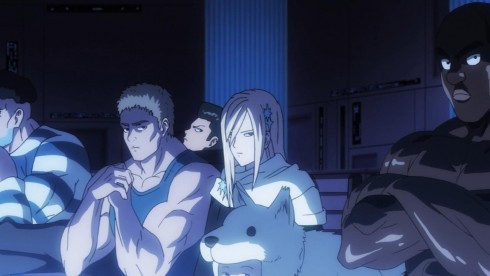 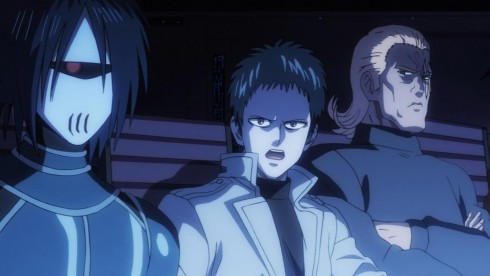 They bicker, they fight, they’re petty and most of them have pretty warped personalities. In some ways, its a very Japanese, cynical way of looking at heroes and powers. One Punch Man seems to think that absolute power, or any power in general, corrupts. It may not make you outright evil, but that talent, genius or special power seems to at the very least, mess your personality up a bit.

There’s something oddly refreshing about that, about annoying, petty little people having powers and just being different from the few hero archetypes we see in popular media again and again and again. Standing tall above them all, is Saitama of course, who seems to encapsulate being the very personification of anti-climactic and yet continues to be likable and pretty darn funny. 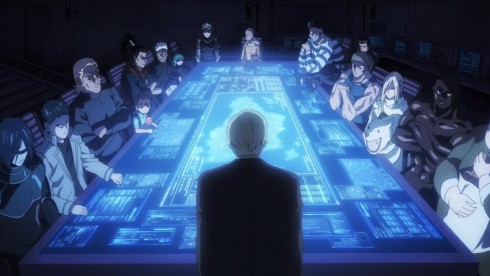 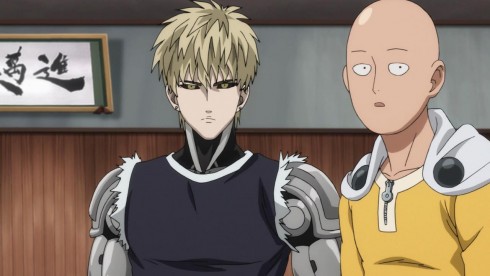 In a cast full of weirdos, Saitama and to a lesser extent Genos, stand out as generally likable and noble characters. Saitama isn’t interested in debating about the finer points of the problem, or discussing things. There’s a problem? He’ll just dive right into it and fix it.

Speaking of problems, the one this week seems to be an alien invasion, and one that the Hero association is ranking as “Kami Level” (God). At this point, I will say that its hard to really tell if the problem is as big of a deal as they’re making it out to be. Seems to me like these earth shattering problems happen more often than not. 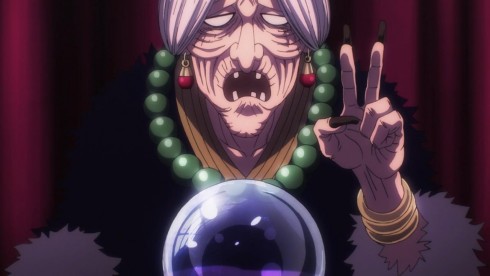 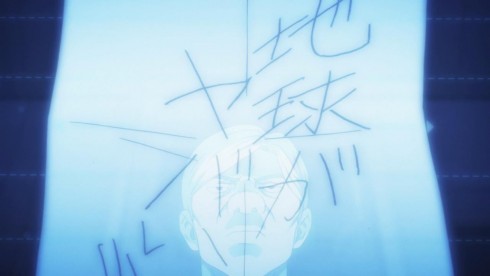 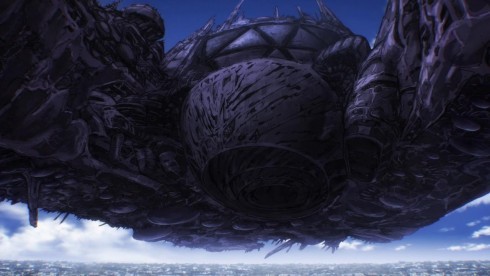 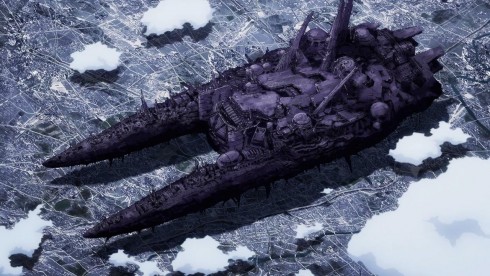 Don’t get me wrong, the show tries to build this latest threat up as something that’s a bigger problem than everything we’ve seen before. There’s that whole story of the Old woman, the Seer, that dies before giving her big predication. There’s a funny joke about her not ever having used “Yabai” (Trouble) in any of her predictions, and the apparent sillyness of THAT being the gauge for how bad the situation really is.

But even with that, even with all the S-Class Heroes there, even with an entire city being wiped off the map with one blast from the alien mothership, It all feels… the same. It feels like another bad day in the world that this series is set in. With how many problems and disasters this particular version of earth faces on a daily basis, I’m surprised anything is standing at all. 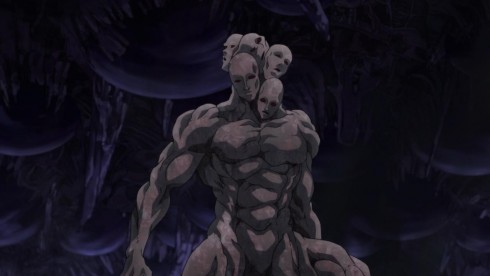 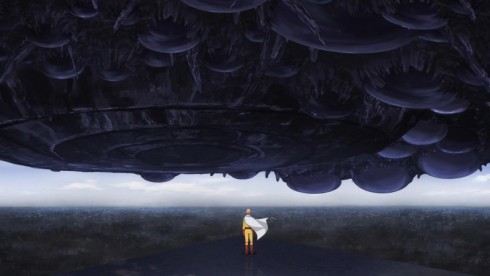 More importantly, however, even though this episode is pretty much an entire episode of buildup, it doesn’t feel all too different from the Sea King episode. The Sea King episode was even a bit better, in that that villain had a presence that stole the show that week. This alien invasion looks cool, but its unclear how that particular story is different from the last one.

I mean, sure, we’ve got the cool moments throughout this episode. The scene with Saitama blasting his way into the mothership is the weekly dose of One-Punch Man animation awesome. There’s a nice little scene with Atomic Samurai and his battle with the weird, multi-headed creature. And as usual, One-Punch Man just looks absolutely GORGEOUS. 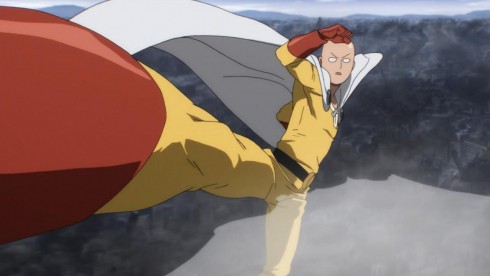 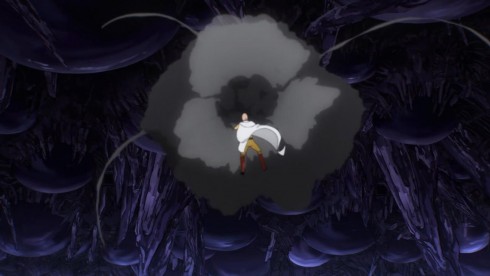 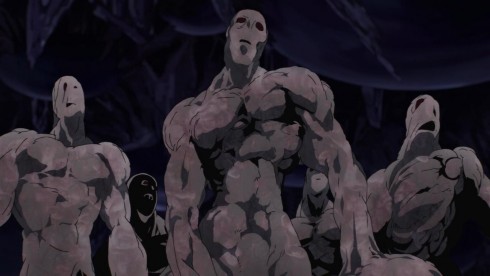 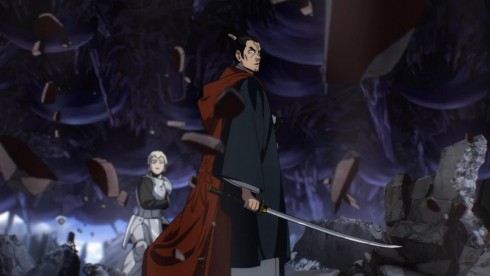 But I say all of that, and if you’d ask me what was so different or special about this week, then I’d be hard pressed to find a suitable answer. The truth is, I’m not sure, and I do feel like its more of what we’ve gotten from the series so far. What I do know, however, is that One-Punch Man doesn’t recycle similar stories, and that I think it has a trick up its sleeve.

The One Eyed Monster dude sitting in the chair, is he the apparent last boss that Saitama is seeking? Is he going to alter the dynamics of the series in some meaningful way? I believe so. I think there’s going to be something different, something interesting, to come out of this series as the show ends. It may not be a ceremonious end, it may not be super special, but I’m betting it’ll have a nice, unpredictable little moment tucked in there, somewhere. 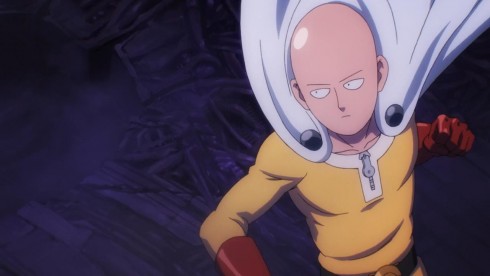 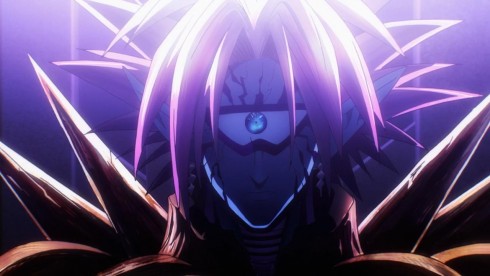 During the past 9 episodes, One-Punch Man has made me a believer, so I think whatever its cooking up before the first season ends, it’ll be good, if not great. And if nothing else, I know I want to see more of One-Punch Man, and the series continues to show that there’s so much room for other stories.

There’s that whole mention of Garou during the small little segment where Genos and Saitama seem to be hanging out with Bang, which seems like it’ll lead to something cool. That’s the thing, there’s always something cool with this franchise, lurking in the corner. 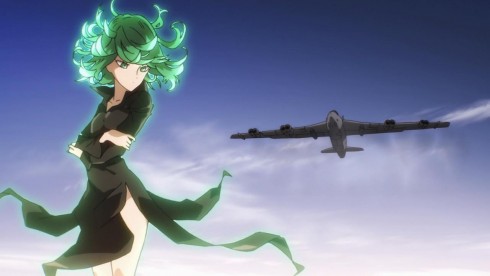 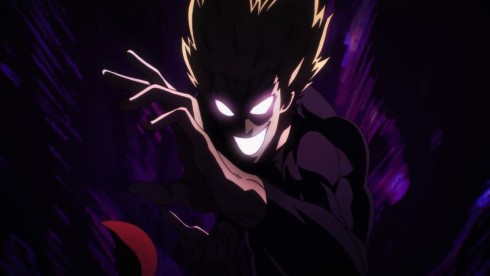 In the end, all I’d like to say is that it doesn’t feel like the second last episode of this series. It feels like we’re in just another solid episode, and the idea of the show ending next week feels almost unreal. I’ll reserve my goodbyes for next week, but suffice to say, I’m excited. I’m excited to see whatever last little thing One-Punch Man wants to say, before we bid goodbye to it (for a while).