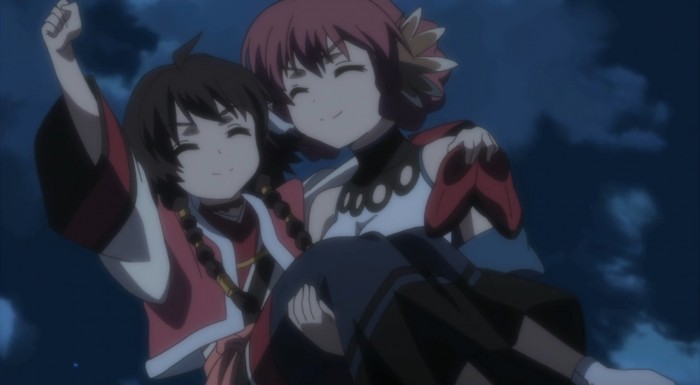 Paging the plot of Utawarerumono, you may feel free to appear at any time now. Yeah, another episode that while having some character moments and some world building….doesn’t really feel like it advanced the plot. This is the adaptation of a video game right? The original series and game did have strategy and combat in it. Was this just a pure blown romantic VN? We’ve been waiting for weeks now for something key to happen, but so far…..not a darn thing. I can respect building up the world and giving some context to Yamato as a country. I’m fine as well with developing the characters (what interesting ones we have), but there has to be a point where main plot comes up somewhere. While Yamato has some issues and some corruption…it doesn’t seem beyond the level of any other country. The most suspicious stuff we’ve had is one corrupt general and one with a look that gave Haku the chills….that’s it. 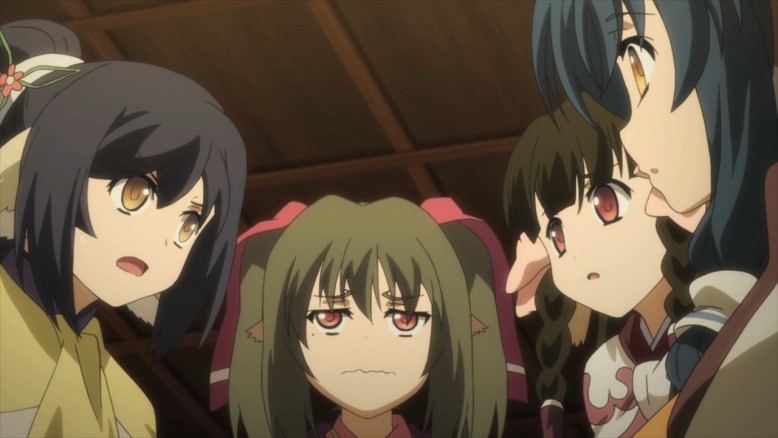 Most of the episode was flipping back and forth between the girls and Haku’s trials. Not that much to say about the girl’s love talk. It was some silly stuff. Maybe the more interesting thing was the poking at Kuon’s lack of love experience. Certainly nothing wrong about a group of girls being interested in a discussion on love or reading a love story. Maybe a bit silly that every single one of them was embarrassed to discuss either the word ‘kiss’ or what the meaning and purpose of it was. It’s not like they were explaining to Anju what sex is.

Maybe the other interesting bit of the girl’s side of things was a potential friendship or rivalry with Nekone and Anju. Obviously Nekone doesn’t see this whole thing as remotely interesting. A bit of a bro-con and not interested in Anju having those kinds of feelings towards her brother. Some silly moments with them, such as Nekone being the first to fall asleep and then with the posing they were doing. Well I suppose Atui has some point there that physical appeal is part of the romantic equation at times. Not always the case, but if you are an attractive person it probably doesn’t hurt. 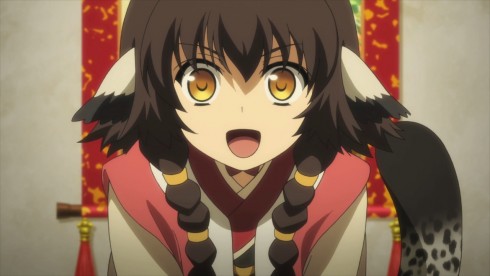 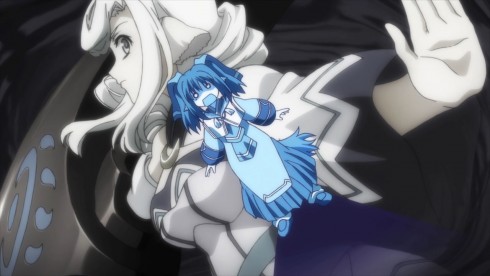 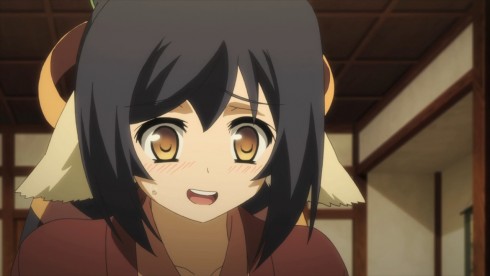 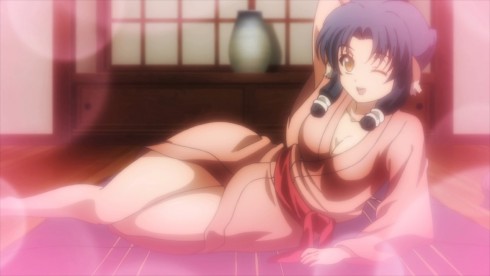 They did try to make some of Anju’s problems have some depth to them….but in the end it is just a crush. Oshutoru showed her things that she hadn’t seen before and helped expand her horizons a bit. That leaving an impact on an impressionable young girl and she got a crush out of it. In reality there really isn’t anything they can do to help her out. Oshutoru is already pressured enough by the fact that his position makes it hard for him to help the people, he’s really not interested in taking advantage of a young girl’s feelings to improve his social status. I can’t see any scenario when he could even pretend to return those feelings. Just put her down gently and that is that.

It was a solid moment for Anju if nothing else showing some depth to her character. While she is still basically the naive and inexperienced princess, at least she does feel some pressure upon herself and limitations. 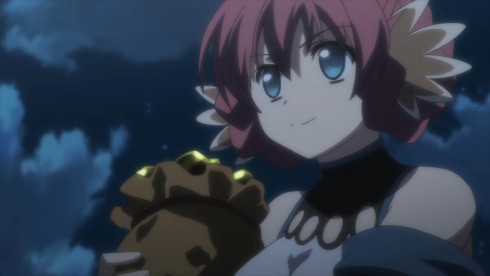 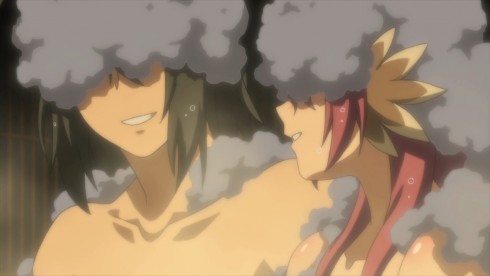 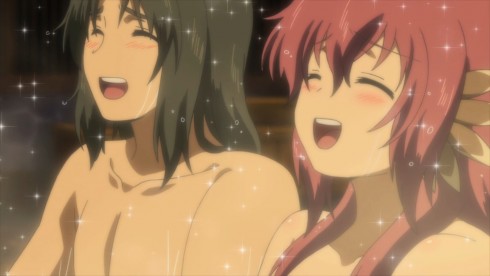 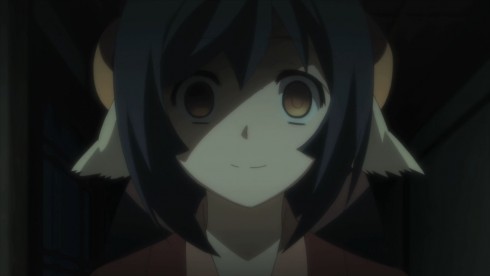 Haku just had a hell of an episode this week….He was stuck helping out for another one of those uncomfortable jobs. Working hard late into the night is hardly a fun thing. But then it only got worse from falling through into the sewers, landing on Nosuri (with the classic groping), falling further into the sewers, getting slapped, and tail hung. It was just a rough day for the poor guy. Just trying to get by and having nothing go well. Kind of funny how before they got cleaned he and Nosuri were getting along in the bath area XD. Sadly….the girl reacted as probably plenty would in that scenario.

At least we finally figured out who Nosuri and her brother are. A couple of incompetent Robin Hoods. They are trying to help people in their own way. But they are just doing it in a clumsy manner. Throwing around massive treasures and clumps of gold will do some harm and maybe hurt someone. Plus…it’s not like the average peasant has the channels to convert stolen gold into money. If Nosuri wants to help by being a thief, she needs to expand her operation so she can smuggle the gold and give people actual cash. Not sure that kidnapping a major figure in the country either is a good move. That will bring the entire nation’s military down on her like a hammer. 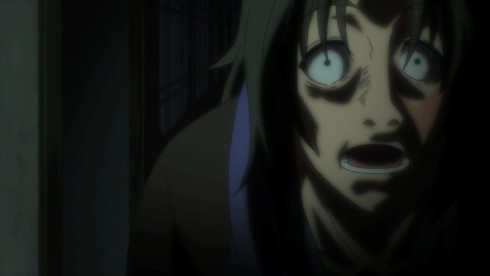 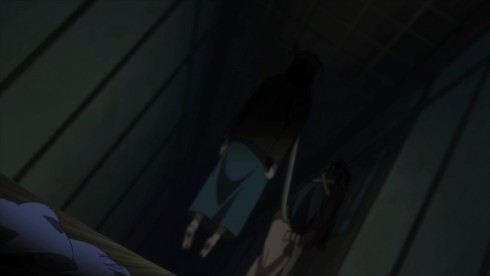 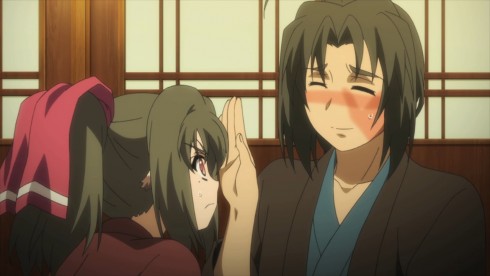 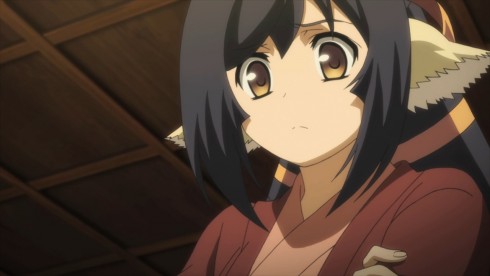 Rough day for Haku regardless. What Haku told Anju probably hit a bit too close to home for comfort. In the end she is someone who still won’t go home, traveling around and is unlikely all that experienced in terms of romantic relationships. The girl has had constant troubles with her relatives when she comes across them. In some ways Kuon is really quite awkward so it wasn’t an unfair point that Haku made. Too bad Kuon was a bit too riled up to really listen to him in the end. Kind of going all horror on us XD.

And yeah, that’s another episode. Next week should be recovering Anju from the thieves and seeing how that aftermath works out. Maybe Anju getting chewed out by Oshutoru for being reckless. Doubt anything major happens next week otherwise. Just going to go pick up a princess and who knows maybe have her fall for Haku since he’ll likely get the job of secretly going to get the princess after being blamed for this happening. Kind of a tough episode in some ways. No real comment to make on Rurutie being a BL obsessed girl, normal stuff there. Let’s hope next week is a big episode.