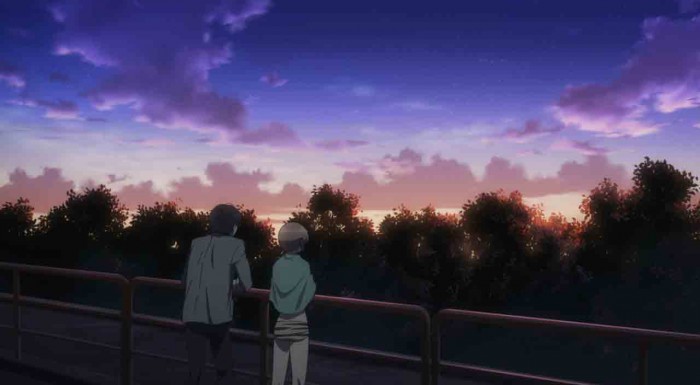 Oh Shucks Souhei! I didn’t realize you hadn’t even decided on the very notion of THINKING Yet. Now that you’ve done that, perhaps we can get some traction on the actual mystery solving? You know… The thing that you’re going to become a criminal for? No? Okay then… I’ll just sit here and…. Yeah… 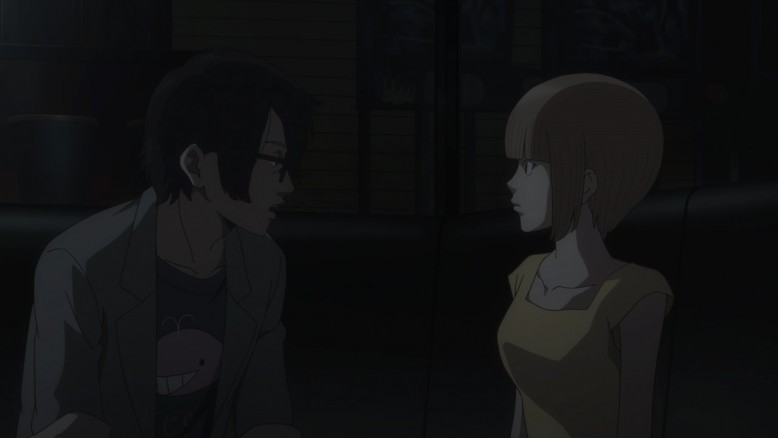 Ahem! Talk about one hell of a waste of 24 minutes. This week’s Subete ga F ni Naru was the very definition of “useless” and “throwaway”. In terms of the larger story, absolutely NOTHING of consequence happened  at all. There was no plot progression, nothing even REMOTELY new. It felt like the entire episode was some sick joke, some twisted prank that had just duped the audience into paying attention for close to half an hour.

I’m honestly surprised, because, like always, I had expected the show to bounce back after the weak episode from last week. That’s been the pattern so far at least. One bad episode, one good episode, rinse and repeat. But this week? This week I’m not entirely sure what we got. 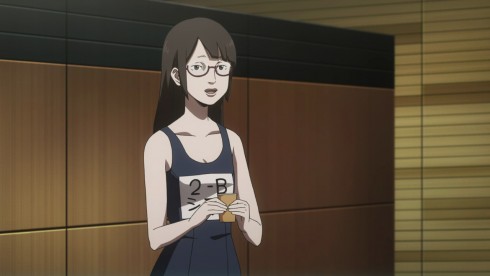 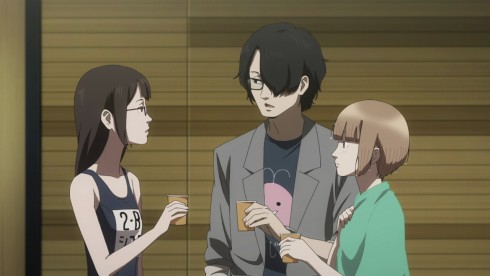 There was some flirting between that programmer chick in the highschool swimsuit and Souhei, with a jealous Moe coming inbetween. Then, Moe proceeded to make the moves on Souhei, hold hands and clearly violating any sense of personal space. But Souhei took like a  robot, barely responding at all, and instead continuing to muse over his own odd thoughts.

Despite potentially talking to Magata last week inside the VR machine, despite the new day coming and a potential ship popping up on the Island, nothing of note happened. There was even a whole subplot of the Lab’s OS, Red Magic being switched and turned off, but that had about the dramatic impact of wall having its paint dry. 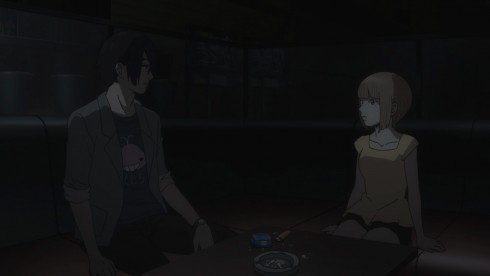 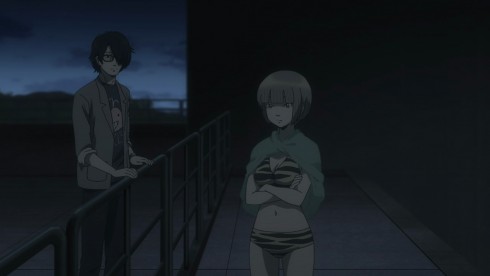 It was weird, seeing Moe and Souhei continue to connect, in some strange way, but not really go anywhere. Souhei and Moe have some kind of relationship that oscillates between Caretaker and Cared for, and something resembling a younger girl going for an older man, but what’s upsetting as the show continues to acknowledge the odd situation, but refuses to move forward in any meaningful way.

And No, Moe remembering a bit about her childhood and apologizing to Souhei does not count as an important stepping stone of progress. And Souhei, well he continues to just kind of be there, asking questions, talking to people, but not really doing anything. 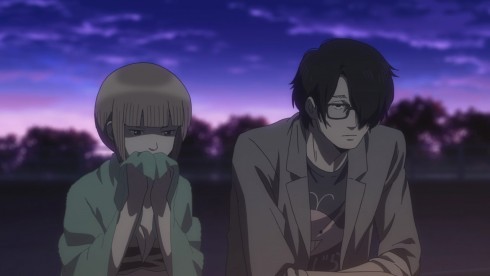 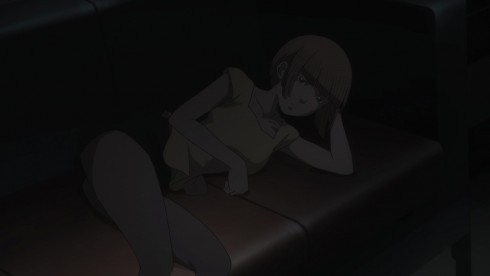 The whole episode kind of felt like a waiting game of sorts. The wait was for whenever the proverbial other shoe would drop, when things would suddenly pick up and escalate again But… They never did. Souhei and Moe just discussed everything, and went about their day.

I think the line that just utterly infuriated me, though, was Souhei’s whole: “No I haven’t solved the mystery, I’ve decided to think on it now.” 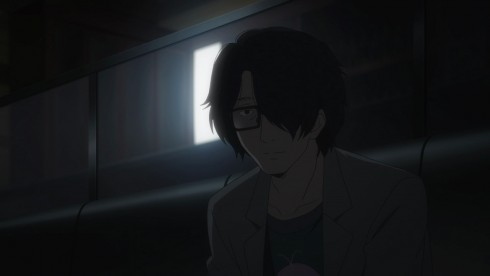 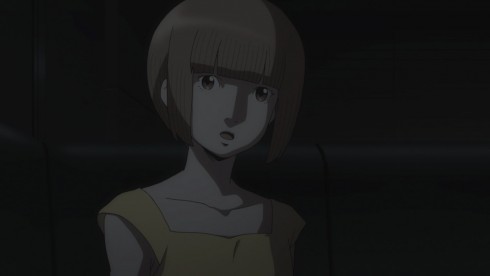 Yes, I get that the show was trying to spin it as some kind of “unique” thought process for Souhei, but what it actually meant couldn’t have been more clear. The meaning, the implication was indeed that the show just didn’t think it was time to move the story forward, so it was stalling and using Souhei’s weirdness as a crutch of sorts.

Then came the moment of Red Magic being switched off, and the lights going out. We got this weird sequence of images, of people moving around, of Magata Shiki, and a bunch of other weird psychedelic stuff. Stuff… That clearly made not a lick of sense, and was just trying to be edgy in some pretentious kind of way. 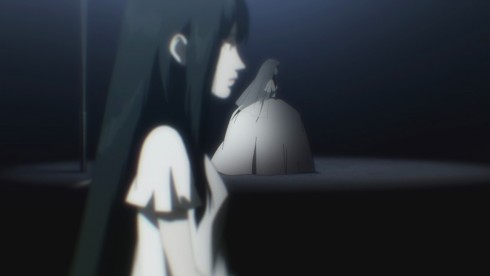 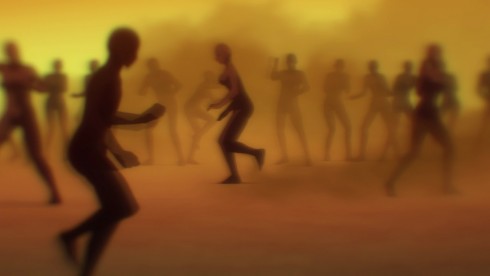 And by the end of it, Souhei said that he had figured out something. GREAT! The plot was finally going to move forward right? Nope! Instead we had the exceedingly frustrating notion of Moe telling Souhei to hold off on his explanation, because she was going to figure it out herself.

Wait… WHAT? After pestering the darn guy for answers throughout the episode, she suddenly changes her mind and decides to just… Solve it herself? If that’s not bad writing, completely contradicting the character, and bring nearly everything to a standstill, then I’m not sure what is. 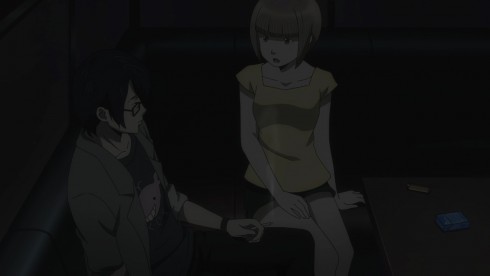 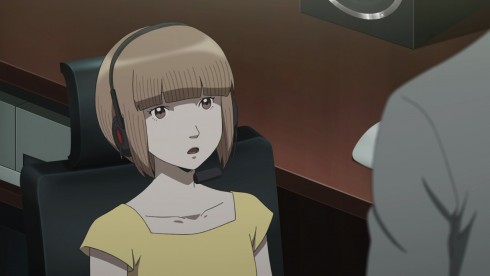 To add insult to injury, we got another flashback sequence from Magata Shiki’s past this week, that told us absolutely nothing new either. We already knew that Shiki was never convicted of her crime, and how she got to the Island. The point of that entire narration and scene was completely and utterly lost on me.

And that’s the general feeling I have for the show at this point. There is no point to watching it, there is literally nothing left for it to do. It seems like the show somehow, covered its story too quickly and is now stucking delaying things until it can start to reveal things again. 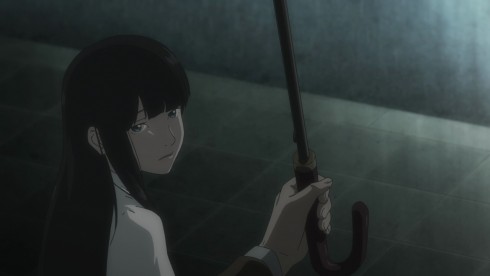 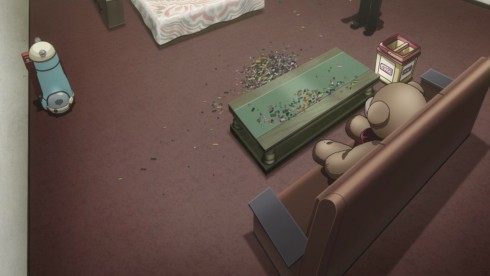 We’ve still got four more episodes, and I’m exceedingly worried about how those are going to go. When my first reaction after watching an episode is “wait, That’s it?”, then well… Something is horribly wrong. 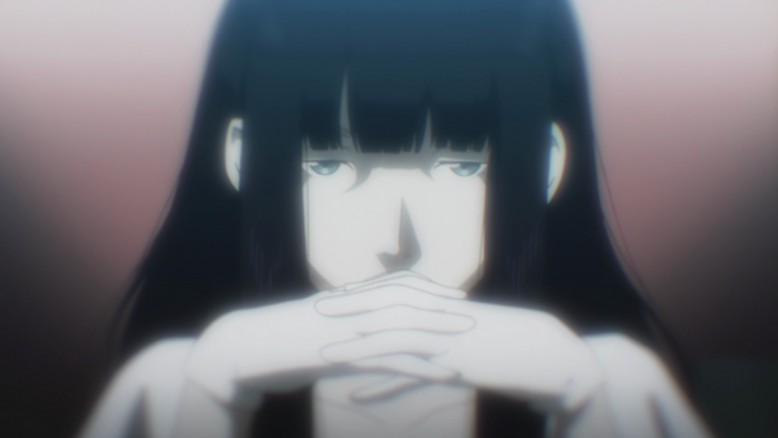 “Why Do You Continue to Watch This Show? This is Most interesting…”

Is there a slight chance that Subete ga F ni Naru will suddenly rebound and become awesome again? Well yeah, I suppose there is. Do I expect that will happen? Not really.