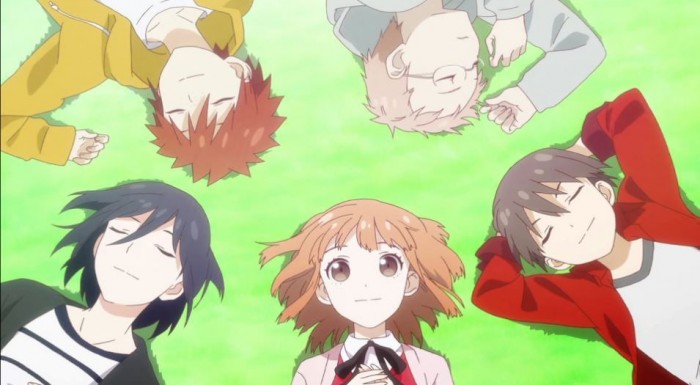 Before going in to the Fall 2015 season I was admittedly pessimistic – but there were a  few series that jumped out at me and looked like potential “sleeper” series, and one of them was the shorts series called Tantei Team KZ Jiken Note. It was a mystery series where the characters were elementary school students, and there was something about it that reminded me of a very similar (yet also very generalized) feel of the old “Encyclopedia Brown” mystery novel books I read over 30 years ago, and remember enjoying. 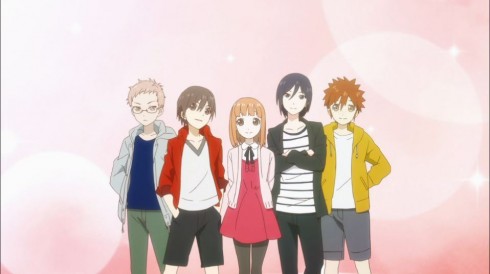 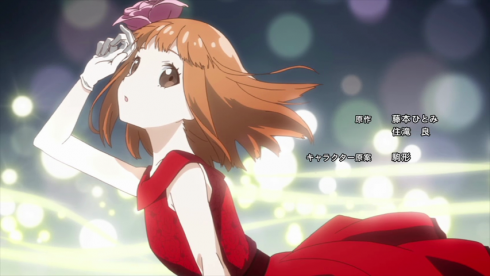 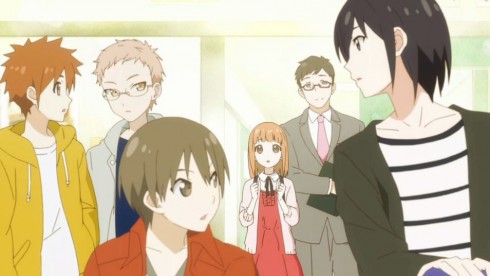 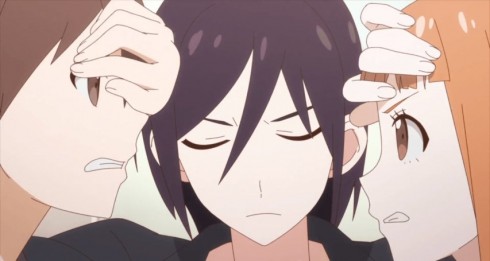 The main character of the series is a girl named Tachibana Aya – a character who gets some unexpected … mmm … not necessarily “depth” (though there is some), as much as “details” that are articulated. In the opening moments of each episode she is the narrator introducing the each episode in particular and the series in general, and she does an excellent job of it. She also often thinks aloud and reflects on things, especially interactions with others, and in a way that is both endearing and mature, yet still able to remain convincingly that of a young girl. She is unexpectedly sharp as well, and gets especially excellent grades in studying Japanese, which means she is a little more articulate and aware of what is going on inside her mind and emotions. The VA (Tatsumi Yuiko – Nishizono Mio from Little Busters, among other roles) does a very effective job here, and the result is that Aya comes across as a blend of being shy and self conscious while being … charming. 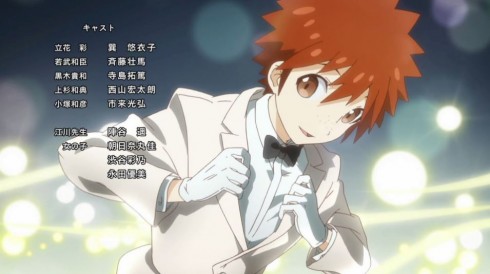 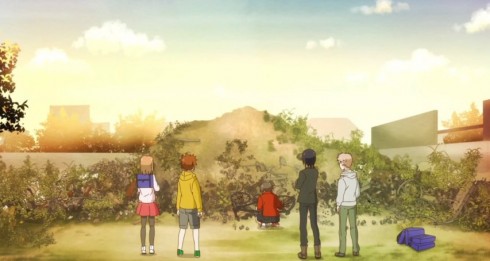 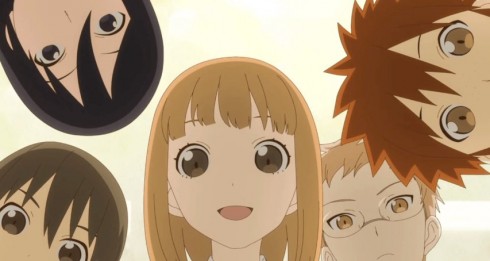 The story’s narrative all begins when Aya unexpectedly becomes friends with a tight-knit group of friends from her school who excel both academically and athletically after being put in the same “special class” in the cram school they all attend. She eventually joins their group and they find themselves in situations where they “solve mysteries”. The four characters are: Kazuomi Wakatake (the charismatic and self-centered leader of the group), Takakazu Kuroki (the polite, handsome, smooth-talking “information gatherer”), Kazunori Uesugi (an extremely intelligent and disciplined math spcialist), and the gentle, kind and approachable Kazuhiko Kozuka (who is good at social matters and science). Aya finds her place among them as the “language expert.” 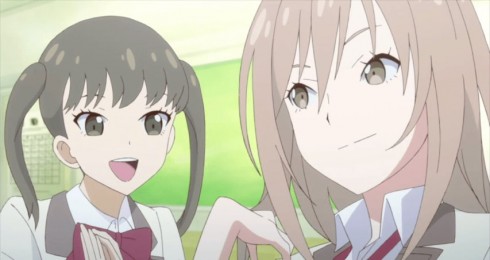 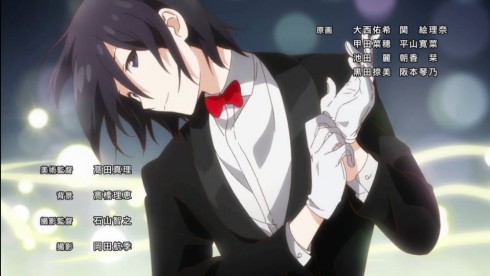 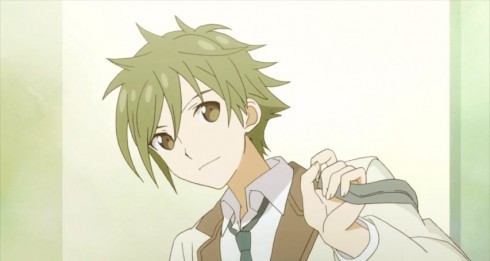 The mysteries themselves for me are rather “middle of the road” – they are not uninteresting, but neither are they terribly interesting to me either. For me the best part about them is the fact that they become occasions for character interaction and growth. And once again, the main character of the series really shines in this regard. Aya’s fretting, pondering, reflections on and perceptions about her interactions with the four friends and her classmates really help the series stand out and give it unexpected individuality – in the good sense of the word. Another aspect of it that was unexpected when it began airing is that the narrative takes the characters into Middle School as well, and unexpectedly separates them in terms of where they attend. The result is introducing other characters into the story, characters which wind up only enriching an already engaging narrative. 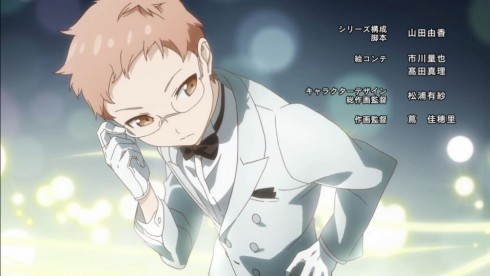 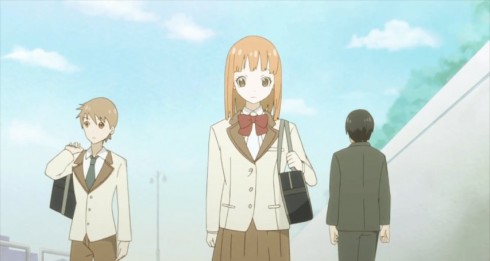 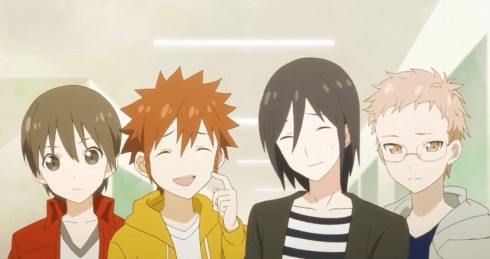 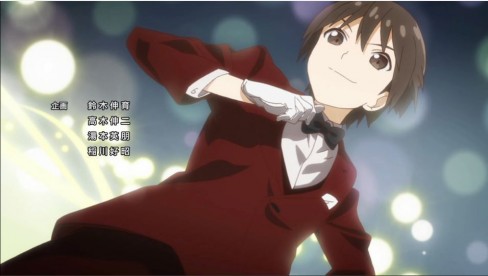 Surprisingly this series seems to be pretty popular in Japan – there are 18 volumes that have already been released (!), and the front covers of the volumes show that the cast slowly but surely expands. If what we have seen thus far is any indication (as of today eight episodes have aired covering two mini-arcs) then a more lengthy series would be quite welcome for me. At the moment there seems to be plenty of material, and even if it is a short-length anime (each episode is about 8-9 minutes long) it is doing an excellent job of quiet success. This one definitely seems to be flying under many people’s radar, but it is also definitely worth giving a chance, particularly if one enjoys character driven stories. I would love to see more seasons of it!