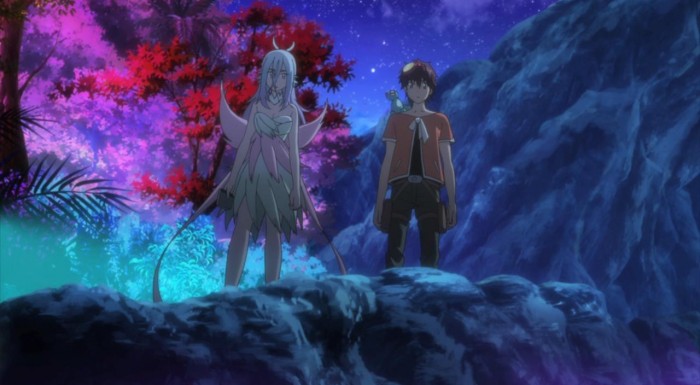 So wait… Moura was actually a girl? Sogo is a harem lead now? There’s even a potential new pairing for Do Mon with Gus? Man, it seems like Comet Lucifer is throwing in some serious curveballs this week.

All joking aside, I actually do think that this was one of the strongest episodes we’ve gotten from Comet Lucifer yet, and all the while sticking to the series mantra of taking tried and true stories and molding them into its unique world. 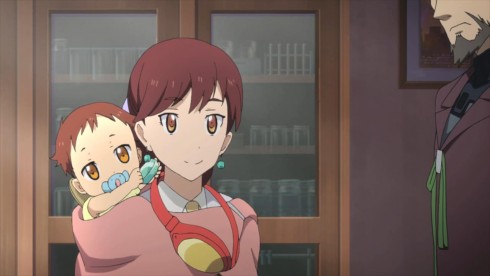 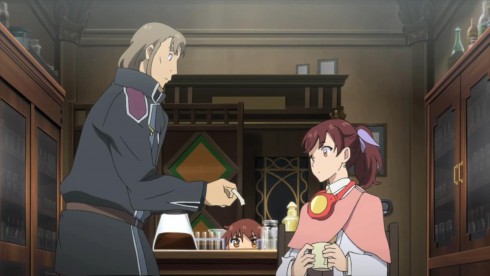 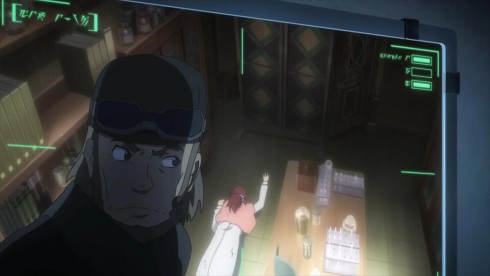 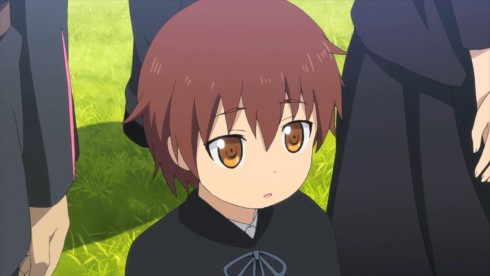 The flashback segments to Do Mon’s early days and meeting with Sogo’s mother were the highlight of the week for sure. It was a small little story, one that had Do Mon meet and grow attached to Sogo and Sogo’s mother, but also lose her to the evils of bureaucracy and the thirst for power. Sogo ended up losing his mother at a young age and being in Do Mon’s care from that point.

The story was pretty standard, but it had a lot of heart in it. Do Mon’s pain felt real, as was his responsibility to Sogo once all the dust had settled. We also got a small hint in regards to Sogo’s father, in that he’s pretty inconsequential in the grand scheme of things. Sogo’s dad died before he was even born, and had little purpose in the story beyond fathering him. 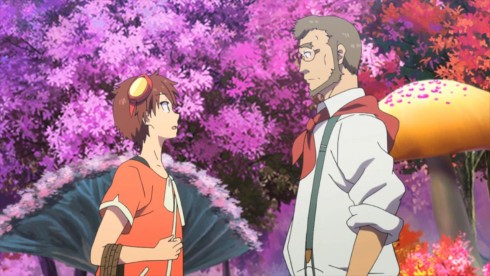 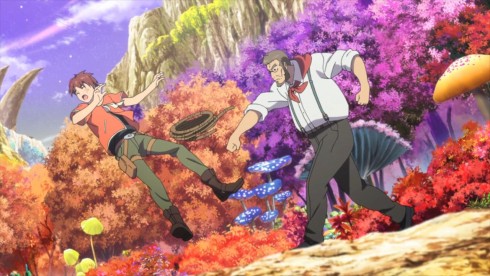 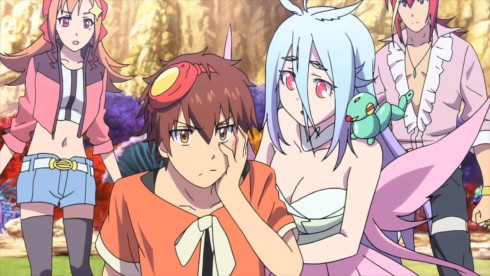 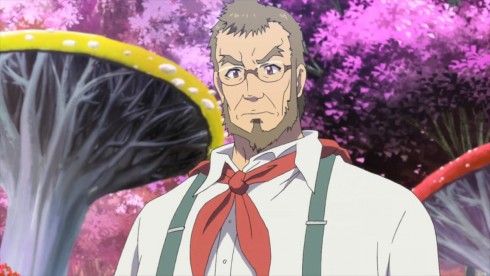 Back in the present day, Do Mon ended up reuniting with the kids on their mission to get Felia to Altar of Abyss. The meeting was mixed, in that the kids finally got some good food, but they also got a new conflict to contend with. Do Mon, as any worried parent would, told Sogo to stop here because he was going up against Real soldiers and would surely die. Sogo’s response was about what you’d expect, he got angry and wanted to protect Felia.

To Do Mon’s credit, he not only doesn’t have the whole picture with regards to Felia, but he’s also pretty right about how hard it is protect someone. He himself failed to protect the woman that he most cherished, and so there’s a genuine desire to not have Sogo go through the same and to potentially lose him as well. Of course, I think Do Mon’s little speech does more harm than good, if only because Sogo decides to proceed onward without Kaon, Roman and Otto after it happens. 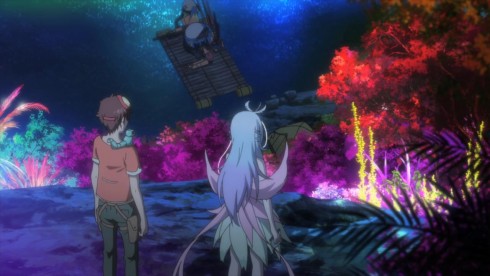 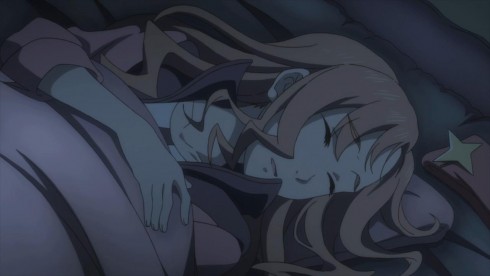 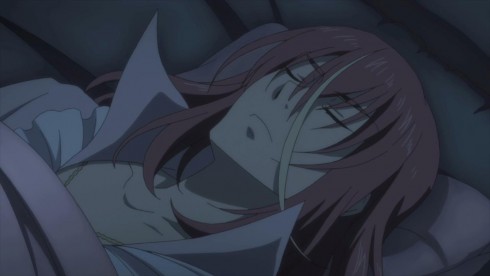 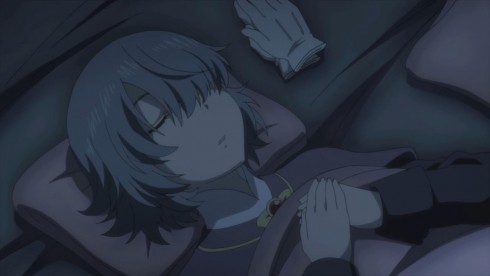 Its a trope at this point, but I really hate it when characters leave their friends behind because “they want to protect them”. Comet Lucifer isn’t the only show that’s guilty of this, but it still feels pretty cheap to do at this point. Given how many times the other three have saved Felia and Sogo, they’ve more than earned their right to continue this journey to its end. I know I’d feel seriously insulted if I was left behind this late in the game.

Beyond just deciding to leave everyone else behind though, Sogo and Moura also “connected” a bit this week. I admit, I was completely thrown off when I found out that Moura wasn’t just a stone creature, but actually a female… It felt really weird because I had imagined Moura as male throughout most of the show. I remember even calling Sogo and Moura’s little squabbles as something that boys just do, so yeah, color me shocked here. To make matters even more weird, its hinted at that Moura seems to have feelings for Sogo too, and she’s even more Tsundere about it than Kaon. 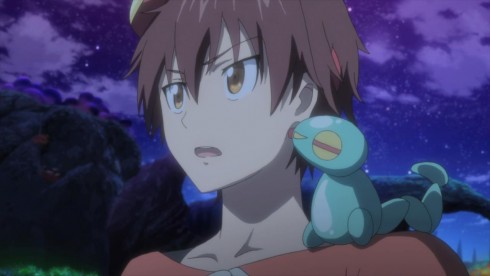 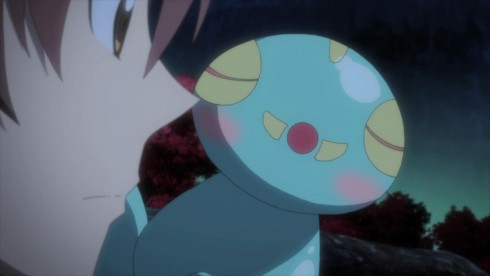 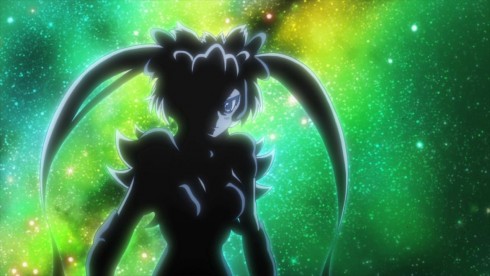 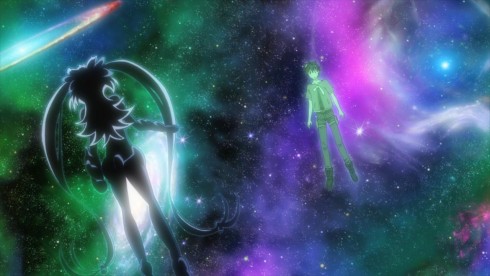 Moura x Sogo? Uhhh…. Yeah, I doubt its ever going to happen, but I do question the wisdom of this little reveal. I guess its simply something that’s there, a little side note, but it completely overshadowed the info dump that Moura gushed out as she was talking to Sogo. This wasn’t anything we hadn’t already inferred before either, so it was kind of throwaway at best.

Felia is basically the embodiment of the planet, and needs to recharge herself at the Altar of Abyss or she’ll wither away and die (and presumingly, the planet will too). The idea is simple, but it gives our heroes some stakes to fight for, even if three of them are abandoning the rest. 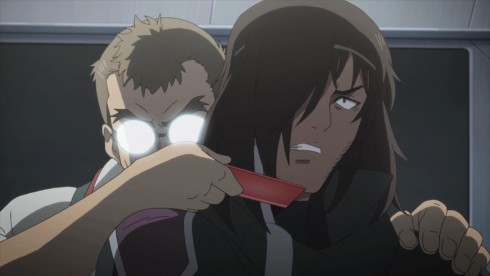 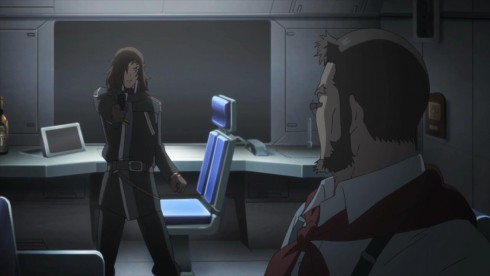 Do Mon, meanwhile, after his little talk with Sogo, went full on commando and paid Gus a visit. It seems that Gus clearly looked up to Do Mon, and was devastated when Do Mon eventually decided to retire from the military and raise Sogo. I’m not sure what Do Mon is doing, skulking around the Military, but I’m sure he’s trying to make things easier for Sogo and co, in his own badass way.

So… With all that said, we’re at a place that I guess I didn’t expect, but one that feels a bit disappointing, in a way. The fact that Sogo, Felia and Moura decided to go off alone and leave the others behind feels a bit sad at the very least, I’m sure Roman, Otto and Kaon will come in later, but still… Its another one of those story beats that we’ll see resolved in a predictable way and seems unnecessary. It also makes Sogo and Felia look pretty selfish and just overall bad. 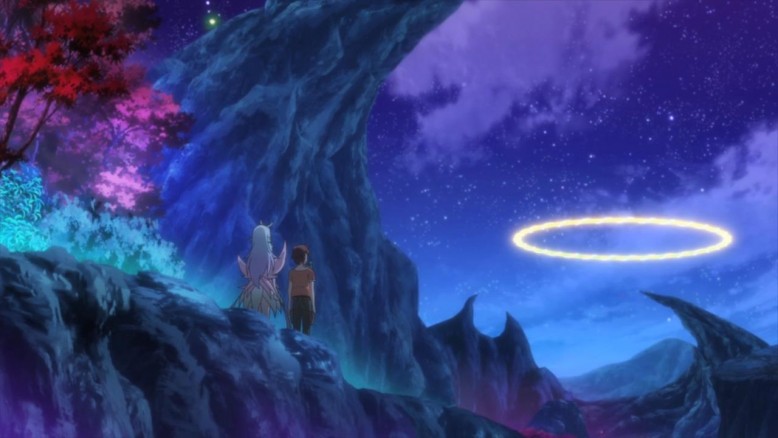 Light… Purdy… Must go toward the Shiny!

Where does the story go from here? Well toward the Altar of Abyss I guess. It very much feels like this episode was the last calm, the last bit of housekeeping before we dive into the end game for this series. Things are about as standard and expected, but I think the reason this episode was stronger because it shafted the less endearing parts of the show. The villains had minimal screen time, and the emphasis was all on the characters that mattered.

Lets see how this all wraps up, in the show’s last month. 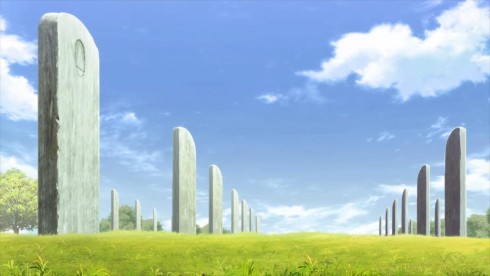 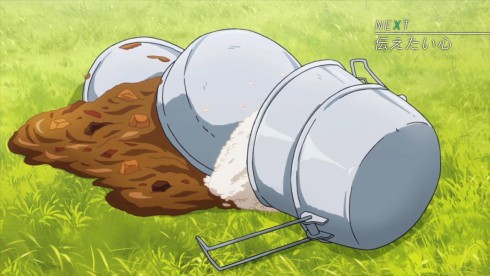 Seems like we’ll be getting more Do Mon, baby Sogo Flashbacks. Sounds good to me!