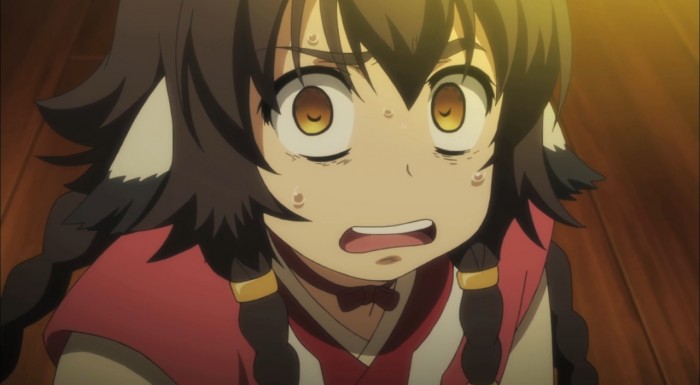 Well you kind of expected a decent amount of BL focus after Rurutie’s character was shown off in full. That is her defining trait and they went all out with the troupes this time around. The shy girl who turns into a completely different person once she gets into a BL shop and going nuts over the various books to be found in there. I do get that there is appreciation for that, but I don’t care for it or the comedy they try to get out of it. This kind of made the first part of the episode drag on since….honestly I don’t care that much for Rurutie. She’s just the BL character of the cast which doesn’t really add that much to the show as a whole. Though I did gain some respect for Atui since she basically shrugged it off and was befuddled by Rurutie as some people watching the show probably were. 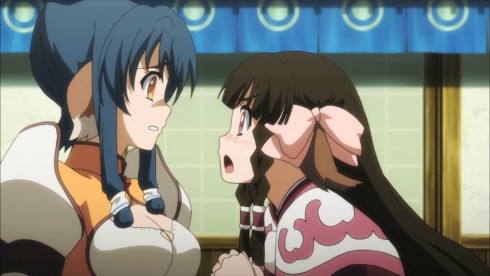 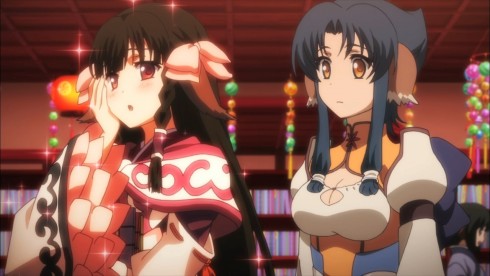 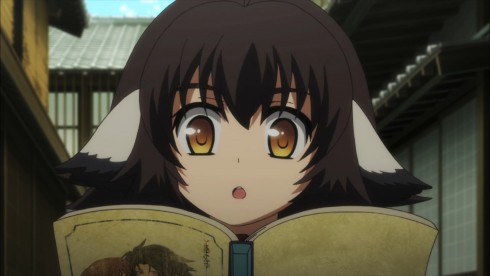 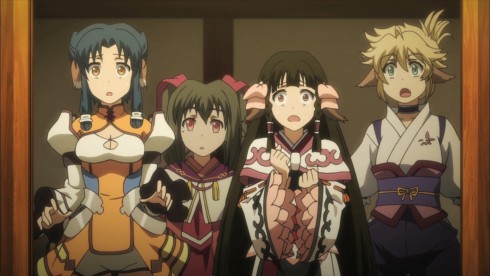 Moving on the episode was another case of introducing a new character and seeing how the cast reacts to her presence. This time the heir of the Empire Anju. Certainly a character who cleans up nicely when it is time to present her to the populace as a whole. But also isn’t all that impressive when you see her actual behavior in this episode. A spoiled kid who doesn’t even comprehend paying for things and just ran around causing all kinds of trouble for people. Going around stealing food, stealing books, making a mess, just a purely troublesome character.

I’m starting to wonder if Yamato shouldn’t consider locking up their nobility while they are children. This is the second elite of the kingdom who ran off into the capital causing some trouble and needing to be tracked down. It’s all fun and games until someone gets kidnapped. 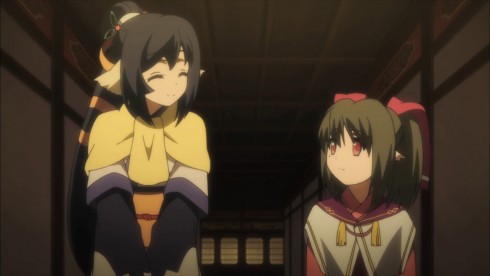 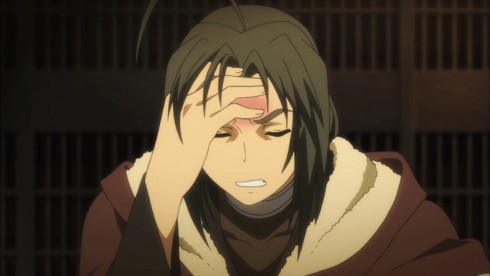 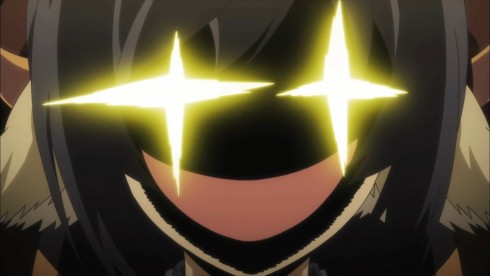 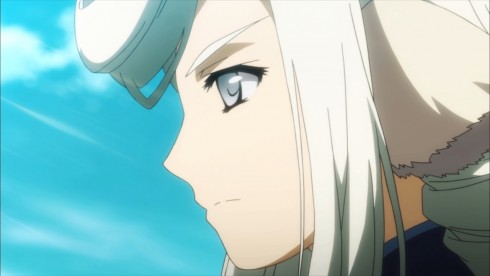 For good or bad it seems like Kuon’s punishment was the only one that really got through to Anju. Forcing her to clean up the mess she’d made. Maybe she’ll gain some insights of the value of doing some work, but who knows. She didn’t crack easily even after one of the generals of Yamato showed up and started to spank her on the spot. She did eventually apologize, but who knows if she really learned anything. Considering this doesn’t appear to be new behavior it’s probable she hasn’t really changed her attitude at all. It’s not crazy for kids to be selfish and cause mischief, but when it’s the heir to the kingdom that’s a scary thought.

I frankly gave Kuon props since she raced in there and made sure not to let that kid get away with what she did. Kuon can be pretty mellow, but when you do something wrong or stupid she’s not going to back off. Even when she suspected the truth she was still on her. Probably since Kuon is a pretty key figure in her own country and yet she has a responsible head on her shoulders. Really the episode showed Kuon’s only real bad act in throwing the spoon at Haku’s face. Though that was certainly an accident in terms of that not being her intended target. 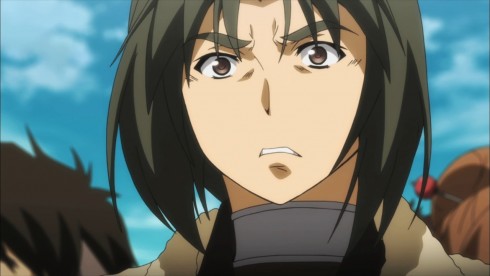 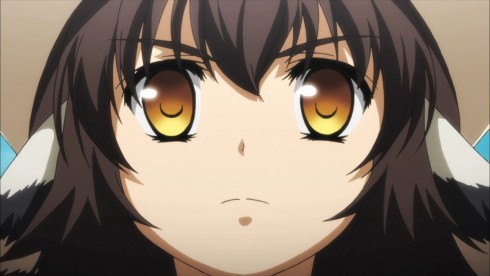 The most interesting part of the episode was probably the end. Seeing Haku freak out over the look that Vurai one of the eight pillars had. You rarely see Haku that shaken up except when his life is on the line like with the gigiri incident. A lot of questions that can come from that moment. Was Haku just reading that guy’s extreme hostility and shaken up over it? Does that guy know Haku somehow? Was he even looking at Haku or just glaring at the crowd? Regardless, that was a good moment since it pushed that things are going to get interesting here.

In the end, not my favorite episode of the series. Certainly doesn’t match up to the quality we got from the last one. But it does push the story ahead, it does introduce a new important character and it does add to the world building. You could go and focus on the spread of BL literature in this society as being an interesting route for their technology to focus on. Or how it seems to be rather popular and openly have people bustling around a sizable store to buy what they can. It just didn’t resonate that well with me. We got a bit from this episode, but not sure how big it will be. I suppose adding in the heir to the kingdom does potentially help, but it depends. At least next week looks like it will help push the plot forward a bit.