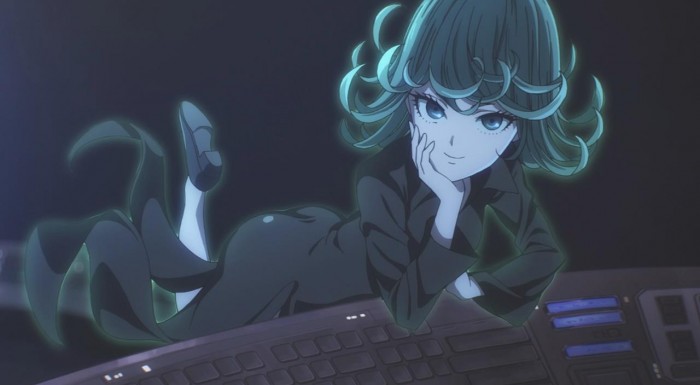 One-Punch man is a unique gem of a show. Its an extensively awesome and well done manga adaption, one that almost elevates the source material to a near legendary level. There’s the source material itself, which has the trappings of something truly unique, satirical and funny. But even with all that ringing true… As I watched this week’s episode, my mind just kept coming back to the question: “So what exactly is the show going for here?” 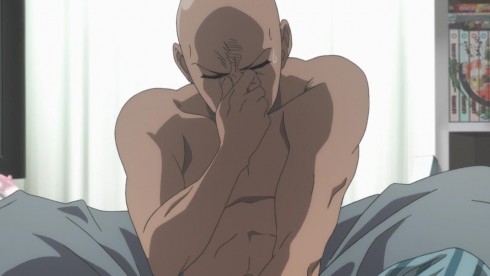 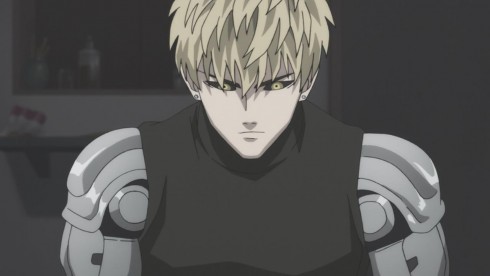 Its a question that I think I asked right before we were introduced to the Hero Association, and its a question I’m surprised I’m already coming back to, a mere episode later. See for all the great animation, action and witty writing that One-Punch Man features, its still lacking a central conflict, or a big story arc that ties everything together.

Saitama is a very unique and interesting character, as is Genos. The whole Hero Association is extremely deep and well thought out too. But without something to fight against, without something to focus on, the show almost wastes all that potential. This week, therefore, felt more like a transitional, breather episode than anything else. 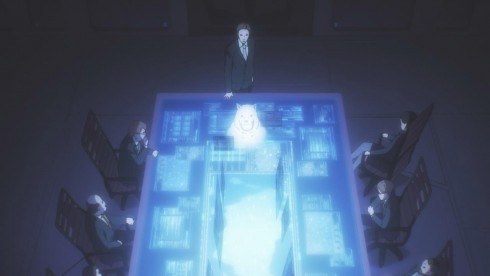 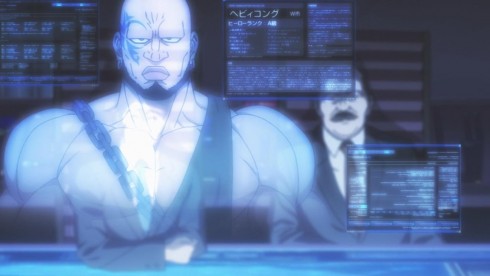 This week’s episode actually almost felt like a slick remix of everything we’ve seen thus far. The Hero’s Association continues to try to make sense of the chaos brought forth by world that is constantly riddled with Monsters, Natural Disasters and some truly interesting individuals that loosely fit the term hero.

What’s perhaps the most interesting thing that we do learn this week, is that Saitama might not be the only odd ball, strong guy around. Seems like everyone of the S-Class heroes are just extremely bizzare, oddities that serve as the protectors of their specific cities. The cities are actually named after a Letter, Going all the way from A to Z apparently. What’s unclear, however, is whether Saitama is actually the strongest character in the show’s continuity and universe, or whether there are other S-Class Heroes that are like him. 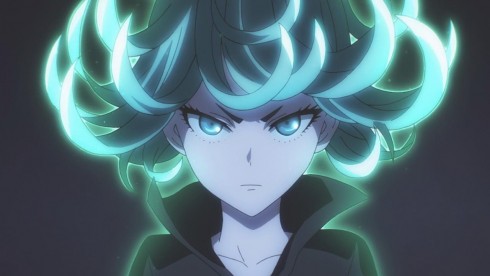 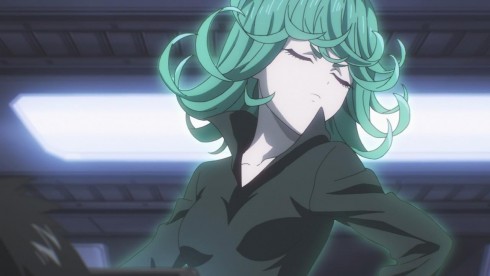 I suppose that’s an issue the series will come back to at some point, because it definitely was laying some kind of groundwork with regards to those S-Class Heroes. One such hero was none other than a Woman who was known only as Tornado. I’m not exactly sure what her relevance to the story was, only that the Hero Association itself seems to have a lot of trouble dealing with her and keeping her on a leash. She also doesn’t seem to be a very nice person either, with a ton of arrogance and a knack for insulting everyone around her. It’ll be interesting to see what happens when and if she crosses paths with Saitama.

Saitama, for the most part was the same old same old. The guy was struggling with his own set of unique problems. One of those problems, was obviously trying to give Genos some kind of instruction and teaching. Its hasn’t gotten quite “old” yet, but the joke of Saitama not really understanding why he’s as strong as he is, is a joke that’s being repeated a lot. It still worked for me this week, if only because Saitama having to scrounge together some kind of insightful advice to say on the spot, and using a manga to do it, was pretty funny. 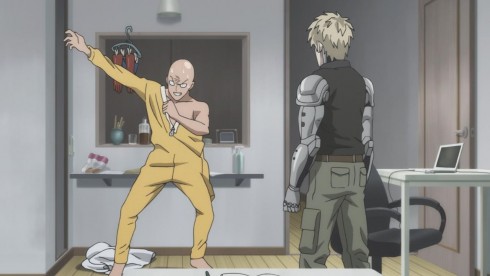 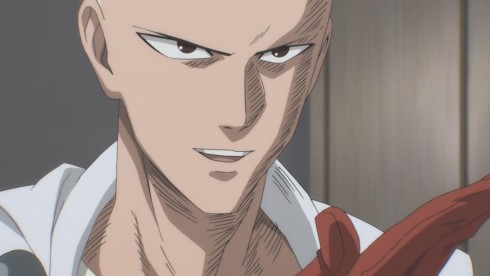 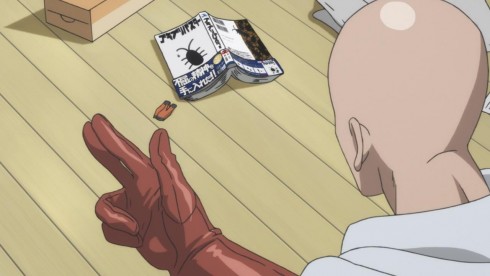 The other problem that Saitama continues to deal with is continuing to be part of the Hero Association, let alone be recognized for his achievements. There’s the somewhat weak joke of Saitama having to actually FIND something to stop or someone to save when there’s peace and prosperity in the city around him. I’m sure there’s an interesting examination of the purpose of a hero, and whether their existence is even necessary should the world be free of threats, but the show is more or less content to just briefly play at the idea, rather than commit to it.

What we end up getting, instead, is another battle between Saitama and Sonic. In terms of having an annoying regular villain that Saitama will need to deal with time and time again, it seems like Sonic more or less will fit the bill. Round two with Sonic goes about as bizarrely as round one did. Saitama beats him pretty darn quick, but not before Sonic causes some havoc, and Saitama gets caught up in another misunderstanding. 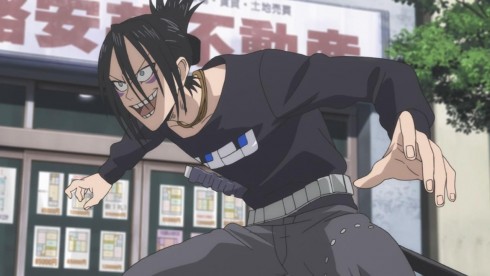 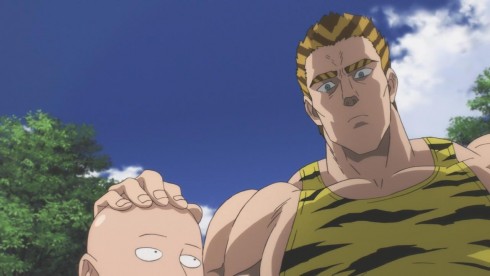 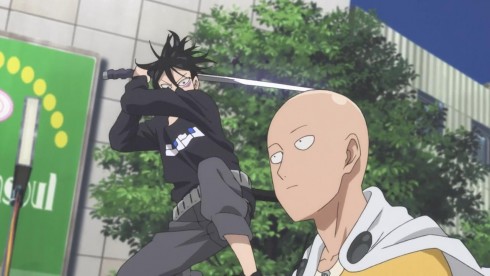 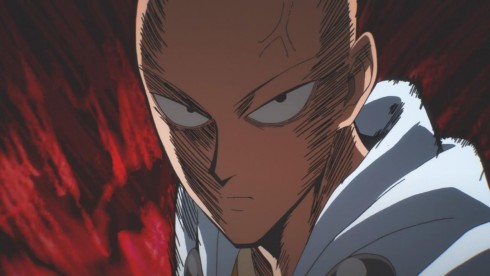 The joke of Saitama actually being mistaken for a villain is one that we’ve seen before, so it is worrying that the show seems content to recycle the same gags so frequently. The whole sequence with Tank Tiger and Sonic seemed pretty throwaway to be honest. Had the animation not been as awesome as it was, it probably would’ve been pretty forgettable. Thankfully, Madhouse just continues to bring in the awesome battles and super slick animation on a near weekly basis.

The last bit of the episode, focuses on the actual area where Saitama lives, which has been nicknamed “The Ghost Town”. There’s a devious rumor going around that the strongest monsters gather in that area, and it just so happens that Saitama seems to live there as well. Once again, there’s a great idea at play here. Does Saitama’s overwhelming strength actually breed more powerful monsters and problems? Its something that western superhero entertainment like the Christopher Nolan Batman Trilogy have also kind of explored. 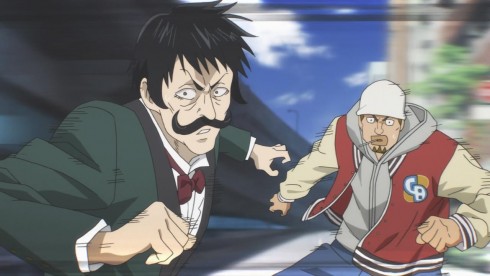 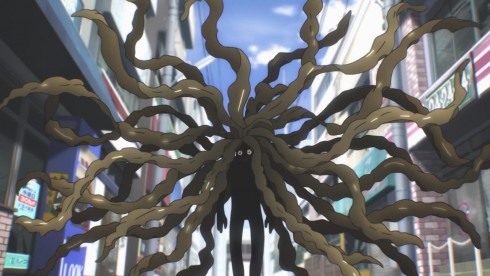 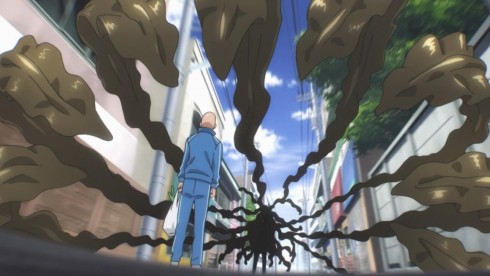 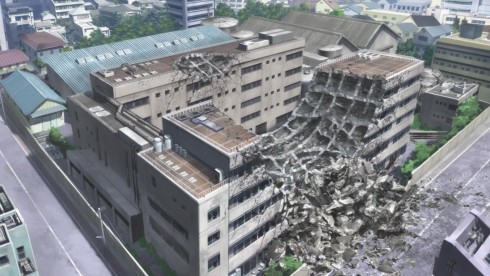 Is there really something in the ghost town? Or is Saitama living there and eradicating everything, the real reason for the bad rumors? This seems to be another solid idea that the show brings forward, but… AGAIN, rather than focus on that issue, its content to cover tried and true ground. The Hero Association sends two A-Rankers to investigate the area, and the two run into a Monster that’s also been drawn in via the rumors.

The Monster makes quick work of the A rankers, and then in turn, Saitama makes quick work of it soon after. There’s an element of irony in that Saitama basically takes care of a major crisis for the Hero Association, one that has them in quite a panic, but neither party realizes what’s actually happened. Saitama’s just so strong and so powerful that he takes care of the Monster like he would swat a fly (not a mosquito…). 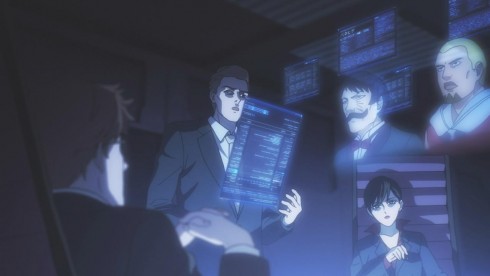 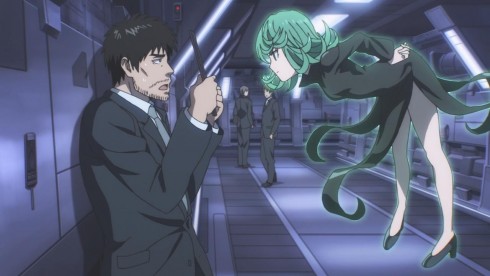 The icing on the cake, is of course, that Saitama’s ranking does go up by the end of the episode, but its only a little bit thanks to him taking care of Sonic rather than anything else.

Looking at the episode as a whole, its kind of a bit of a chaotic mess honestly. The Anime Production staff probably did the best they could to try and tangentially link everything that happens in the episode. Is quite clear, however, that these stories just don’t gel well together. The Introduction of Tornado, Saitama’s second run in with Sonic and the Monster Crisis in Ghost Town almost feel like stand alone short stories rather than a cohesive whole. Maybe that’s just the source material but… After watching all of that, looking back, I still come back to that darn question: “What is the show actually trying to say? What is it Going for?” 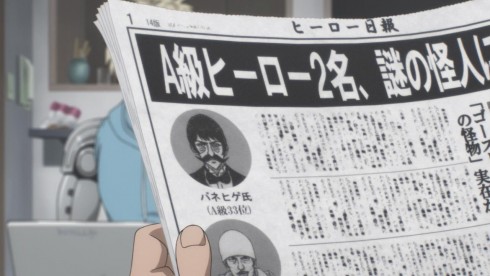 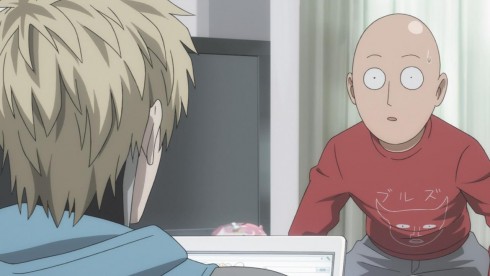 At this point, I’m confident enough in the show, in its writing and in Madhouse to expect more than just competent comedy, great animation and clever ideas. I feel like there is something that One-Punch Man has up its sleeve, something that will elevate it to the next level. I do wonder, however, WHEN we’ll get that special something. I had expected we’d get to it this week, but I suppose I’ll have to wait longer. With more than half of the series’ 11 episode run time done with though, the clock is ticking.