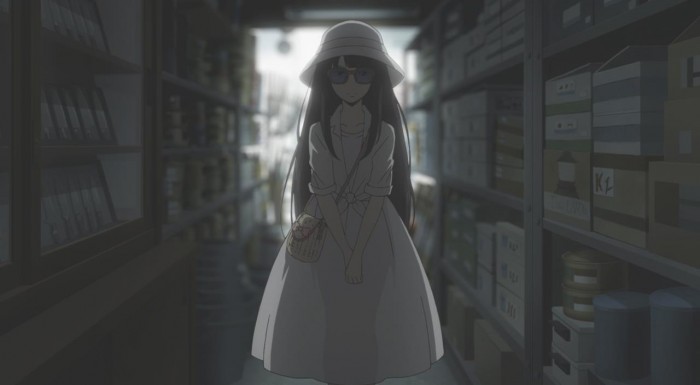 There’s an inherent danger with a series that relies too heavily on the philosophical, in that it can both become too hard to follow and boring. Unfortunately for Subete ga F Ni Naru, it seems like the show very much veered into that kind of territory, and had it eclipse everything else. 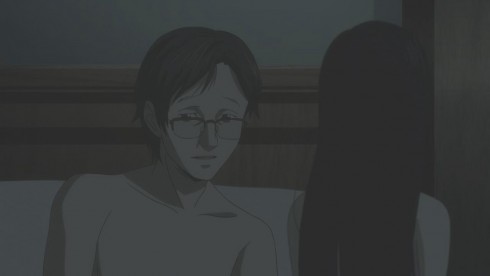 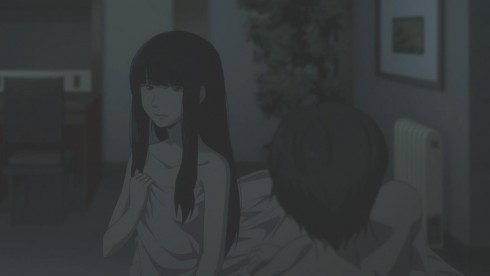 Last week I praised the show for its 3 pronged, parallel story structure, and how exciting and mysterious everything was. Rather than build on top of that momentum this week, the show almost fizzled everything out, answering some of its questions with the most predictable of methods, while outright ignoring others.

The ongoing mystery of who exactly Magata Shiki’s older lover is, is starting to wear entirely thin. This week had us answer the question outright, with the man being both a family friend and someone who Shiki referred to as “Oji-san” (Uncle) in the past. There’s also some strong hinting at the fact that Shiki had her beloved Oji-san kill her parents. Then again, the whole thing could very well be a misdirection, and have little to no bearing on the mystery of Magata Shiki and her parents murder. 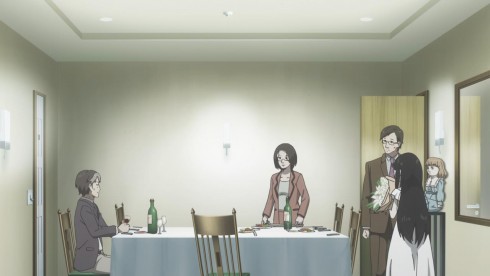 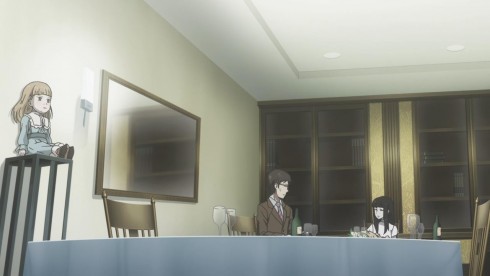 Regardless of whether Magata Shiki actually killed her parents or not, the current day cast seems pretty convinced. Unlike last week, it was the present day story that fell right on its face. There was just nothing interesting going in, beyond Moe and Souhei’s little argument. Moe, was understandably emotional about everything that had happened, and was more than a little unhinged.

Souhei? His defence mechanism to the matter at hand was to act cold, logical and play devil’s advocate at every point. I can’t say I enjoyed the argument and discussion that Souhei and Moe had about Magata Shiki, mostly because there was nothing remotely interesting to be learned from it. Souhei clearly admires Shiki as a higher being, and I don’t think he’s entirely wrong when he saysthat Shiki’s morals and way of life may be something that neither Moe nor he can truly understand. 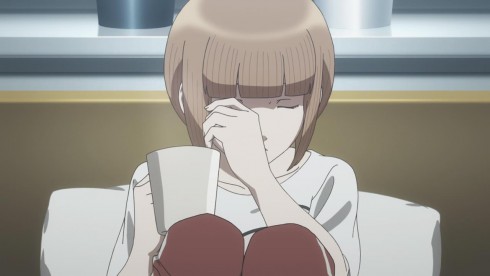 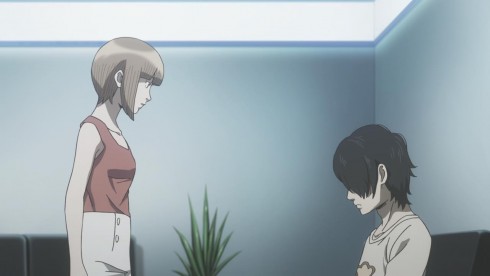 An overly emotional Moe was hardly the person to be having such a detached and philosophical discussion with though, and it ended about as well as you’d expect. Moe was angry, and despite having an adoration for Souhei, was looking for sympathy, empathy and support, not an argument. I’m not entirely sure what the purpose of the conversation was. Neither Moe nor Souhei were right, nor were they entirely wrong in what they were saying. The commentary of Magata Shiki’s personalities, why she killed her parents, if she killed them, what reasons she could’ve had… e.t.c, All of that was baseless conjecture.

Beyond telling us almost nothing new, since any new information we had heard had come from the late Lab Director’s wife anyway, the conversation gave us no new insight into Moe or Souhei. Souhei is still a bit of an ass, especially when he tries to be too clever and detached for his own good, and Moe is just as emotional, and out of whack as she should be. 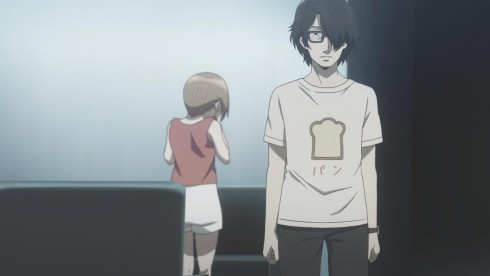 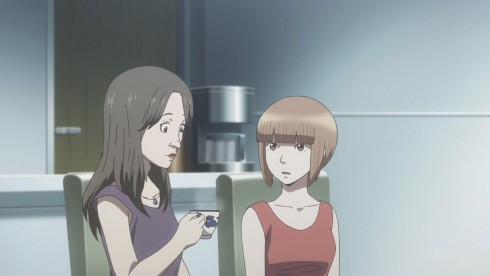 I think I ended last week’s post by saying that I felt like I wanted to know all the answers to the mysteries that the show had introduced last week. This week, its almost shocking how much in the opposite my feelings lie. I’m almost back to indifference, to not really caring about anything that’s really going on, on screen.

Its almost like last week’s episode was a bit of a weird fever dream, and we’ve woken back up to see the series at its worst yet. Even the little notion about a writer coming in via ship sooner rather than later dispelled any tension or danger that had been so beautifully built up in the previous episodes. 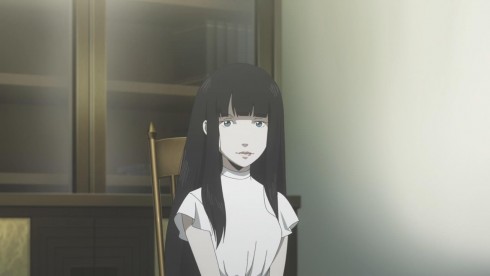 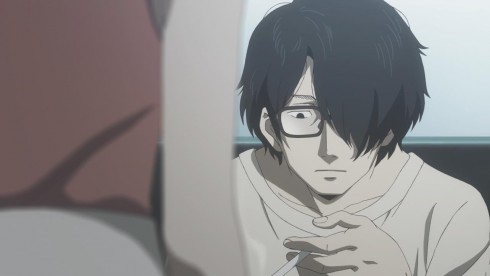 Just what is Subete ga F ni Naru doing? I really have no idea, and for the first time, I don’t think that’s a good thing. I guess we’ll see which way the pendulum swings next week, eh?