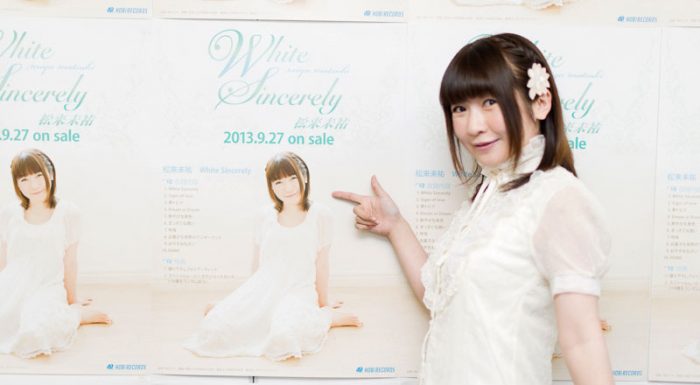 For those who haven’t heard, one week ago famed Seiyuu/voice actress Matsuki Miyu passed away. The below passage (quoted from Anime News Network’s news story), mentions some of the details and gives us a nice quick overview of her career:

“Talent agency 81 Produce announced on Monday that voice actress and singer Miyu Matsuki passed away on October 27 due to an illness. She was 38.

Matsuki had announced in July that she would be taking a break from her work to focus on treating her pneumonia. She said at the time that she had a fever since the start of the year that wouldn’t recede, and then found out she had acute pneumonia after repeatedly going to the hospital for check-ups.

In May, GA Bunko announced that Matsuki would play Charlotte Dimandias in the upcoming anime for Jun Misaki‘s light novel series Hundred. The anime’s format or premiere date has not yet been announced.

Some of her roles in anime include Kū-ko in Nyaruko: Crawling with Love!, Isumi Saginomiya in Hayate the Combat Butler, Magical Sapphire in Fate/kaleid liner Prisma Illya, and most recently as Anna Nishikinomiya in SHIMONETA: A Boring World Where the Concept of Dirty Jokes Doesn’t Exist. She also performed theme songs for Love Love?, Zoku Sayonara Zetsubō Sensei, and Nyaruko: Crawling with Love!.

Matsuki’s fellow cast members and other industry members have been expressing their shock and condolences on Twitter….” 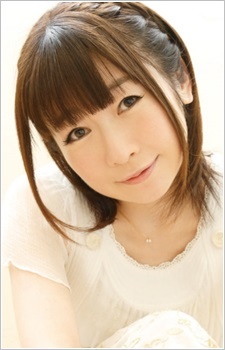 For those curious to see a list of many of her roles, take a look at her Wikipedia Page

As for myself, I will remember her best for her role as Yoshinoya-sensei in the Hidamari Sketch franchise. She nailed that role so distinctly… I have a hard time imagining anyone else as that character now! Four seasons and several OVAs worth is a…firmly made reference point, especially with such a unique VA interpretation. 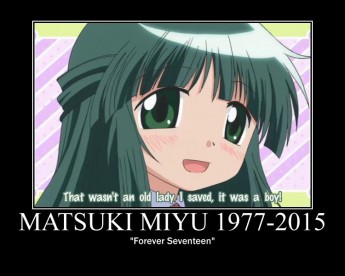 Anime Evo would like to extend a Thank You to Ms. Matsuki for her wonderful work and dedication to the anime and voice acting industries throughout the years. Our hearts go out to her friends and family and the huge loss that they and the entire anime medium have suffered. May she rest in peace.