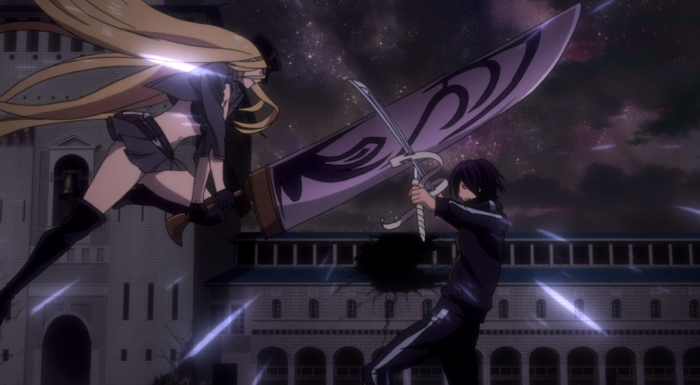 Another action-heavy episode of Noragami this week, not that I’m complaining: Slick-looking supernatural fight scenes are one of the elements that give this series its appeal, and as usual, they don’t disappoint. Yato and Bishamon continue to duke it out with well-directed choreography under gorgeous skies and along to great background music, the kind of tracks that enhance the scene—adding both tension and a whiff of tragedy—without distracting from it. (I’m looking forward to snagging the soundtrack when it comes out, that’s for sure.)

And lest you think I’ll have nothing to talk about this week, rest assured that “action-heavy” does not mean “plot light.” A whole mess of events went down this week, of which I have both good news and very terrible bad news. The good news is that last episode’s cliffhanger was a misdirection: Yukine didn’t die, but instead leveled up in the same way that Kazuma once did, using a combination of sincerity and loyalty to split his form into two blades instead of one.

Congratulations! Your SEKKI has evolved into BLESSED VESSELS!

This levels the playing field significantly, and Yato begins to gain the upper hand. Bishamon’s situation goes from bad to worse when the blight-suppressing medication Kuguha had been giving Aiha at last wears off, and both Bishamon and her Regalia feel the corruption with sudden, savage force. Convinced Yato has caused this, she flies into a rage, which only grows more violent as Kuguha uses a phantom to lay waste to the weaker Regalia, slaughtering them wholesale. Without the clarity of Kazuma, her “eyes,” there’s nothing to hold Bishamon back, even as the corruption infects and weakens her entire team.

Some additional good news, though: Aiha may be short-sighted and possessive, but she’s still loyal to her Bishamon. She’s horrified when Kuguha reveals his plan to have the goddess killed and replaced with a new version, one whom he can mold into a proper war god rather than the “motherly” version with the “pretend family” full of weak Regalia that he finds so distasteful.

There is, by the way, an interesting conversation occurring here about the nature of the warrior, and how Kuguha’s ideal is the more traditionally masculine “aggressor” whereas Bishamon is a more traditionally feminine “protector.” Since the arc hasn’t quite ended yet I don’t want to dig too deeply into this other than with a “Hey, isn’t that worth thinking about?” but hopefully we can discuss it again later. 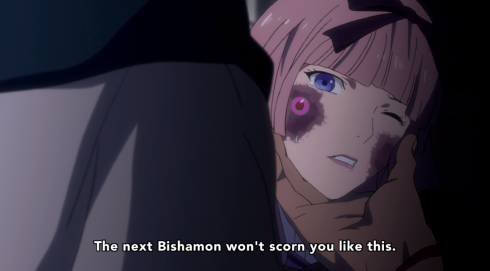 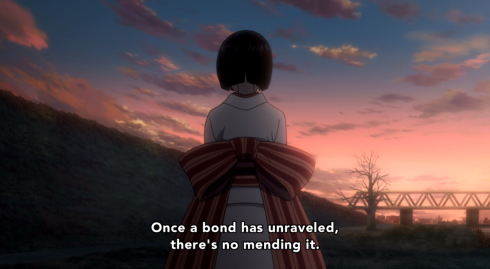 When Aiha learns this, she goes to Kuraha (who is simply “Lion” in my notes because I suck at remembering names) and leads him to Kazuma and Hiyori’s prison. They beg Kazuma to come back and save Bishamon, and he agrees, reluctantly bringing Hiyori along when she insists she can help stop Yato. Hiyori’s role in this arc is small but vital, as she does get Yato to hesitate long enough to keep Bishamon alive, but more importantly, she’s the one who vocalizes the contrast we’ve been seeing all season between the way Yato and Bishamon interact with their Regalia.

Kazuma says the Regalia’s job is to “keep smiling” for Bishamon’s sake, but Hiyori points out this creates a barrier between the two groups, as well as puts a lot of pressure on Bishamon to also “keep smiling” and never show weakness in front of her Regalia. Hiyori uses that all-important word “family” to describe Yato and Yukine’s relationship, and it’s much more apt here. Family isn’t simply about protecting each other from an emotional distance, but about communicating, whether that’s sharing sadness, laughter, or even fights. It all builds to create tighter bonds through honesty, something Team Bishamon is seriously lacking right now. 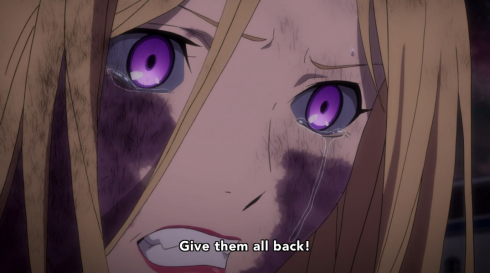 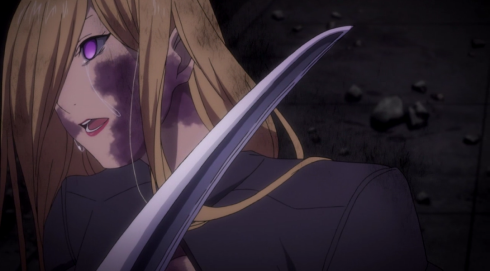 Roused by Hiyori’s words, Kazuma decides to be honest with his god, too. Except that Bishamon is too far gone to simply talk it out: She needs Yato to be the villain because that hatred has kept her going all these years, pushing her through the despair of losing her last Regalia clan. Yato is used to playing the bad guy and is willing to do it again, convinced (in part thanks to Nora’s cynical words) that Bishamon is “beyond saving” at this point, but she’s in berserker mode now and looks like she might manage to win this battle after all. Until… 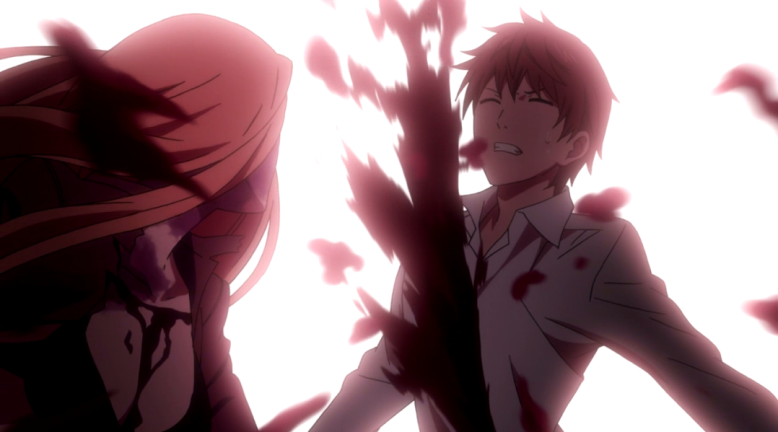 Kazuma pushes Yato out of the way and takes the blow meant for him, snapping Bishamon back to her senses. As she holds his bleeding body in her arms (and your blogger spends a lot of time shouting “KAZUMAAAA” and “I’M NOT CRYING, YOU’RE CRYING” at her tablet), Kazuma comes clean about his “betrayal,” declaring both his devotion to his god as well as denouncing himself for his own cowardice. It’s a complicated relationship woven out of combined altruism and selfishness, as most relationships are, but it ultimately all comes from a place of love, and Bishamon never even considers condemning him for it.

Here. Have a screenshot. I need a minute. 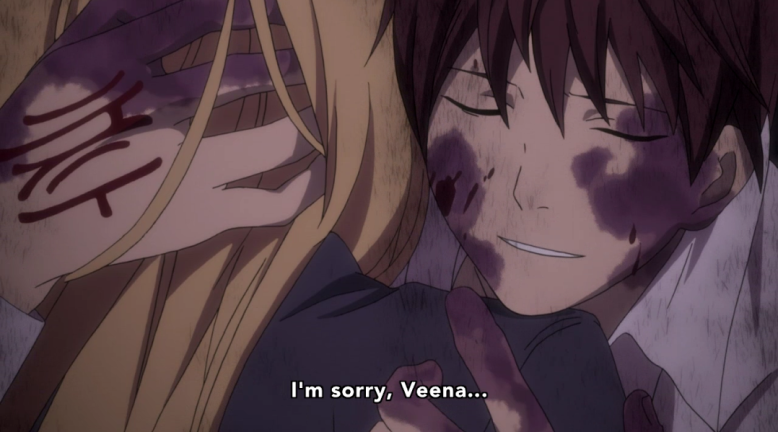 WAIT, NO, WHY DID I PICK THIS ONE, IT JUST MAKES ME SADDER.

Bishamon finally lets out the pain she’s been holding in ever since the Ma Clan’s destruction, as well as all the sorrow she’s kept pent-up over the years, trying to be the strong protector-god for her Regalia family. She releases her Regalia, leaving her bare of everything but her basic garments, alone and vulnerable, but also with more clarity than she’s had in a very long time.

There are still a whole lot of Regalia around, though, and a whole lot of them are dying. Yato. Bishamon. I do believe it’s time for the two of you to team up and kick some Kuguha ass.