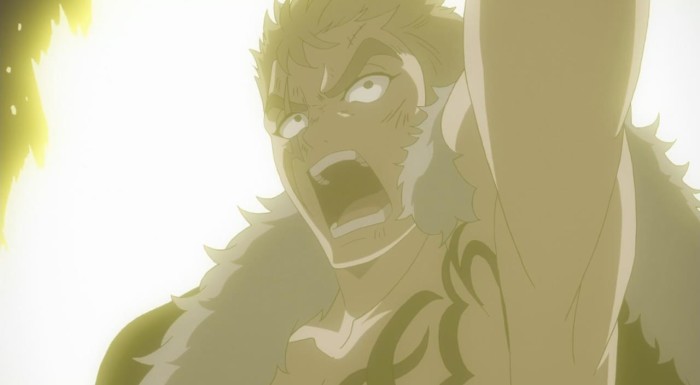 You know the saying, “There’s always someone better than you”, and that rings doubly true for Fairy Tail these days. There will always be a moment, that is just better than what’s come before it, and as a fan, that’s the best kind of situation you can be in. A constant upward trend is something reserved for only the very best anime series, and even those few can hardly ever keep it consistent. The Tartaros arc has been consistent though, consistently good, so much so that I dread the day when it all comes to a screeching halt. 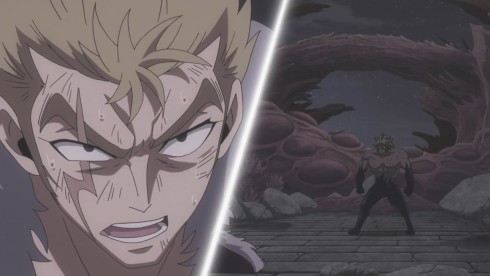 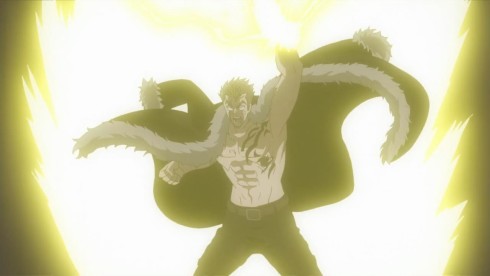 Every week, we won’t have one, but two stand out moments per episode. The first of this week’s moments was undoubtedly Laxus’s battle with Tempesta. Now, I’m not sure if this was actually in the manga, and if its that “change” that manga readers have been talking about in the comments, but if it is, Thank God. Having Laxus come in, and struggle through his battle with Tempesta is definitely one of the highlights of this arc, at least for me.

Its incredibly important too, as its only Gajeel that ends up seeing Laxus’s badassery. Gajeel and Laxus have had a complicated relationship, and share a ton of similarities. Both of them started as enemies to Fairy Tail, clashed with the guild’s best, and saw the error of their ways. Both have risen to become heroes to the guild itself, and treat it as family. And both have had their fine moments protecting their comrades in this latest story arc. 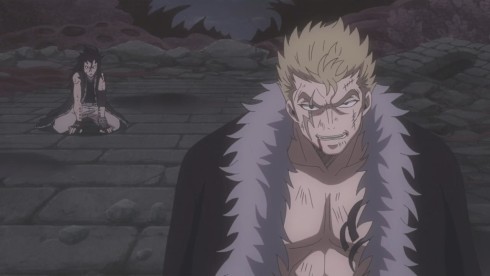 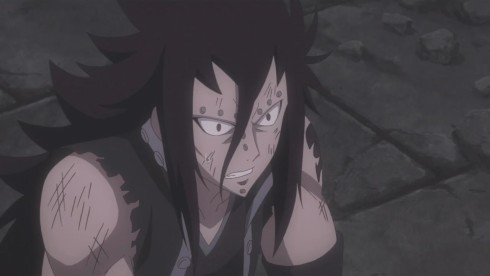 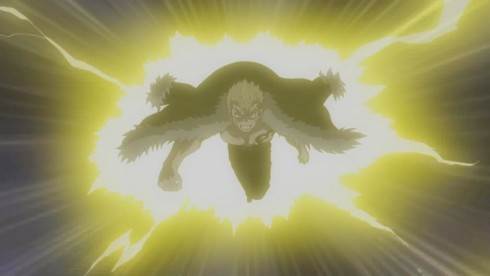 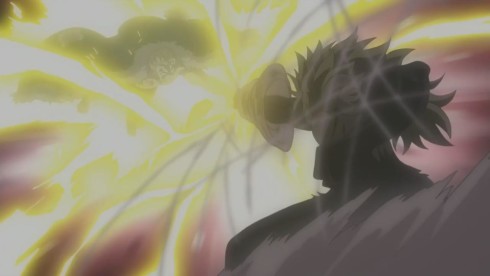 I think its pretty intentional that Laxus’s super awesome moment follows right after Gajeel’s. Gajeel was awesome, no doubt, and he was definitely fighting for his guild and friends, but Laxus definitely one-upped him in pure dedication. Simply put, Laxus was willing to go a step farther than any sane person would, powering through a fatal illness all so he could not only protect his friends, but save the ones that needed the antidote.

Equally important, was how Laxus did it. Unlike how he usually manages his encounters, by just brute forcing his way through them with overwhelming power, Laxus used smarts in conjunction with his brawn to end Tempesta. Much like Gray, he got creative, but unlike Gray, that’s a big first. Realizing that he didn’t have his overwhelming power to rely on, Laxus pivoted to using the water in the environment to his advantage, and threw in all the electricity he could muster to finish the job. 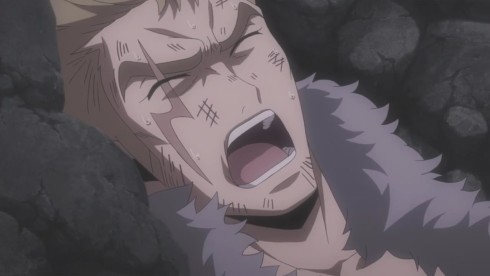 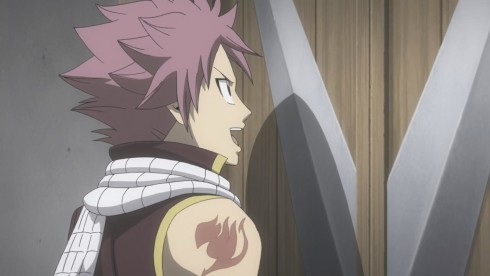 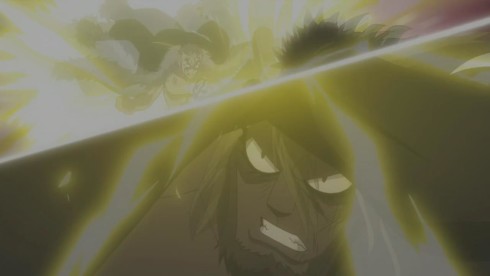 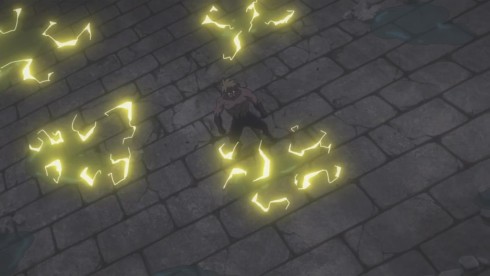 What’s so fantastic about all of this is the condition and situation in which it all happened. Amidst crippling debilitating pain, Laxus went above and beyond himself, and just got things done. The source of his drive was just as interesting. That source ended up being Natsu, who had called out to him a few hours earlier, when Laxus was still bedridden. Its not a stretch to say that Natsu regards Laxus as an older brother, and I think like any older brother, that kind of admiration can lead to really awesome things. Its probably what pushed Laxus to be so reckless, and save the day when no one else could.

I also liked the little interplay between Laxus and Gajeel that was shown this week, something I felt we missed out on in the previous episode. Its nice to see a mutual respect and admiration between the two of them start to happen, when the two were bitter enemies at one point. Laxus taking out Tempesta, getting the blood sample on his coat and handing it to Gajeel was a nice moment, followed by Gajeel refusing to just leave Laxus there. 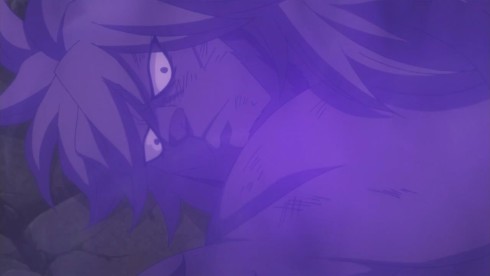 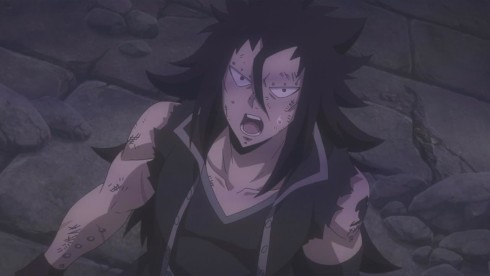 Of course, lest we forget, Tempesta did have his anti-magic particles to release as he died. For a second, I wondered if Gajeel would be inspired by Laxus and make a similar sacrifice. As if to answer both my and Gajeel’s thoughts, the anti-magic particles just spread out in the area too quickly for the Dragon Slayer to absorb them and save the day in time.

It was here that Gray made his entrance, and froze every frigging particle in the air in an instant. If there was a question about how far Gray’s power up has taken him, well… That badass stride as he came into view, answered it all. At this point, Gray might really be the strongest member of Fairy Tail, perhaps even stronger than Natsu (who definitely has held that title simply because of his infinite potential). 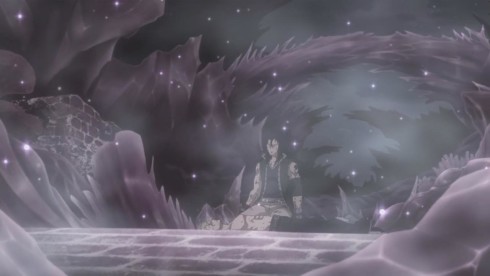 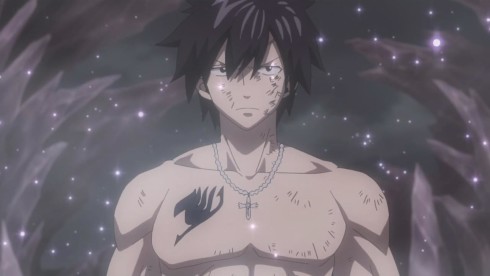 That’s so utterly fascinating to me, and equally exciting. I hope this is a status quo that remains in the series, one where Natsu and Gray continue to be rivals and equals. Fire and Ice are two opposing and equal elements, and from my initial impressions way back in the first few episodes of the franchise, I guessed that Gray and Natsu would remain equals and rivals throughout. Time will tell if that really does become the case, but even if they’re not equal, I’d really personally like Gray to be a close second to the protagonist, at the very least.

While having Gray make good on his promise to crush Tartarus sounded good enough, we unfortunately jumped to Erza and Exceeds again. Thankfully, this will be the last time the anime production staff can rely on THAT crutch to pad out things, because Erza more or less is now ready to take on Kyouka. 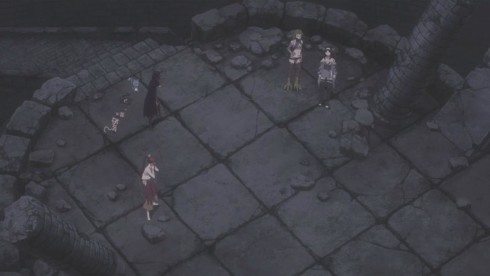 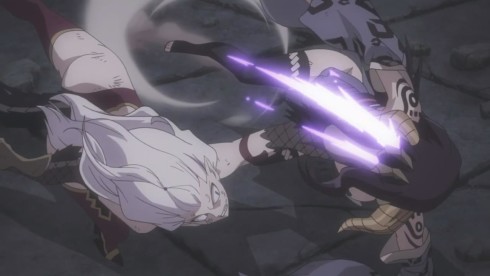 I think its about time that we got this, and there was even a nice moment of Mira coming in, saving everyone, and finally landing the final blow on Seliah, which she was robbed of, earlier. Its now all about Kyouka versus Erza, which… I’ll be honest, I’m not that jazzed for.

Don’t get me wrong, I’m sure it’ll be a good battle, but the series has been so passive aggressive about this confrontation and delayed it for so long, that I almost don’t care at this point. Erza will win and take down Kyouka, or “save” her and change her mind. In either situation, the stakes don’t feel all that high. Added to that, Face has already been activated and is ready to blow, so Erza’s more or less failed before she even began. 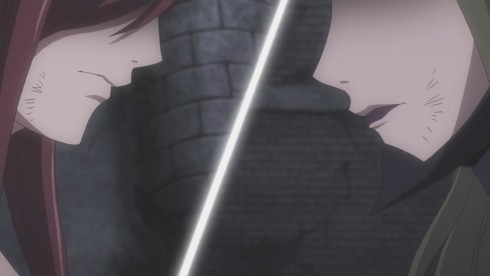 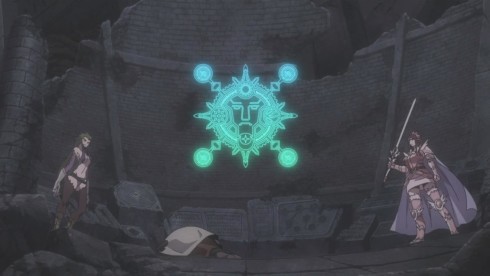 I know there’s more good stuff to come though. With the hinting of whatever Makarov’s upto, and there’s still Mard Geer to deal with. There’s a lot more, but that’s only for those of us who’ve seen the OP or read the manga. I’m definitely the in the former camp, so I’m eagerly awaiting that moment of the story, when things finally shift into the end game for the arc.

Regardless, I’ll say that this was another solid episode with some great moments. Now, I know some people in the comments promised to outline the differences between the manga and the anime, and I invite them to do that in the comments this week… PROVIDED, there’s no spoilers for anything that’s coming. If there is, well then, you know the drill, hold off on it until that part of the story’s over with. 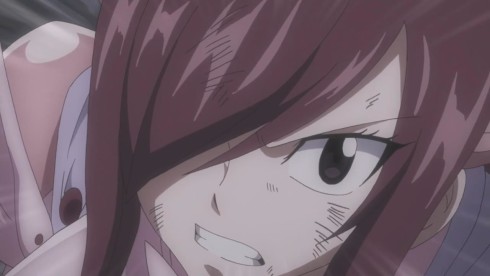 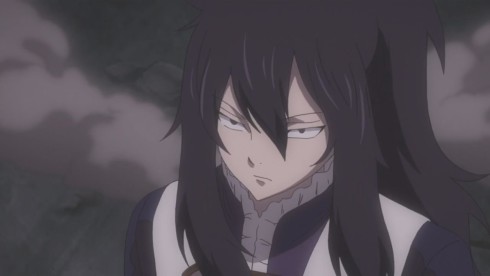 Seems like the next big plot twist is upon us. The preview thankfully doesn’t spoil too much, so lets all look forward to next week.