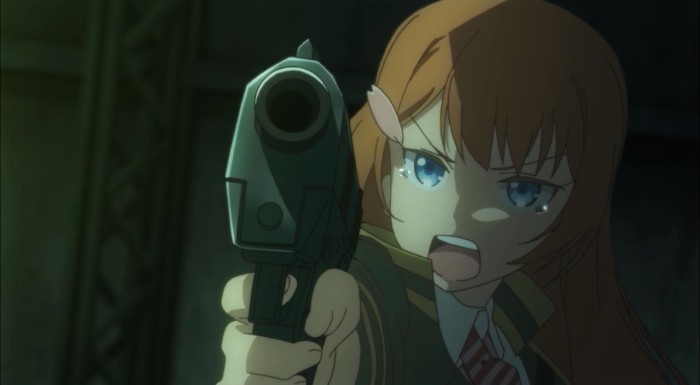 Well I’ll say that out the lot of school combat shows that have aired this season, this one did have some of the most serious scenes in it. You start off with the main character a bloody mess near death and finish it with a lot of dead people mutilated and stuffed in garbage cans….I mean damn, that’s some messed up stuff going on. So yeah, unlike some shows this at least set up that there is some very ugly stuff happening out there in the world and the main cast are stepping into that (or have already). I don’t know if that will make this show great going forward, but it does make it distinctive on a certain level. 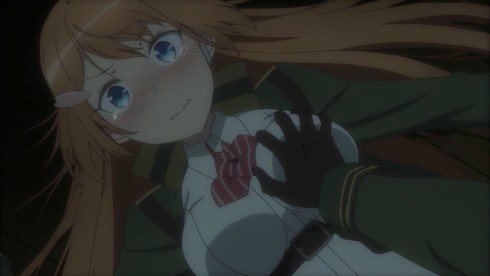 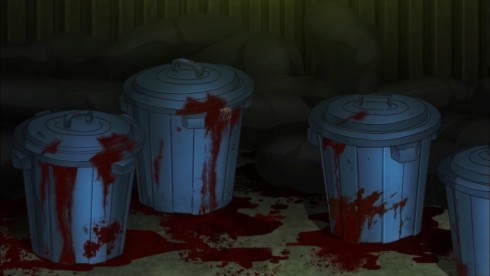 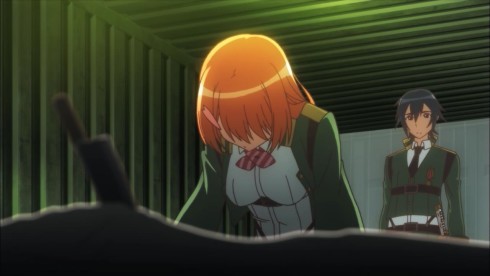 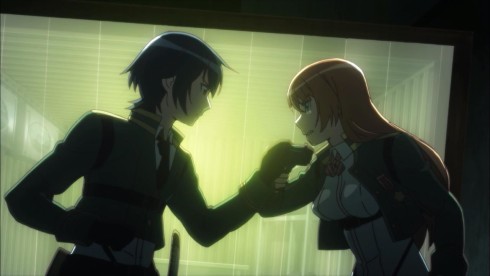 There is no doubt that the show does use a lot of common troupes, but not necessarily all the ones you’d expect to find. You do have the goofy and convenient fall leading to the breast grab which was a bit overly silly. But on the other hand you also have Ohtori being the traumatized fighter who is liable to snap and kill people she is supposed to arrest. In that sense Ohtori is actually pretty refreshing as a character who is traumatized by her past and upon seeing horrific acts will snap. Those people were monsters but in that state they were helpless prisoners. She is the biggest loose cannon in that entire group. Her family was killed by a witch so she is prepared to kill everything related to magic. That blind hatred and painting an entire group based on her personal truama is pretty frightening though certainly real enough in the world we live in.

No matter how intentional the situation with Ohtori was probably the most interesting part of the episode. It shows both the danger of using children for this kind of thing and the danger of accelerated education. She was so darn elite and skilled that she blasted through the ranks. But the end result of all that rushing is that she turned into someone who couldn’t control herself at all. I’m not sure how necessary her killing the witch was that lead to her being knocked back down to school, but I’m sure she didn’t hesitate over it. She does need to be on a short leash and needs people watching over her. Her skill is perfectly fine, but her temper and the likelihood that she might snap is dangerous. 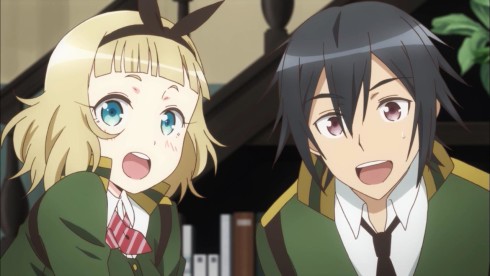 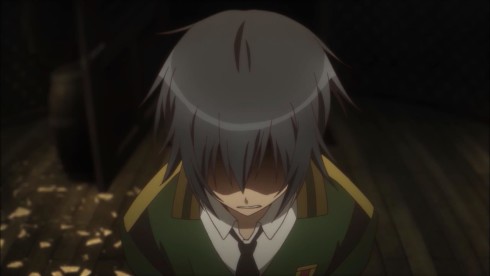 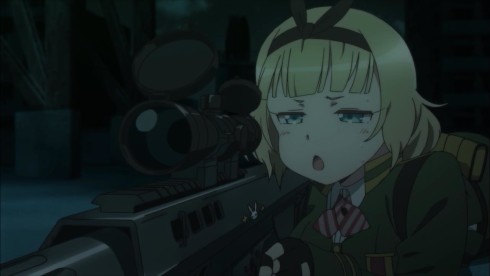 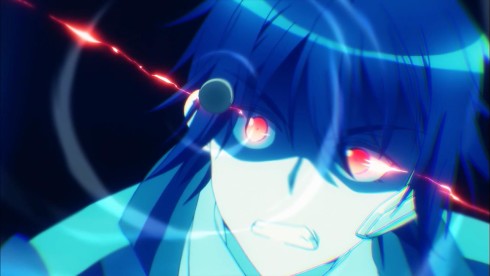 Though really you could say the whole group is a disaster waiting to happen and it will be a miracle if one doesn’t. Outside of Ohtori you have Takeru, the captain who is likely to go on a killing spree if his sword is insulted too much. That is kind of worrying. Then on top of that you have Usagi who has serious confidence issues and when she panics….her sniping falters. I mean she didn’t shoot an innocent person in this case, but she could have. Sniping the wrong building is such a failure that it is frightening to imagine. She has an off day and who knows how many might die by accident. Things don’t look too bad with Ikaruga, but we haven’t seen the dangers of her modifications happen yet. Though I suppose changing the function of a gun without the person using it knowing could be dangerous for all parties concerned. You have seen cases where a mess of a team is assembled, but this one is pretty dangerous all around.

Of course they are hardly all bad. Takeru while having his issues can be pretty darn awesome. Who really does need a gun when you can focus down and cut bullets? He also has some pretty decent motivation for his actions it’s dealing with personal debt (which people can relate to) and for the sake of his sister. Does lead to that sisterly concern being abused at times, but he isn’t a bad guy. While he saw the mess in that room he still understood his job enough to prevent Ohtori from murdering those people.

In a lot of ways I’m still getting a feel for the cast after this speedy episode. You have two mysterious girls (one at the start of the ep and one with the scarf) which are likely to be key members of the story, but not much that can be said about them yet. You have some silliness and fanservice with Usagi being stuck in that bunny outfit for some laughs. But so far we really just got the overall understanding of what is going on in this world. You have magic, guns, swords, all mixing together in a pretty intense world. There is clearly a lot of danger and innocent people are dying out there. That level of seriousness is enough to have my attention right now. 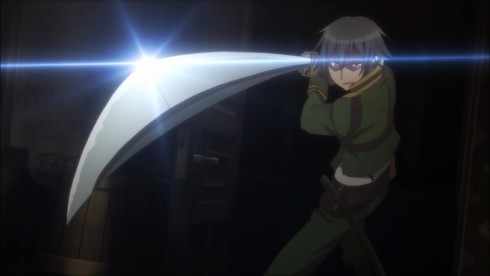 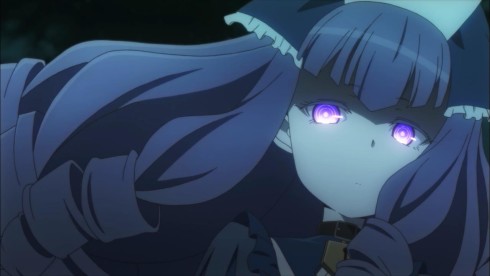 Again I’m not sure if I’ll be willing to blog this, but I wanted to get a first look out there for people to judge it. One thing that sounded a bit off to me was Ohtori’s voice. Maybe it was just me, but that voice just didn’t sound as good to me. But in the end the emotion was still there so it wasn’t really a bad performance. Right now I’m not sure how to judge this show, it moved fast but it did have some more weight to the world they are living in than some similar shows. I’m hoping this will turn out to be a really good and enjoyable series. There are fun elements like Takeru cutting up bullets so we will see what happens coming up. Perhaps at some point Ohtori will realize she did meet Takeru in the past and that previous encounter will be more explanation within the show itself. Looking forward to episode 2 and seeing what happens next here.
Score: B+