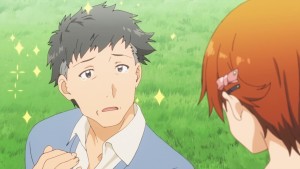 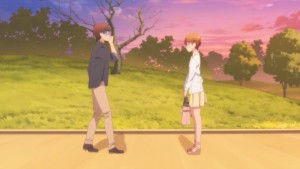 So we reach the last episode of the Working franchise’s anime run…. Except not really. It seems that the worries for the resolution of Souta and Inami’s storyline were a bit unfounded, if only because Working!!! never intend to deal with them completely in this episode to begin with. Its an odd sensation though, coming into an episode, expecting to see the conclusion to all the build up, not quite getting it but being promised more at a later date. Yes this week’s offering isn’t quite the last episode of Working!!! as there’s a one-hour TV special planned to truly wrap up the story. 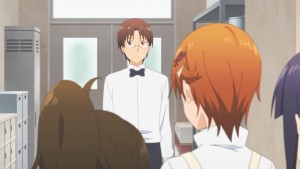 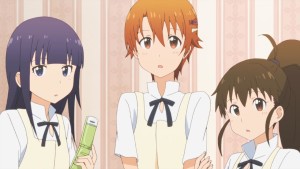 What is this final episode of Working!’s third season then? I’m not sure. Its just another dose of a show that I’d wager we all love so much. There’s progress, definite, quantifiable progress, so its not all bad. For me though, its hard not to feel a genuine sense of disappointment alongside the somewhat welcome relief at the fact that the story hasn’t quite ended.

The big surprise this week was that the episode was actually focused on Inami and HER Daddy issues, rather than her and Souta specifically. There is the question of whether we really even needed to revisit that particular aspect of the story, but I suppose Working really intended to leave no stone upturned. Regardless of how I may feel about the matter though, Inami and Souta end up meeting up for the date that was mentioned last week. 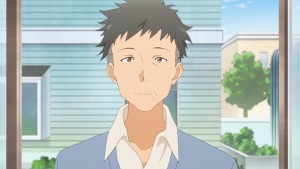 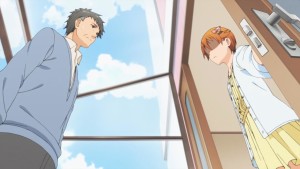 It just so happens that on the day of the date, Inami’s terrible excuse for a father ends up returning home, and running into her. Thus, the focus really turns to him, and Working does take this opportunity to resolve some plot threads that I had honestly forgotten.

With the Macguffin of Inami’s forgotten phone in tow, Inami’s dad ends up coming upon Souta and Inami just as things start to get good. In essence, what we get after this is Souta revealing his identity at the time of confronting Inami’s dad, and through a conversation, gaining his trust and blessing. What is worth noting though, and its something that both Inami and Yamada point out, is that Souta is very much “a bit” off. 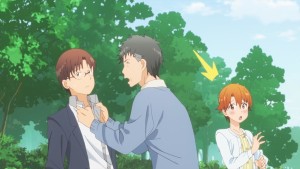 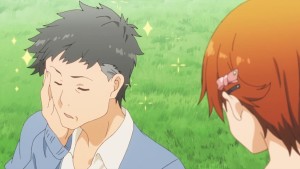 After the whole exchange with Inami’s father, he ends up leaving fairly quickly after Inami lets it be lone that her father gave her his “blessing” to “use her body”. I think that’s Inami’s natural ignorance that prevents her from being utterly embarrassed, but the meaning of those words aren’t quite lost on Souta. In the end, he ends up leaving flustered, but we get a small look at his mother, hiding out of sight.

In fact, Souta’s witch like Mother is shown hiding of sight in several shots throughout the episode, so there’s a heavy implication that something isn’t quite right. Is it up to Inami to save Souta for a change and return the favor? Especially given the fact that she’s now fully cured of her Androphobia (well mostly anyway!). 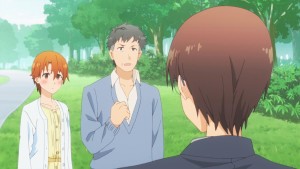 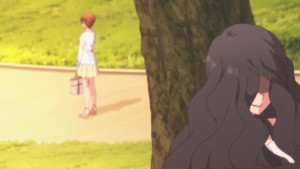 If you were hoping to see Souta’s side of the story resolved though, you’re pretty much out of luck. Following this is more or less a focus on the Wagnaria restaurant staff and them saying their goodbyes and moving onto the next stage of their lives. Yachiyou ends up quitting, and everyone even takes a Commemorative photo (That Souma resists to the bitter end being a part of).

There’s some good humor and solid character moments in this second half. The fact that Souma is embarrassed to have a photo taken is the epitome of ironic (to the point of hilarious!), and then there’s Popular’s worries about the new responsibilities that lie in wait for her as she assumes the role of the next “chief”. 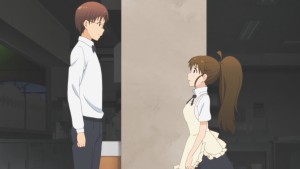 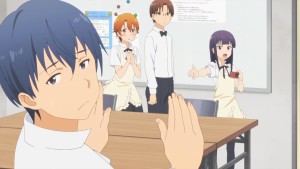 The moment that Popular and Souta share is pretty awesome, and a great callback to how the series started. Indeed, for Souta, everything began when he ran into Popular and started working at Wagnaria as a result. Its a great moment, one could argue the perfect one to end the series on.

Everyone’s growing up, moving on e.t.c. Popular’s the new shift manager, Yachiyou is going out on her own (With Satou at her side), Inami and Souta seem to be settling into actual dating…. Except! Except there’s more to the Souta angle. 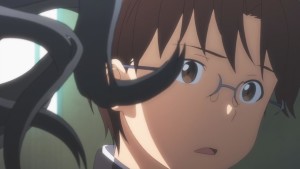 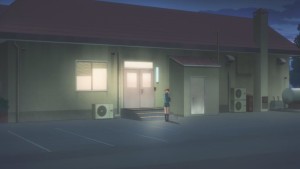 If you stopped watching the episode in frustration as the ED theme rolled in, I’d encourage you to go back and watch past the end credits. There’s a scene of Souta being “whisked away” by his mother, while he’s waiting for Inami and planning to face himself. The final episode then proceeds to end on a cliffhanger of sorts.

The big tease at the end, is a preview of sorts, for the 1-hour special. Its interesting to say the least. It seems like its almost going to bring back the rather tiresome parody elements of the Mahou Shoujo segment we got a few weeks back in this season. As for when we’ll get this final 1 hour special? You’re guess is as good as mine. Release and air dates are set to be announced in the future, so all we can do is wait. 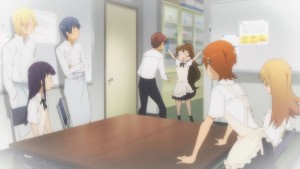 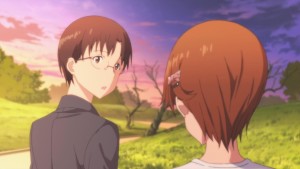 At the end of it all, my mind wanders back to Yahari Ore No Seishun wa Machigatieru Zoku, and how it ended on a very similar point, right as the last bit of the story was set to resolve. Unlike Working!!! though, that series didn’t get an announcement for a continuation, so we should really count our blessings there.

Full Series impressions or a review are difficult at this stage as a result, so all I have to say on the matter is that I’m relieved, but a little annoyed and disappointing. I guess we’ll revist this conversation when that 1 Hour special comes out, and at that point, I hope to see everyone back in the comments again. This has been a great season, of Working and just in general in the comments at Anime Evo. So… While it didn’t end on the most satisfying note, it was a great ride I’d say. 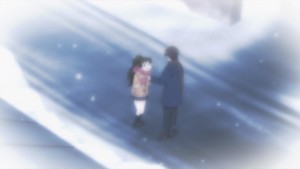 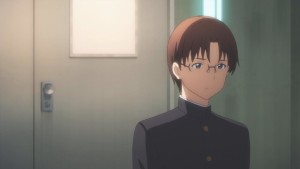 Let me know how you felt in the comments, because this really is the kind of episode that’s hard to really quantify, and I’d say what really matters is how you feel about it all. 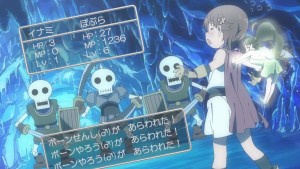 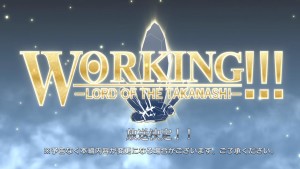