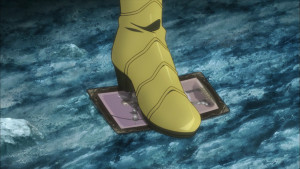 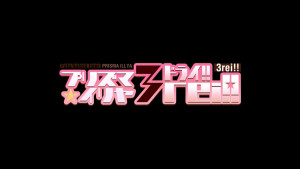 And there we go. In a sense the biggest thing about this episode was the very end. The announcement that they will animate the third arc for Illya’s series is amazing news. They had been giving enough information about the next arc that it seemed safe to presume, but you really can’t presume anything when it comes to anime sequels. The mysterious figures at the end there, the Archer card, and the announcement was all I needed for this episode to be a good one. We are now basically locked in to get to see easily the best arc of this series animated.

Now the downside is that this episode definitely deviated from the source material. No major spoilers here, but just going to say they definitely decided to go with a softer cliffhanger leading into Drei than what they could have done. It was an interesting decision to ahve a bit of aftermath here and let the whole cast just take a breath. They did just go through hell and have an insane situation happen. Letting them reaffirm their feelings and friendships before taking off is probably a good move. I just hope they don’t have to do too much work in order to get back on track with the next season. 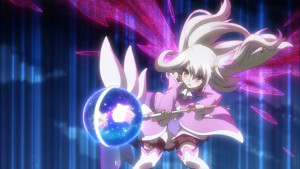 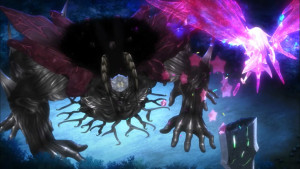 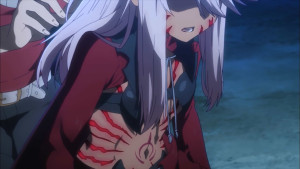 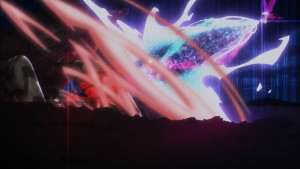 Now the episode itself was pretty good. I really enjoyed the showdown between Illya and Gilgamesh. That is a fun sentence to write after the whole UBW saga. Illya just bringing it against Gil and hitting him with everything she could muster. And she could bring a lot of firepower into the mix here. Illya using both Ruby and Sapphire along with just brutally punishing her body in order to stay in the fight. They may have let her recover a bit too quickly for my liking, but I enjoyed the showdown itself. Illya was willing to just damage everything in order to reach Miyu. After all that zwei form basically turned every bit of her body into a fake magical circuit. The idea of basically turning every vein, muscle, nerve, etc, into a magical circuit is just crazy. But it was something that Illya had to do. She was fighting against Gilgamesh here. This is probably a case where the main character screaming during the final battle is valid, the damage she was doing to herself was extreme.

I am glad for the role Kuro played in all this. She stood up and made the choice they had to make in order to win. Despite the fact that she was already in extreme pain during Illya’s fight, she was the first person to stand up and push them to help her out. And she was absolutely right. Illya was risking it all to save Miyu. How could they do anything less than fight with all they had and support her? If they didn’t do that, then everyone there would die for sure. There was no other real choice there if they wanted to save Miyu and walk away alive.

That really was an ugly fight in some ways. You could see the damage and strain on Illya pretty effectively. Bleeding from the mouth, the area around her eyes turning an ugly red, she was really just killing herself out there to fight back. It shows that this really is a mix of mahou shoujo and Fate. It may have magical girl elements, but things are not settled in a pretty manner. They won, but they had to really hurt for it. 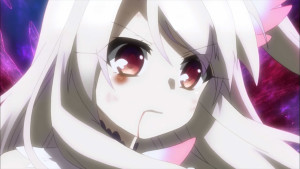 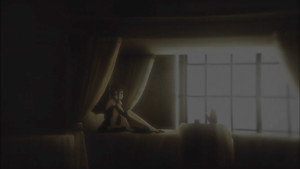 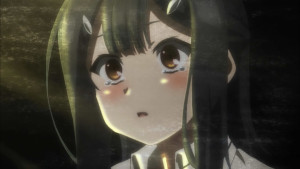 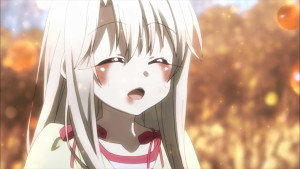 Of course Miyu got her focus here and we received more flashes of the kind of life this girl had been living. An utterly sad existence for someone who is the holy grail. She was forced to be the light for others, but none was kept for herself. The gift she was given in 3 months is something that couldn’t be expressed. Despite the battles and all the craziness, the light that Miyu had through the months she lived there was truly special. She could live as a human being and truly feel happiness at that.

It wasn’t just about Miyu’s life being all sadness though. A very familiar voice made it clear that despite that world having major issues, there was someone who truly wished for her happiness. Someone who just wanted Miyu to have friends and be happy. Says enough that this person wasn’t able to come to this world with her and could only leave her with wishes and prayers that she could find a world where she wouldn’t suffer, friends she could laugh with and the happiness that would result from that.

Being saved really did bring Miyu a great deal of happiness. She could truly cry and express herself after being saved by Illya at last. Even possible for her to accept the group of friends around her more easily. Not having that big secret between her Illya and Kuro definitely lifted a huge weight off her shoulders. Though obviously everything isn’t over yet, she did get a chance to feel relief and joy. This is one reason I’m ok with changing things up a bit. Miyu after all this stuff deserved a moment to breathe and truly feel happy about where she is right now. 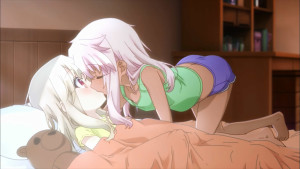 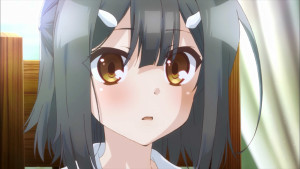 The second part of the episode was comfortable aftermath. A bit of silliness with Kuro and Illya being spotted by Shirou ‘refueling’ and hilarious hijinks resulted from that. Also had the summer homework comedy to enjoy. Herz has been pretty well tied into the idea of friendships and on that note it kind of works to come back to the friends a bit and just let them have a bit of fun here. They still aren’t the most interesting group, but I didn’t mind going there for the end. It also let us enjoy the report craziness for Rin and company as they try to figure this mess out.

I am glad in the end to have covered Herz here. It was a really enjoyable show once things got going and we got quite a bit of answers though not everything is resolved. The best thing is that we know Drei will get animated, probably sometime like next spring/summer and then the fun will start over again. The last battle for 2wei was enjoyable and I had a lot of fun seeing Illya just unleash pure awesomeness. Can’t wait to come back and cover Drei when the time comes.
Score: A+ 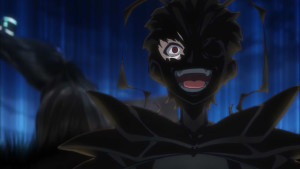 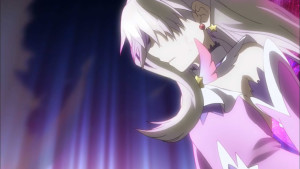 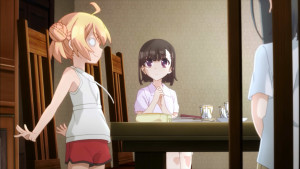 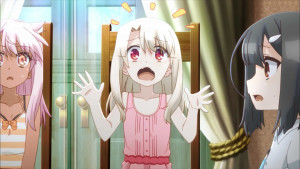 Herz was a mixed bag to say the least. I did enjoy some of the slice and life eps early on. Some of them did have some value and helped develop Illya, Miyu, and Kuro. The birthday episode was very much needed since it had some great comedy and a nice birthday message from Shirou. On the other hand….it dragged on for way too long. 2-3 episodes too much of the slice of life that just dragged the show down. This is what happens when you stick to 10 episode bursts. There wasn’t enough material for Herz to cover without just killing time as hard as they could. I wouldn’t say all the eps were meaningless, but darn a lot of them just didn’t feel all that important.

But once the switch flipped and they were in serious mode it was an amazing ride to the finish. I’d say the first showdown with the 8th card was just insanely good. The action was great, it was intense, and you could just feel how utterly cornered they were despite going in there and firing everything they could. Heck even Bazett nearly died and that was a shocking moment. The fight remained good as situations changed and Miyu’s secrets were finally dragged out into the open. That Miyu was a complete holy grail and thus all the cards and everything that had happened was very much connected to her personally. Once Illya went into zwei mode and unleashed hell we were in a really good spot.

In the end I can’t say that the first half of Herz was a lot of fun for me, but I can say the second half was something I’d have hated to miss. Silver Link just knows how to make the best parts of this material amazing. I honestly can’t wait to see how Drei will turn out and seeing some incredible scenes animated. But sadly wait we must all do. There is still a review to come, but for now I say goodbye to Illya. I appreciate all the awesome moments we got in this show. Just glad this isn’t the final farewell.