Anime adaptation for “March comes in like a lion” announced!

I really can’t stress enough how great it is to finally hear the news that an anime adaptation for the stellar manga Sangatsu no Lion, or “March comes in like a lion” has finally, finally been announced! (Interestingly it will also be getting a live action film…hmm…I wonder how that will turn out?)

This is one of the best currently running mangas out there in my opinion, and one of the ones I have been most hoping would be adapted.

You can bet your boots that one of us will probably blog this one when it finally airs, but in the meantime – anime fans rejoice! 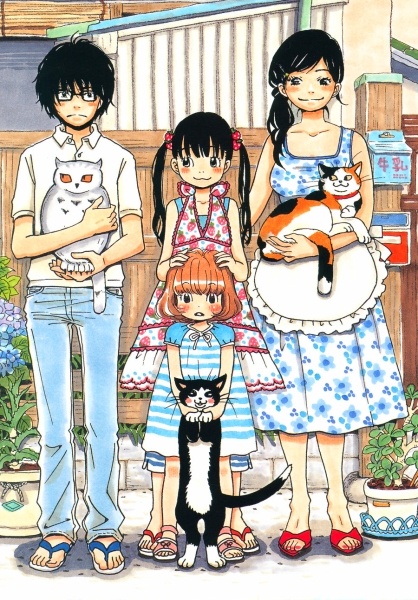 Here is a summary of the manga:

“Kiriyama Rei is a 17 year old professional shogi player and very good at it, but in real life, he has nothing. Quiet and not very social, Rei has no family, no friends, and he doesn’t go to school. He is acquainted with a neighboring woman named Akari who is single-handedly raising her two younger sisters, Momo and Hinata.

“This is a slice-of-life-ish seinen manga, with strong monologues and reflections by Rei.