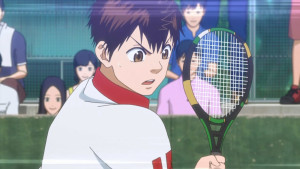 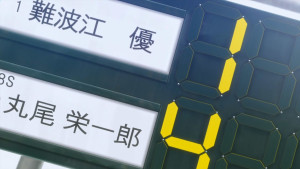 And thus the showdown against Nabae really gets underway. It really was a tale of two matches since while Maruo was at his peak condition he could really hold his own against Nabae and dominate the match. But once that condition wavered a bit….this very much became Nabae’s match and it is going to be a heck of a fight for Maruo to get control of this thing. It’s a good reminder that he is playing the best in his age group in Japan right now. It’s obviously going to be hard to beat this guy. But if Maruo can beat him the mental advantage and just the growth he’ll gain from it will be huge.

But it’s just not that easy to beat Nabae. The early advantage he had from starting in the best condition was huge in terms of giving him a chance. Getting up 4-1 early was important since he struggled once he stopped playing that incredibly well. I’m glad they are showing the difficulty at playing at your best for long periods of time. So many little things that can shake you out of that state and once you are out…it’s just impossible to force yourself back to that state. It was a small thing just thinking about the future a little and that was enough. Hard to maintain an ideal state for long periods of time. 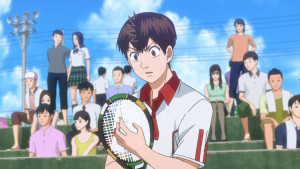 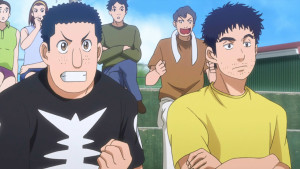 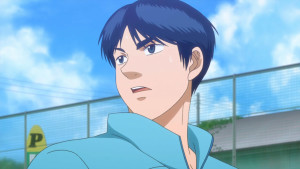 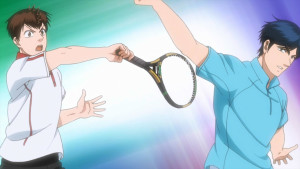 This just shows you how frustrating and tough an opponent Nabae is. In a sense he really is Maruo-like in how tough it is to go against him. He analyzes things in a similar way and targets an opponents strengths and weaknesses to great effect. He instantly focused down on the flat shot for Maruo which made it all the more difficult to establish his change of pace. Maruo has grown in the respect that he’ll still fight with his game despite that instead of simply running away and avoiding using his flats. It is a good thing to adapt and still maintain oneself during the match. But this does show that in terms of ability Nabae is still a monster that is going to be tough to take down.

In a sense this was very much useful in getting a reminder of the wall Maruo is going to climb here. At his most ideal condition he can definitely go up against Nabae to the level that Nabae can only just try to hang on. Maruo can either work on reaching that state more often or raise up his basic game so he can match up to Nabae no matter how close to the zone he is in.

The big chance for Maruo may simply be to try and shake up Nabae by doing the unexpected. Trying to change things up more than simply with the pace could be the key here. Right now Nabae has all this data on Maruo, so doing things he’s not expecting could be more effective than normal. At least while he has this lead and the potential to win the first set he needs to try and take some chances. If he falls behind and loses this set….it’s going to be a tough time ahead. This is the crucial moment. Getting ahead gives him the next two sets to try and win this thing. Put some pressure on Nabae and get the win. 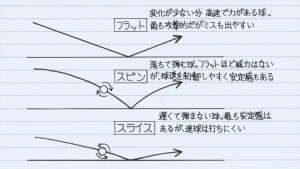 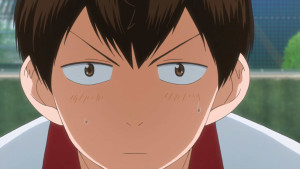 In a sense there wasn’t that much to say on this one. It was a really good match and I can’t wait to see how things are going forward. They were really loyal to the material and kept things going smoothly. Maruo got the early advantage and then Nabae did once Maruo slipped out of that state. Maruo is the challenger so of course it isn’t going to be easy. He’s going to have to find ways to fight back and show how far he’s come. Certainly he’s showing that a bit already since he’s able to see the differences between them more clearly now. This is the time for Maruo to try everything he can. There is no real penalty to losing this match so if he’s going to find some method that works especially well on Nabae he’s got to try here and now. If he can win then all the better for him.
Score: A