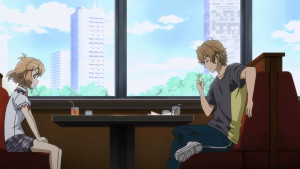 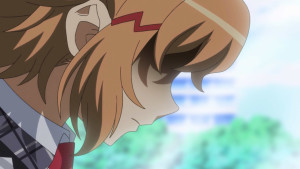 So clearly things didn’t exactly work out well between Hibiki and her father. Somewhat expected considering the last episode finished with her running away from him as a first reaction. If her father made a poor impression last week….he made a worse one here. He wasn’t just a guy who ran out on his family, but someone who couldn’t be bothered to seriously put in the effort to apologize or talk about the past with his daughter. There was nothing but a bad impression left by this guy.

Things aren’t exactly going well for everyone right now though. We find out that Elfnein is basically being used as a spyglass for Carol. Which is a very bad thing. Just in general that’s a terrible thing, but especially recently. It gives Carol total understanding of what the main cast have been doing and the powered up Symphogear. Which means absolutely nothing that has happened is catching her by surprise. Plus god help Hibiki if Carol also decides to act on the information she’s gained about Hibiki’s father. No matter the past, he’d be quite the hostage to take in order to mess Hibiki up. 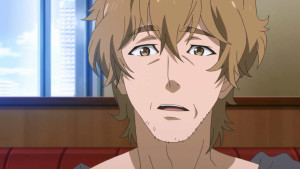 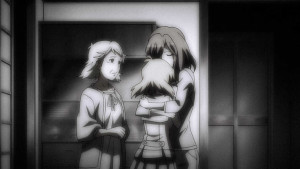 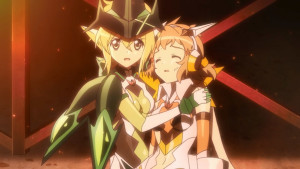 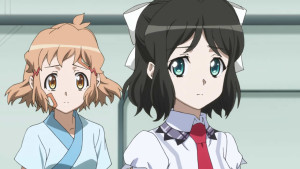 And Hibiki is pretty unstable right now. While I thought her “no fighting people” thing was weird, this makes a lot more sense for her. This is a person who had her father walk out on her during lowest point in her life. Her family facing a lot of hate and harassment because of her survival of the noise attack and the government money they got as a result. At that time she was dealing with the guilt of surviving since it had brought pain to her family, her dad just leaves. It’s no wonder she was angry just meeting with him. But then….he just manages to make it worse. Hibiki still had some faith in her father. She still had the mental image of a dad she was proud of as a little kid. But that ideal just gets smashed with this guy who basically acts like a coward. I don’t think he’s a totally terrible person. But I do think he’s running away even now.

Hibiki’s father could have reached out seriously and actually apologized. He said everything you’d expect him to say. Having regrets, wanting to reconcile, etc. But he said all of it without any real emotion or investment. You could hear him not really getting emotionally connected to what he was saying. Didn’t really talk about Hibiki or about his own life. I mean clearly this guy’s life has fallen apart since he left. Just look at him, he’s a mess. The guy is working at a convenience store and has to ask his highschool daughter to pay for the meal. This isn’t someone who’s been having a great life. But no, he just gives the minimum. He didn’t invest himself enough to risk being hurt when his daughter of course rejects him, just enough to get safely rejected and that’s it. 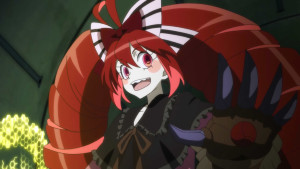 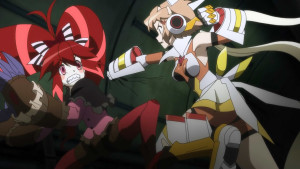 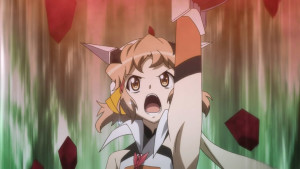 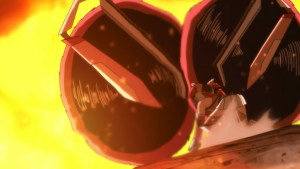 The only thing carried forward of interest from this guy is noting that he’s the one who gave Hibiki one of her trademark phrase “It’s fine, totally fine.” The other phrase “don’t give up on your life” coming from Kanade later. Interesting making that first one come from her dad. Even after leaving angry, sad, and frustrated she clung to that phrase. But it doesn’t mean as much when the source of that distress is the one who gave her that phrase. I’m sure Hibiki does want to forgive her father and does want him back in her life. But it’s not going to happen while he’s acting that pathetic. Something more serious is going to be required in order to reconcile these two.

We could see the consequences of her mental state in this episode. While she could transform this time, her fight was dangerous and lead to her defeat. Fighting someone as dangerous as Micha in that state was reckless. She just charged right at her with reckless abandon, not even really thinking about the fight but rather how poorly things went with her dad. Even Micha was shocked by the suddenness of that move. Though didn’t take her long to knock Hibiki out and really create some chaos. 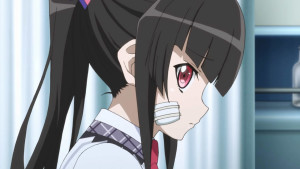 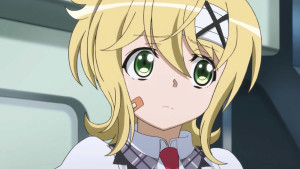 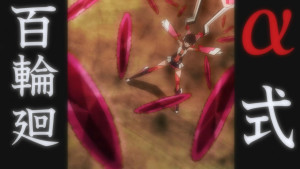 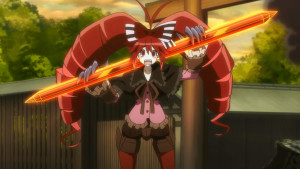 This tying into the rest of the episode focusing on Kirika and Shirabe. Just continuing on with the issues we already saw from them. Shirabe has always been concerned with slowing everyone down and being a hindrance. It kind of leads her to doing reckless things since she wants to fight against that feeling of being a hindrance and protect those around her. It did kind of put her and Kirika at odds since they couldn’t quite see the issue the other side was having, though they both recognized there was more to it. Neither was so stubborn or selfish that they couldn’t see that the other person had something they were dealing with.

Kirika of course was focused on the fact that she didn’t want Shirabe getting hurt for her sake. All the more so after last season where Shirabe almost got herself killed trying to protect Kirika from her own swan song. Of course she wouldn’t want a repetition of that and want to protect the person most important to her. But earlier that got across as her thinking Shirabe was a hindrance and couldn’t hold her own. 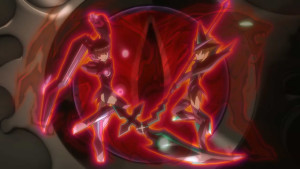 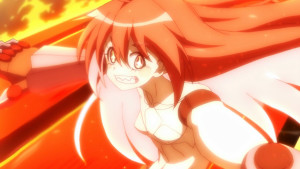 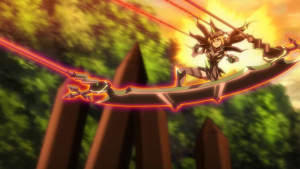 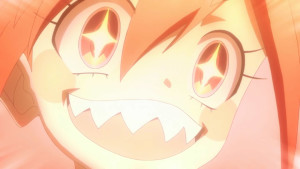 In the end it came down as expected to a showdown with Micha and a double Ignite Module use. I can believe them having so much trouble even after using the modules because Micha is the most powerful of the Autoscorers and a dangerous opponent. They both finally understood that the reason people didn’t want them to fight more than they had to or the reason they got angry was because they cared about them. Whether it was Professor Nastassja, Chris, or anyone else in the group, that was consistent. Once they figured that out they could fight to their best. And fight they did.

It was a good fight I thought. Both of them giving their all against Micha who finally showed what she could do. Talk about super fire mode. She was just a monster even against opponents using the Ignite Module. It really took their combined efforts to win. Not just powering up, but combining their tactics in a way that Micha couldn’t cover. She could beat them one on one, but not when they fought together. A pretty spectacular kill move.

A minor note given to the reaction afterwards. Genjuro and Chris ready to give them the riot act, but basically getting sincere apologies when they least expected them. This seemed surprising to Genjuro and a bit sad for Chris. You can tell Chris wanted to be that older and responsible senpai that could guide those two into normal life. The way Tsubasa and others were there for her. But those two figured out their issues pretty quickly and on their own. This probably will lead into her character focus episode of the season. Figuring out her place and her role. A feeling of not being needed or perhaps that she can’t help people in the way that she wants to. Of course Kirika and Shirabe are different from her. They weren’t going into that situation alone and they didn’t have it as bad. Chris had her parents murdered, was captured by human traffickers, and then taken in and raised by Fine. That last bit involving torture and being mentally messed with…yeah she had a tougher adjusting than others might. 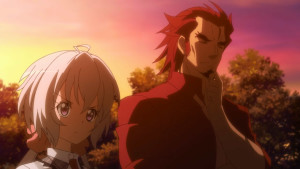 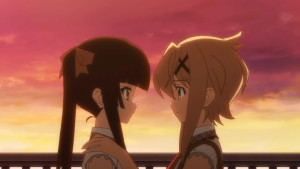 In the end it was a great episode. I like the issue with Hibiki’s father. It does make for an interesting bit of development for her. This is a situation and person that can make Hibiki less understanding than she usually is. The situation in her father hurts her more because of the ideal she had in her mind and that she has some feelings of guilt for her family falling apart. I’m curious to see how things unfold. Carol has revived herself (presumably through alchemy cloning, downloading her memories into a fresh body) and 2 Autoscorers are down. Can presume Tsubasa and Chris will take down the remaining two in individual fights. Will probably focus on their development in those fights as well.
Score: A-