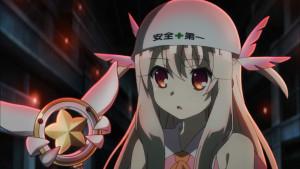 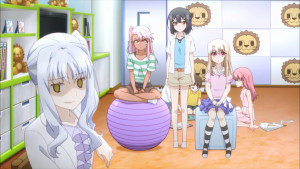 I think this is a much better episode than last week simply because it had a better overall story to tell. Rather than going into detail about Mimi’s fall down a dark BL nightmare, this was a bit more fun. It had some good elements of the group just having a ton of fun at an amusement park, but also some drama when it came to the hunt for Illya’s bracelet charm. Certainly that kind of drama isn’t ridiculous. If you lost something extremely important for you in a park like that….you’d freak out. And probably just be resigned to the fact that you’d never find it. I mean…most people are not going to have magical scans to help them out. Though to be fair, it wasn’t just magic that resolved this.

That ‘doctor’ is suspicious as heck, but she does have good advice in a pinch. Stop freaking out and attack the issue logically. Rather than saying “oh god the charm is gone, look everywhere!”, actually think about where it might be and how it got lost. Most of the job in the recovery was pretty well just rational thinking. I suppose it says something for Caren that she did give that bit of advice. 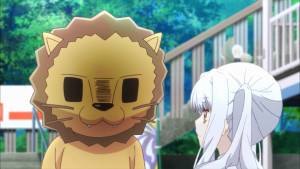 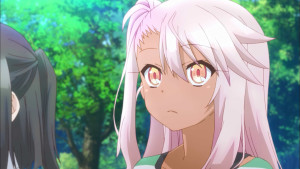 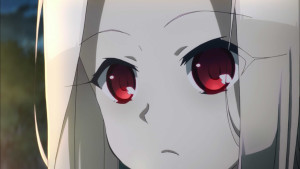 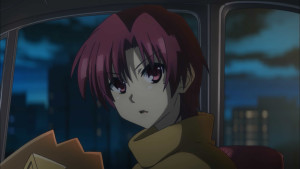 There was also an interesting bit of tension between Irisviel and Caren. One of the few times we’ve seen a crack in Irisviel’s super positive aura. Though considering her own history…there are probably people in the magical world she’s not eager to interact with. In some ways she might have been worried about the reason that Caren bothered to spend time around Illya and Kuro. It’s probably more of a main Fate-verse issue, but it’s interesting to get these little bits of conflict.

No surprise that the person in the suit was Bazett. They gave a lot of hints, but it was basically confirmed once Caren started to drag the person around with the kids. Even Kuro figured it out, but didn’t see any reason to make a fuss. Not the first time either that Kuro has made a mental note of things, but chosen not to stir up the situation. It is still kind of sad that the most powerful person we’ve seen in the show so far is basically forced to work numerous odd jobs and living basically like a homeless person. Though obviously a comedic element to that as well. 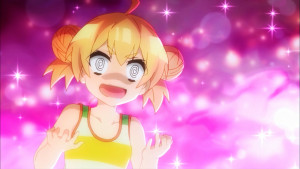 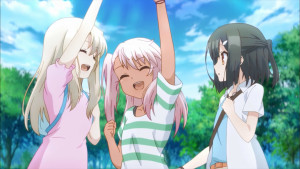 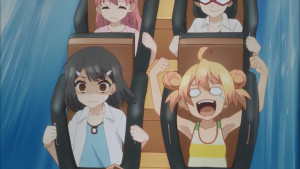 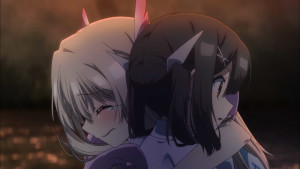 Again we continue to mine little things from Miyu and her past. Yet another thing she hasn’t gone to in her life, an amusement park. Now that’s not completely insane, but still something to add to the mix. Not everyone has been to a big amusement park. But she didn’t seem that familiar with the rides in general until she got an epic surprise from the roller coaster. That was probably the best part of the park events, just seeing her react. Plus, she does seem to enjoy them based on the physics side of it. Again this season just seems focused on both giving some depth to Miyu and just some plain focus since she wasn’t all that important during the Kuro saga. Again this episode just focused on how precious a friend Illya is to Miyu, but also how every event for her has special meaning.

Pretty hilarious how this whole lion park turned out. Obviously the Saber connection was clear, but just how numerous those lions were was fairly comical. As well as Irisviel getting dragged off for pictures. I suppose it was a good chance for her to get wedding pictures since….obviously she and Kiritsugu had more important things than a formal ceremony on their minds when they took down the Einzberns. 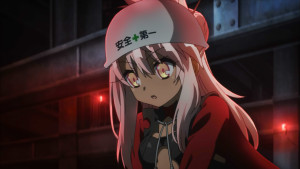 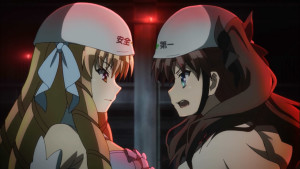 At least they are closing in on the 8th card and are almost there. A few more slice of life episodes and then the serious stuff will start up. It wasn’t the most epic of episodes, but I definitely enjoyed this one more than last week. It wasn’t over the top in fanservice, but just a good bit of entertainment. This did have a few surprises which I appreciated. Thought Miyu might be pretty casual about roller coasters since she has magic, but nope it still gave quite the shock. Less surprising was Irisviel having more fun than even the kids at this event. I do think this has been a good chance for her to in a sense reconnect with Kuro, the child she sealed away long ago. That’s one reason I can see her not having gone back to see Kiritsugu yet, she still has things to do here. Anyways, next week off to the festivals!
Score: B+