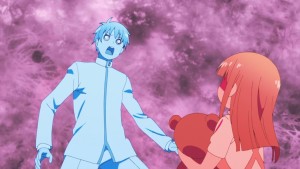 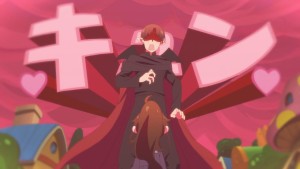 Working!!! continues to steam ahead on the progress express. Nothing stays the same these days, change is very much afoot, and it all definitely feels quite satisfying. If there’s one sort of casualty in all this, its that the comedy has been a lot more hit or miss lately. Given the progress we’re making though, I’m more than okay with a lack of laughs every now and then. 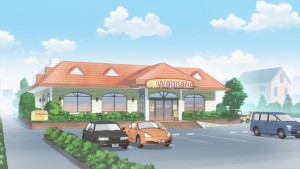 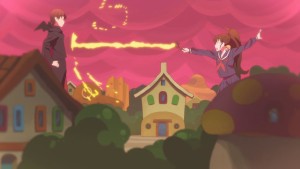 I think the bits of comedy that don’t work as well, are the ones that feel like they exist to pad out the episode and take us away from the more important elements of the story. Case in point, this week the stuff that didn’t quite work for me was the whole Mahou Shoujo Popular segment. I think at this point, the Mahou Shoujo parody has become such an overused comedic device that its lost any chance of being funny. Even when its presented to us through the unique lens of Popular’s own height inferiority complex, its just not that funny.

The bit with Popular angry though? That worked a lot better. For one thing, it leveraged everything we’ve been seeing until now. As nearly everyone in the cast works through their “issues”, Popular has been very much covering for just about everyone. Everyone’s worries are hardly warranted though, as Popular isn’t the sort of person to become angry at people for having worries and issues. 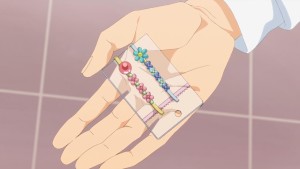 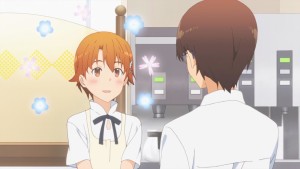 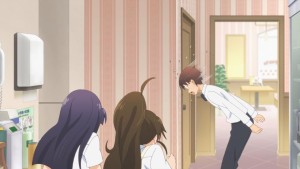 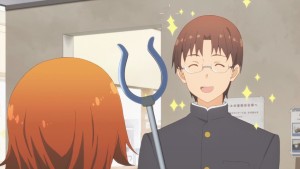 The other bit of comedy that really worked for me was with Souta Takanashi. We’re getting to the point where Souta realizing his feelings is pretty much there. We’re on the cusp of it all, and its just funny to see him all bothered and in denial. Souta’s tsundere act is starting to melt though, and it oscillates nicely betweeen Tsun and Dere. On the one hand Souta buys Inami a very nice and well thought out gift, some really cute hairpins. On the other hand, we do see a return of the Magic Hand too XD

In any case, I’m pretty much with Souma in that it’ll be easier on the guy if he just admits what he wants and feels. Souma though, what an interesting character. Souma’s always kind of been an enigma of sorts. On the one hand he’s got a pretty unique character trait, he’s a busy body that loves getting into other people’s business, a gossip monger. This whole trait makes him a pretty nice surrogate for the audience, doing things that drive the plot forward, and asking the kind of questions that the audience is very much mulling over as well. 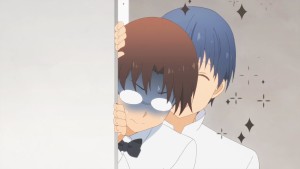 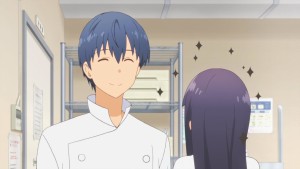 But this week, we begin to see another side of Souma, one that’s peered out every now and then. I think I personally underestimated how much of a hand Souma had in everything going on, and how there’s a latent kindness and care in everything he does. We’ve seen him push both of the show’s main couples, but this week we saw how much he’s been doing for Yamada/Aoi.

There are two rather silly elements to working, how Otoo keeps missing his wife and how the Yamada siblings continue to avoid each other. This episode at least made it so one of those things hasn’t been happening by sheer coincidence. It seems that Souma has very much been making sure that Aoi has been able to avoid her brother. 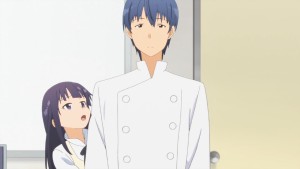 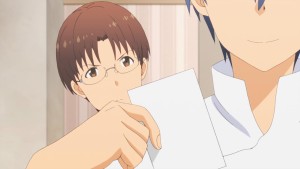 Why? We have no idea. I’m assuming that Yamada’s issues stem from a lack of attention and care being given to her in her own family, and why the people at Wagnaria matter so much to her. Her family issues have got to have some kind of backstory, and I suspect we’ll get to that bit pretty darn soon.

The episode’s big moment, after all, is both Yamada siblings meeting after all. There’s some pretty solid comedy mixed in with the big reveal. Both Inami and Souta hilariously wonder why they never put it together that both Yamadas were related, despite a rather stark resemblance. Souma is able to prevent Yamada (Male) from taking Aoi back with him, if only via blackmailing Souta with the wig and the potential “reappearance” of the fake Yamada. 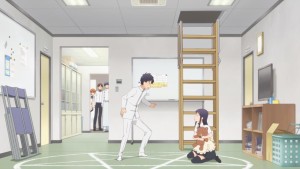 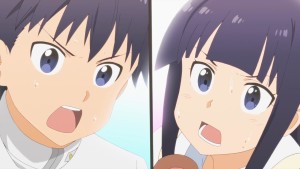 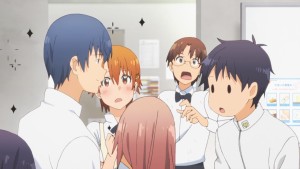 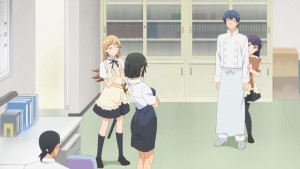 It all ends with Yamada (Male) being sent home for now. We don’t really get any idea of why Souma did what he did quite yet, but the episode ends with Kyouko stating that Otoo will end up taking responsibility for Aoi. What exactly that means? We’ll have to wait till next week.

Its worth mentioning, in closing, that I did very much enjoy the Souma and Aoi team up, where they ended up poking and prodding our two main couples, to hilarious effects. Its nice that Working!! continues to nod in the general direction of those two big elements. Those are obviously what we’re all lying in wait for, but before that, there’s the whole Otoo and Yamada subplots to go through. And what makes this episode pretty good is the fact that there is progress, something that still puts Working!!! a cut above the rest in terms of franchise ending seasons. 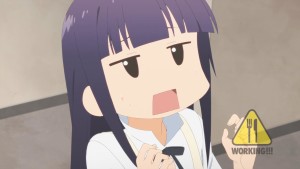 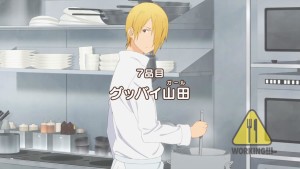 Otoo and Yamada, more focus on that. Hopefully we’ll get a resolution and move onto our main couples soon!