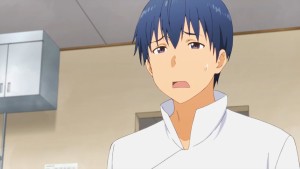 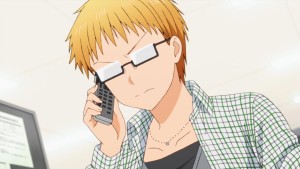 Anything following up last week’s episode was going to fall short, so Working!!! did the only logical thing it could do; It didn’t even try. This week’s episode has got to be the biggest tease I’ve seen in a huge while, complete with painfully obvious Yamada trolling to really mess with the audience. 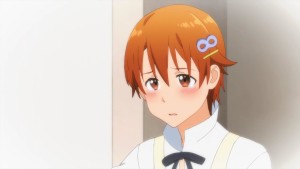 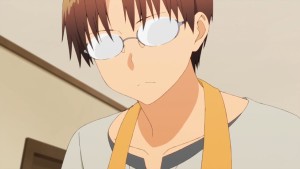 Now, having said that, there was some progress and goodness to be had, it just felt like creeping an inch rather than running a mile. We did get some progress on the Inami x Souta front this week, and the first episode built up quite nicely from what last week ended on.

If there’s one thing that’s for sure, its that Souta and Inami are at this point, pretty crazy about one another. We’ve seen them dance around the issue, go through misunderstanding after misunderstanding, and at this point all that’s left is for them to just cut through all of the absurdity and tell each other how they feel. 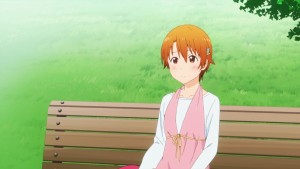 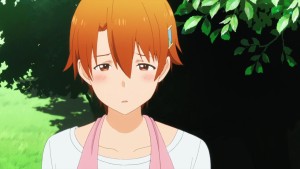 For Inami, its just letting Souta know plain and simple that she’s interested in him, while for Souta he needs to admit that he does indeed want he wants. And we do very much get the first part of this whole issue happen, if unintentionally.

The facilitator this week is none other than Souta’s weakest sister, Izumi. Izumi’s probably the only sister who thinks that Souta was dating Popular (which is pretty funny in and of itself) and broke up with her. When everyone sees him stress cleaning throughout the house, its Izumi who decides that she can fix the issue, and sets up a blind date for both Inami and Souta to meet each other. 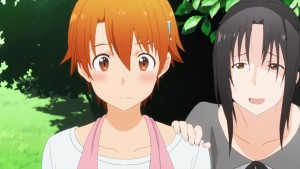 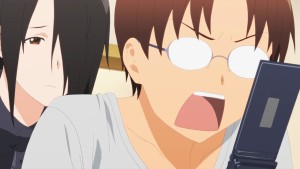 Both Souta and Inami are coaxed into meeting, though under some pretty odd circumstances. Inami comes to the meet wearing both a paper bag over her head and boxing gloves, all in an effort to make sure she doesn’t kill the guy she’s meeting.

Its the exchange between the paper bag wearing Inami and Souta that inches us ever closer to the inevitable conclusion. Inami reveals that she’s pretty depressed, and in love with a guy who hasn’t noticed her and instead pushed her to go for someone else. And since Souta thankfully doesn’t have the I.Q of a pet rock, he puts two and two together… FINALLY. 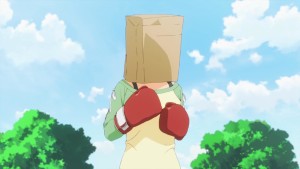 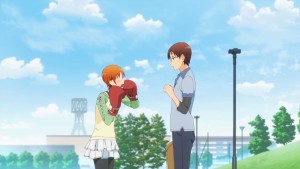 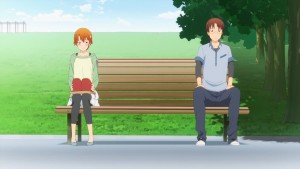 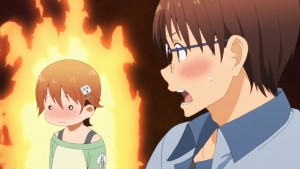 Of course, before anything can really happen, we’re treated to a whole troll sequence regarding Yamada and her “break up” and “Reconciliation” with natto. The significance of this scene wasn’t lost on me, as it was pretty much the show acknowledging that we want something, and then refusing to give it to us quite yet.

While this whole Yamada scene could be felt as a bit mean spirited, I took it as a playful and coy little tease from the show. It knows what we want and its suggesting that we’ll get it, in due time. 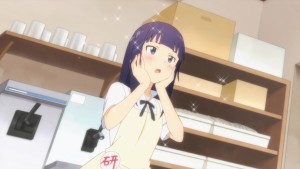 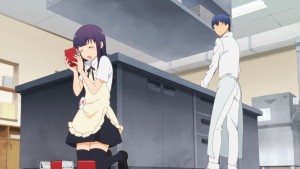 And honestly, a beet red Souta running home and thinking about what he’s going to do, is progress. The facts are out there now, Inami, whether she wanted to or not, has told Souta about her feelings. All that’s left to do is for Souta to act in response to it.

I for one can’t wait, and while I’d love to see the conclusion to this whole thing now, its pretty obvious that is something that’s probably being saved up as the last thing the series tackles. 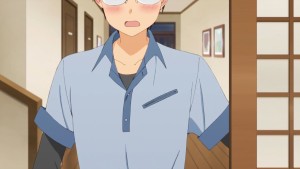 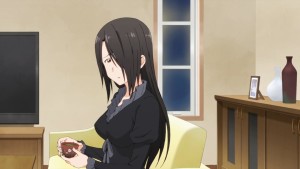 I’m assuming that after this acknowledgement, we’ll take a bit of a detour and focus on the B-Plots that the series has to resolve. Yamada and her brother, Otoo and his wife e.t.c.

And at the end of the day, even when Working!!! is being a tease, its still quite enjoyable and fun to watch. 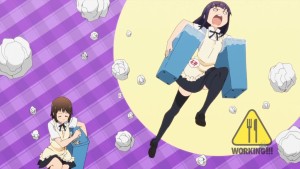 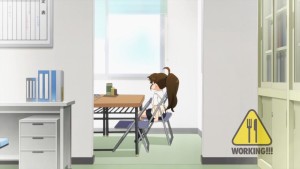 More Yamada XD Next week we’ll be at the halfway point, so maybe Yamada’s whole story gets resolved next week.