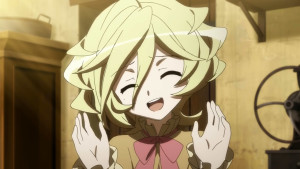 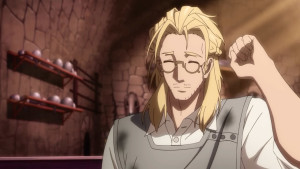 Once again Symphogear just continues to bring great quality of entertainment. This episode had both a lot of focus on Shirabe and Kirika, but also took some steps to give some focus to Hibiki and Carol. In a sense the show is returning back to a main villain like Fine was in season 1. Instead of just a crazy guy like Ver (Season 2 villain), they have more of an ancient person who is prepared to do whatever is necessary to accomplish her goals. They are also similar in the sense that part of the reason for all their actions is a lost connection to one they loved. Though Fine was pretty over the top in her lost love basically being God who created the moon to shut down the unified human language. Carol is a bit more down to Earth with her dead father being the source of a lot of her pained emotions. The bits with her father were nice little scenes. A father who can’t get cooking and a daughter just supporting her dad the best she can. Nice family bond they had.

I am curious why Carol downloaded not only her knowledge, but also her memories into Elfnein. Maybe at her core she does still want a family and misses the kind of person she was before she turned into this cold monster. Or maybe she simply wanted to purge her own attachments to the past and thought that downloading them into Elfnein might make it easier to forget herself about what happened. I’m sure we’ll find out and a good chunk of htat will probably come from her interactions with Hibiki. 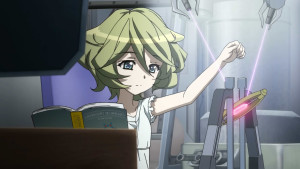 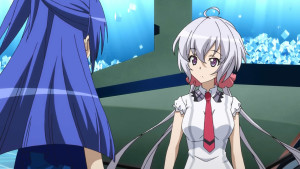 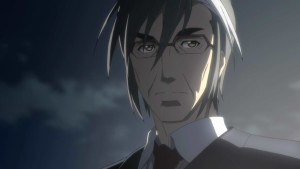 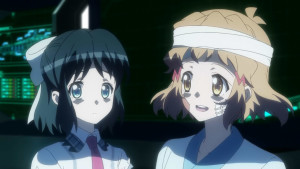 With Hibiki we did get some familiar flashbacks, but this time with an added feature. A shot at her father walking away which we hadn’t seen before. There is some outside information about exactly what happened to him, but I think it’s better to wait for the anime to fully touch on that. Either way it makes sense that both the lead character and main villain both have father issues that will likely get explored as we move ahead.

Another character with a bit of a surprise parental dilemma is Tsubasa. Her backstory really has been shrouded in mystery and now we’ve finally got something to go on. Finally got a glimpse of her father who surprisingly is alive leaving her as not one of the orphaned characters in this show. Though his position as a Cabinet Intelligence Officer and someone who works on the darker side of things makes him a bit of a mystery as well. I suppose his position explains why Tsubasa was allowed by her family to be involved in all this relic business. While it was technically known already, they do make the point here about Tsubasa being Genjuro’s niece. It does make me wonder about the family issues going on there since no one seemed eager to talk about Tsubasa’s relationship with her father. It’s something I’m not sure Chris could comment on since both her parents died a good while back. For a long time she mostly just hated their being stupid for dragging their kid into a war zone and getting themselves killed while trying to bring peace through song. 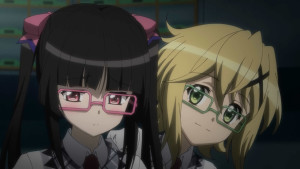 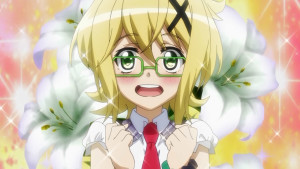 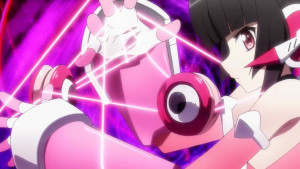 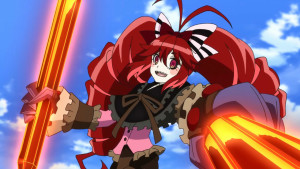 Still the stars of the episode should be Kirika and Shirabe. They leapt into the scene to buy time while Chris and Tsubasa’s symphogears were being fixed and upgraded. Not an easy task against an army of alca-noise and Micha herself. They didn’t stupidly rush out there, but came up with a plan that would work and got the job done. It did cost them their gears who join the scrap heap along with Gungnir, but they did it. As expected they found a way to get in Shirabe’s transformation scene this week. Now just leaving Maria and her real gear that she’ll get at some point. Certainly a lot of energy to her new song and the transformation itself. Plus Shirabe goes yo-yo mode for this season XD. Which is kind of awesome and hilarious at the same time. Guess they wanted to give her more weaponry than just pure buzz-saws to work with. As a whole I like her new song, it focuses a lot on her desire to become stronger as a person which makes sense.

The action remains great and I just enjoy how colourful it all is, even the noise adding to that with them dying in red mists. Shirabe showed off a variety of attacks this time around with the yo-yo moves and even her skirt turning into a giant buzz-saw, watch out close range attackers. They also got a chance to use the duet song for these two which I was surprised about after last season. These two really are the closest symphogear duo in the show, their songs just working together so well. They really gave their all, even going through a Linker overdose to get enough power to at least hold up for a while against Micha.

A good scene with Maria going over why Kirika and Shirabe needed to do what they did in this episode. While of course part of the motivation is to protect the work on the symphogears and Hibiki who was still in a coma after getting owned by Micha last week, there was more to it. All of them are trying to atone for their actions last season. They did all those reckless things because they couldn’t believe in people and felt they had to do it all by themselves. That lead them to teaming up with someone like Ver in the first place. 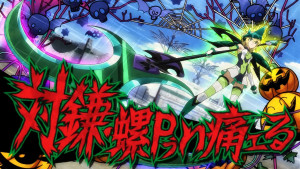 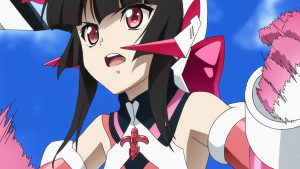 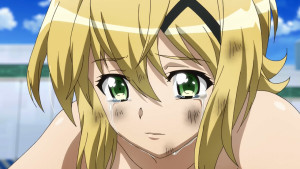 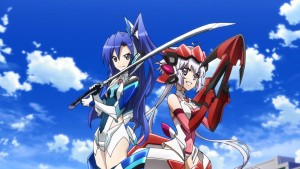 In the end it was a really enjoyable episode for me. Clearly despite all the damage done to this point there is more going on with Carol’s plan than just destroying things. They are keeping a focus on phonic gain as well seeking individuals with high enough levels for their plan. That certainly makes the dramatic arrival of Tsubasa and Chris to the scene pretty tense. They are certainly strong enough to qualify with both having outstanding levels of phonic gain that require no linker to boost up. But their arrival was needed to turn the tables. Both of them held on against Autoscorers in their earlier fights, only falling because they didn’t know the danger of the alca-noise, they’ll be ready to give Micha the fight of her life there. Not a bad move to end the episode with a duet between Chris and Tsubasa’s VAs. They’ll need to be a great duet next week. I can’t wait to see if there is any obvious boosts in power for Tsubasa or Chris, or if they’ll just take care of business regardless.
Score: A