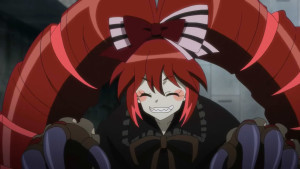 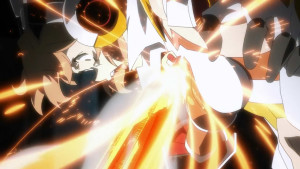 Well that was pretty rough going. The Autoscorers aren’t messing around at all and when they bring their best efforts they are just crushing the main cast in combat. This was just another case of that with the combination of Garie and Micah being completely too much for Hibiki to handle. She put up a great fight….again an illusion, and then just got beaten. It was nice that Hibiki finally got her act together and got into the fight, but in the end it was not enough.

It took a bit of time for something that should have been obvious to Hibiki. Her songs and desires aren’t to hurt people, that is true. But, the key for Hibiki is saving people, helping those in need. There are times you have to stand up and fight in order to accomplish that. The symphogear isn’t a fire hose, it is a weapon. You can use weapons to help save people, but they are still weapons. Thus Maria’s point of facing Gungnir was key. She has to acknowledge what it actually is, not what she wants it to be. Just too bad that all her efforts just lead to getting beat. I did like the whistling intro for her song. It felt very Wild Arms, which makes sense since the writers of the show have a connection to that game series. It was a pretty good fight for Hibiki, busting through the noise (I’m just going to stick with calling them that since outside of the unique functions they still basically are the same thing) and giving Micah (or at least the water illusion) a good fight. It worked well since this was a case where Hibiki was motivated, giving her all, and just lost. 2v1 was too much for her to handle in this case. 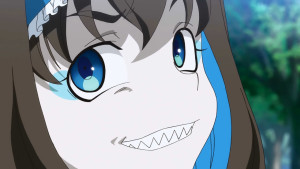 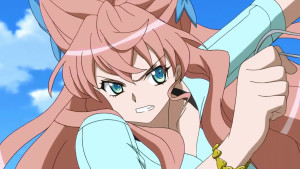 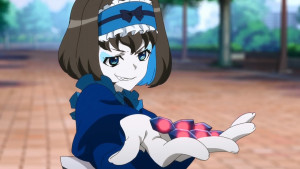 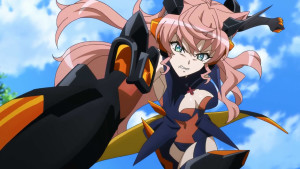 I think a shoutout should go to Maria. She took a lot of heat in season 1 for her being too weak and quick to fall apart. But you can see in this season she is really working to gain true strength of will and character. Despite the fact that she also needed linker to use a symphogear effectively, she still gave her all to cover for Hibiki and stand up against Garie. That was actually a really awesome part of the episode. Going back to season 2 mode (minus the cape armor) and just fighting with pure guts. It was nice to hear that familiar song again from her. She really pushed herself and was left in even worse state than Kirika and Shirabe who only fought for a short burst and then ran for it. It shows that without linker neither she or the others are even close to being able to fight the Autoscorers. That makes sense since phonic gain levels are key to using symphogear and without a boost their levels are just too low to fully utilize their gears.

Hibiki’s reaction did seem a bit over the top to me. Maria let her keep that gear, but it was originally Maria’s Gungnir. But it tied into her extreme reaction of being unable to look at the gears are weapons. That was a tough part of the episode, you knew they needed Miku to knock some sense into Hibiki. Lucky for Hibiki no one around her died, but it may not remain that lucky going forward. I still think they are going to kill off her grandmother or something. I did wonder if they might go that dark with Miku, but luckily for Miku they just put her in extreme danger. 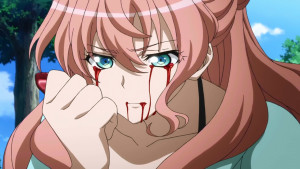 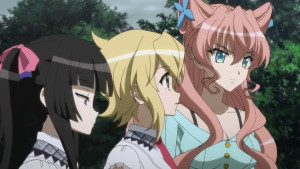 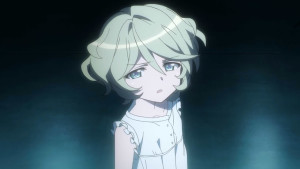 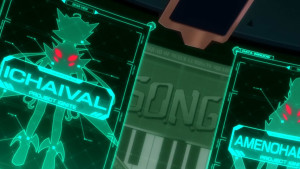 I did like having Maria, Shirabe, and Kirika visit the grave of Professor Nastassja. A nice reminder of the importance of episode 1 so that this grave would actually be her real resting place. All of them have learned from their mistakes in season 2 and now want to become stronger people and able to find their own paths.

I’m curious to see how Project Ignite turns out. But this project does really hit home that this is basically the Nanoha A’s of the Symphogear series. It hasn’t been exactly the same, but the similarities are there enough. The main cast getting just curbstomped early on, their weapons/powers getting seriously damaged and needing to risk experimental upgrades in order to measure up. It looks like the plan is to use the relic of Dainsleif via alchemy to power up the symphogears. I’m curious how far they plan on going with this since it looks like they simply are focusing on Chris and Tsubasa’s gears. But they’ll probably need to power up the rest and also repair Hibiki’s gear now. It’s worth the risk since otherwise they can’t fight at all. 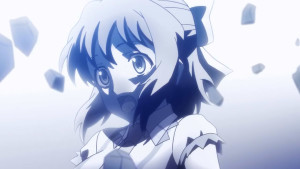 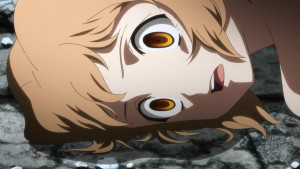 I thought this was a strong episode that continued moving things forward. Right now they need to power up the main cast or they can’t measure up to the threat they are facing. But there is some hope with Elfnein’s plan. Though I do worry about the possibility that she was intentionally allowed to be taken in with the Symphogear cast, but they really don’t have any other choice. Right now they can’t fight or try to stop Carol. Even if it’s playing into her plans it’s better than doing nothing. Though the possibility of this being Carol’s plan makes sense. If she simply wanted to stop them from getting in the way then why not just kill the gear users? Just destroy their gears and then murder them. They don’t even completely destroy the relic, but rather just damage it to the point that it needs upgrades and repairs. Still, sometimes you have to play into the villain’s hands to fight back. They will just have to endure any consequences that result. Can’t wait for next week.
Score: A