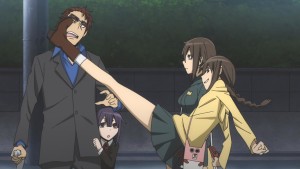 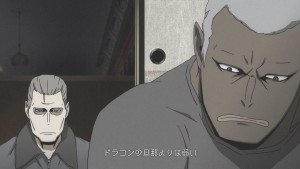 Who knew that that Shizou and Varona together are the recipe for a good time? In a welcome contrast to last week, we got another pretty good episode from Durararara!!x2, one that I think is bringing us back to an upswing in quality. 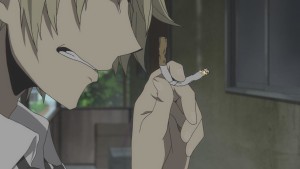 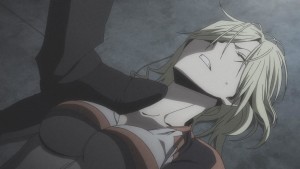 Since the start of the second cour, Durarara!!x2 has been pretty hit or miss really. One week it’ll be exceedingly weak, then get better, then weak, and then better again. I’d like to say that its more or less dependent on who’s featured in that week’s episode, but the show somehow managed to make an episode that featured Izaya a complete snooze fest. All bets are off on when Durarara!!x2 can be decent, let alone good.

The reason this week particularly worked for me was because it did two things right. The first, was that it moved the story along a tiny bit. Varona’s segment in the whole “simultaneous” events thing we’ve been seeing the past few weeks, was the last of the bunch. The story HAS to move on from here, so there was a sense of rhythm and progress this week. 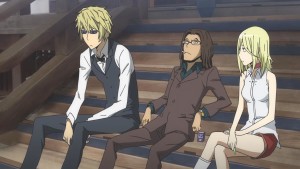 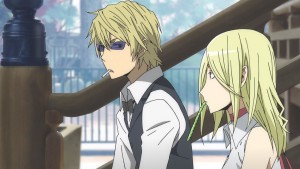 Secondly, what we did see gave us some insight into characters we actually cared about, alongside the new introductions. Varona’s actually not a bad character, she’s more than made a name for herself by taking on both Celty and Shizou in the last cour. She’s also got an interesting quirk, backstory and her warped personality lends some color to the world of Durarara!!x2

Its in the contrast to Shizou, however, that the episode really did reach a cut above the usual fare. Varona isn’t freakishly strong like Shizou, and her encounter with Shizou was a turning point for her. She had long wanted to test her own limits, and when she ran into Shizou, she found that the potential for a human is just so deep. 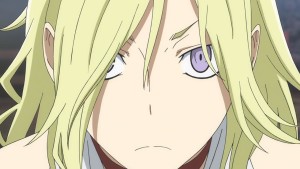 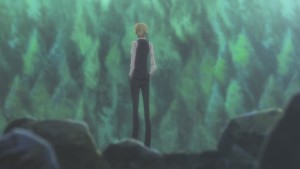 Shizou is the ultimate man as far as Varona is concerned, and her increased fascination and fixation on him as the episode progressed was fun to watch. Shizou himself seems rather oblivious to his earlier encounter with Varona, and treats her as his new Kouhai.

Oh yeah, Varona also ends up working with Tom and Shizou collecting Debt, so there’s that headline. Of all the pairings and relationships that have changed in recent times, I’d say the Varona, Tom and Shizou pairing is my favorite. There’s a lot of mileage to be had, as Varona works hard to get stronger, and learn more about Shizou. If nothing else, the two play well off each other in entertaining and often times hilarious ways. 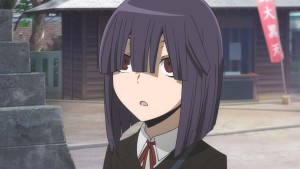 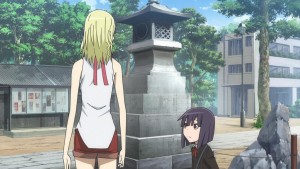 But I think the final piece of the puzzle was Akane-chan. The little girl that we were introduced to in the last arc, has her own weird fixation on Shizou. She’s torn between liking him and “needing” to kill him. The brilliance in this whole situation is how much of a warped preservative Akane brings to the situation because of the fact that she’s a confused little kid who doesn’t exactly know what she’s doing.

Its another unique perspective, one that gives us something NEW and interesting, much more so than what we got with Akabayashi last week. And I might seem to be piling on the hate on the guy, but I actually don’t mind him as a character. I just don’t think he needs to be the central protagonist in a cast where there are dozens that can take precedence. 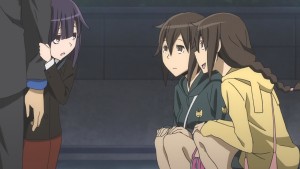 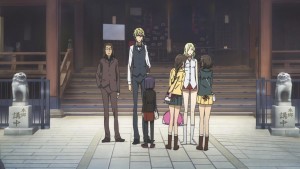 The Orihara sisters make a return appearance this week too, and the series is better for it. Their interactions with Akane and Varona were pretty fun, and just a nice element that ties different parts of the story together. They’ve at this point probably met with every major “group” of people in the cast in some way.

It is kind of funny how Izaya’s own sisters were pretty much about to sell him out to Shizou, had Tom not intervened. It makes sense that Shizou didn’t hear about Izaya if Tom himself made sure of it. That is a bit of a party pooper, but I’m sure we’ll get another Izaya/Shizou stand off soon enough. 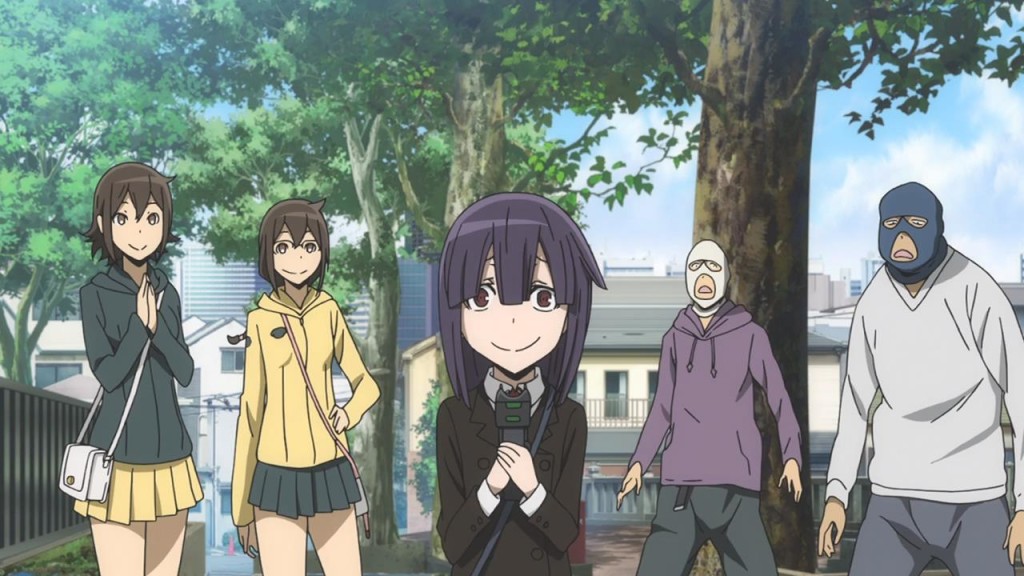 It also feels like we’re past these whole stand alone episodes thing, and can now move onto more pressing matters. I do know that we’ve got one or two more character introductions to get to, namely because of all the hinting of the martial artists and head of the Dojo that we haven’t met yet.

It does make me happy to see that the preview is hinting at SOMETHING important happening soon. It took four episodes, and with the fifth episode maybe we can get back to some of the good stuff… Just like we did in the last cour. I guess that’s the new Durarara!!x2 pattern? 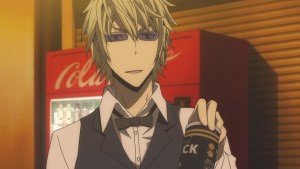 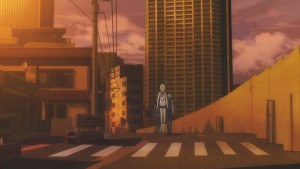 In any case, this week was a step above the rest, so I’m optimistic going forward. It feels like a relief to say that, because I honestly didn’t like or want to trash this series every week until it ended. 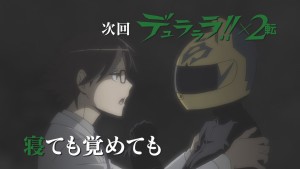 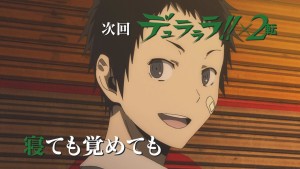 The dollars issue is coming up again. Be still my beating heart! Just one more week of wait!