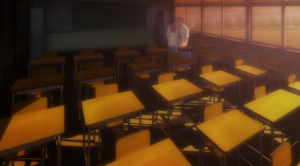 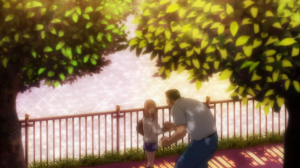 About halfway through this episode, when Takeo was agonizing over how he could get Yamato to understand she didn’t need to worry about him leaving her for someone else, I scribbled in my notes: “Takeo’s problem is he keeps talking about how people feel toward HIM rather than how HE feels toward Yamato.” It’s the kind of thought I’d usually have about a rom-com that would either never get addressed in-series, or get addressed indirectly 5-10 episodes down the line after Such Drama, Very Tears.

Where do I even begin in explaining how much this episode got right? I guess we should start with Saijou Mariya, the “intruder” who looks to become a regular character in the series (and possible romantic interest for Suna, although I’m so in love with how their budding friendship is portrayed this week that I’d sort of prefer it stay that way). She’s a nice addition to the cast because she has a temperamental, selfish streak, adding a splash of vinegar to a show overflowing with sugar. 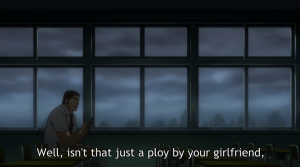 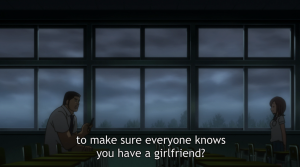 That might make it sound like I don’t like Mariya, but I actually do. Her meanness is reflexive and realistic, the kind of jealous lashing out that’s common in young people full of emotions(!!), and is generally followed with recognition and guilt. Mariya knows she’s being unfair this week and even paints herself as the villain “taking advantage” of TakeYama’s oblivious kindness, but she isn’t, really—she’s just a confused kid crushing on someone she knows she has no chance with.

I suspect most of us have been there at some point, and OreMono nails the tone here, as Mariya fluctuates between glee and loneliness, able to spend time with Takeo but knowing it’s not the relationship she really wants. The series and any older audience members know this is a pretty light crush, all things considered, and that Mariya will be just fine, but Mariya doesn’t know that, and when the series zooms in to her perspective (particularly during the school festival) it’s almost painful to watch. 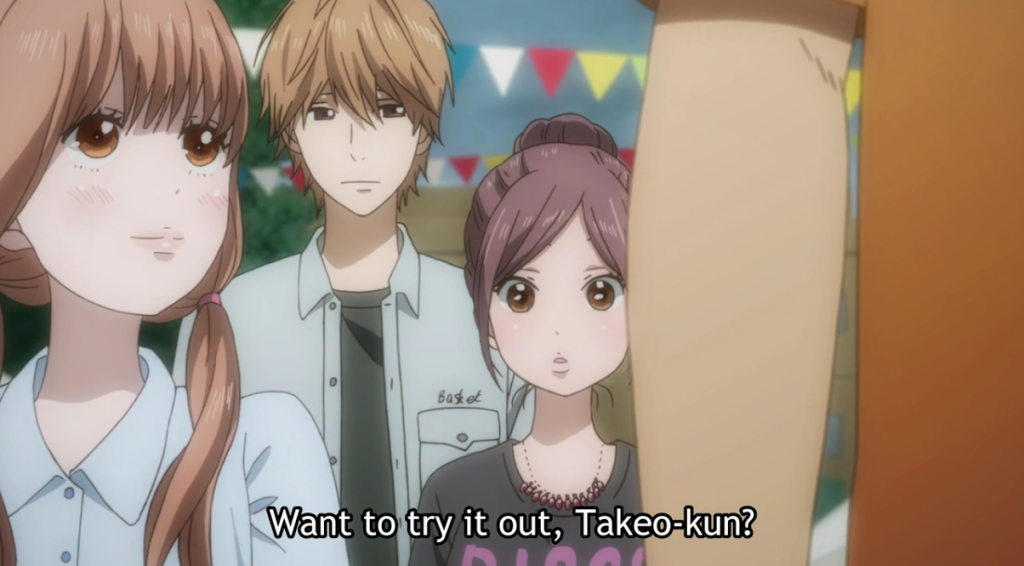 Fantastic use of character gaze here to wordlessly show what everyone is thinking about: Yamato on Takeo, Mariya on TakeYama, and Suna on Mariya herself.

Good thing we’ve got our ever-watchful Suna-min Roll around to keep things from getting too agonizing. He reads Mariya like a book and confronts her about it, not because he thinks she’s hurting TakeYama (he knows they’re both too dense to ever pick up on Mariya’s true feelings) but because he suspects she’s inflicting a kind of emotional self-torture on herself (which she is) and thinks it’ll be harder for her in the long run to play this “master-student” game with Takeo. It’s this concern that gets Mariya to really examine what she’s doing, and at last prompts her to be honest with Takeo.

I s’pose you could make the argument that Suna’s unrealistically observant (Mariya even chides him for it), and it’s certainly true that he functions as something of an audience stand-in, pushing characters to talk to each other and be honest with themselves rather than get trapped in glass cases of emotion. That said, I don’t see any of this as either inconsistent with his character nor outside the realm of possibility.

I knew Sunas in high school and was occasionally a Suna myself. Some kids develop empathy faster than self-awareness, and it’s often easier to see the big picture from a slight distance. Suna’s semi-detachment gives him a unique perspective when dealing with others (much less so when dealing with himself), and he’s not afraid to share those observations when he thinks they’ll be useful to others. 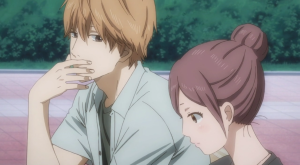 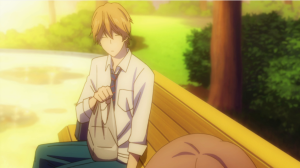 He’s also a flat-out wonderful human being, as demonstrated by that scene in the park (my favorite in an episode full of terrific scenes). Suna doesn’t really understand Mariya’s feelings (he admits via text bubble that he’s never had a broken heart himself), but he can still sympathize, and is happy to lend a listening ear while she vents her final frustrations.

OreMono plays this scene as half-funny and half-bittersweet (those tissues tho), once again acknowledging that, while Mariya will likely look back on this in a few years as a fairly trivial crush, it’s nevertheless very painful for her at the moment. It’s also nice to see a series let its teen characters be publicly, uncontrollably emotional, and to show how beneficial that can be in the long run. It’s amusing and cathartic and empathetic, and lays the emotional groundwork for Suna and Mariya to continue to have a relationship (whatever that entails) in the future. 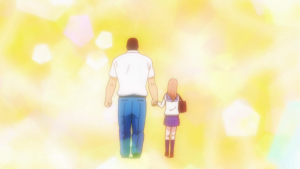 In the end, Suna’s helpful push not only aids Mariya, but also Takeo, who finally realizes what I noted halfway through the episode: That his relationship with Yamato is secure not because no one else is interested in him, but because he’s not interested in anyone else. He gets over his embarrassment and tells Yamato he loves her, and it’s one of the loveliest, most genuine moments in a series full of lovely, genuine moments. There might have been a speck of dust in my eye at one point, is all I’m saying.

Most series would’ve patted themselves on the back after all that wonderful character work and teen rom-com perfection and called it a day, but ohhhh no, not this series. Nope, OreMono had to go and one-up itself. We’re led to believe Mariya is going to vanish from the story thanks to first Yamato and then Takeo’s resigned realizations that they “can’t be friends” with Mariya now, but lo and behold! Mariya greets Takeo as her “master” the next day at school, perfectly willing to stay on good terms with him. It happens a little quickly, I admit, but it’s such a great example of how crushes can turn into actual friendships that I’m willing to let the fast pacing slide. 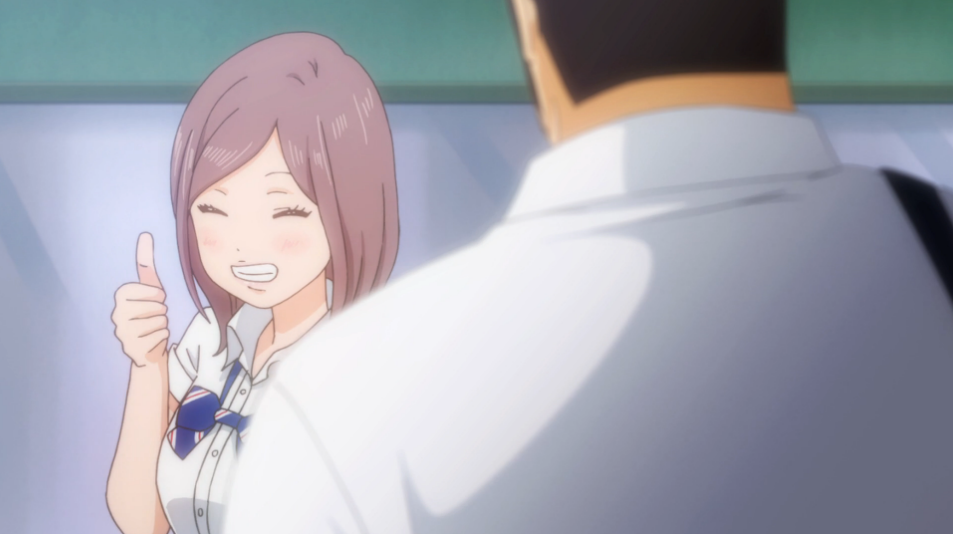 Or, TL;DR – The Screenshot

In conclusion, OreMono is great and you should feel great. I’m sorry I yelled at it last week. It knows exactly what it’s doing. I’ll certainly keep criticizing it when I think it can do better, but I should know by now to never judge its story arcs until they’ve come to conclusion. I look forward to seeing how Mariya integrates into the group as we go, as well as how TakeYama’s relationship progresses after this week’s major realization and vocalized feelings. Onwards to the next (love) story!