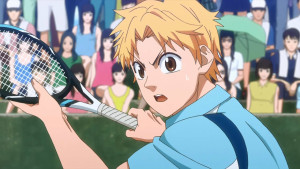 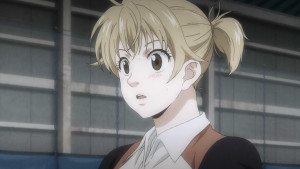 In the end Nabae’s words last season were pretty on the mark with Ide. He’s someone you really need to just take down as fast as possible since he becomes so darn good with momentum behind him. Despite the episode ending with a 4-1 lead for Maruo, this couldn’t feel any more stressful. Ei-chan got a lot of points in early, but Ide is finding his groove and starting to pick Maruo’s game apart. Just a scary kind of opponent who has the ability to reason his way through things and also has the crowd on his side.

Certainly Ide is closer to being Natsu’s type of player than Maruo. It’s hard to get a read on him and he’s also really good at figuring things out. He may have taken some warnings from the official, but he made the most of the time he had. Plus this sport seems really lax when it comes to penalizing players. Give them ungodly amounts of warning and even then the cost isn’t that high. While it might cost you on close calls for shots, it was worth it in this case to take more time to analyze Maruo’s game and how to respond to his shots. The tough part is that this is a long game, there is time for Ide to turn this around. If Maruo can’t find the room to fight back he’ll still lose in the long run. 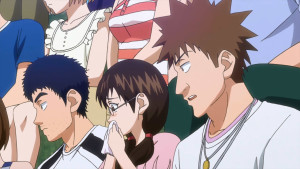 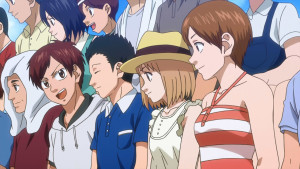 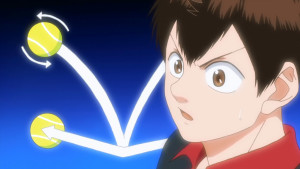 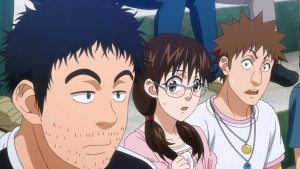 A fair point was made by the coach though. It doesn’t matter if this is a poor type matchup for Maruo or even if Ide is at his best here. He has to win if he wants to move forward and even as a pro it’s just that simple. If you want to make a career out of it….you have to win the games. It doesn’t make it any easier, but it is true enough. Ide is a pretty scary type who is more instinctive, extremely good at reading what people will do and can rapidly guess through problems until he arrives at the right answer. Either Maruo will have to keep up with Ide who can read what he’s doing or else Maruo is going to have to constantly change things in order to give Ide no time to adapt. 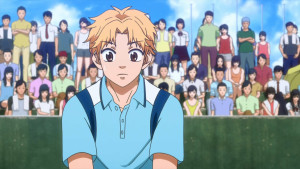 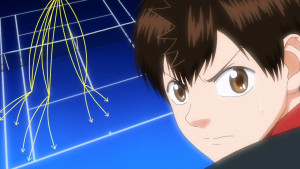 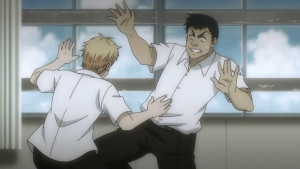 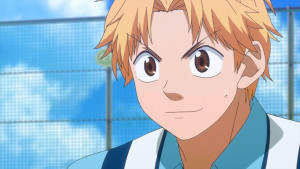 Ide’s flashback just showed how this is the kind of guy he is. His strength is reading what an opponent will do and that ability has really let him rise up the ranks in tennis. Ide is leaving Maruo pretty baffled and understandably worried about this. As soon as Ide figured things out he just completely owned his serve game. Sure Maruo only has to focus on not getting his serve broken, but Ide is so good right now that it is hard to actually pull that off.

Toss in a pretty loud crowd and this is all kinds of hard for Maruo. He’s dealing with a type he isn’t good with in an environment that isn’t pulling for him. Ide is the entertaining player who falls over nets and makes spectacular moves. Maruo is playing a smart game and is working hard, but he just isn’t as naturally charismatic. Maybe what he learned from playing against Natsu will come in handy here. 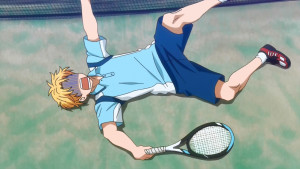 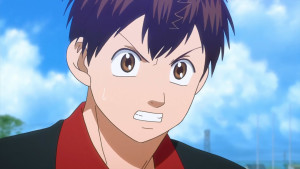 For such a pure episode focusing on the match there isn’t all that much to say. It was really well done and staying true to the material. Maruo has a lead, but it could go poof in an instant if Ide gets on an insane run. He has got to find a way to take the first game and then he’ll have a chance. If he can’t at least close out this first part and Ide takes over the match….going to be tough to stay in it. Will just have to cross our fingers and hope for the best in this case.
Score: A-