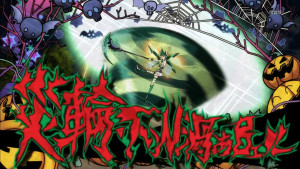 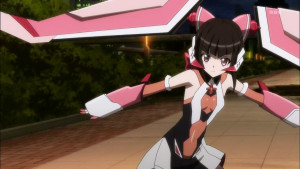 There was definitely a need for a breather episode at this point. Get the plot stabilized a bit and figure out where to go from here. The long night could only last so long. Still, we got Kirika’s transformation and song slipped in and some good action while everyone ran like hell. As expected Kirika and Shirabe went to backup Chris and get her and Elfnein out of there. Even without Linker they pushed themselves and got the job done. It may not have been what Genjuro would have wanted, but it was a necessary move. No one else was in a position to help with Maria unable to use a gear right now and Hibiki being stupidly knocked out.

Their efforts were smart and efficient. They knew how dangerous those things were, but also they were pressed for time anyways. Using their gears without linker is hazardous to their healths so there wasn’t much need to stick around. Just grab and run. A very considerate move there by Kirika to bring a flag to help cover Chris with for the evacuation. As always they have some real fun taking these transformations to another level which I’m all for XD. It was a good bit of action and Kirika’s new song is a nice one. 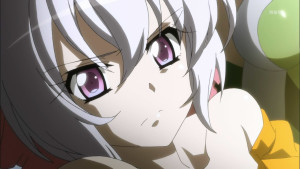 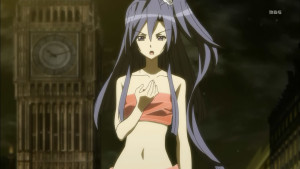 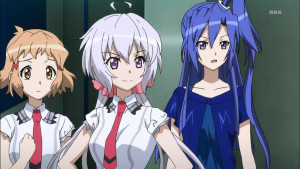 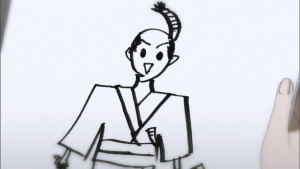 You can see where a lot of the character arcs are going at this point. Yukine beating herself up as per the usual, but this time over not being a good enough role model for Kirika and Shirabe. She has been through a lot as we know. She was on the enemy side in season 1 and had a lot of guilt over Solomon’s Cane in season 2. She knows what it’s like to get dropped into a more normal life and school after not having that before. As much as the damage to her gear hurt, that failure really dug at her. I’m curious to see how she continues to interact with those two and how that character arc continues.

Tsubasa you can say is more about her dreams and responsibility. A lot of her personal issues really were cleared in season 1. She’s a much more stable figure since she doesn’t really have any serious problems. It’s just a question of constantly going between her dreams and her ability to fight as a symphogear user. Is she the sword that protects people or is she the singer who they cheer for? 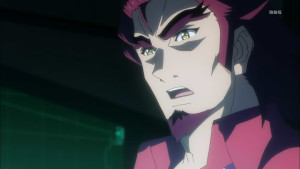 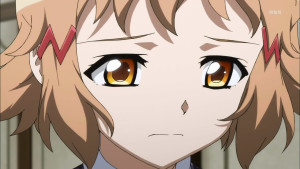 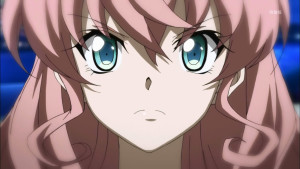 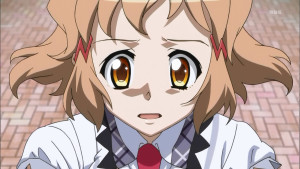 Hibiki is a whole other barrel of issues. As always that girl brings all the trouble and you can see where they are going here. Her actions are so bizarre even the characters are going “what?” to her. Genjuro seemed utterly baffled by her apologizing for not being able to talk Carol down. This person tried to straight up murder her and Hibiki still can’t be bothered to have any desire to fight back. Maria as well had some pretty choice words for Hibiki. Her stance and attitude is purely arrogant. She right now is the only one they can safely send out and she has power and she’s too busy being arrogant in how she wants to use it. A symphogear isn’t a fire extinguisher, it’s a freaking weapon. This isn’t a kitchen knife that’s main purpose is non-violent, it was a weapon to massacre noise. Hibiki needs to get her act together. It’s fine to not want to hurt people, that’s great. But there are times when you do need to hurt and fight people. That’s why we have organizations like the police.

I’m glad even Gungnir itself is pretty much tired of Hibiki’s attitude. If she has no will to fight then it won’t respond. Not that I’d want people to die….but maybe a friend or two dying will light a fire under her. She has no wish to fight and therefore the Gungnir will just leave her to rot. I’m curious to see what will happen since right now I can’t see any savior ready to swing in. Kirika and Shirabe are still on lockdown until they have more Linker and none of the others are in a good condition to fight. 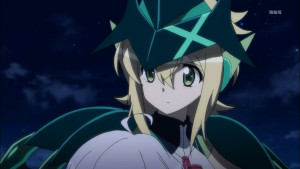 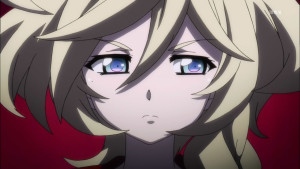 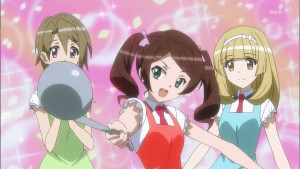 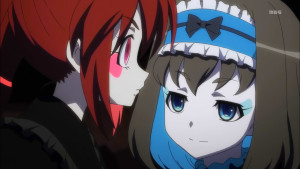 Kirika and Shirabe should be about finding their own path and what they want to do with their lives. They were very much followers last season until near the end. Even still they just pushed themselves hard without any real goal of their own and it ended up leading to all kinds of trouble. There is hardly a rush to finding their own dreams, but it might be time for that.

On that note I’m a bit surprised they don’t have any Linker ready. They should have enough people around that know how to make it since they used it with Kanade in the past. Just go bother Dr. Ver in prison for the exact formula if you are in a hurry. You kept him alive for a reason. The bigger issue is that they have no good way to fix the gears. That is a major issue that I can’t see a good way around right now.

It was a pretty light episode otherwise. We had a bit of a random song sequence, but maybe it was to bring Hibiki’s friends back into the spotlight since they may end up at risk here. They also revealed that Elfnein….is not a regular person. She was a homunculus made by Carol to assist with her work. It may be interesting to note their similarities visually. Either it was some kind of vanity or under that “destroy the world” face she does desire a family again. Either way you have someone ready and wanting to destroy the planet it self. Using Autoscorer’s to drain life/memories/vitality from people in order to power themselves. Definitely making enemies we won’t mind completely destroying this time around. 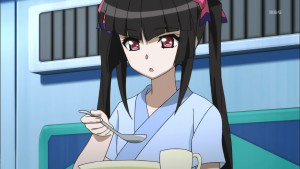 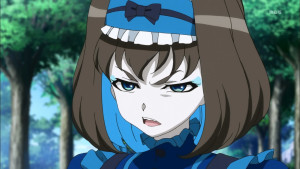 It was a solid episode. It was a bit light on the action, but they did have to move the rest of the story ahead. As usual they are kind of overusing the cliffhanger this season, not every episode needs one. I did laugh more at the end of this one since it seems like Gungnir has had it with Hibiki and her attitude. I really don’t know how this one is going to turn out. I can’t imagine Garie just casually leaving. She seems eager to cause some trouble under Carol’s orders and if it means killing a few people close to Hibiki….she may do it.
Score: B