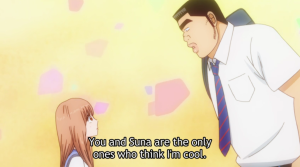 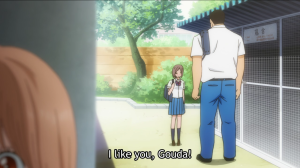 Takeo’s fan club gets a new member this week thanks to the school’s sports festival. After the 300m runner in the co-ed Swedish relay (which we learn all about thanks to Suna’s smart phone) sprains her ankle during practice, the class has to pick one of its less-than-stellar athletes to take her place, which is how we (and Takeo) get to know Saijou Mariya. Although she’s initially intimidated by Takeo’s size and tendency to look angry when he’s really just confused, the two bond thanks to Takeo’s lack of judgment about her speed and his willingness to help her improve. The class wins the relay, Mariya gains a little confidence—and Yamato may just have herself a rival, although Takeo himself is far too oblivious to realize it. 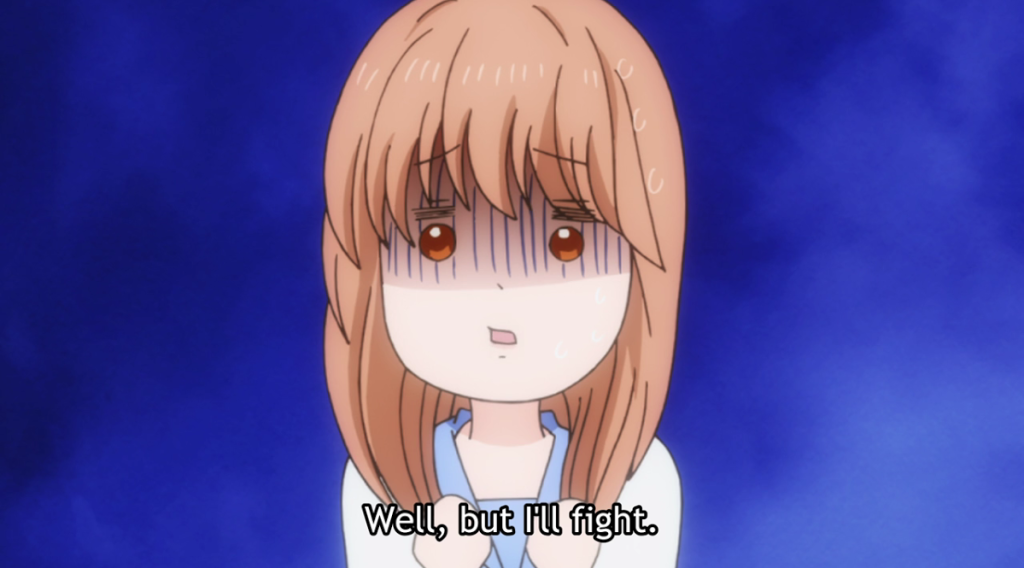 Prepare yourself, Mariya! You’re ’bout to get adorabludgeoned.

One of the joys of OreMono is watching how the author sets up tried-and-true shoujo scenarios and then resolves them in unexpected ways, and we saw a little of that this week in how the “rival” situation is largely understated and never really explodes into melodrama. There’s some minor tension from Mariya and Yamato’s gal pals, and Suna’s definitely got his concerns, but Yamato herself is more worried than angry, and more sad than jealous because she’d rather become friends with Mariya (they both like Takeo so they must be on the same wavelength!). Even Mariya seems to feel immediately bad after she snipes jealously about the matching phone straps and cutesy wallpaper being “overkill.”

While OreMono does deal with some real emotions and adolescent concerns, it’s establishing itself as more of a “teen romance manual” than your usual “teen romance story,” a “how to” on handling difficult emotions and relationships. While that can lead to a lack of intense conflict or big dramatic moments (and can sometimes make this whole blogging gig pretty darn difficult), there’s real value in a story for teens that praises and even normalizes communication and empathy, and I’m very grateful for that.

Also for making me laugh a bunch. I’m mighty grateful for that, too.

All that having been said, this episode left me kind of cold, mostly because it feels like we’re retreading covered ground a bit. Mariya’s situation is different from Ai’s in that Yamato is more aware of it, so we can see her anxieties and determination on display, but the general “girl likes Takeo” story has been done already, and it’s hard to feel any concern because he so obviously only has eyes for Yamato. I’ve seen some people complaining that Takeo/Yamato are a weak link, presumably because their relationship is free of major conflicts (just minor simmering ones and the occasional burst of anxiety), but I love that we’re getting to see a happy (though not perfect) relationship on display. The original creators very clearly wanted this to not be a dysfunctional teen romance story, and that’s just fine with me.

The challenge, though, is that you then have to find other, largely external ways to generate conflict. They’ve managed to do a solid job finding other characters and emotional beats to hit up to this point (they’ll probably do the same with Mariya and all my grumbling will prove unfounded), but I am beginning to think there is a “weak link” at the center of this story. It isn’t Takeo and Yamato’s relationship, though, but rather that there’s nothing really outside of that relationship for the story to focus on. 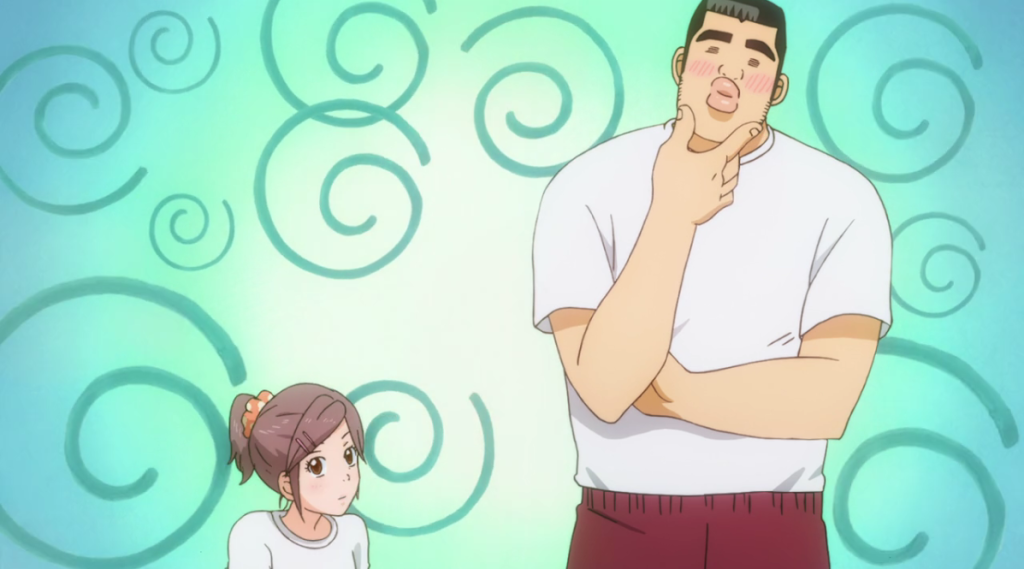 “Now, I know I left my motivation around here somewhere…”

Currently OreMono is, like its protagonist, very nice and often funny, but also directionless and at times frustratingly complacent. Takeo doesn’t seem to have any real goals at the moment, whether those involve working towards a dream job, joining a club, or simply getting to first base with Yamato. He just kind of reacts to new people as they enter his life, and while it can give OreMono some versatility with its subject matter, it also leaves both him and the show spinning their wheels and threatening to stagnate. (Even the animation staff seemed aware of that this week, as they fought to make the frames as busy as possible to give things a sense of movement.)

Everybody knows a Takeo, I suspect (I know several), so it’s not as if he’s an unrealistic character, but it does make it difficult to measure his or the show’s progress at this point. Here’s hoping Mariya’s presence will help push him towards some kind of personal growth or goal in the coming weeks. 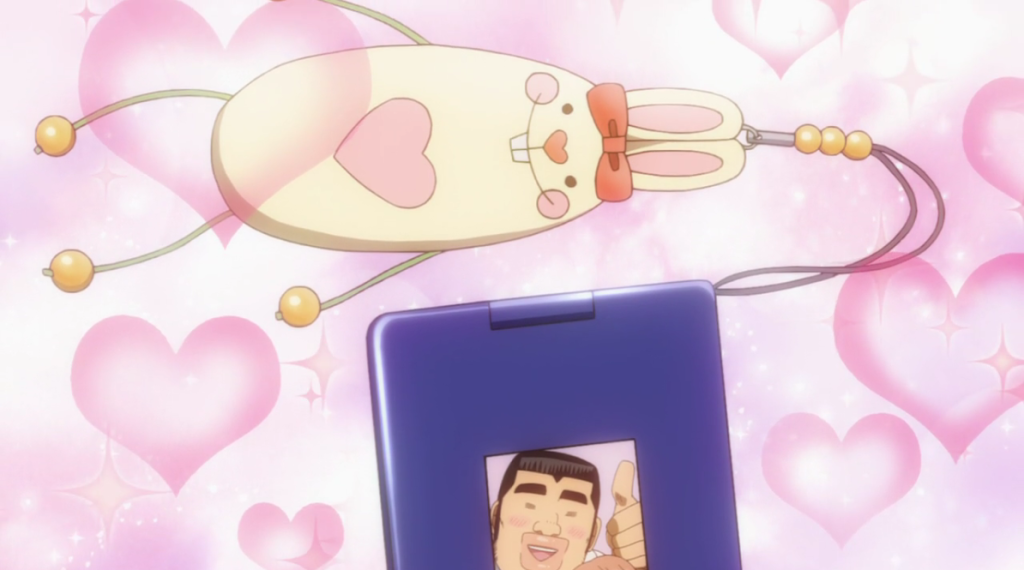 On the plus side, he did guess that Yamato was gonna give him “a rabbit,” so he’s not completely oblivious, at least.