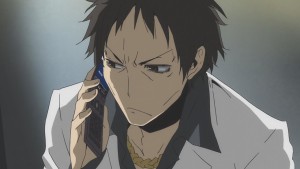 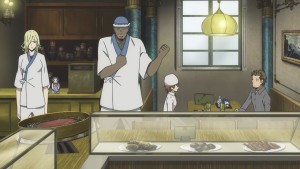 The women in Seiji’s life are pretty intense eh?

Durararara!!x2 actually took the smarter route this week of focusing on one major event, and having everything else kind of revolve around it. Its kind of perplexing at how much better this episode was, so much so that I think the show should’ve openned with this rather than the weak Izaya focused episode last week. 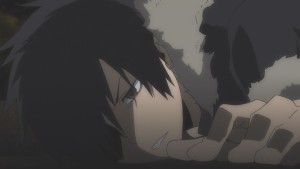 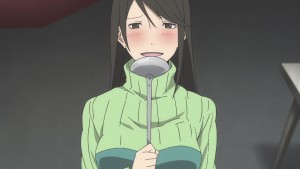 And while the episode this week was definitely more intriguing than what we saw last week, make no mistake, the story still isn’t really going anywhere soon. I wouldn’t say the pacing of the actual episode was off, but I do definitely think that not much has happened in terms of overall plot progression. The pattern is eerily similar to the first cour of Durarara!!x2, and I don’t think I have to spell out why that’s so worrying.

The focus this week fell clearly on Seiji’s sister Namie and his current girlfriend Mika. Seiji’s romance with Mika has been odd from the get go, but its in this episode that we get more of an indepth look at how layered that relationship is. Mika currently has Celty’s face, or rather Celty’s head’s face…. errr yeah. No matter how phrase that, it still sounds pretty wrong XD 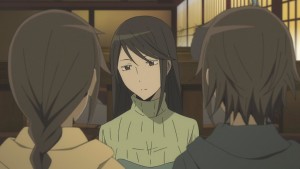 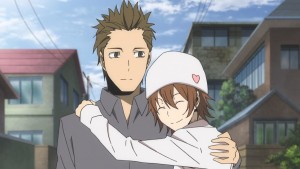 Namie is pretty much a bro-con, and a pretty serious one at that. That’s nothing abnormal, given that Durarara!! is a light novel series, and that sort of incest seems pretty common in that industry (as disturbing as that is). Namie’s possessiveness and abnormal love for her brother do put her purely in the psychotic category though.

On learning that Seiji calls Mika by her first name without honorifics (a sign of serious intimacy in Japan), she definitely flips her lid. She lures Mika out, with every intention of distancing her from Mika. The real prize of this staredown between twisted sister and obsessed girlfriend is some insight into Mika herself. 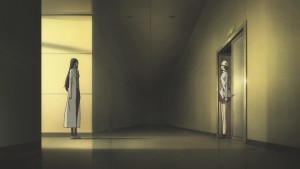 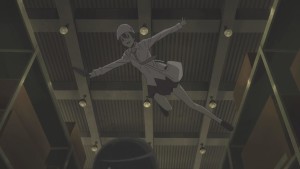 Mika had seemed like nothing more than an obsessed girl who got plastic surgery just to appeal to the guy she was into but… It turns out there’s more to her than that. The fact that Mika has pretty much pieced together every detail about all the major players in Ikebukuro. Everyone from Mikado to Izaya is pretty much known to her. All of that to keep Seiji out of danger, and to prevent from getting involved with the Dollars and whatever trouble is brewing there. That’s not only dedication, its also pretty darn impressive. It might turn out that Izaya and Jinai may have a third power player coming for them XD

But I think the fact that Mika lacks the ambition to use her knowledge, puts her pretty much in the safe zone. She doesn’t care about anything unless it has to do with her goal of being with Seiji. Speaking of which, much like Seiji, Mika is very much searching for Celty’s head. Her big plan? EAT the darn thing. 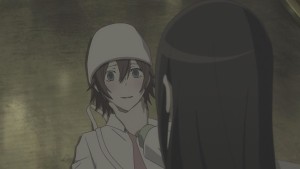 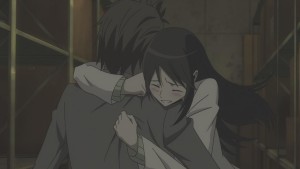 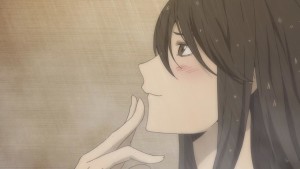 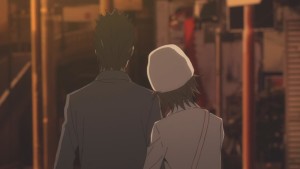 Her logic, deciphered by Namie, is that this will make her “one” with Celty’s head, and therefore allow her to seal the deal with Seiji. Its twisted for sure, but in an odd way, it impresses Namie to the point where she decides to upgrade Mika’s rank to rival. Its at this point that things go rather serious as Namie ends up sedating Mika, ready to burn her face, before Seiji interferes.

And with Namie almost kissed by her brother, she leaves ecstatic. Seiji unknowingly gave his weird sister exactly what she wanted. And with that, Mika and Seiji walk off into the sunset, their relationship pretty much unchanged. And with that, the general status quo mostly unchanged. 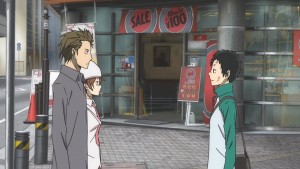 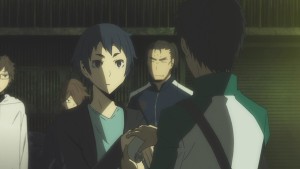 The one thing that’s worth mentioning is the brief meeting between Seiji and Mikado. Seiji rightly notices that Mikado seems pretty off, and of course there’s also the whole narration by Aoba on the matter two. Yes, Mikado’s big change and shift sounds darn interesting, and probably will be the most exciting part of Durarara!! Its annoying and disappointing that we aren’t GETTING to that by now.

This is the major shift I think, from the first series to this one. In the first series, when Durarara!! introduced a tantalizing concept, it would focus right on it, resolving it before moving on to the next big thing. It didn’t hold anything back, while this incarnation of the franchise seems to be doing just the opposite. We’re being slowly teased and kept from the most interesting aspects of the story, which in turn makes the show feel slow, sluggish and even somewhat boring. 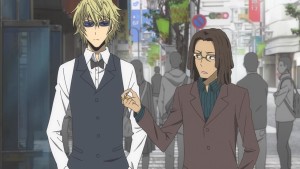 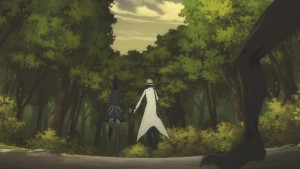 Having said that, Its worth noting that there’s been an upswing in quality at least. If the remaining episodes can at least serve to not bore before the upcoming big thing, then well… I’ll count that as a win. Its just… such a tragedy to have to say that about a show like Durarara!!. Oh how the mighty have fallen! 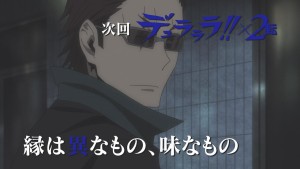 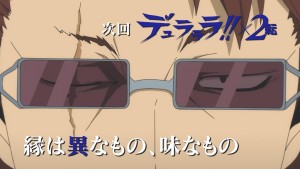 Next episode seems to focus on the new Yakuza guy that we were introduced to in the last cour. I’m not expecting much, but hopefully its decent.