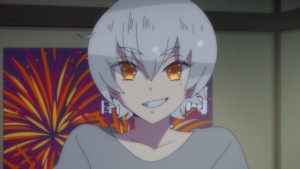 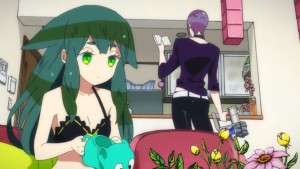 When the first season of Gatchaman Crowds came out a few years back it was met with interest, confusion, bafflement and frustration by many people. It was a series packed with content, filled with obvious intellectual ideas, rife with odd and bright pastel colored art, imagery and creativity … and seemed to not make much of an effort to bridge the gap meaning wise to its audience. Perhaps the most divisive element of the entire series, however, was the personality of its Main Character – Hajime.

Her actions are downright baffling at the best of times, and her personality and intuition in understanding of, reacting to and the assessment of situations as they arise were so unerringly held up as correct and necessary in the anime that she was quickly labelled a “Mary Sue” character. Those who really enjoyed the series almost uniformly tolerated or outright enjoyed Hajime’s onscreen presence – and the opposite generally proved true as well. And now with the second season upon us I am of the opinion that in essence nothing has changed. And I, for one, and very happy to see so. 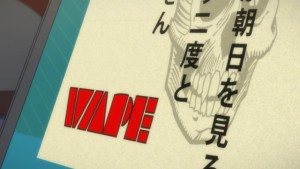 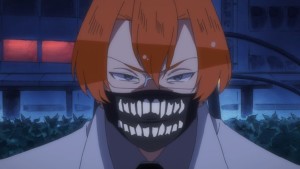 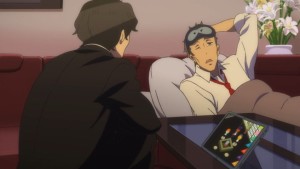 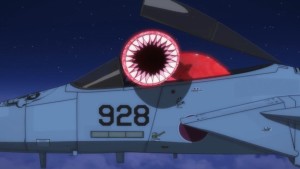 Gatchaman Crowds is one of those series that fans of it have great difficulty doing in a way that does not come across as elititst, so before I begin to speak of it I should apologize in advance if I come across in such a manner. Part of the difficulty, I believe, with approaching or understanding what Gatchaman Crowds was talking about, at least in season one, was that the answer it was offering to many of the intellectual problems and difficulties was not necessarily a set of logical ideas or a fully articulated “world view” (this at least was how I understood it) but rather the person of Hajime herself and her orientation of soul or disposition. Hajime is definitely a creature of raw intuitive genius who somehow extremely close and in harmony with whatever “inner law” “directs” the world/setting she lives in, and is not a scholarly or even an artistic genius.

To use a very generalized analogy she could be likened to a high energy (almost “hyper genki”) version of Akari from the Aria series. Just as Akari’s innate semi- mystical disposition allows her to attune herself to the people, things and even visible and invisible world all around her, so it is with Hajime and the world of Gatchaman Crowds. She is a sort of walking version of the “spirit of the law”, in a way. 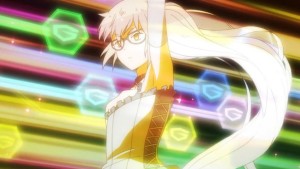 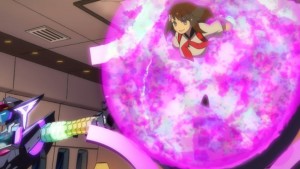 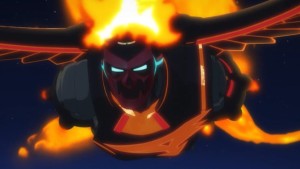 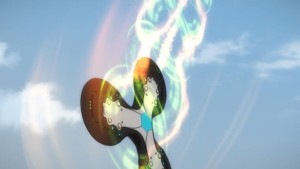 The thing with Gatchaman Crowds (and thus far it seems the second season) is that it is not encouraging the viewers, I feel, to be specifically, “mathematically”, as it were, exactly like Hajime. The series is holding Hajime up as a sort of ideal model from which a very generalized example of how to think about things and react to things in a different way can be taken away, and the series throws a whole pile of “contemporary issues” at her (and not always black and white approaches thereto) to give her responses an occasion to shed light on them from an angle not usually thought of.

Another fan of the series has rightly pointed out that her point of view is deliberately quirky and hard to relate to, and part of the aspect of the series that its fans enjoy is “getting into her head” and trying to see things the way she does – something I absolutely agree with (it is also present in the Aria series using Akari as the reference point, though in a different way since she is a different kind of character) and something I feel the directors of Gatchaman Crowds are deliberately trying to cultivate in the viewers, especially if it flies in the face of logic or seems an ideal thing that could be taken advantage of by the unscrupulous. (An example of this being the utter disregard Hajime has for keeping the Gatchaman wielder’s identities a secret, for example.) 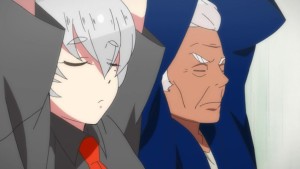 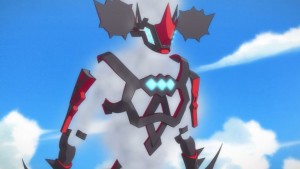 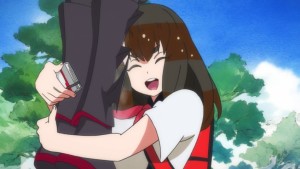 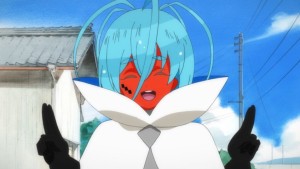 The second season technically begins with episode 00, which serves as a great introductory ep, reacquainting the viewers (or acquainting them for the first time) with both the main characters of season one and some of the main characters who will be playing a part in season two as well. All the main Gatchaman wielders are present and the two main “foes” of season one are “allied” with Hajime. One of them, Rui, is now a Gatchaman soldier as well (and super handy to have, by the by) and the other, the alien Berg Katze, has been literally “absorbed” physically by Hajime after she defeated him. She now carries his living consciousness around in her all the time, and despite Katze’s nasty, childish and snide remarks he actually seems to have come to like living inside Hajime much more than shown at the end of season one. In many ways Hajime is almost like an older sister to him, giving him “tough love” when needed.

The Gatchaman are shown saving the prime minister of Japan from a terrorist like attack of a new enemy, known as the “Red Crowds” – a group that curiously belongs to a group of anti-Crowd users who commit terrorism through using the Crowd system. After this, they head off on their way to greet the arrival of a new alien (named Gelsedra) in her large spaceship and to greet a new member who will be recruited (i.e. meaning the alien JJ appears out of nowhere and forcefully removes her “inner notebook”) into the Gatchaman soldiers  – a young girl named Misudachi Tsubasa, who wants to take over the “tradition” and “art” of her great grandfather, who is a recognized nation-wide as a master of making fireworks. 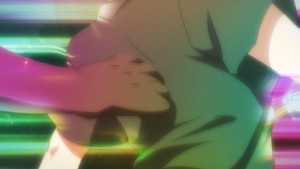 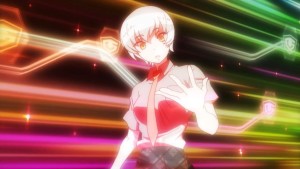 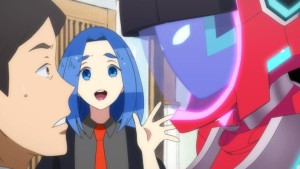 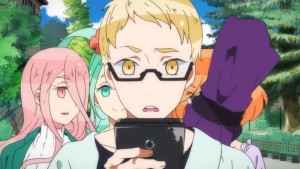 As with season one the information comes fast and furious in episode one (episode 00 is a little easier to follow) and gives the viewers no time to think. But there certainly are issues looming on the horizon. One of the issues that looks to be addressed would be personified by the gentle concerns of the young-minded alien Gelsedra. She apparently has the ability to make “atmosphere” visually appear over everyone’s heads and is extremely sensitive to movements and changes therein, wishing that everyone could be unified and happy together. If this were somehow artificially enforced or manipulated by the terrorist group known as VAPE utilizing the Red Crowds, and thus making use of technology to artificially enforce a single, externalized atmosphere for everyone’s “good” (and especially the possibility of the peace of mind and heart of Gelsedra) then the series could be tackling some interesting things this season as well.

One of the themes Gatchaman Crowds seems to emphasize is the important of unity, yes, but a unity consciously chosen freely by those who are fully individuals, regardless of race, gender, or age, and Hajime seems to understand and value these things, yes, but also seems to see the extremely practical “how to” process of beginning to cultivate this in whatever situation she is found and whoever she finds herself with … it will be interesting to see what she does this season. I do not anticipate blogging the series, but I will certainly continue watching it. ^^

Oh yes, extra thanks to Stilts from random c dot net for his screenshots for this post. 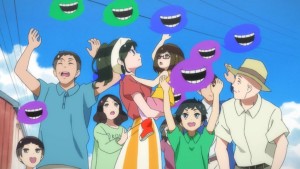 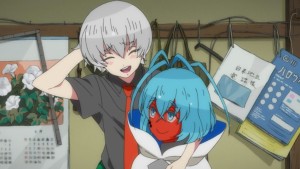