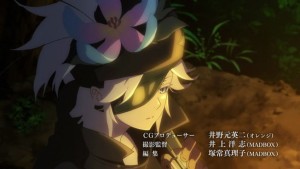 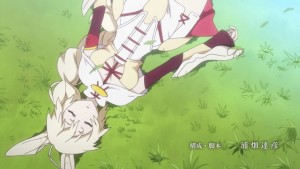 Amongst those who actively follow the Light novels that come out of Japan one of the recent series that I consistently hear praise for are the volumes of Rokka no Yuusha. So, on hearing that it was going to get an anime adaptation in the Summer 2015 season I decided to give the first few volumes a look through, and yes – I can definitely see the appeal of the series, and was curious to see how the studio adapting it (a studio that did a pretty poor job adapting Rail Wars, in my opinion) would fare in its efforts. Well, the long and the short of the story was that the first episode was outright excellent. And not only excellent, but creative as well – the studio decided to take creative liberties, but their decisions were bold and effective. 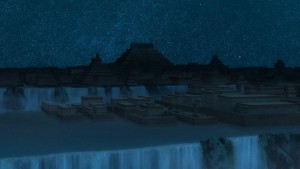 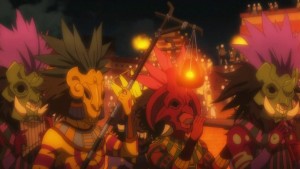 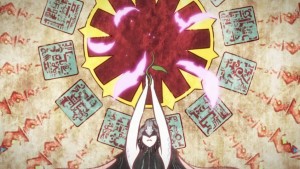 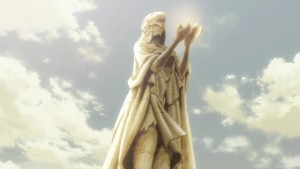 For those unfamiliar with the series here is the summary from Crunchyroll: “Legend says, when the Evil God awakens from the deepest of darkness, the god of fate will summon Six Braves and grant them with the power to save the world. Adlet, who claims to be the strongest on the face of this earth, is chosen as one of the “Brave Six Flowers,” and sets out on a battle to prevent the resurrection of the Evil God. However, it turns out that there are Seven Braves who gathered at the promised land....”

The strongest aspect of the series that stand out for me are the video/audio. The studio has decided to create a Central American background setting (Like the Toltec, Mayan or Aztec cultures) for this fantasy series rather than opting for the usual Medieval European one or that of ancient Japan – and it works. Brilliantly, I might even add. 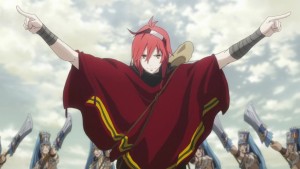 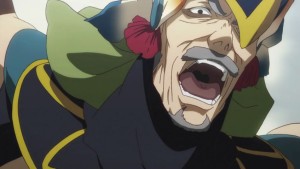 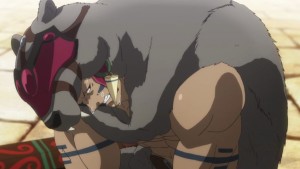 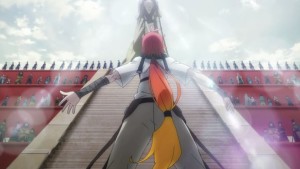 The artistic aspect of the visuals are not the only strength of the series though – the animation is also very good as well. But even more interesting to me was the choice to put an infodump in the first episode in the conversation between the Main Character (Adlet) and his future fellow travelling companion (the Princess Nashetania) while the former is in prison for “crashing” a state sponsored battle tournament and winning with some rather out of the ordinary/unusual methods of combat, all the while repeating (ad nauseum) that he is the “strongest man in the world”.

More than that – the series adopts a very welcome slow adaptation pace as well. Some are even speculating the one cour series may only adopt the first two novels, making for a six episodes treatment per volume … a pace that would be very welcome as far as I am concerned, especially when these days of an influx of light novel adaptations the volume per episode rate is almost universally rushed, sometimes going down to two or three episodes per volume. 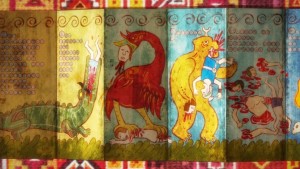 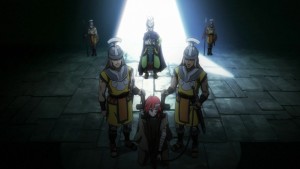 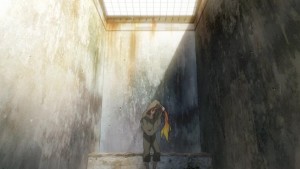 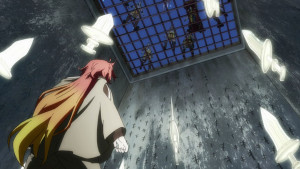 This is a series that reminds me a little of Winter 2015’s Rage of Bahamut in terms of its overall feel – it is an action based fantasy with a definite plot, story, world building and background and a great video/audio combination (I especially liked the ED), but with a twist of intrigue and mystery solving as well. I do not anticipate blogging this series either, but I will certainly be following it, and if it is able to keep up the pace and standards it set in episode one I could easily see it becoming a big hit as well as a big seller – both for discs and the novels proper.

With Rail Wars what ultimately broke the series for me was the terrible quality control (and I am not a stickler for such things – if I notice something something is really wrong) and lack of story or character development … it turned into a fanservice series. I doubt Rokka no Yuusha will do the same on that side of things, but whether or no the studio and the staff thereof will be able to stay consistent will make or break the series overall. 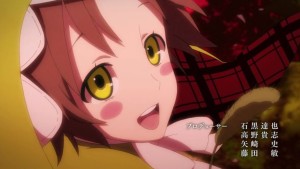 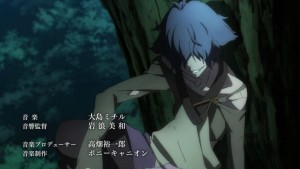 in Rokka no Yuusha