Well, well, well – that was an excellent final episode. I feel it used the strengths the studio and staff of this series have shown to be able to exhibit while avoiding the weaknesses. And for that I am very happy to see – and in fact I can’t help but feel glad for the series itself, somehow. This last mini-arc has indeed proven to be a strong one and has helped to bring a fine end to the series that has hithertofore been rather erratic. However, I do not want to go too much into all that in this post, and will save most of that for the final review post. 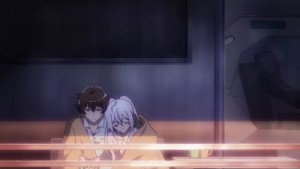 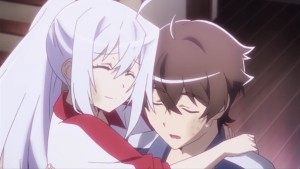 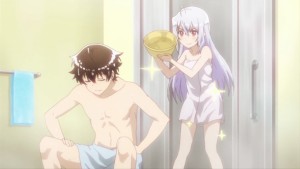 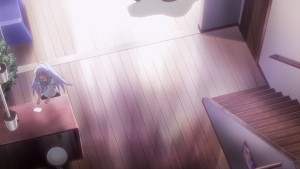 The final episode was, unsurprisingly, dedicated to Isla’s final day before her deactivation, and it begins even before daybreak – both Isla and Tsukasa are wrapped in a blanket on the balcony outside their apartment (did they wake up early or even sleep at all the night before?) and Tsukasa is reading Isla’s diary and asking questions of her for clarification. It is rather a touching scene, taking place just before daybreak, and admirably sets the tone for the entire episode. After that the two of them proceed to do a through cleaning up of the apartment, complete with a brief moment of clumsiness which, interestingly, does not feel out of place in this episode. Unsurprisingly they both get filthy in the process and so before heading out for the day they wash themselves thoroughly and take a bath. In all these scenes Isla is displaying a wonderful … well, freedom and innocence, I suppose. It is certainly refreshing after all these episodes. In any event just as they are leaving Isla puts a farewell letter on the countertop before heading out after Tsukasa. 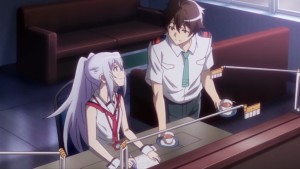 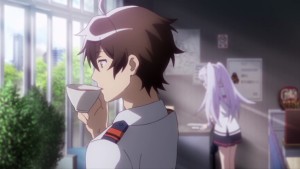 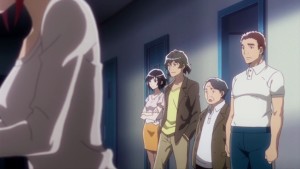 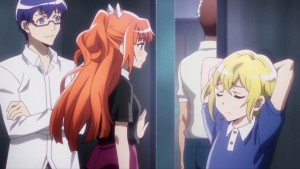 From there Tsukasa and Isla head to the offices of Section One Retrieval. It is still quite early in the morning, and we soon see the reason why – Isla is penning letters of farewell for her fellow workers of all these years (Tsukasa makes her some tea while she is writing) and placing them on their desks individually. As they are just finishing up Kazuki comes in, which surprises them both as Kazuki is not … erm … much of a morning person, shall we say. The usual banter and fencing takes place between them, as it does with absolutely everyone in the universe to varying degrees of obnoxiousness, it seems, and she affectionately tosses the two of them out of the office and encourages them to get on with whatever it is they were doing on Isla’s last day. As the pair leaves, we see that all the members of the office have arrived bright and early (though the Giftia techs are not shown) and they all agreed to sorta lay low and let them go on their way. Once again we are reminded how much everyone in the office cares for Isla. On their way out Tsukasa and Isla stop by the herb garden briefly, and decide to head to the amusement park next – perhaps Isla’s favorite place. 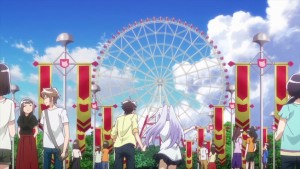 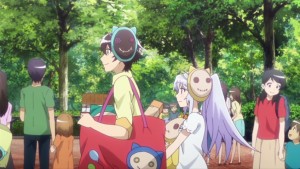 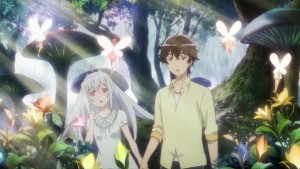 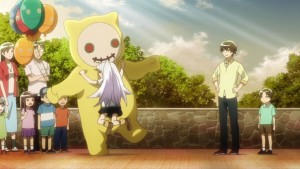 The scene in the amusement park is cheering and light hearted, yes, but it zooms by in a flash, and before Tsukasa is aware of it it is already dusk. Isla then brings him to the Ferris Wheel and says she has made arrangements for one last ride for the two of them, and that the caretaker of the wheel would stay until it was finished. And with this the beginning of an absolutely lovely scene begins – the climax to which the series has been headed pretty much from the get go; the final moments of and deactivation of Isla. It is Tsukasa who does it, but not before Isla and he spend some heartfelt and touching last moments together, complete with Tsukasa whispering to Isla the words she has whispered to so many Giftia over the years before their deactivation: “I hope one day you’ll be reunited with the one you cherish.” Yes, perhaps for some it may be a little “over the top” or embarrassing, but I found myself touched by it and tearing up. All in all I felt it was very well done (again it is the nice, simple background music as was played at the deactivation sequence of the Giftia previously as well), and a very fitting conclusion to the series itself. 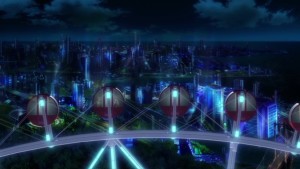 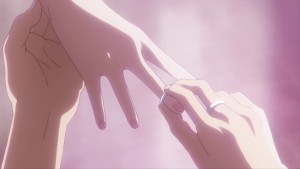 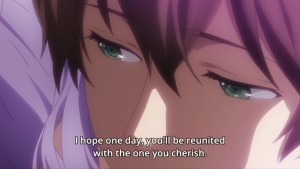 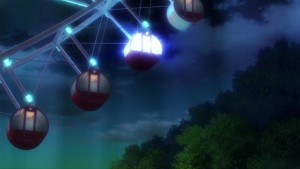 However after we are shown the ED song playing again – which is really effective and engaging for me, by the way…perhaps my favorite ED of the season – we see that time has passed and learn that it is now some 9 months later. Tsukasa has apparently just returned from a several month long intensive training to continue his work in Section One’s Retrieval office, and on returning all the members from when Isla was alive still seem to be there (again, we were not shown the techs). But on his return we also see that arrangements have been made for a new Giftia to partner with him. While we never see the face or gender of the Giftia proper (and there have been plenty of speculations on whether it was a boy or girl or Isla’s body again or whatever) we do see that life continues on for everyone and it serves as a fairly satisfying ending – at least for me. 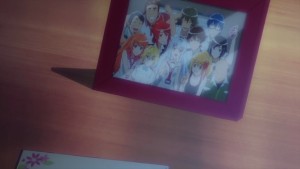 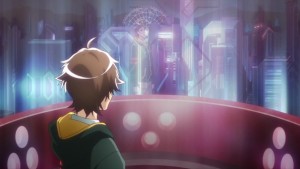 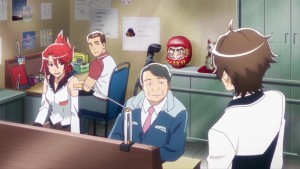 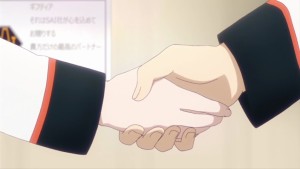 I will hold off on giving final thoughts here on the episode and the series and will save that for the overall review – there are many things I feel I still need to think about and mull over – but before I go, let me thank all the readers who have stuck with me through this series and the Show by Rock!! posts. I will probably be scaling back to covering a single series next season (like I did in the Winter 2015 season) as I am still kind of new to this blogging thing. ^^