Yahari Ore No Seishun Love Comedy wa Machigatteiru Zoku is the odd second season that not many fans of the franchise ever expected to happen. Not only did it happen, however, but it happened under a new director and studio in Kei Oikawa and Studio Feel respectively. Its definitely a great thing to see, as too much anime these days rarely continues its story, let alone concludes it, and so its a definitely a huge blessing and an exciting moment when a series that you thoroughly enjoy gets a second coming. 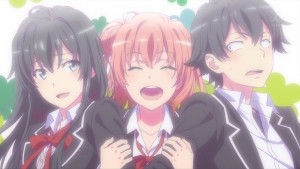 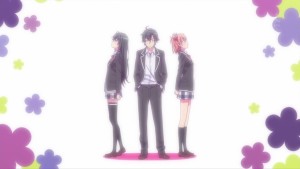 The issue, however, with second seasons is that they bring with them the expectations of a concluded story. And while Yahari Ore No Seishun Zoku is a great follow up to the first season, often times eclipsing it in quality and epic moments, it is not the season that concludes the story. The season actually ends on a rather intense cliffhanger, as the story very much reaches the point where its about ready to conclude.

Is that disappointing? Yes, yes it is. The only thing perhaps more painful than never getting a continuation of a franchise you like is seeing it continue very strongly, only to leave you hanging at the worst point in the story. And its the fact that Zoku is just so darn good, strong and entertaining in its limited thirteen episode run that really worsens the blow. 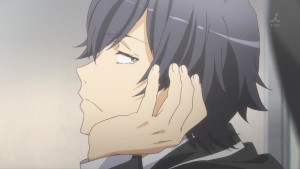 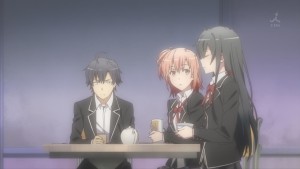 Having said that, is Yahari Ore No Seishun Love Comedy wa Machigatteiru Zoku worth a watch despite its rather painful ending? I really think it is.

For fans of the first season, watching this second season is a no-brainer. It not only revisits the characters and world from the first series, but also continues to build to something rather powerful. With 13 episodes, this season is just sublime, all the fat trimmed off in favor of an intense, lean experience. 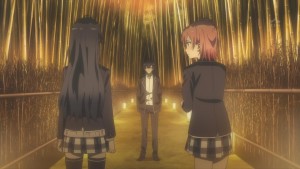 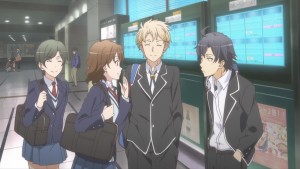 The story moving along at a quick pace, developing characters, providing answers to questions that the first season introduced is by far the highlight of this second season. What’s truly impressive, however, perhaps to the series’ detriment is the fact that the story doesn’t shy away from the core issue, and its core cast.

This season tackles the issues surrounding protagonist Hikigaya Hachiman, and the two main girls Yui Yuigahama and Yukino Yukinoshita head-on. There’s no beating around the bush regarding the core love triangle, and each character’s weaknesses and core issues are the main themes present within each arc that the show presents. 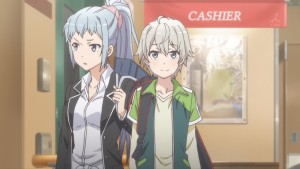 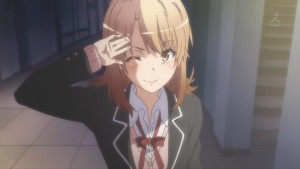 There’s always a maguffin to get the story rolling each arc, but it merely serves an excuse to examine the main characters and their motivations and relationships to one another. For a character driven show like Yahari, this really really works. It works so well, and it makes so much sense that its kind of shocking to wonder why so many Anime series avoid it so thoroughly.

But… Despite the fact that this season of Yahari is so darn good, there’s no doubt that the ending leaves you in a worse place than season 1. The adaption itself is a bit perplexing because of how it actually catches up to its source material fully by its 13th episode. From the way the story is developed at that point, it really does seem like the endgame is pretty much in sight at that point. Had the series waited for a little while longer, its conceivable that the light novel source material would’ve concluded in its entirety, leaving it ripe for adaption. 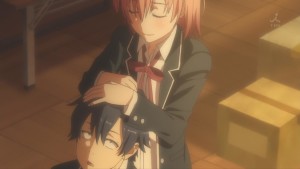 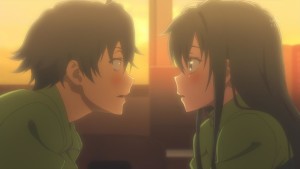 Instead, what it very much feels like is that there’s only a small bit of story left, that pretty much resolves the core question that many fans have; “Who does Hikigaya Hachiman end up with, if anyone?”. And this whole issues leaves the franchise in a very interesting place, as far as an anime adaption goes.

There doesn’t seem to be much story left for a third season, frankly. The only other options then, is for the story to either conclude in a bunch of OVA episodes after the light novel concludes, or not at all. You can guess which of those two options is likely to actually become a reality. My guess is that this might be the last time we see Yahari Ore no Seishun Love Comedy wa Machigatteiru in animated form, and that feels like a darn shame. I’ve been wrong before of course, and I’d love to be wrong again. Only time  will tell in that regard. 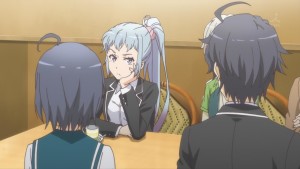 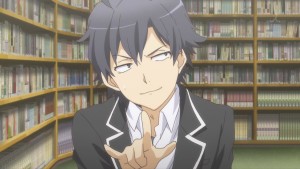 So, leaving continuation issues aside for a second, lets talk about the actual production of the show. It really feels like the decision to change directors and Studios was a really good one, because Yahari ore no seishun feels like a stronger show for it. The credit for the pacing and stellar adaption has to go to the new people responsible for this season of course.Art direction and character designs are markedly different but still recognizable and that’s because the series gets a new character designer in Yuu Shindou. The new character designs are a bit different, but definitely easy to get used to. In general the animation and art for the series is pretty well done and fairly competent.

Yahari isn’t the sort of show that begs for a lot of intense animation, so backdrops and locations are reused to great effect, as they would probably be used in a live action sitcom. It works pretty well, as the focus is squarely on the characters and their interactions and conversations. And when the pivotal moments happen? You can bet that the atmosphere, background art and animation are all going full throttle to amp everything up to eleven.It all works, and that’s doubly true in the sound department. The series composition is handeled by Shōtarō Suga this time around, and is markedly better and more poignant this time around. The Anime OP and ED theme in particular, outdoes the first season and is particularly memorable. 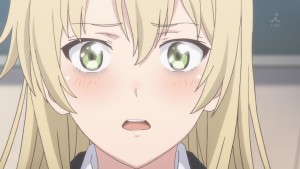 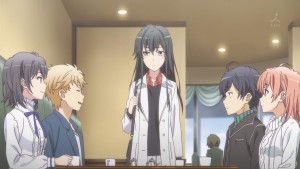 The voice acting, a staple perfection of the anime medium, is just as good, with seiyuu Takuya Eguchi (Hachiman), Saori Hayami (Yukino) and Nao Touyama (Yui) back and in top form. Nearly every character in this show is expertly voice acted, and its a testament to the anime medium, but also the voice acting talent in Japan that this aspect of the industry is just so well done and often taken for granted. The power and success of this season just couldn’t happen without the great voice acting work behind it alongside everything else.

Looking at the second season as a whole, Yahari Ore No Seishun Love Comedy wa Machigatteiru Zoku is a bit of a double edged sword. Its a perfect example of a sequel that really does get everything right, continuing the story, further developing its characters and just really nailing down things like pacing. Its also a perfect example of what makes Anime in general these days so heart breaking, in that it really does end in a horrible cliffhanger, without any mention of whether the franchise will continue in animated form or not. 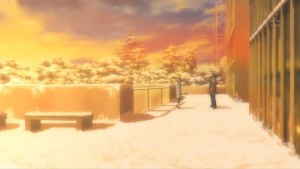 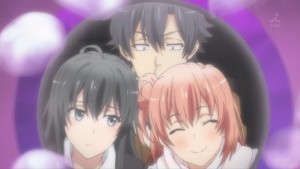 While fans of the first season will definitely find a lot to like here, Yahari Ore No Seishun Love Comedy wa Machigatteiru Zoku can’t really achieve greatness until it sees that cliffhanger resolved in some kind of proceeding series. And despite how good  it is, the ending does actually bring the overall value of the package a bit lower than the first season. We award it with a B Grade. Please let there be a season 3 or some kind of OVA conclusion!