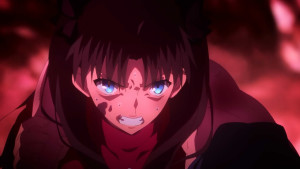 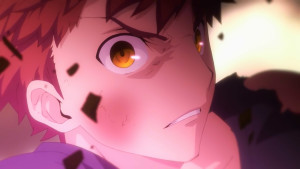 Whew, that was good fun. We got a great showdown there between Gilgamesh and Shirou along with some wrap up for the major threat. Looks like next week can be focused entirely on Shirou and Rin and seeing how they move forward from this event. It was definitely one that changed both their lives and gave them perspective going forward. It was just a fun episode with some great action and drama along the way. The different threats and efforts needed to be taken by the main cast to survive and come out victorious was pretty darn high. Everyone had to push themselves to pull this off and if it wasn’t for a bit of help on top of it all, it may have been impossible to win this.

It can’t be understated how in the end this win is heavily dependent on Archer. He just pulled the same trick once again. Keeping himself out of sight until the last moment when he could make a difference. In the end he did a great job sniping opponents in this war. He got the kill shot on Caster and Gilgamesh because he was smart in how he handled things. While he could have shown himself to Rin or Shirou, it was probably better to do what he did. He could conserve his energy and not have them change their plans to account for his presence. It made him all the more effective when no one could see him coming. Gilgamesh was never prepared for that last attack. They were dealing with the King of Heroes, if they couldn’t prepare well enough then there would be no hope of victory. 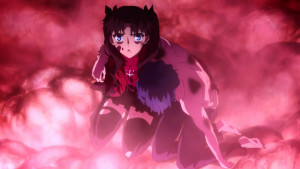 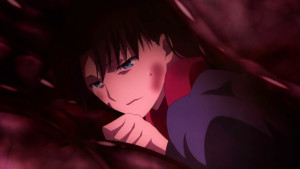 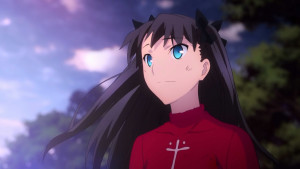 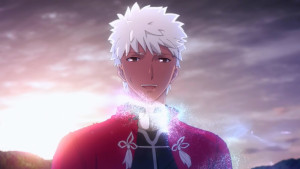 Props to Rin. I still don’t think there was much point to saving a terrible human being like Shinji, but oh well. I guess if you are going to go as extreme as they did in this series, might as well save the villains. The only downside is that she nearly got herself killed in the process. Stretching herself thin supporting Shirou and Saber, along with trying to drag Shinji’s half dead body out of the muck. It’s a miracle she could even carry them out of there even after Archer helped out. Rin really did give her all and showed a lot of guts. She also was as rational as always. Making the tough decisions that had to be made. She knew that the important thing was destroying the grail no matter what. Even if it meant Saber blasting her away, it would be worth it to save the entire planet.

I did like the last moments with her and Archer. They had a long road as partners with ups and downs along the way. He did cause all kinds of problems and tried to kill himself, that’s pretty crazy stuff. But in the end, Archer just found his way. Maybe all he needed was a reminder of why he was chasing that ideal in the first place. All the death and darkness would make it tough to endure without snapping. But, I think all the fighting and dealing with Rin again gave him some hope. That Rin would keep an eye on the current him and he could just keep on fighting on. Maybe reminding himself that someone like Rin existed out there and was part of this world would be enough to keep him from losing all hope again. Hard to go out unhappy when seeing how emotional Rin was getting. Seeing her so upset at the idea that she couldn’t save him from his current situation. Can really only go out with a smile in that case. 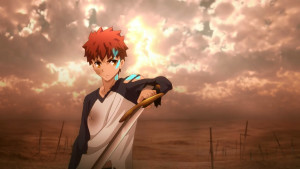 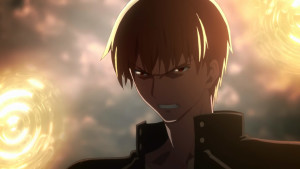 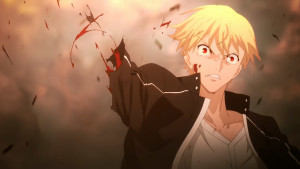 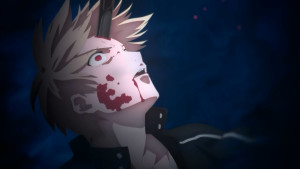 Of course the major focus here was Gilgamesh and Shirou. I’ll give the show credit, they managed to make it believable enough to me that he could do it. Part of it of course being that he held off on really fighting for such a long time. He never actually pulled out his armor which probably would have been enough to avoid the last slash doing enough damage. Heck, you could see the moment he lost easily enough. That moment he hesitated. Gilgamesh hesitated in using Ea and actually fighting with everything at his disposal. I’m sure he had other noble phantasms that would have been enough to get the job done, but he couldn’t bring himself to fight at his best until it was too late. Gilgamesh really is a powerhouse, but one that has his flaws. Like Shirou said, he’s a King not a warrior. That royal pride was enough to determine his defeat.

Of course I am more than happy about the defeat of Gilgamesh. After the stunt pulled with Illya, he fully deserved that. Beaten by a human, a faker, being sucked into the remains of that grail before Archer finished him off. It was a completely sad loss and much deserved after all he did. His efforts to massacre humanity was finally stopped. And even with all that was done, Shirou would have died without help. That is a good way to set the stage for this fight, just make it close enough that Shirou barely pulled it off even with everything that was in his favor. 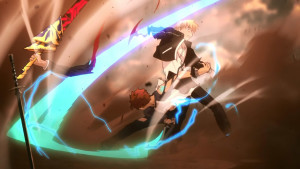 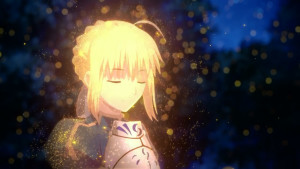 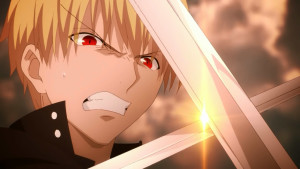 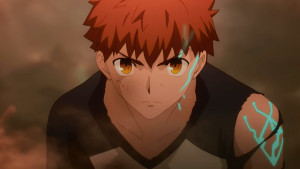 And it truly was a fun fight to watch. Shirou finally unlocking the UBW and reaching the point where he could keep up. Looking inside himself for the truth of who he is and what he fights for. Yes it is an ideal taken from someone else, but even still it is something he fights for and has dedicated himself to. It really represents him perfectly in his thinking and his magic. He brings out what is in his imagination into the world and he fights the real things with creations of his own. He’ll keep chasing that dream where everyone can be happy. Even if he can never get there, he’ll keep the chase going until the end.

The action was good and entertaining for this fight. Within that field Shirou does have the firepower to keep up with Gilgamesh. Instead of copying and creating swords as he sees them, they are already stored and ready to use. That in a sense gives Shirou a speed advantage. Gilgamesh still has to pull his weapons out of his storehouse, while Shirou has all his everywhere around them. He just needs to call them up and fire them. That was the one field where he could keep up with Gilgamesh and his weaponry. And in a one on one fight he was able to keep up since Gilgamesh isn’t very strong physically. His strength comes from his overwhelming firepower, he doesn’t need to fight anyone up close. 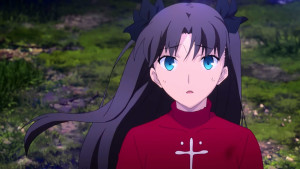 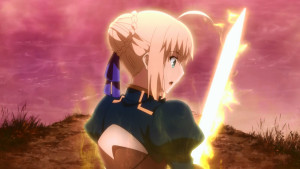 I’m glad that they will have time for an epilogue next week, it would have been a bit of a shame to just end like this. A major focus of the show has been on Rin and Shirou and we should see how those two ended up after all was said and done. I give my condolences to Saber, but really she finished her fight without regrets. The world was saved and the people she wanted to protect are safe. There wasn’t much more she could have asked for. This wasn’t really Saber’s adventure so that’s alright. She finds her path to happiness elsewhere. The important thing was getting the job done and they did. Now we can relax and look forward to seeing how everyone is doing after this crazy war was unleashed. Shirou will continue on his path and hopefully find a route that won’t just lead to despair. Rin can also put the death of her father now behind her and focus on living her life.
Score: A+