Okay, let’s be frank – I totally buy slice-of-life, romance’y portrayals with a light touch such as this week’s episode of Plastic Memories offered us, and probably much more than your average anime viewer. In the context of an initial glance at the story it is very nice to finally get to this point. However, nice moments like this in this series always (gently, if such a word can be applied to the effect) feel a little like rubbing salt into my wounds. When this series stays within its bounds and exercises restraint, of even “controls itself” perhaps, it is quite enjoyable – and this episode absolutely follows that general pattern in my opinion. Why, oh why then does it allow itself to “let down its hair” like it has periodically and create a cacaphony to the overall melody the series is able to produce?! 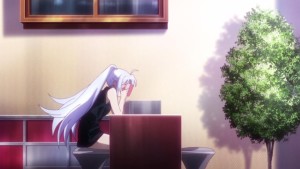 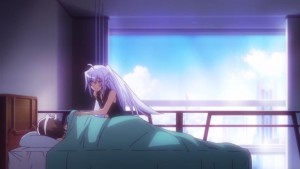 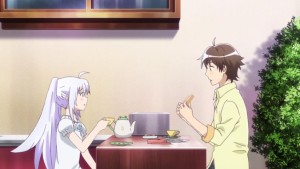 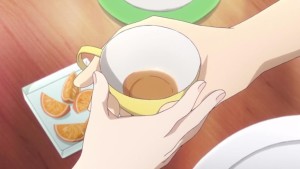 And I am not the only one puzzled by this – over the course of the series many have made similar comments … though to be fair there have also been some for whom the series overall “image” has been fine. Still, part of me can’t help but feel that this series could have been much, much better, and is a missed out attempt for something that could have made a much bigger impact. Of course there is still the final episode, and both episodes 10 and 11 have been pretty good thus far – perhaps a strong ending will be able to overshadow the overall strong initial impression and evaluation that the series’ “lack of restraint” and “clumsy, awkward bludgeoning touch” has left in me (particularly that created by the larger part of episode three). 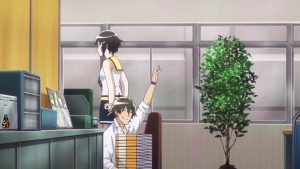 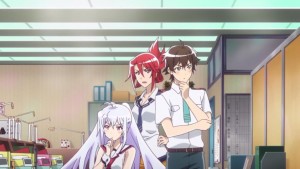 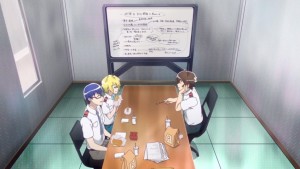 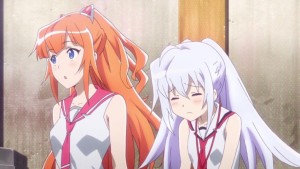 As things are, however, this episode was a delight – if there is one thing the series is successful at doing quite well it is evoking compassion and emotional involvement for the struggles of it’s main character – the android Giftia Isla. As a result it is quite nice to see her finally “allowing herself” to be happy just before her end. One of the things that makes Isla so endearing and sets her apart a teeny bit from other Giftia is the combination of her … erm … reflectiveness on larger questions (something which seems quite rare in Giftia in general) and her subsequent compassion for others – both Giftia and their owners – combined with her childlike innocence. It is really an endearing combination, but her practical activity and her “legacy” at the Section One’s retrieval office really is wonderful and even admirable in a way. Early on in the series I was struck by how the way Section One went about the retrieval process reminded me of sensitive and “heart-filled” funeral home workers, and hoped that they would continue to “unpack” such an approach … something they did a bit in the retrieval of the Giftia Marcia in episodes 4 and 5. 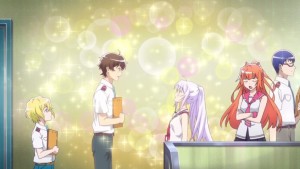 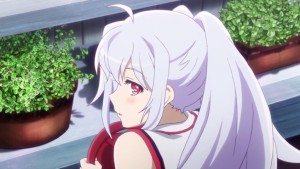 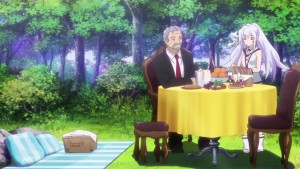 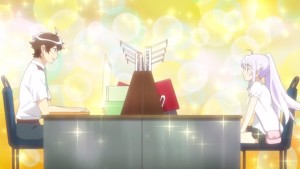 Another wonderful strength of the series that I have come to appreciate is how much the entire Section One retrieval office seems to care for Isla. While it is true that a few of them (particularly Michiru for much of the series until episode 9) and Kazuki (who just may be a difficult, brash personality at the moment in general) were downright rude and disrespectful to Tsukasa, the others were also generally “normal” towards him. In any case on the whole while for some viewers the the “public element” of the relationship of Isla and Tsukasa may make us uncomfortable (for various reasons) it cannot be denied that at the present in the story they are supportive and are really … well … sorta plain ole’ “good folks”, irrespective of whatever personal quirks or weaknesses or annoying qualities they may have. This is something I have enjoyed seeing. Particularly the small yet noticeable maturing of Michiru in the last two episodes has been a refreshing change to the overall trend before now! 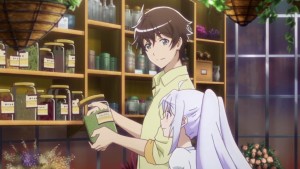 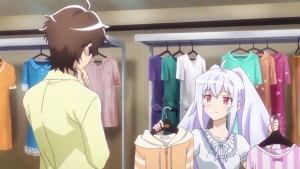 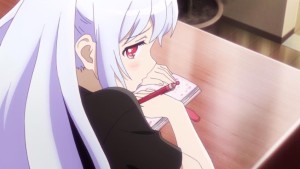 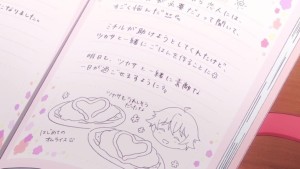 All this being said we still have two episodes remaining … and there is bound to be some sort of drama, tragedy and possibly even some (somewhat) unexpected twists in the story; probably there is not enough time to really make an initial delving into so many of the themes that the series has scratched the surface of, but it may be able to do some of that. I have been thinking that if the series had restrained itself more and had had more time it could have become a really interesting and thought-provoking sketch of a sci-fi work, perhaps something approaching the lines of the famous movie Blade Runner. One of the most fruitful subjects in science fiction when there is artificial (or even alien) life involved are the questions “What is a human being?” and especially “What does it mean to be a human being?” This series thus far has only barely grazed these questions thus far, but perhaps it will be able to hit closer to the mark as Isla’s “expiration date” comes closer and closer.

Once again – many thanks to Passerby from randomc dot net for the screenshots and being able to cover for my laziness as a result. ^^