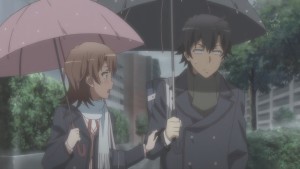 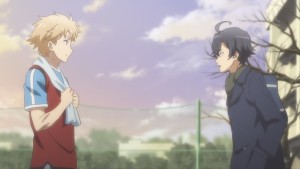 Yahari’s third season has pretty much had a momentum going since the first episode, but even I wasn’t expecting things to keep progressing at this pace. You’d be hard pressed to see anything like this series from any other Light Novel adaption, its just simply not a common occurence. The fact that the anime industry at large has conditioned me to not expect natural progression and story development is scary in itself, but it really does give Yahari Ore no Seishun’s second season a clear place to distinguish itself from the competition.

You’d think that a story needing to keep tackle its central conflicts is a no brainer, yet so many anime, manga and light novel franchises get away with avoiding said conflicts entirely. Its only near the actual end of that franchise that a conclusion is suddenly rushed into, often with mixed results. What’s making Yahari such a joy watch is that not only is it heading to some kind of definitive conclusion, but its in the various call backs to the first season’s so called resolved plot threads, that’s truly bringing in some interesting material. 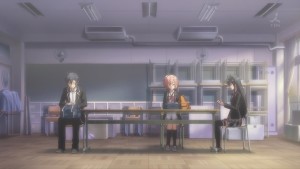 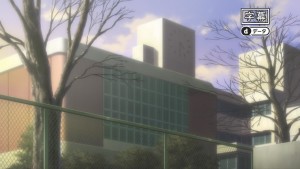 If I were to describe what I felt in this episode, it was that things had irreversibly been changed. It really does feel like high school is at its end for Hikigaya and his friends and classmates. Everyone’s going in their specific directions, and there’s a lot of divergence between each person’s path.

The issues with the Service Club aren’t just there, the club is pretty much broken at this point. I had mentioned the whole thing with the student council, and how Yukino had wanted certain things, but it was refreshing to see Yui ask those same questions. Did Yukino want to be the student council president? Yes, yes she did indeed. But beyond just that, I think what she wanted was the support of both her friends. 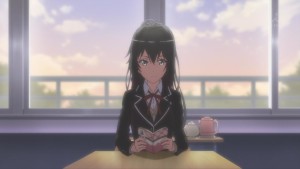 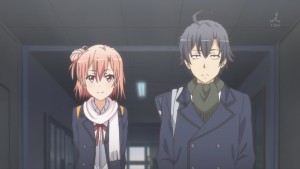 Instead she ended up having Yui decide to challenge her as  a student council president, and then have Hikigaya pretty much destroy any need or excuse for her to run in the first place. The major reason for those actions were obvious at first, namely that Yukino being the tsundere that she was, gave off the impression that she didn’t WANT to be the student council president. Maybe she didn’t until her sister pressed her into it, but regardless, she changed her mind at some point, and didn’t communicate this to her friends at all.

The end result was that Yui and Hikigaya ended up fighting desperately to preserve what they had with her but ended up killing it entirely. Its a pretty messy situation, one that’s pretty much ended any comradery or friendship they had. Unlike how Hikigaya managed to keep things consistent for Hina, he pretty much failed in this case. The fault lies with all three, for not being able to understand each other, but I guess lack of communication and misunderstandings can do that. 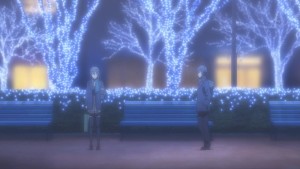 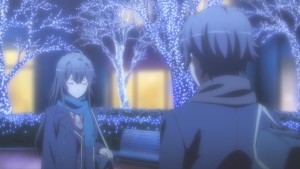 Its pretty heartbreaking to see this happen, and the last gutt punch actually came at the end of the episode, when Hikigaya and Yukino ran into each other. The meaning behind the words Yukino said to Hikigaya were unmistakable. In her mind, Hikigaya was never really a friend of hers, and was just pushing himself to “look out for them”, in her own words. Its a pretty cold and harsh thing to throw at someone, but this is the place where Yukino is at right now.

She’s all but given up, as Hikigaya himself correctly figures out moments before he runs into her. She’s given up on their friendship for sure, but even more so she’s given up on what she thought was right. The part where she talks down on herself, mentioning that she only thought she understood is strong evidence of the fact. Its also really sad, because it shows that events have pretty much deconstructed the proud girl, into a quiet, remorseful shell. 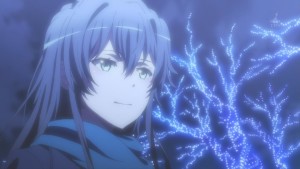 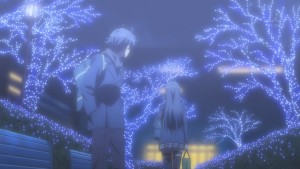 And I think, despite whatever misunderstandings happened between the two of them, Hikigaya didn’t deserve the stuff that was said to him. Yukino wasn’t exactly rude per say, but she just refused to acknowledge any relation between them. In essence, this was the part where she officially told him, “We’re just strangers, take care.”

This is actually kind of perplexing to me, since Yukino was supposed to be one of the pillars of the show’s central love triangle. With this, I just can’t see how she’s even in the running anymore, or if she ever will be. I’m not sure what’s going on here, but I think that the series is writing itself into a corner with regards to any Yukino x Hikigaya potential endings. Right now I really do wonder if the two of them will ever even be friends, if nothing else. 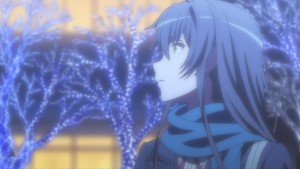 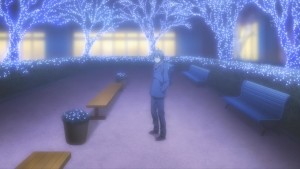 All I can say is that it must suck to be Hikigaya at that moment. After all the guy did, he pretty much ended up getting the worst kind of result. And while Yukino’s convinced that Hikigaya can solve every issue on his own, I’m not quite so sure.

Things continue to spiral out of control for the Christmas event. Even the generally socially conscious Hikigaya pretty much calls out the idiot Student Council president for his constant avoidance of actually deciding something but it falls on deaf ears. Instead, a bunch of grade school girls end up arriving, with nothing much to do. 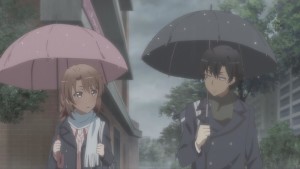 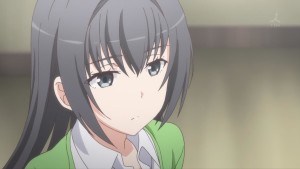 Its here we see another character return, Tsrumi Rumi, the little girl that the service club helped during their summer vacation. Its with this little call back, that Yahari lays it out pretty plainly: Hikigaya’s methods were more of stop gap fixes rather than long lasting solutions. In some ways, he gave people what they wanted, and manipulated them into it, but these methods haven’t created true change. That’s a pretty intense thing to realize, but I think what Hikigaya does did help, if only a little bit.

As he very much points out, what he does isn’t the end all be all of the issue, but rather just a start. Its up to the actual person to fix their situation from there on. To add to all of that, the whole deal with Iroha is going pretty south. Again, Hachiman is pretty aware of the big issue – He’s doing all the directing rather than supporting Iroha. This doesn’t help the issue, since she’s supposed to be the student council president, not him. 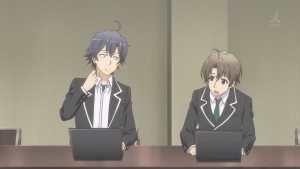 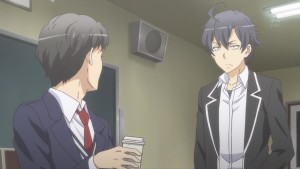 Right now, things seem pretty dark and depressing for Hikigaya and all the close friends around him. To say he’s going through a tough time is an understatement. Even the ED theme is a lot more sombre this week, which is a fitting choice, since the generally upbeat tone and rhythm would definitely throw off the power of the last few moments of the episode.

I’m genuinely curious as to how Yahari and Hikigaya are going to make it out of this arc. We’re about half way through the series, and it feels like we’re getting pretty close to the thematic ending of the story itself. What I’m wondering is if things will pick up from here, and get better, or if we’re in for a bittersweet ending to this story. 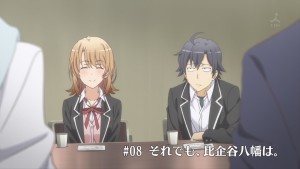 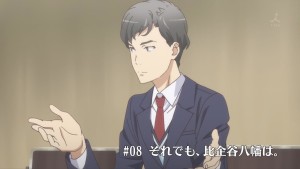 The next episode is titled: “Even so, Hikigaya Hachiman”, so something is definitely going to happen… Hopefully. Seems like the Baka Shachou is still going on and on about nothing…