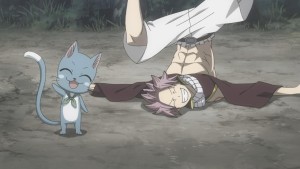 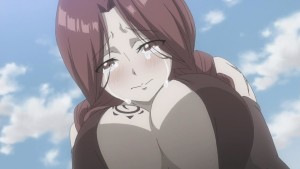 Its a bit odd to see the last episode of an arc not only be a solid conclusion, but also the best and most complete episode of the entire arc. “Song of the Fairies” definitely had all the things that make Fairy Tail a great series and story. The pacing was a huge step up from previous weeks, there was no filler content or unnecessary padding and even the production values were at a point where they felt solid and competently done.

It’d be a lie to say that I haven’t enjoyed the Sun Village Arc, but the strict schedule for the adaption definitely hurt what was an otherwise fun arc filled with great moments.  If last episode was where the actual conflict ended, then this episode was a solid epilogue, one that should really be done in nearly every arc based anime series. Everything was just neatly tied up and issues for the upcoming stories cleverly set up. 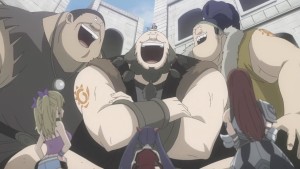 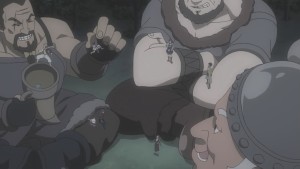 In many ways, this episode was the feel good episode after the intense battle that everyone had just gone through. Seeing Natsu and co have fun and enjoy themselves with the Giants was fun to see. The Sun Village is a nice, warm and welcoming place, filled with probably some of the nicest Giants ever.

Particularly “feel good” was Flare’s return and reconciliation with her “parents”. The whole scene was just classic loving family dynamics at play. For all the hate I had for Flare, it was nice to see her not only grow as a character, but see a nice character arc show itself over the past few episodes. 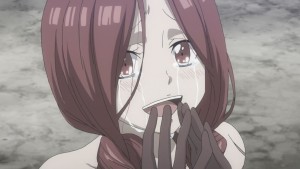 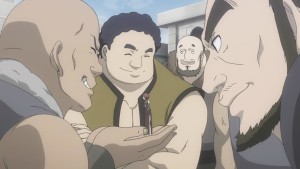 It seems like Flare’s story is pretty much done, for now. Given the great potential we saw from the character, and given how well Mashima-sensei developed her, I hope we see her again later down the line.

I think one of Fairy Tail’s greatest strengths as a story, is just how many good characters are littered throughout its already massive world. Flare is just the latest addition in a diverse cast of supporting characters, one that could easily very much spiral off into her own spin off story, if the interest was there. Maybe she’ll be leveraged in the next inevitable filler arc, who knows? 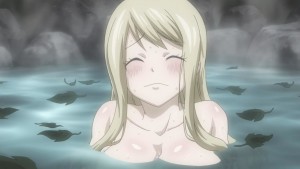 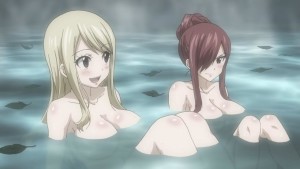 While the first half of the episode was all about Flare and the Sun Village, the second part was just as good and intriguing. Natsu and co returned to Warrod to give their report, and claim their “reward”. This obviously led to a good old fanservice scene, alongside a more heartfelt conversation between Warrod and the young Fairy Tail mages.

As viewers, we’ve known for a while that Warrod was one of the original Fairy Tail founding members. Seeing him reveal it to Natsu and the rest was about as great as you’d expect. There was a genuine sense of excitement, wonder and joy in the air at the reveal. Even more so, however, it felt like good payoff to something that had been introduced skillfully at the start of the arc. 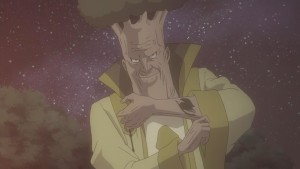 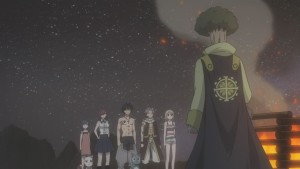 I’m rather curious as to why exactly Warrod retired as a member of Fairy Tail, and didn’t go on to lead it as a master. The obvious answer is that he’s not exactly the intense, leader type. The bigger question though is how that whole thing works? The retirement thing I mean.

Warrod clearly left Fairy Tail to retire at some point, and then became one of the Four Heavenly Kings of Ishgar. I’m sure we’ll get some insight into that somewhere, whether its in the core story, or whether we see the Mavis spinoff manga animated some day. 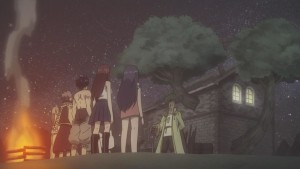 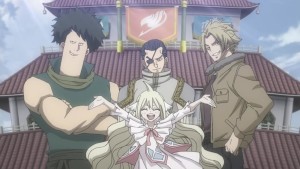 Beyond that, there was more teasing for Tartaros, the Dark Guild, and via Minerva at that. I think Minerva’s whole deal was perhaps the weakest aspect of this otherwise solid arc. It seems that only bad things happen to the woman, however, as she returns to Succubus Eye to see the entire guild done for thanks to the “Enhancement Magic” of one of the Nine Gates of Tartaros, Kyoka.

There are a few interesting things that happen here… Firstly there’s the fact that the entire guild pretty much gets decimated thanks to Kyoka’s magic, in an effort to gather soldiers for some “big operation”. Secondly, this isn’t some punishment or retaliation for Minerva and Doirate’s failure at “defending” the Sun Village. It seems like that whole mission was a person request from the Ice Devil Slayer Silver himself, rather than official Tartaros business. 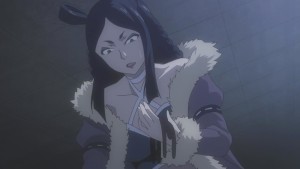 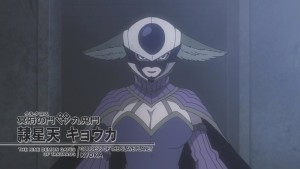 And of course, the third thing that happens is that Minerva gets “Enhanced” by Kyoka, which is where the scene pretty much ends at. Time will tell if Minerva is going to play a part in future events, particularly when Fairy Tail and Tartaros go head to head. Hopefully her story arc fares better than it did in this arc, where she started strong but quickly descended into petty mediocrity.

In any case, the stage is set for a full on confrontation between Fairy Tail and Tartaros. There’s the whole issue of the END demon, which ties pretty strongly to Natsu’s own past. Then there’s Silver, and his relation to Gray, and to top it off is whatever large scheme Tartaros is planning. It’s all exciting stuff and it makes me genuinely ex tactic to watch Fairy Tail week for week again. 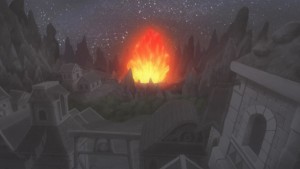 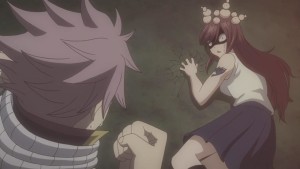 I won’t lie, the adaption issues had me pretty frustrated, and I’m still a bit weary of them. I really am hoping that A-1 Pictures bring their A-Game into the next arc. Not only have I heard such good things about it, but its the first major arc in a while that we’ll see. The pacing has to be as good as it was this episode. The fights can’t be disappointing, and the production values need to be better managed. As a fan, and a first timer into the whole story for the Tartaros arc, I really hope they don’t mess it up.

Fairy Tail’s second series has been a mixed bag since it came back, but hopefully its all been building up to this. I actually don’t have extremely high expectations for the new arc, since there’s always the danger of being over hyped by things like this, but I am hopeful that the adaption is the same solid stuff we saw this episode. 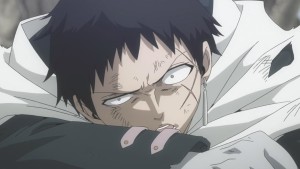 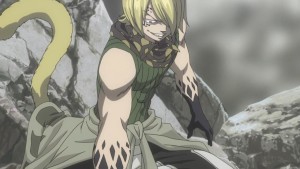 The “Prologue” to the Tartaros Arc begins. See you all next week/in a few days!